From the Margins to the World

Basque poet and novelist Kirmen Uribe explores the importance of "minor literature" in a world of global books.

Kirmen Uribe writes in Basque and Spanish. His works include the novel Bilbao-New York-Bilbao (2008), which won the Spanish National Literature Award, and his novels and poetry have been widely translated. During the 2018-2019 academic year he was a Cullman Center Fellow at the New York Public Library. This fall he has been named a Weiss International Fellow in the Department of Spanish and Latin American Cultures at Barnard College. 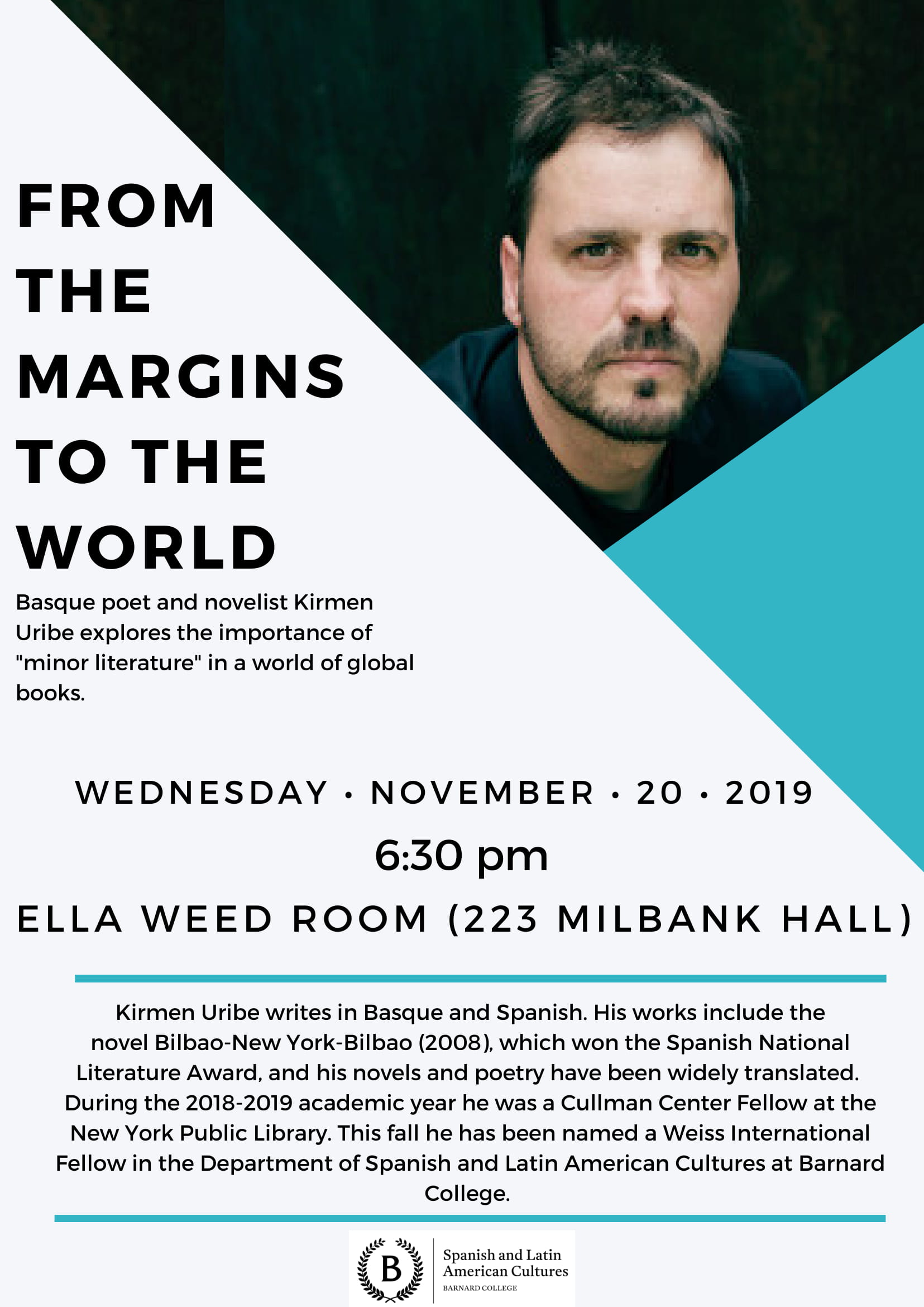