A blueprint to improve the world's well-being.

When a woman walks five miles for clean water, she may not realize the impact she has on global health, but members of the Commission on Smart Global Health Policy do. And they believe it’s time for political leaders in the United States to take action and help. U.S. politicians may be focused on health-care reform inside their own borders these days, but the commission believes they should also be thinking globally. Women and children in poor countries need U.S. help to fight diseases and malnutrition, according to a report just released by the commission, which was organized by the Center for Strategic and International Studies (CSIS).

“The U.S. really can do a lot to make a difference in the lives of the world’s poorest,” Gayle told an audience of professors and health-care researchers. “The world is counting on us. Our role is valued. And it’s the right thing to do.”

The commission was created by the CSIS in April 2009 with co-chairs Gayle and Admiral William Fallon (ret.). Two months later, they brought together about two-dozen opinion leaders from the worlds of business, finance, politics, and the media to talk about a strategic, long-term U.S. approach to world health. “It was a challenging and daunting mandate,” Spar said. The commission worked for many months before issuing the report.

In August, several members traveled to Kenya to see firsthand the progress of U.S. health projects, as well as the challenges they face. The group visited major global- health centers in North Carolina’s Research Triangle and northern California’s Bay Area. They held conference calls and consultations to discuss the report, but they also sought input from the public. The members set up an interactive Web site, smartglobalhealth.org, where people could post questions, personal stories, and photos from their own lives and experiences. “Thousands of people signed on and gave us input,” Gayle said.

Sharing information with the public and getting feedback through the Web site was a critical effort for the commission, said member and new media expert Joe Rospars. The effort had to be transparent or it wouldn’t be taken seriously. “We tried to actively engage people in that conversation,” he stated.

The result of their efforts is a report titled “A Healthier, Safer, and More Prosperous World,” published on March 18. The state of health care may vary considerably from Haiti to Sierra Leone, but the report shows how U.S. aid could help them all. The report’s plan of action calls for the U.S. government to maintain a commitment to fighting AIDS, tuberculosis, and malaria; make the health of women and children priorities; strengthen prevention efforts and the ability to manage emergencies; improve the organization of agencies here in the U.S. and their ability to work together in a crisis; and support the achievements of multilateral institutions.

The U.S. will have to make smart investments that will show tangible results because tough financial choices always have to be made, noted Kay Granger, who serves as the ranking member of the House appropriations subcommittee on state- foreign operations and also serves on the defense appropriations subcommittee. But she has seen infant mortality and deaths during childbirth drop significantly in countries that already receive U.S. aid. “It is sometimes hard to convince people that there is reason to spend money in foreign countries,” Granger said.

Getting the commission’s message out to the media is another challenge, Paley Center CEO Patricia Mitchell pointed out. She had the difficult task of trying to get the attention of reporters. “That isn’t an easy thing to do,” she said. “It’s a crowded media world.” Thanks to technology, things are changing fast. Mitchell talked about how the commission used social networking media to get the word out on its own, instead of just relying on the mainstream press. And she talked about how new technologies are being used to help women in poor countries, even basic technologies such as cell phones. In a pilot program, women in rural Afghanistan who didn’t have electricity were given cell phones, using them to contact midwives when a woman was having a baby. Complications from pregnancies dropped considerably. “We know that this can work,” affirmed Mitchell.

Audience members had a wide range of questions for the commissioners. A former Peace Corps volunteer in Guatemala asked if the commission had thought about simple ways to improve nutrition, such as distributing water purification packets; one goal of the commission members is to explore ways in which local populations would receive the needed tools to address such issues. Another asked about the role businesses should play in improving health care, and Gayle responded that the commission is doing a lot of work with the private sector. A physician from pharmaceutical giant Pfizer pointed out that a big challenge in developing countries is a lack of infrastructure, which makes creating public/private partnerships difficult.

Gayle also talked about the lack of health-care workers in poor countries and how weak governments make it difficult to train more. “It’s one of the critical challenges,” she said. A doctoral student from Columbia University noted it’s even difficult to find some specialized health-care programs here in the U.S.; she is interested in researching the topic of maternal survival, but hasn’t been able to find such a program.

Gayle concluded the discussion by noting the commission’s work was just beginning; issuing this report was the first step. “We’ve got to take this to the streets,” she said. “We’ve got to use this as a tool for advocacy and make this a rallying cry.” 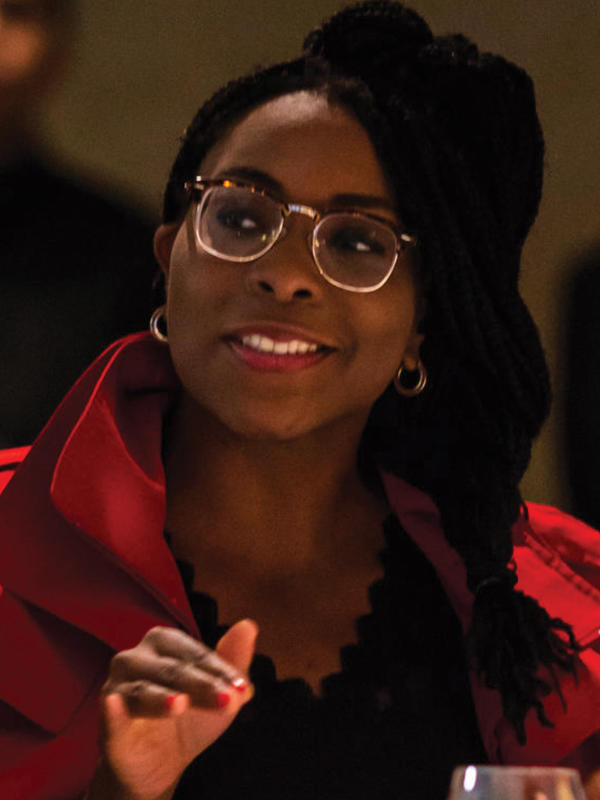