A first look at a new, student-designed space on campus.

This week, Barnard students got their first look at a new place on campus for meeting, studying, and just hanging out. “The Hive,” conceived and realized by architecture students with the help of their faculty and Barnard Facilities, is now open and will serves three distinct needs with a lounge, meeting areas, and an exhibition space. A weekly sign-up sheet will allow students to reserve the meeting areas, and exhibitions will be organized through a newly formed SGA Arts Committee.

In celebration of The Hive, an open house was held on Tuesday and between classes, students dropped in to check it out. “This is really cool,” said Meghin Sadsad ’15. “I can see how it will be a versatile space, with lots of options for seating. And it’s fun for people-watching, too.”

“I’ll be interested to see how students will actually use the space,” said JungHee Hyun ’13.

Formerly known as the Altschul Atrium, the light-filled site served as a coffee shop during the construction of The Diana Center, but since then has been largely unused by the campus community. President Spar, responding to widespread student desire for more hang-out spaces on campus, saw an opportunity to revitalize the Atrium into something practical and community-minded. She turned to the architecture department for ideas and student input.

During spring semester of 2011, an optional workshop was held to reimagine the Atrium as a space that students would use both academically and socially. Led by two graduates of the architecture department, Shanshan Qi '06 and Charles Curan CC '06, current architecture students gathered over the course of three weekends to generate ideas and draw out possible designs. Over the summer, Professor Todd Rouhe’s architecture firm Common Room worked to turn the students’ designs into a plan for renovating the space. “We presented ideas back to the students, talked about their concepts, and invited them to participate in the actual design, fabrication, and building processes,” says Rouhe.

Throughout the building process, students remained heavily involved. They worked directly with the carpenter, Robert Kalka, to install the central structure, which divides the space into three areas. The seats—hexagonal wooden stools with removable cushions cased in canvas—were designed by two architecture students, Zoe Namerow ’13 and John Buonocore CC ’12. They built a prototype and tested it for durability. The wood for the seats was cut using tools in Columbia’s Architecture Workshop and the cushions were sewn with the help of faculty in Barnard’s architecture department. First-year students even helped assemble the seats during New Student Orientation.

“The greatest part is that students built this,” said Namerow, noting that she really appreciated the opportunity to work on a collegial level with professional architects. “Those of us who were involved really feel a strong connection to the final product. There’s an unofficial student claim on this space that doesn’t really exist anywhere else on campus.” 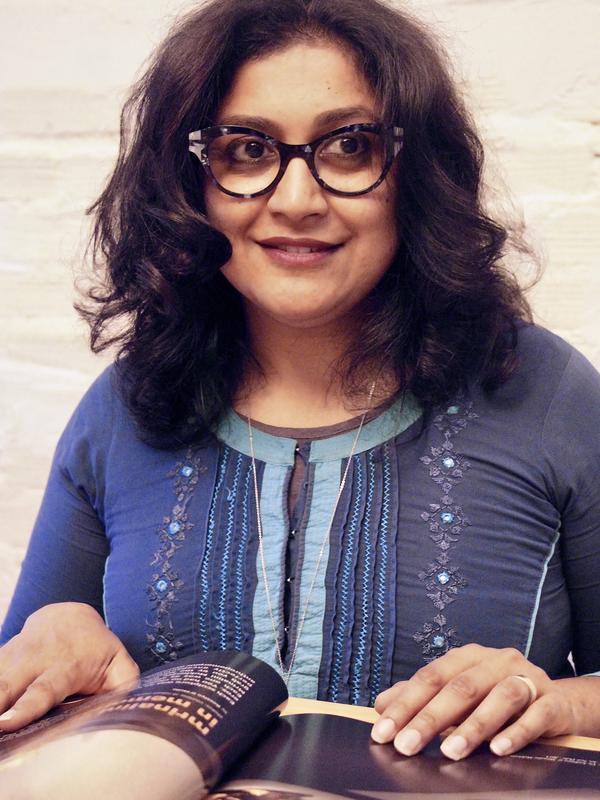