Milk: A Local and Global History 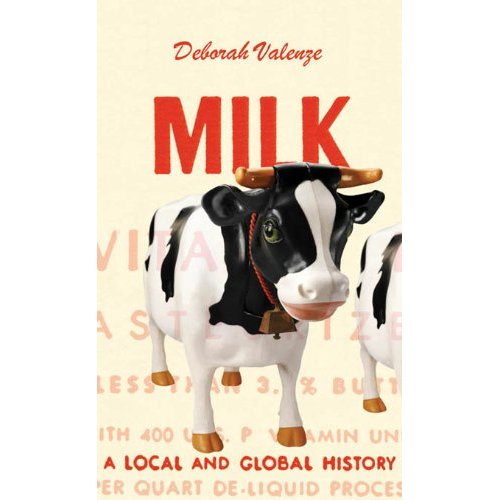 by Deborah Valenze, Professor of  History

How did an animal product that spoils easily, carries disease, and causes digestive trouble for many of its consumers become a near-universal symbol of modern nutrition? In the first cultural history of milk, historian Deborah Valenze traces the rituals and beliefs that have governed milk production and consumption since its use in the earliest societies.

Covering the long span of human history, Milk reveals how developments in technology, public health, and nutritional science made this once-rare elixir a modern-day staple. The book looks at the religious meanings of milk, along with its association with pastoral life, which made it an object of mystery and suspicion during medieval times and the Renaissance. As early modern societies refined agricultural techniques, cow's milk became crucial to improving diets and economies, launching milk production and consumption into a more modern phase. Yet as business and science transformed the product in the nineteenth and twentieth centuries, commercial milk became not only a common and widely available commodity but also a source of uncertainty when used in place of human breast milk for infant feeding. Valenze also examines the dairy culture of the developing world, looking at the example of India, currently the world's largest milk producer.

Ultimately, milk's surprising history teaches us how to think about our relationship to food in the present, as well as in the past. It reveals that although milk is a product of nature, it has always been an artifact of culture.