Constance Hess Williams is a woman who spent much of her career as a leader, and she is anxious to pass the torch. A member of the Pennsylvania House of Representatives for five years beginning in 1997 and a Pennsylvania state senator for two terms from 2001 to 2008, Williams is emphatic: Women must play a larger role in both state and national elective offices. “My greatest wish is for 50 percent of all elected officials to be women, since we are 50 percent or more of
the population,” she says. She has put a lot of thought and financial resources toward this goal, trying to determine how to give more women the confidence and self-assurance to lead. While some aspects of being a leader are innate, Williams believes there is a certain language of leadership that one can only learn by being around other leaders. Young women, particularly those attending liberal-arts colleges, should have exposure to politicians, businesspeople, and other leaders. And they need to learn the language of leadership to join the conversation.

It was this notion that inspired Williams last summer to endow the directorship of the Athena Center for Leadership Studies at Barnard. Named for the Greek warrior goddess known for wisdom and rational intellect, the center is committed to creating and supporting visionary women leaders through fellowships, mentoring, scholars programs, and other initiatives that put young women in spheres of influence. The center is also creating its own power circles, reaching out to existing leaders among Barnard alumnae as well as members of the community at large for inspiration and guidance. Williams’s support will help cement Athena’s current leadership: Kathryn Kolbert, who has been with the center from its inception, has been named the first Constance Hess Williams Director of the Athena Center.

Anyone walking through Barnard Hall these days may happen on one of the center’s flyers with the tag line: “Glass Ceilings Are Meant to Be Broken.” Williams is a bit of ceiling-breaker herself, although she did not initially set out to be one. The daughter of oil magnate and onetime owner of the Jets football team, Leon Hess, Williams was encouraged to study art, literature, and music. “To be a good wife,” she says. This was typical among women at Barnard, even in the Mad Men era. Betty Friedan’s groundbreaking Feminine Mystique was a recently published sensation, but the woman’s movement had not yet taken root. “In my graduating class at Barnard, one either was married or was going to graduate school. I think I was one of only a few of my classmates who went to work,” she notes. Williams never reflected on what she wanted to be: She studied English at Barnard because she loved books and never considered anything else. It was expected that she would find a good husband and work to be his helpmate. Leadership was not part of the equation.

Years after graduation, working in direct marketing at a small publishing house in Philadelphia, she was often frustrated in her attempts to lead on a project. As soon as she was close enough to close a deal, the male heads of the publishing house would take over. When her brother suggested she go to business school, she took the advice and pursued her MBA at the Wharton School of Business at the University of Pennsylvania. Williams learned “the vocabulary and the language of leadership” at Wharton: “I gained confidence. It doesn’t matter how smart you are, if you don’t know how to have the conversation,” insists Williams. Exposure to leaders helped her understand how to have that conversation. It opened doors to leadership in her local Democratic party, to run for election herself, to pass key legislation, and to become a leader of the Democratic caucus in the Pennsylvania Senate.

A Barnard trustee for 10 years during the 1990s, Williams has been an active supporter of the College. Under Judith Shapiro’s presidency, Williams established the Constance Hess Williams Fund for Women in Politics in 2005, which aimed to help students gain real-world political experience by funding paid internships to work on political campaigns, in governmental agencies, and in the offices of public officials. The success of this leadership initiative provided one of the catalysts for creating the Athena Center. “When Debora Spar came in, she really wanted to institutionalize this leadership. That’s how Athena evolved. It went beyond political leadership,” says Williams.

The Athena Center’s own leadership is a point of pride for Williams. Kathryn Kolbert is a renowned civil-rights lawyer who has long fought for women’s and reproductive rights; she also has extensive experience in the nonprofit world. A fellow Philadelphian, Kolbert is also an old friend. “I’ve known her for years. Kitty is a great leader, she brings much to the table,” enthuses Williams.

Williams herself will remain at the table, as a member of the center’s board of advisors. Retired from politics after her Senate term ended in 2009, she spends most of her time these days as the chair of the board of the Philadelphia Museum of Art. But Williams hopes to remain an active part of Athena’s progress and plans. Having celebrated her 45th reunion in 2011, she is thrilled that the center’s programs are so competitive, attracting the best and brightest students. “That’s another reason the center is important,” she explains. “Women of each generation need to ensure that expectations for women following them are high.” 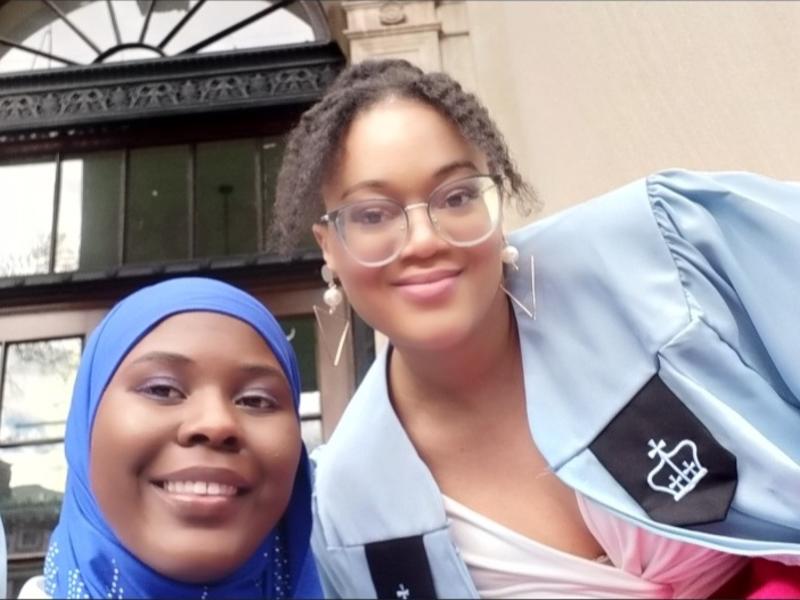