Two new assistant professors in Barnard’s philosophy department, John Morrison and Elliot Paul, are using a mix of psychology and philosophy to help students explore big-picture topics like the nature of creativity and perception.

Can creativity be measured or taught? What about its significance in relation to achieving happiness in life? How do we perceive colors and locations? How do we experience creative works? These are the types of questions being asked by two new assistant professors in Barnard’s philosophy department. With an interdisciplinary approach, John Morrison and Elliot Paul are using a mix of psychology and philosophy to help students explore big-picture topics like the nature of creativity and perception.

Within a department known for offering students a wide sampling of philosophical views, Morrison and Paul fit right in.

“They both have a foot in the history of philosophy and a foot in modern philosophy,” says Professor Frederick Neuhouser, chair of the department. But they also bring relatively unique skill sets. Morrison, who began teaching at Barnard in 2009, specializes in questions of perception and the way in which we visually represent colors, shapes, and places. He is also working on a project about seventeenth-century philosopher Baruch Spinoza, and his major work Ethics. Paul, who will begin teaching in the fall after completing a fellowship at New York University, focuses on the philosophy of creativity, its roots as well as its roll in our happiness and our moral choices. He also delves into the seventeenth century when focusing on the theory of knowledge put forth by René Descartes.

The two professors also share an interest in the ways philosophy and psychology meet. Paul relies heavily on empirical psychological studies (those based on collected data) when considering issues of creativity. Morrison draws on cognitive psychology when considering our visual perceptions.

Years ago, before Barnard was a possibility, Paul and Morrison met through a mutual acquaintance at the University of Pittsburgh, where Morrison began his PhD, and they have remained friends. In 2009, both men earned PhDs inphilosophy—Morrison from New York University, Paul from Yale. That year, the nation’s unemployment rate soared to a 25-year high, averaging 9.3 percent. As they entered the uncertain job market, they shared their anxieties and potential prospects, and soon realized they were competing for one ideal spot— at Barnard.

From a pool of some 200 qualified candidates, Neuhouser and other members of the department selected 30 strong candidates, then winnowed them down to 12 to meet in person at the annual philosophy convention on campus. Six were chosen for in-depth interviews. At every step, Paul and Morrison compared notes. With similar interests and a respect for each other’s work, they were more mutual cheerleaders than opposing teams. “That was a really anxious time for everyone on the market. But we were both rooting for each other, of course,” says Paul. “We both knew it was a job the other really wanted, so there was some hesitation,” Morrison says. “One person would tell the other he had made the cut not knowing whether the other person had made it too.” There was a surprise development. In attempting to decide between the two favorite candidates, the team in the philosophy department reached out to the psychology department. “We talked to the psychologists and they were impressed with both,” says Neuhouser. With the support of the psychology faculty, they made a successful case for hiring two professors instead of one. Paul and Morrison were thrilled. Not only was it the best outcome for the friendship, it allows both to stay in New York. Paul lives in Greenwich Village and is a Bersoff Faculty Fellow at NYU. Morrison and his wife are raising their young son inBrooklyn’s Park Slope neighborhood. In the fall, Morrison will team with Joshua New, assistant professor of psychology, for an interdisciplinary course called “Psychology and Philosophy of Human Experience.”

“On Tuesdays, Professor New will look at the science behind some aspect of human experience. On Thursdays I will look at the philosophical implications,” Morrison says. Considering aesthetics, for example, “Professor New will talk about why it is we evolve to see some things are beautiful and some things aren’t. I will do a bit about the nature of beauty and the facts of how we experience beauty, how it differs from other kinds of experience,” he says. It’s a novel approach that should make for an interesting course.

But, for Morrison, one of the most gratifying experiences at Barnard has been teaching “Introduction to Logic,” a large course that isn’t a philosophy credit but instead counts as quantitative and deductive reasoning credit, a general education requirement. It gives him a chance to convince students to reconsider their notions about math. “Most people, particularly lots of women, are discouraged from doing mathematics and they tend to assume they are really bad at it. I think students in my ‘Introduction to Logic’ class tend to discover that not only do they love it but they are really good at it. They go on to take more advanced math, philosophy classes, logic classes.” He himself was introduced to philosophy by a teacher, at a debate summer camp in the ninth grade, and has been a dedicated student of philosophy since—taking as many courses as he could in high school and local colleges, then getting a bachelor’s degree in mathematics and philosophy from Williams College.

Paul’s career path to philosophy wasn’t as certain. “In college, my favorite courses were always in philosophy, but it took me a long time and several wrong turns before I could commit to it,” he says. “I switched majors four times.” The son of a single mother who immigrated to Canada from the Caribbean, Paul is the first member of his family to get a higher education. He graduated from the University of Toronto with a bachelor’s degree in philosophy. “When I got there I met these people who had done something called a ‘PhD’ and thenbecame professors. But for a couple of years it never occurred to me that maybe I could do that too,” Paul says.

His enthusiasm for the profession is palpable. Paul is looking forward to teaching a first-year writing seminar in the fall. “The topic will be creativity, and our approach will be interdisciplinary, drawing on sources from literature, psychology, and philosophy,” he says. Students will keep a journal and examine their own creative process, while reading personal accounts of the process of great artists and thinkers like Mozart and Tchaikovsky. The class will examine concepts such as “flow,” and what it means to engage fully in something you love to do. Students will be asked to come up with their own methods for defining and measuring creativity. They will examine the creative personality and whether it leads to madness, and consider theories by philosophers such as Immanuel Kant’s argument that creativity is innate and cannot be learned. Last fall, Paul hosted a conference on the philosophy of creativity that explored similar themes.

“I’m particularly interested in the role that creativity plays in the moral domain,” says Paul. “One aim of this work is to change the way philosophers think about moral wisdom: it’s not just about choosing the correct option from a given set of possibilities. Sometimes it involves revealing possibilities that were previously unseen. Sometimes thinking morally means thinking creatively.”

Professor Neuhouser is delighted by the new staff, and with the prospect of adding more. “We are going to search open field, and try to just get the most interesting exciting people we can get,” Neuhouser says. Course enrollments and majors in philosophy at Barnard and Columbia have been rising during the past 10 years, he says. The new and energized staff will only help to expand the appeal. 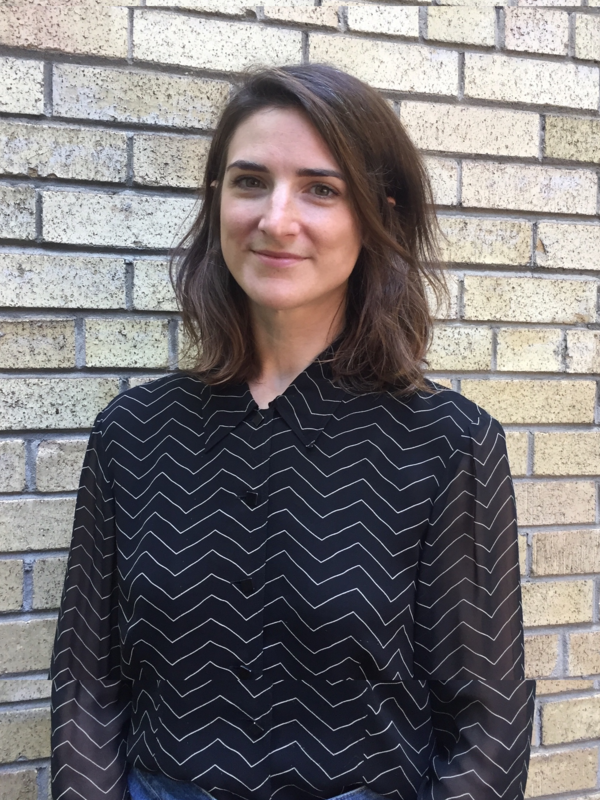 Prof. Francey Russell on What It Means to Watch