An Educational and Cultural Exchange 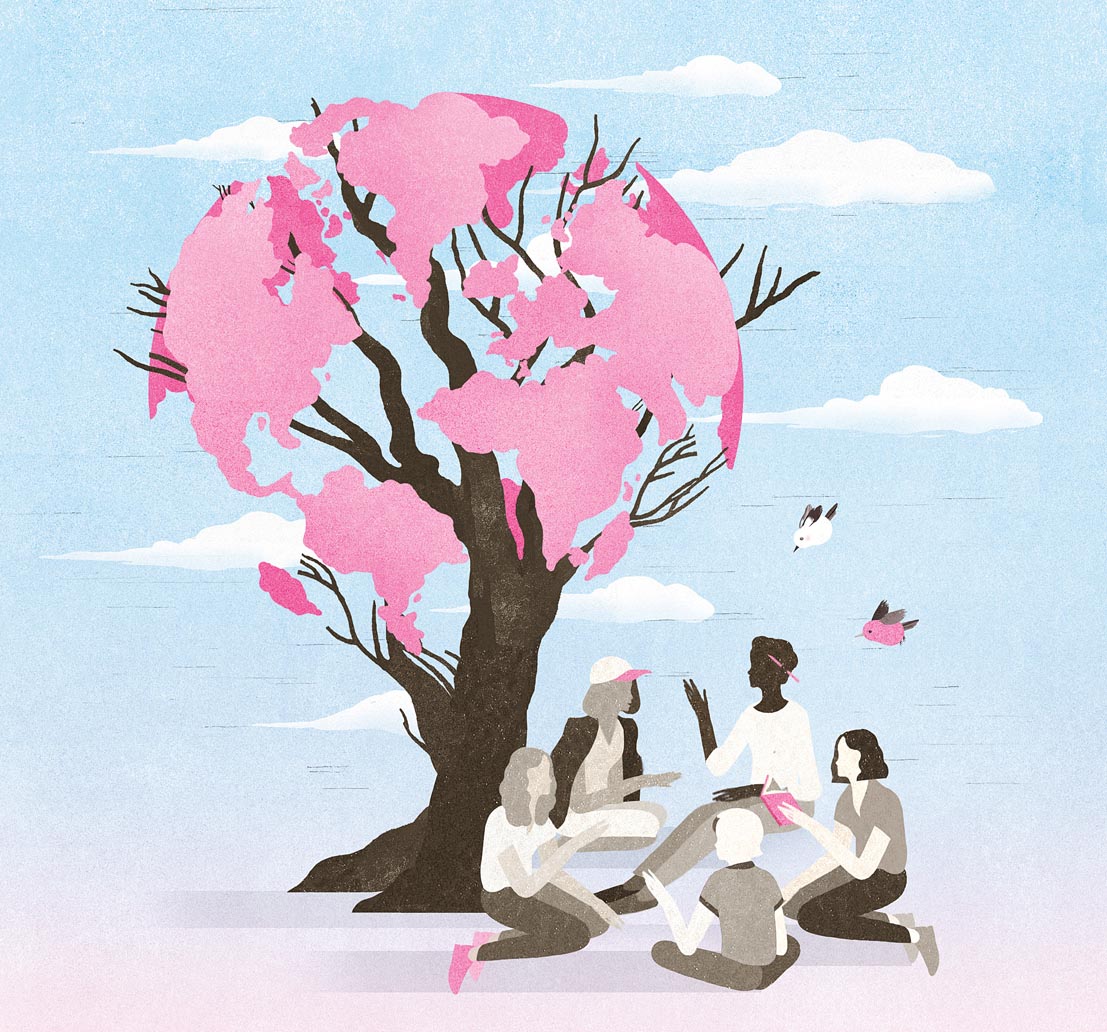 “If it were not for my time in New York, I would never have had the chance to really fall in love with wandering around in Central Park, the opportunity to just avoid spending my entire life savings in SoHo, the time to take weekly pleasure in the New York institution of brunch, and the ability to...experience American college life.” So writes Annie Randall in the online publication Her Campus about her experience as a member of Barnard’s Visiting International Students Program (VISP), one that gives students from universities abroad the opportunity to spend the spring semester at Barnard.

The program began in the spring of 2009 as part of a mission to ensure a culturally diverse student body; today VISP continues to grow in popularity. It launched with five students; this spring there are 75. “Barnard has always stressed the importance of diversity in its student body and faculty,” says Lisa Hollibaugh, dean for international and global strategy. “We already have a healthy number of full-degree international students, but the VISP program adds a more robust flavor to our campus by attracting students from more countries who come from a variety of economic backgrounds.”

Hilary Lieberman Link, former associate provost and dean for international programs, came up with the concept. “The idea has been a great success,” says GretchenYoung, dean for international and intercultural student programs. “For some it is the first time they have ever been in this country. Many might not have the chance to study at Barnard due to financial constraints; being able to attend for just one semester or, in some cases, pay an amount closer to their home tuition, gives them a taste of a liberal arts education in the heart of New York.”

Applicants come from partner schools in about a dozen countries, including China, France, Russia, and South Africa, though some VISP students are sponsored through grant and scholarship programs, such as the U.S. state department’s Global Undergraduate Exchange Program. In some cases, the institution has a reciprocal program that allows Barnard students to study at the participating schools abroad.

One Global Exchange student is Andrea Nuñez Rodriguez, a 21-year-old junior from Universidad Católica de Honduras. “I am taking classes that I would not be able to take in Honduras,” says Rodriguez, who is majoring in architecture. “My goal is to learn all that I can so that I can take my knowledge back to my country and share it with everyone.” Without VISP she could not have studied at Barnard, and she is considering a return to the U.S. to attend graduate school. Rodriguez adds, “It is my first time in the U.S. and I believe this program will give me a new perspective and help me to grow both academically and socially.”

VISP is competitive, and to be considered, applicants must be nominated by their foreign institutions and meet minimum English-language requirements. Students are expected to handle at least 12 credits. They must live in campus dormitories, and are encouraged to eat in the dining halls and participate in as many activities as possible. In addition, VISP organizes sightseeing and cultural events. “We take trips each semester. Last year, we went to the United Nations, and in the past, we did guided tours of Central Park,” says Leigh Ellen Johnson, international student coordinator for international and intercultural student programs.

Young says one of the biggest challenges for these VISP students is adapting to the American teaching style. “At their home institutions students are expected to do a lot more independent study so it can be overwhelming for them to have daily readings and regular assignments in all their classes.” Adds Johnson, “Students may think they can take 17 credits, but they quickly realize how intensive the classes are. They are a bit shocked and sometimes drop classes.”

To help with the adjustment process, VISP students are assigned a full-time faculty member in their areas of academic interest to help with course selection and other matters. “The students who come here may be a little lost at first, but they are very sharp and self directed, and they adapt quite quickly,” says history professor José Moya, who serves as an adviser. “They do well in class, are very eager to come to office hours and socialize with other students. I have invited them to join myself and my family at the opera, theatre or concerts, and I have taken them to museums.”

“I have also had VISP students numerous times in my classes and I find that they bring a different element into the discussions, exposing Barnard students to new ideas and telling them about college life where they come from,” comments Laurie Postlewate, a senior lecturer in French, who’s also an advisor for the program. “The perspectives and energy they bring to the classroom may even encourage our students to consider studying abroad themselves.”

In addition, each student is assigned a Barnard student ambassador.The ambassador serves as a mentor, helping the VISP student acclimate to Barnard and New York City life. “I decided to become an ambassador after studying abroad in Greece in the spring of 2014,” says environmental-biology major Mary McElroy ’15. “I would have appreciated having someone help me with my integration into the community so I decided to be that person for someone else.”

The ambassadors are also tasked with making sure the VISP students have some fun.Twenty-one-year-old Martina Comparelli says her ambassador, Camille Newton ’15, helped her get over her homesickness by taking her to parties and introducing Comparelli to her friends. “She is the best ambassador ever,” says Comparelli, a political science and international relations major at Università di Pavia in Italy. Ambassadors host events, such as an American Culture and Slang Night, at which students eat such quintessential American foods as root- beer floats and peanut butter and jelly sandwiches, and learn up-to-the-minute slang like “tight” (awesome) or “crash” (to sleep). Ambassadors say there are benefits for them as well. “It is great to experience New York through fresh eyes,” says Newton.

Nthupula Masipa of Pretoria, South Africa has learned a lot about American culture since arriving at Barnard. “I never realized how apparent the many subcultures in America are,” says Masipa, an economics and sociology major at the University of Cape Town. “I have made friends with people of such diverse ethnicity and identity, and I am continually fascinated by what they have taught me about their communities. I am surprised to learn how different the African community is here than back home.”

Masipa’s ambassador is Hye-Jin Yun ’15, a neuroscience and behavior major. “I was born and raised in Seoul, South Korea, until I was eight so I am an immigrant myself and I know the feeling of being in a different country,” says Yun. “Nthupula is reminding me of what a privilege it is to be at Barnard and to be in New York City. Acting is her hobby and she is taking advantage of all the performance-arts opportunities that she can.”

Masipa was part of the Barnard theatre department’s spring production of Madame Bovary. Her experience has her thinking about applying to graduate school at Columbia. “Academia here is so much more rigorous, but my professors and my fellow students have been incredibly supportive and are wonderful resources,” says Masipa.

After participating in VISP in the spring of 2013,Yunshan Niu did return to New York from Beijing to attend Teachers College. The China Foreign Affairs University translation and interpretation major says her experience at Barnard was one of the main reasons she chose to attend Columbia. “I would not have known what it would look like to study at Columbia if I had not attended Barnard, [which] broadened my horizons,” says Niu, now getting her master’s in applied linguistics. “I am hoping to stay in the states and apply for a PhD program in applied linguistics or social linguistics and get a teaching position.” 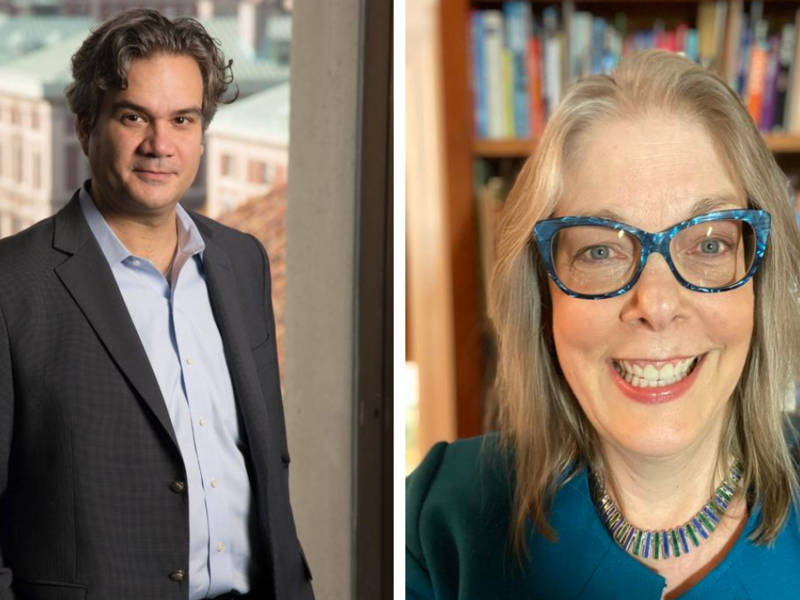