W.B. Worthen is the chair of Barnard’s department of theatre. He teaches courses in drama and performance theory, modern theatre, and Shakespeare and performance. He is co-director of the Ph.D. in theatre program at Columbia, where he also teaches in the department of English and comparative literature. His new book Shakespeare Performance Studies invites readers to consider how Shakespeare performance today speaks to the condition of performance in the ways it uses Shakespearean drama, rather than merely using performance as a means of embodied "interpretation." The book focuses, among others, on three imaginative performances: the Nature Theater of Oklahoma’s 2009 production of “Romeo and Juliet,” Punchdrunk Theatre’s wordless “Macbeth," Sleep No More,” and Michael Almereyda's 2000 film, “Hamlet.”

Q. The performances you focus on in Shakespeare Performance Studies are wildly different. “Sleep No More” involves audience members wearing masks and following silent, roving performers around a dimly-lit warehouse in downtown Manhattan. “Hamlet” isn’t a live performance, but a movie starring Ethan Hawke as a film student, set in modern day New York City. Nature Theater’s “Romeo and Juliet” doesn’t rely on the text of Shakespeare’s play at all, but instead uses audio recordings of people trying to recall what the play is about. Why did you decide to focus on these performances? What do they have in common?
A. What I like about all of these performances—including the Ethan Hawke film—has to do with how they reimagine the medium of "Shakespeare performance" in ways that tell us something about what we think those two terms—Shakespeare, performance—mean and do. The Hamlet film is, of course, all about media, but it's even more directly about obsolescent media, as the media it represents are all—and were at the time of the film—on the verge of their apparent succession by new forms. In that sense, the film is almost an allegory of the condition of theatre, always on the verge of its apparent demise.

The Nature Theater takes up a different sense of the media of Shakespeare performance. In several ways I think it's about the representation of Shakespeare and performance in the educational system, school Shakespeare; it's also about a kind of nostalgic history of Shakespeare, the notion, popularized by the National Endowment for the Arts Shakespeare in American Communities project, that there's a kind of authentic, populist performance tradition.

Finally, Sleep No More is an immersive event that in surprising ways seems to recall the medial dynamics of traditional modern theatre; for while we all wander around the space, the production is in some ways about what happens behind the masks worn by the audience members. Of course I have more to say about this, but I think each of these performances asks a similar question about the medium and the use of "Shakespeare performance" today.

Q. In your book, you note how difficult it is for people today to understand unfamiliar Shakespearean words and centuries-old ideas, particularly high school students. How can experimental performances be helpful for teachers tasked with introducing their students to Shakespeare's plays?
A. You know, I think these performances are important for the ways they speak to the conditions of contemporary performance; that is, rather than assuming that "Shakespeare's plays" remain fixed things, a constant object, these productions take "Shakespeare" as an instrument for making something new: a new performance or production. So, to my way of thinking, what these productions would help teachers to do is to teach students how performance works: it is not a means of interpreting, or exploring, or merely restating "the play"; it is a way to use "the play" to say something distinctive, in the distinctive means of performance itself.

Q. For students in Barnard's theatre department, their academic experience is likely to include opportunities for script writing, directing, acting, or otherwise participating in the performance process. What factors should do you encourage your students to consider when they are creating a Shakespeare performance?
A. Every aspect of theatrical work (assigning parts, conceptualizing acting, locating the audience) bears on how the act of performing is being imagined, what we think performance is and does. So for me, the starting point is always a reflective one. To put it a bit differently, creating a Shakespeare performance is like any other ideological act, understanding "ideology" as the cultural means for reproducing a sense of what is possible, what is good, and what is. The place to begin is to ask what we think is possible (what is acting, why do we think "characters" are people), what is good (what is "good" theatre, "good" Shakespeare), and why we believe what is is. Barnard’s theatre department is home to both Barnard and Columbia theatre majors, and our classes are open to all students, both majors and non-majors, who have varying degrees of experience with theatrical productions. For this reason, interrogating what constitutes “a Shakespeare performance,” as well as "a Shakespeare play," is always an important starting point for any classroom conversation about the creative process.

Q. In addition to Almereyda's “Hamlet,” you discuss several other productions of Hamlet that explore digitization in the modern era. Do you think Shakespeare’s work is particularly well-suited for today’s mediums? Why or why not?
A. Well, I don't think it's really a special relationship between Shakespeare and modern technology, though it's interesting to remember that Shakespeare's career took place on the cusp of an important technological revolution, which was—as technological revolutions are—a social revolution. As everyone knows, in Shakespeare's theatre, the playwrights sold their plays to the theatre company in manuscript form. The theatre companies often hired other writers to improve them, add new scenes, prologues and epilogues; sometimes several writers delivered one play.

The plays were then copied out in "parts": scrolls in which each actor had only his (they were all male, remember) lines, plus a cue, a line or so of the preceding speech. That is, what we think of as the organic text of the play was often more of an assemblage in practice. But Shakespeare's plays, and those of many of his contemporaries, were also printed. Two important books—Ben Jonson's Works of 1616 and Shakespeare's Comedies, Histories & Tragedies Published according to the True Originall Copies (1623)—were crucial in gathering plays into print for the purposes of establishing their permanence, creating in a sense an emerging "literary" canon of dramatic writing.

I think that "booking" the play in this way had, over the course of two or three centuries, an important effect on how theatre came to be understood. By the late nineteenth century (think of Ibsen and Shaw) it was possible to become a notable playwright by publishing plays, indeed publishing plays because they could not be produced in the theatre (Shaw's Mrs. Warren's Profession is one example). Today we're living through an extraordinary technological revolution in our access to, use of, and experience of writing. It's possible to learn one's part in a Shakespeare play from an app that will recite your part to you from your mobile device—you can learn a Shakespeare role as perhaps some of his actors learned it, by hearing it rather than reading it, though now from a digitally recorded and reproduced "voice" rather than from another cast member. In another sense, though, what your question also points to is the fact that theatre itself has changed; theatre always exploits its contemporary technologies—of acting, writing, architecture, visual media—as its means of representing human (and inhuman, perhaps the same thing) action. 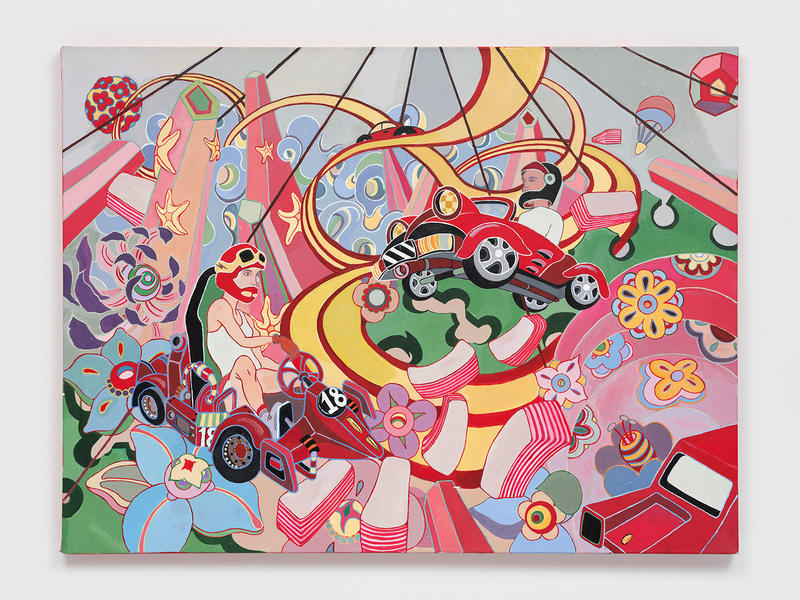 A Look at Artful 2022 Senior Theses 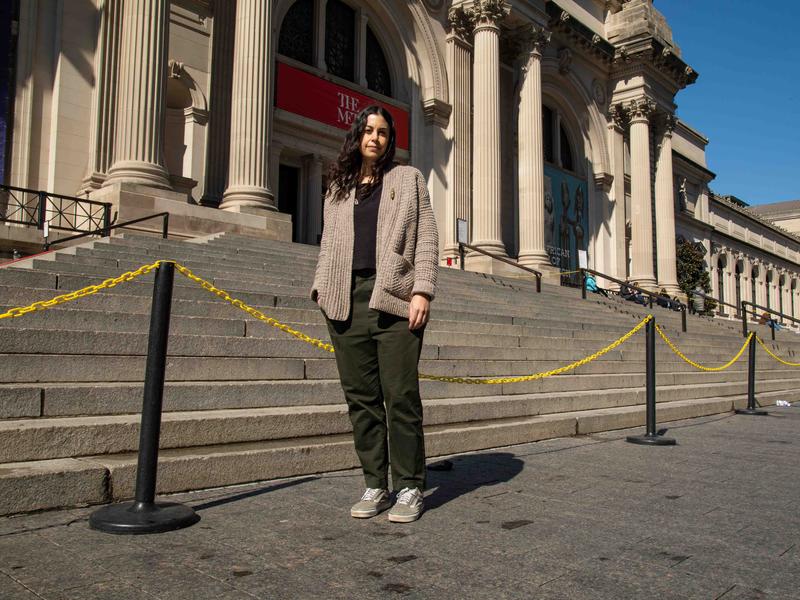 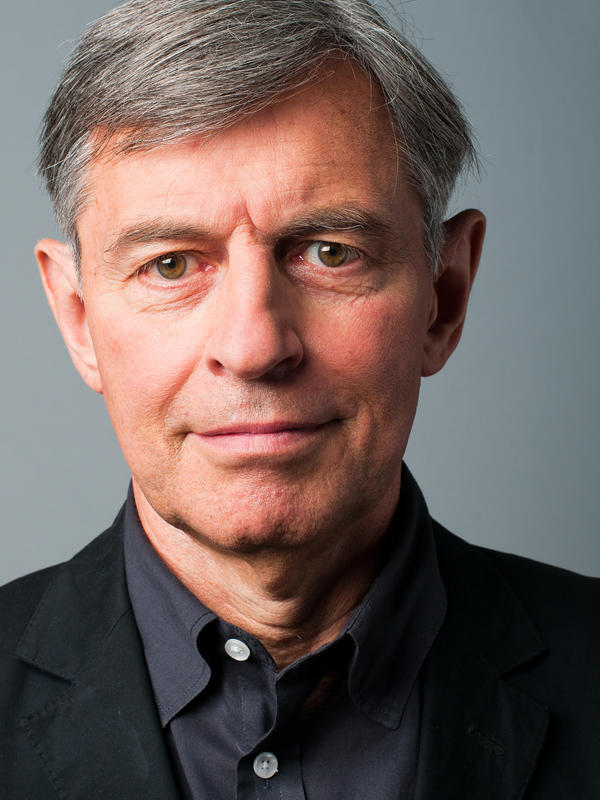