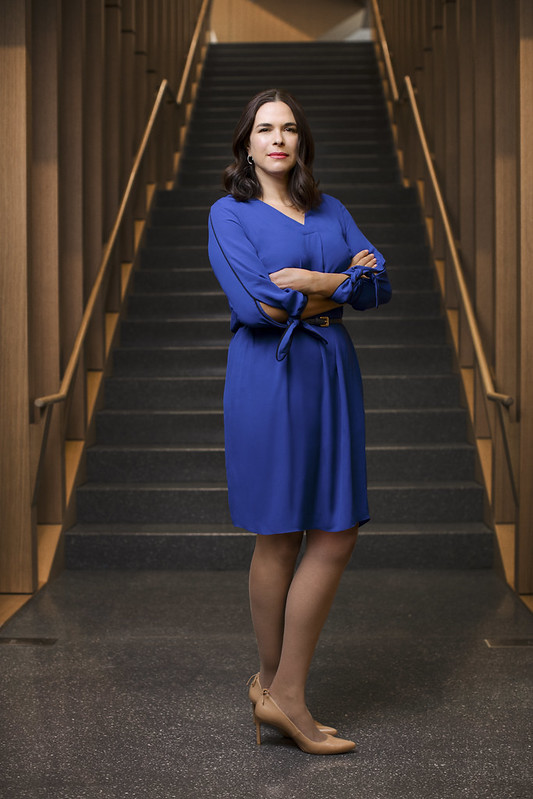 A new study published today in Science Advances employed a series of cleverly designed experiments to test for the existence and direction of a long-theorized relationship between math anxiety and math avoidance. The landmark research, which was led by Barnard College President Sian Leah Beilock, found evidence that math anxiety leads to math avoidance and that this avoidance occurs even when financial incentives are offered and the difficulty of math problems is adjusted to align with participants’ current math skills.

“People often say that being anxious about math is just a byproduct of being bad at it. Our research shows that isn’t true,” said Beilock. “Even when math-anxious people are capable of doing math, they avoid it, which means that educators and parents have to think about how we can lower math anxiety in our kids or we are going to miss students who are capable of success in math and science and just stay away from it.”

Though math is an essential skill for those preparing to enter a job market that increasingly demands STEM-competent workers, standardized test scores in the U.S. for math have been in decline since 2015. While other studies have proposed a theoretical link between math anxiety and math avoidance — a vicious cycle of math anxiety leading to poor performance that causes even more math anxiety — the correlational study designs used in previous research could not suss out whether math anxiety or math avoidance came first and what role, if any, math performance played in the whole “equation.”

Beilock and her team, which includes Kyoung-Whan Choe, Jalisha B. Jenifer, and Marc G. Berman at the University of Chicago along with Christopher S. Rozek at Stanford University, set out to test what was happening and to better understand this “chicken or egg” issue. The team paid people to complete math and word problems, letting them choose to solve easy or hard questions and varying the amount of money they received in return. They found that people who were anxious about math didn’t like to attempt to complete hard math problems, even when they were incentivized with a large monetary reward for doing so and their previous math performance showed they knew how to complete the problem. The same wasn’t true for the word problems, which the same folks attempted when they were incentivized with money to do so.

The ramifications of a cause-effect relationship between math anxiety and math avoidance are potentially enormous: Math anxiety could be affecting not only what classes students select but also the majors they choose and, therefore, the careers they pursue. Beilock and her University of Chicago and Stanford University colleagues hope that the study, which will undoubtedly shape the future of scholarship on this topic, will guide the development and application of interventions that ensure the next generation makes different decisions about the costs and benefits of engaging with math — with the ultimate goal of boosting interest and success in STEM fields.

Sian Leah Beilock, who joined Barnard as its eighth president in July 2017 after serving on the faculty at the University of Chicago since 2005, has conducted extensive research on performance under pressure. She’s the author of Choke: What the Secrets of the Brain Reveal About Getting It Right When You Have To (2010) and How the Body Knows Its Mind: The Surprising Power of the Physical Environment to Influence How You Think and Feel (2015).