Sociology Prof. Debbie Becher is the author of Private Property and Public Power: Eminent Domain in Philadelphia, forthcoming this month from Oxford University Press. Her book—the first comprehensive study of a city’s eminent domain acquisitions—explores how and why Philadelphia took properties for private redevelopment between 1992 and 2007. Here she answers questions about her research and findings, and the broader questions and implications surrounding urban redevelopment, property rights, and government’s role in public and private domains.

1. What made you decide to focus on Philadelphia? How is Philadelphia’s situation with eminent domain either unique or representative of what’s happening in other U.S. cities?
Big corporations taking advantage of eminent domain make the national headlines, but I suspected that highly litigated cases that erupt in full blown conflicts are atypical. I chose to study an entire city’s eminent domain practices to see how eminent domain is used more commonly. I chose Philadelphia in part because compared to many other northeastern cities that use eminent domain for urban redevelopment, Philadelphia’s demographics and economic conditions are somewhat average, making popular reactions to eminent domain there less predictable than in cities with more extreme conditions.  For instance, in much of New York City or Boston, where real-estate markets are thriving, we might expect outrage at eminent domain, and in the more devastated Detroit or Baltimore, where we should expect support for property takings for redevelopment. In addition, Philadelphia’s neighborhoods are extremely varied. I could understand a great deal about government motivations and citizen reactions by comparing eminent domain across these neighborhoods.

2. What was most surprising to you about your findings? What questions does your book raise for further research or policy consideration?
Surprisingly, the city took over 4,000 private properties in just sixteen years, and these takings rarely provoked protest. Why was protest so rare? Because over ninety percent of the properties taken were vacant lots or buildings. Though they were all for new private owners, most were to support affordable housing and small businesses. This starkly contrasts the pictures painted by libertarian and left-leaning activists and academics who usually comment on these issues and describe large corporations taking valuable properties from the middle class and the poor, and who expect full-blown opposition to any taking of property for new private owners. The book’s findings suggest that it is not eminent domain, per se, that raises problems for citizen support of government action. Rather, when governments allow or encourage neighborhood deterioration, they fail their citizens. Urban residents, at least in Philadelphia, expect government to help keep neighborhoods stable and improving. Importantly, this is for the benefit of the people who have invested value—money, labor, time, and emotion—in properties there, not for the benefit of newcomers.

3. Media coverage gives the impression that city governments are abusing eminent domain, but your research has shown that this is not the full picture of what’s happening in Philadelphia. Can you talk about this discrepancy? Are there good examples of where government power is helping constituents negotiate or protect their property rights?
Certainly, there are places where governments have used their eminent-domain powers in ways that would revile most onlookers. And when these cases have become contentious, journalists cover them, and the public responds with outrage. The problem is that pundits and activists present the transfer of ownership to a new private owner as the fundamental problem. They say that if government were to take property for a school, a highway, or a public park, abuse wouldn’t be an issue, and that all takings for new private ownership are opposed. That’s an appealing argument, but it’s wrong. Government will violate a common sense of what’s right if it treats an owner’s investment with disrespect, whether it is taking property for a highway or for a housing development. Governments wanting to use eminent domain can respect owners and renters’ property investments even when using eminent domain by giving them control over the redevelopment plans, by listening to their claims about their losses and devising realistic and appropriate compensation, and by fulfilling their promises for neighborhood improvements and compensation. These are daunting tasks, and as I show in the book, they require a strong commitment by political representatives and significant financial resources.

4. Can you explain the difference between property ownership and property stewardship?
One of the things I hope that readers take away is a changed perception about Americans’ commitment to property rights. It’s commonly believed that Americans expect governments to protect an owner’s right to control their land and buildings—except to the extent that they harm others in doing so. I saw that people were willing to forfeit an owner’s right to such control if they didn’t do more: actually steward their properties so that the neighborhood would remain safe, comfortable, and stable. In cities, where the comfort and value one enjoys from owning or renting a home or business now depends so greatly on what neighbors, local organizations, and governments do, an ideal of property stewardship seems to trump an ideal of property rights to control or dominion. For instance, there seems to be plenty of support for government policies that try to root out speculators and slumlords because they do not care for, or steward, their properties—even though they presumably enjoy the same rights to control as any other owners.

5. Your book also addresses Kelo v. City of New London, a controversial Supreme Course decided nine years ago this summer, where the court allowed the Connecticut city to take homes for economic development. How did the case impact public perception of eminent domain? What are the most lasting implications after almost a decade?
My book tries to put the Kelo case in perspective. In 2005, the Court allowed the City of New London, Connecticut to proceed with plans to remove several homes for an economic development project anchored by the Pfizer Corporation. A national uproar followed. This kind of case is not representative of eminent domain for private redevelopment generally. Yet the Kelo story of abuse has served as an icon of a libertarian campaign to limit eminent domain and a broader property-rights movement. The case was argued by the libertarian public interest law firm, the Institute for Justice. The libertarian Castle Coalition was formed to mobilize public support. They succeeded in passing eminent-domain reform statutes in almost every state in the few years following Kelo. The problem is that by addressing the wrong issue—taking property for private redevelopment rather than support for neighborhood stability—these reforms simply push problems even more squarely on the poor.

6. Is there a “next frontier” in eminent domain?
Actually, the foreclosure crisis created a “new frontier” in thinking about local governments’ responsibilities for private properties. Constituents demanded that governments do something to stop neighborhood deterioration that resulted when high foreclosure rates led to high vacancy rates. They also demanded that governments protect owners from unsavory bank practices. A few local governments around the country are experimenting with eminent domain to meet these demands. The City of Richmond, California was the first of a few pioneering municipal governments that have vowed to take properties. The plan is to keep the properties out of banks’ hands, and to give original owners more time and consideration, so that they can reestablish their ability to pay for their properties, at costs they can afford.

7. What are you working on now?
I am now beginning to study voluntary transfers of a kind of property that is literally underground: oil-and-gas rights. To produce oil and gas, energy companies must secure agreements from mineral owners, who may be private individuals or corporations or any variety of public entities. Oil and gas companies are rushing to lease and sometimes buy these rights in the eastern, southern, and western US—in the midst of booming production with new “fracking” technologies. Scholarly attention to the issue is booming as well, but most studies focus on environmental, health, and community impacts and activism; few scholars are investigating the property rights that make energy production possible (or prevent it). I am learning about how energy companies and private and public mineral-rights owners take the very first legal step towards production: How they make deals for the property rights to do the drilling. 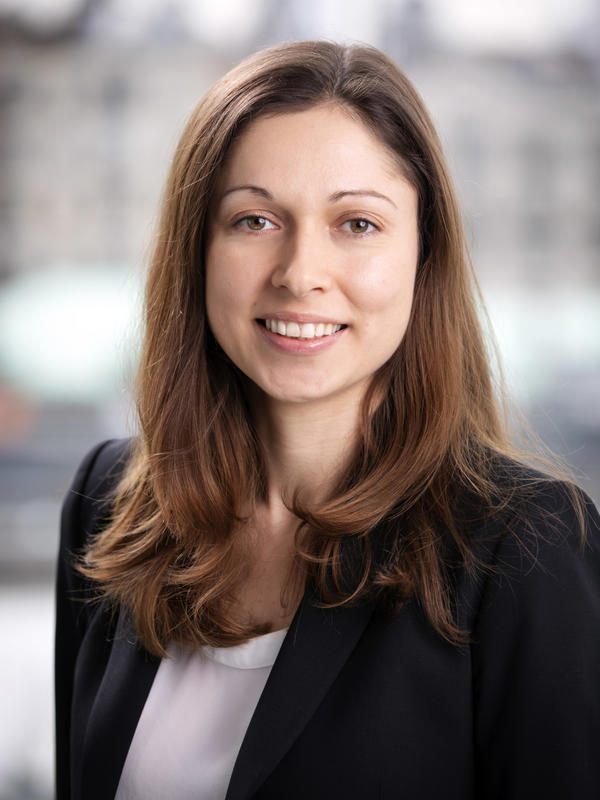