A prolific writer who has authored 15 books over three decades, Prof. Jennifer Finney Boylan, the inaugural Anna Quindlen Writer in Residence, keeps her readers on their toes.

A prolific writer who has authored 15 books over three decades, Prof. Jennifer Finney Boylan, the inaugural Anna Quindlen Writer in Residence, keeps her readers on their toes. On April 11, book lovers joined the The New York Times contributing opinion writer on her latest literary adventure with the release of her first mystery novel for adults, Long Black Veil. She is the national co-chair of the Board of Directors of GLAAD, the non-profit organization that monitors discrimination against members of the LGBTQ community, a Board of Trustees member of the Kinsey Institute for Research on Sex, Gender, and Reproduction, and a relentless advocate who deftly explores legacy, visibility, and how one makes sense of his or her own past.

Recently, Boylan was quoted in Yahoo Style for speaking out against the Trump administration’s bathroom law repeal, explained how she uses “the medium of story to shine a light on one particular person’s experience” for the Philadelphia Gay News, and has written about gender and humanity for the Huffington Post.

Long Black Veil, which takes the reader from 1980 to today, follows the lives of five former college friends after one of them mysteriously disappears. In a recent interview with Out, Boylan acknowledges that people who have experienced a major life change may be “haunted by the before and the after” and defines what “stealth” means in the transgender community. More than a whodunit, Publishers Weekly called it a “a heartwarming midlife love story” and Pulitzer Prize-winning author Richard Russo praises it as “one of the most eloquent pleas for empathy and moral imagination I’ve ever encountered.”  The New York Times asks, "Who better to write a mystery about a transgender woman with identity issues than a transgender woman with identity issues?"

Here, the author of The New York Times bestselling memoir She’s Not There discusses her newest novel, the new world of mystery fiction where the protagonist is transgender, and what it means to have multiple “lives.” 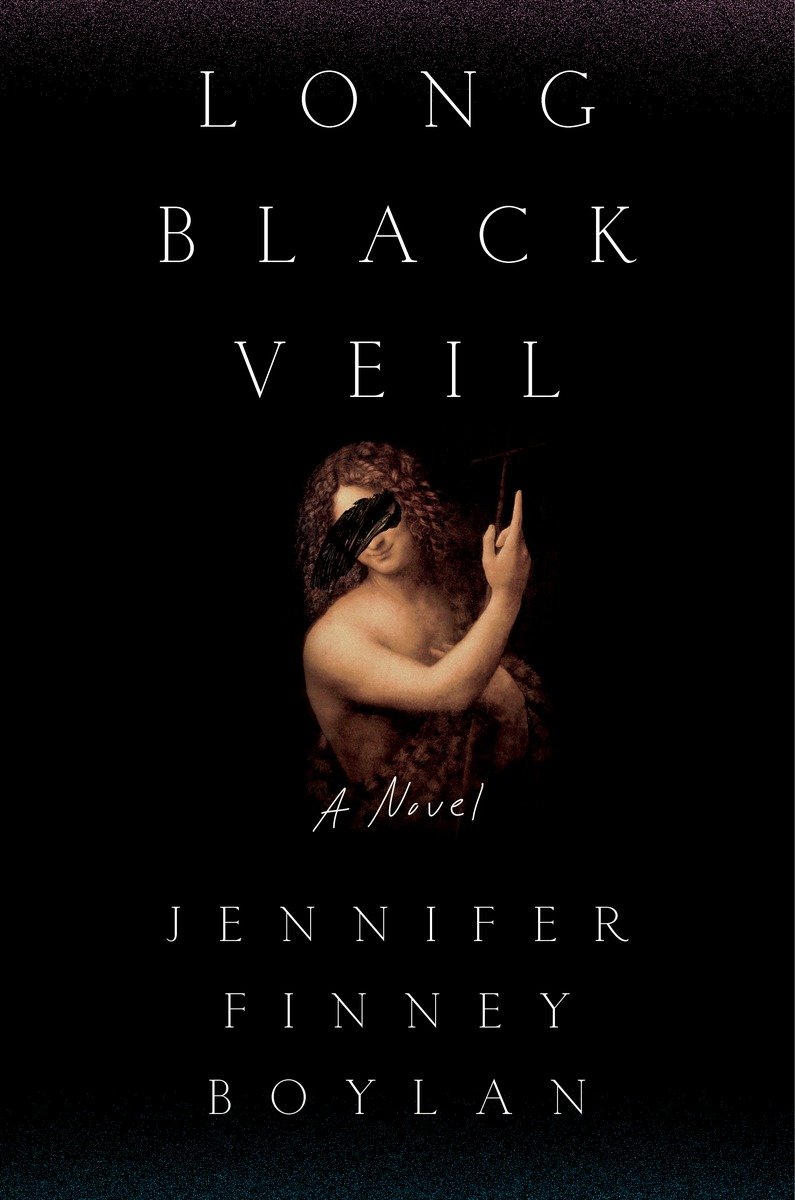 The novel introduces six college friends who are all very different from one another in many different ways. Do you personally identify with any of them?

I identify with all of them, of course. I am a book nerd like Quentin, and a food snob like Casey.  I have a potty mouth like Wailer. And like Rachel, I have an obsession with that Leonardo DaVinci painting of John the Baptist—a defaced version of which appears on the cover of the book [above]. John, in that painting, is a transfigured soul—beautiful, androgynous, one hand on his heart and the other pointing at heaven. He is, at that moment, something both mortal and eternal, male and female, compassionate and fierce. I think trans people have something of this in us too, having experienced so many different aspects of being human. Most trans folks I know have their fingertips on something both carnal and metaphysical.

The reader begins the story in 1980 in Philadelphia staring at an abandoned penitentiary. Why did you choose this place and time?

Eastern State Penitentiary is a real place, designed by Benjamin Franklin and closed in 1972— when I was growing up it was a giant ruin sitting there in the heart of Philly. I visited it a few years ago—now it’s a museum and an archeological site—and it got me thinking about the prisons people build for themselves. And exactly how desperate the measures are, sometimes, that we choose to find our freedom.

Secrets and the past are two themes seen throughout the novel. What made these topics worth exploring in a fictional setting?

I’m fascinated by the secrets that people carry. I’ve said before that the biggest difference for me as a trans person was not going from male to female; it was going from someone with a secret to someone without one. And in a way, that’s true of my interest in mysteries as well—I’m less concerned with whodunit than the question of how we bear the burden of the truths we cannot quite share with the people we love.

A major character in the book evidently grapples with identity, but it seems the other characters do as well. Was it a conscious decision to genre-mash, blending the elements of mystery and thriller with that of a-coming-of-age story?

Yeah, it’s a regular dog’s dinner. I guess the question is, if you’ve had a major before and after in your life, how do you live one life, rather than two? And honestly, if you’ve reached my age (late 50s) without some huge thing happening to you— either great or terrible— you’re probably the exception. I think people can get stuck, thinking about those life-changing moments. It’s what it means to be haunted—to have some profound moment that changed your life that you can never quite get over. The world is full of exes—ex-astronauts, ex-husbands, ex-Marines, and so on. But no one deserves to be defined by who they were; we all deserve to be defined by who we are, by who we have become. And this is not a dilemma unique to transgender people. It’s all of us.

What is it about one’s past that makes for such juicy storytelling?

I think it’s very common for people to feel that they have never quite become themselves—that somehow, as they sing in Hamilton—they’ve thrown away their shot. I think people can think of moments in their lives where they felt their moment of greatness flicker, and in short they were afraid (to use T.S. Eliot’s melodramatic phrase). And so we have these conversations in our heads, between who we were before that moment and who we have become after. Sometimes, we are still looking for one more shot at becoming ourselves.

Johnny Cash’s “The Long Black Veil” lyrics include, “Nobody knows, nobody sees, Nobody knows but me.” Was there any connection from the lyrics of this song/the title to your novel?

I didn’t have a title going into my second draft—always an awkward situation for a writer. I met my friend, author Timothy Kreider, in a bar in the East Village one night (Burp Castle, in fact), and told him my problem. He said, “Tell me the plot," and I did, and he said, “It’s like that song, Long Black Veil.” And I said, “that’s the title.”

It makes me think of the [second to last] line of Charlotte’s Web. “It is not often that someone comes along who is a true friend and a good writer.” I have been surrounded by true friends and great writers during my time at Barnard—my colleagues Mary Gordon, Saskia Hamilton, and Hisham Matar—as well as my students, some of whom are now starting to publish books of their own. It has been the great gift of my life to be part of this college and its community of writers. Maybe that’s my before and after, or one of them: before I came to Barnard, and after.  After is better.

In The Media
Jennifer Boylan