As they prepare to retire, education professor Lee Anne Bell and history professor Herbert Sloan reflect on their careers.

This summer marks the beginning of official retirement for two longtime Barnard professors—Lee Anne Bell in education, and Herbert Sloan in history. Below, each reflects on their careers, their time at the College, and how their respective fields have changed. From Barnard Magazine, Spring 2015. 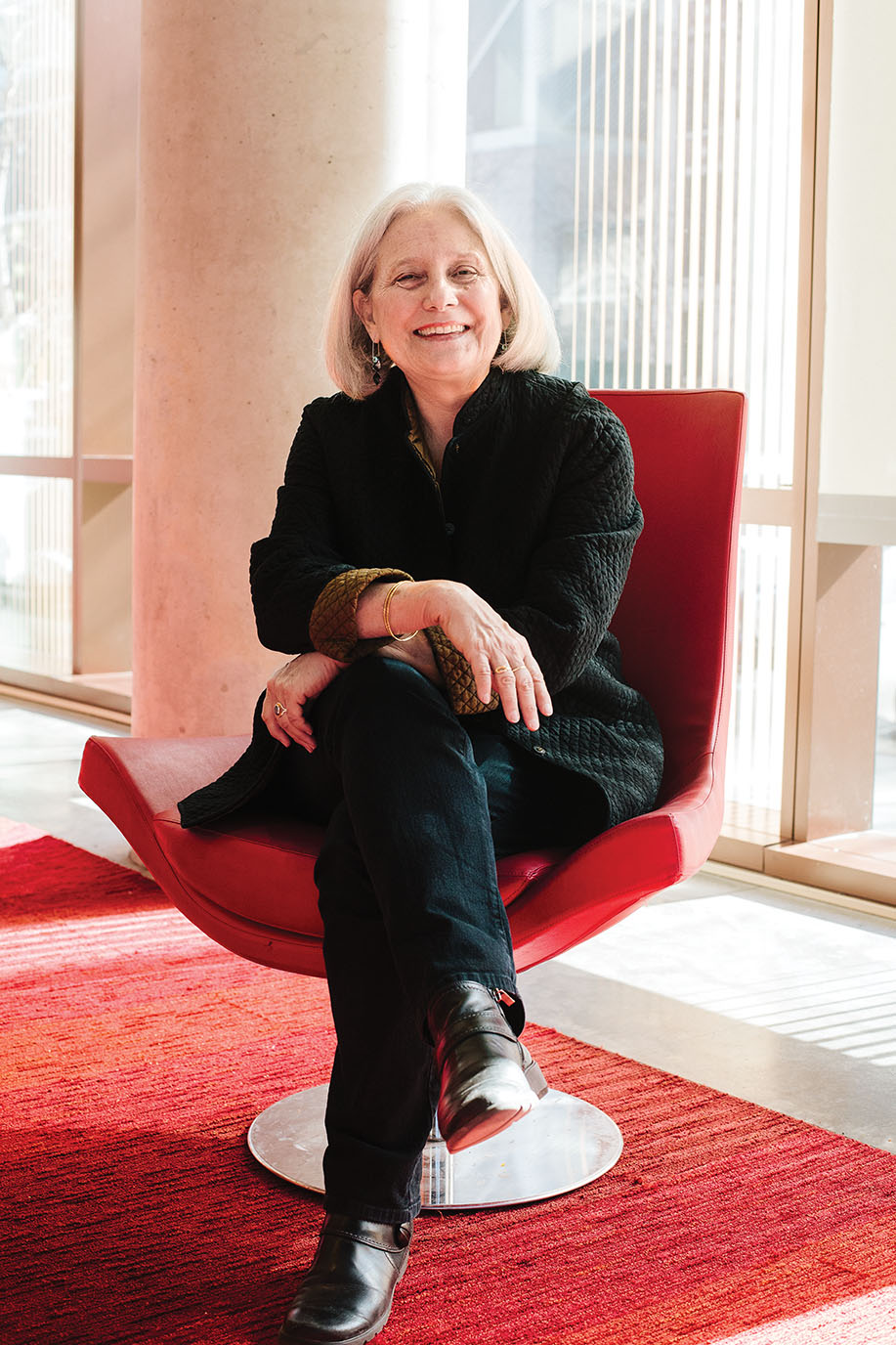 School's Out:
Lee Anne Bell talks about her rewarding career in education

As director of the education program at Barnard, Professor Lee Anne Bell doesn’t mince words about the current focus on high-stakes testing: “I think we’re going in absolutely the wrong direction,” she says. The assessments so popular today in American education support the “lowest common denominator,” and don’t nurture “thinking, creative teachers who know their subject matter.”

Preparing to retire this year, Bell has been working on issues of social justice and education since the early 1970s. Then a new graduate of Indiana University with a double degree in history and the nascent field of Afro-American studies, Bell joined the Teacher Corps, a government program that at the time sought to improve education in low-income areas.

She was assigned to Hartford,Conn., and the experience proved eye- opening. “Hartford was one of the most impoverished and racially segregated cities in the country,” recalls Bell, who had grown up hearing her mother talk about the American dream and believing “that school is a way for people to expand their opportunities.” In Hartford, she witnessed how the system is “so stacked against poor people and people of color.”

Today, Bell strongly opposes the arguments she hears against increasing the minimum wage. “Give kids enough food to eat. Let them come to school well rested. Let them come to a school where the teacher is well prepared.That makes the difference; that connects the issues so we can all start to think more broadly.” She continues, “The term ‘social justice’ has been taken up and diluted. Some say we are living in a post-racial society since President Obama was elected. The Supreme Court is saying the way to deal with race is not to talk about it.” Bell sighs. “In the sweep of history, progress is slow.”

Speaking of her own career, however, Bell largely expresses unqualified enthusiasm. She received an EdD from the University of Massachusetts, Amherst, in 1982, and subsequently joined the faculty of SUNY New Paltz, where she received the SUNY Chancellor’s Award for Excellence in Teaching, among other honors. She taught at New Paltz until 2001.The education program at Barnard, which marked its 50th anniversary in 2002, the year she arrived, has really “been a generative place,” says Bell. Her students have been “smart and prepared and curious. They want to make the world a better place.” Barnard students, she says, “take ideas and run with them,” and have gone on to teach all over the world.

About a decade ago, she secured a grant from the Third Millennium Foundation, which allowed her to organize a project that became a career highlight. Bell spearheaded the Storytelling Project, a partnership among students, professors, and artists to use the arts to develop a curriculum about race and racism.The 2005–6 collaboration aimed to reveal those “concealed stories—the stories that don’t appear in history books or children’s books or television,” says Bell. The project provided fertile ground for offshoots, including Bell’s book, Storytelling for Social Justice: Connecting Narrative and the Arts in Antiracist Teaching (Routledge, 2010).

The project also encouraged Bell to view the arts through a different lens, and helped foster her next big undertaking: the documentary 40 Years Later: Now Can We Talk? Bell’s first film explores the integration of a Mississippi high school in 1969, and provides interviews with black and white alumni 40 years later. Bell has been traveling with the film; she recently showed it in China, where her husband, a math professor, is teaching at NYU Shanghai for the spring semester. The Chinese students and faculty were fascinated and unfamiliar with the themes, but the European faculty related immediately to the ideas of racial stereotyping and separation. The documentary also received two awards: the Charles and Margaret Witten Award for Distinguished Documentary Film in Education, and the National Association for Multicultural Education Multicultural Media Award.

New trends in education fail to excite Bell. She’s doubtful of the overall benefits of charter schools because “they suck resources out of the public schools,” “cherry-pick kids,” and do not belong to the union, so the teachers aren’t necessarily paid fairly. She is also skeptical about the use of technology in the classroom as a solution for not having enough teachers and resources. She says technology is often abused in impoverished settings. “Face-to-face learning is really important,” says Bell, adding that in some low-income schools, instead of 25 children with one teacher, the classroom features 40 children “facing a bank of monitors.”

The future of social justice isn’t entirely hopeless, though. It’s an exciting time at colleges, according to Bell. “There’s Black Lives Matter. There’s a lot of activism on campus. There’s a lot of creativity on campus,” says Bell. One wonders why she would want to exit the college scene. She jokes, “After 35 or 40 years, I’m ready to be deinstitutionalized.” 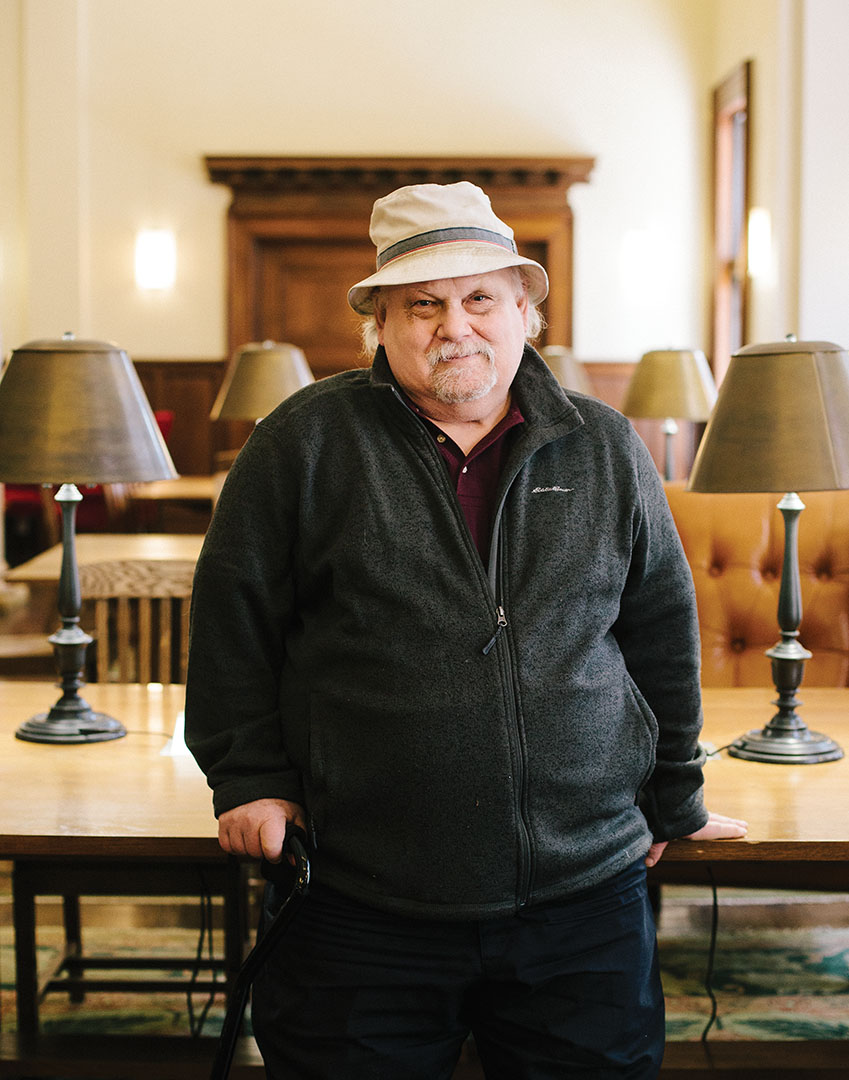 At Home in Academia:
Professor Herbert Sloan says it’s time to expand our ideas of what American history is

During his long career as a historian with an emphasis on the Colonial and Revolutionary periods and on Constitutional law, Herbert Sloan hasn’t meandered far from his dissertation topic: the financial trials of Thomas Jefferson. In the process, Sloan, a Barnard faculty member since 1986, has become a well-known expert on the subject; his research shows that Jefferson was not a reckless spender but was bankrupted largely because of his role as executor of his father-in-law’s estate.The focus has served him well. “Because it deals with a famous person, the topic stays alive,” he says.

Retiring from the College this spring, but returning as a senior scholar for the next academic year, Sloan has strong feelings about the academic world, one he knows intimately. He not only grew up in the college town of Ann Arbor, Mich., among children of other scholars, but he also hails from a family steeped in university life—with his father, grandfather, uncle, and two great-uncles, all professors of various disciplines.

As early as high school, Sloan says, “I used to tell everyone what was what” in the realm of history. An avid reader of Bruce Catton’s Civil War narratives, Sloan knew the day he entered Stanford University what major he would pursue. He didn’t immediately gravitate toward early-American history but studied much European history; he says, “I specialized in taking classes with people who were interesting.”

Three years later, he pursued the same strategy in a graduate program at Columbia University, and was strongly influenced by two professors of early-American history, Peter Onuf and the late Eric McKitrick.The subject matter recalled Sloan’s childhood visits each summer to his grandmother’s home in Marietta, Ohio, a pioneer town with a history museum that fascinated him. Even more than the topic, the dynamic lectures of McKitrick also awed Sloan. These “performances,” as Sloan calls them, were marked by irony, ambiguity, and paradox. They were modeled after those delivered during what Sloan describes as the golden age of Columbia, which he says spans the post–World War II period to l968, and includes such illustrious professors as Lionel Trilling, Richard Hofstadter, C. Wright Mills, and Meyer Schapiro.

During his time at Barnard, Sloan has appeared on several popular media outlets as “the historical expert.” He allows, “That’s just the way it is when you’re in the Columbia universe.” But one senses that his wry humor and affable manner may also have played a role. In 2001, he appeared briefly on The Daily Show with Jon Stewart to refute the credentials of a pundit who claimed that George Washington was not the nation’s first president. In 2012, WNYC radio asked Sloan to vet the historical accuracy of a “Revolutionary pop playlist,” a group of songs that referenced at least one of the Founding Fathers—one example was “Lincoln,Washington, and that Jefferson Guy” by They Might Be Giants. The History Channel beckoned in 2013 for its program 10 ThingsYou Don’t Know About. Sloan discussed financial difficulties experienced by some early U.S. presidents.

Sloan’s achievements include the publication of numerous essays and the book, Principle & Interest: Thomas Jefferson and the Problem of Debt, first printed in 1995 by Oxford University Press. He also received Barnard’s Ann Whitney Olin professorship for excellence in scholarship and teaching. Another highlight was receiving the Emily Gregory Award. “It was a validation that I was not in deep trouble,” says Sloan with a smile. Students nominate the recipient of the Emily Gregory, which pays tribute to a professor’s teaching and service.

Not surprisingly, the admiration is mutual. “They’re smart and they’ve gotten smarter,” says Sloan. As for this generation’s ready access to information? “It’s not entirely a positive development,” says Sloan, who has also taught at Hunter College and Columbia. He adds that researchers today inevitably lose a deeper sense of learning because they don’t need to sift through pages of material. On
the other hand, Sloan is not unilaterally opposed to change.

He does advise widening the scope of teaching early-American history to include the entire hemisphere. With the demographic changes in the U.S., Sloan says it no longer makes sense to tell the story of America as “starting on the East Coast and then marching...until you get to the San Francisco Bay.We need to give much more thought to what happens in the Spanish colonies.”

Sloan adds, “There’s also that great non-subject, Canada, our largest trading partner. Americans know nothing about Canada, and that is amazing.” It just may be up to Sloan to institute some of these modifications. He’s retiring, except that as a senior scholar, he’ll be teaching two classes, including a survey course on U.S. history. “The chair twisted my arm,” he says.