Barnard women are familiar sights in courtrooms, on red carpets, and on bestseller lists. But there is another place where the College makes an impact: farms.

That impact began during World War I, when Barnard students and alumnae, called “farmerettes,” enrolled in a program aimed at replacing male farm labor lost to the war. Suggested by Dean Virginia Gildersleeve, who served on the New York Mayor’s Committee of Women on National Defense, the program sent 142 young women upstate in the summer of 1917 to dig, plow, and harvest. Like many good ideas germinated at Barnard, this one grew. Within two years, 20,000 women in twenty-five states participated.

In the decades since, graduates have gone off to farms around the world. The alumnae profiled in these pages have a wide range of agricultural roles, but their education unites them: four women who stepped out of the box—and onto a farm.

Crystal Cook Marshall’s years at Barnard were years of upheaval, with students protesting the first Gulf War. “It was an era of political awareness that shaped me,” says the West Virginia native, who now splits her time between the farm she runs with her husband in Union Grove, North Carolina, and operating a producer’s cooperative and educational nonprofit in West Virginia.

Marshall continues to see the world through the human-rights paradigm she studied as a history major. That includes her current project, using agriculture to cultivate sustainable economic alternatives to central Appalachia. Her producers’ cooperative, called SEEDH (Southeast Economic and Educational Development Hub), helps farmers with product development. “We do the branding, outreach, logistics, and handshaking, so you can be producing your thing,” she explains. Her group is also investigating the possibility of making maple-syrup production profitable in a region long dependent on coal.

Sometimes, because of her gender—and the fact that two of her co-principles in the cooperative are farmers of color—state and local agencies treat her like an outsider. “We face the challenges of not being, shall we say, good old boys,” she notes. But their work has been well-received by residents. “In the deep West Virginia coalfields,” she reports, “we have had a very positive response” to projects such as one that will help new farmers build greenhouses to extend their growing seasons. What she learned at Barnard she applies in the field: “People respect those who show up and keep showing up to earn commitment and trust.”

At age thirteen, Abigail Carroll knew exactly where she wanted to live: Paris. So she majored in both French and Spanish literature, got a master’s degree in international finance, and in 1998 took to the French capital to work for a telecom start-up, eventually trading stocks, consulting on business plans, and, even, dating a French count.

But in 2009, she realized she was “not contributing in any meaningful level to anyone’s life, including my own.” So she headed home, ditching the count and trading Paris’s canals for the gulf off her native Maine. When a consulting client there, an oyster farmer, left his venture, Carroll saw an opportunity that eventually became a boutique oyster farm: Nonesuch. “With the farm,” she says, “I had a purpose that felt greater than worrying about my own problems—like keeping those oysters alive.”

For four years, she barely broke even. Then, in 2014, when it seemed the farm would finally turn a profit, an intensely cold winter nearly wiped out all her oysters.

The near-disaster forced a deeper commitment to her vision of sustainable eating, Maine’s coast, and the ocean. That vision is now manifest in more than oysters, with the farm offering tours, raw-bar catering, and a seaweed-derived skincare line.

Despite having a different life than the one she imagined in college, there is something decidedly “Barnard” about her path, Carroll says. “Barnard’s about allowing you to be an iconoclast,” giving alumnae the confidence to trade in couture for a wet suit, and Paris’s bright lights for the icy waters of Maine.

One gift changed Sally Wendt Fitz’s life. Two decades ago, the clinical psychologist bought her husband, Bob, a 1952 vintage tractor, a nod to his childhood summers spent on a farm in Ohio. But in their White Plains, New York, home, the tractor—used primarily for driving children around the driveway—didn’t just remind Bob of being on a farm; it propelled him back to one.

In 2002, the couple and their young daughter moved to Amherst, Massachusetts. Initially, Bob volunteered on a local farm to learn and become a part of the farming community. Then, the couple heard about an orchard for sale nearby.

Today, their family owns the sixty-three-acre Small Ones Farm in western Massachusetts, growing more than fifty varieties of apples, all organically, along with other produce. The farm offers apple picking, a summer concert series, and an internship program, and hosts school trips and retreats. Its mission is two-fold: “to grow our fruit sustainably and organically to protect the environment,” Fitz says, and “to inspire the community, particularly children, to learn about agriculture and have the kinds of experiences that inspired Bob to farm.” 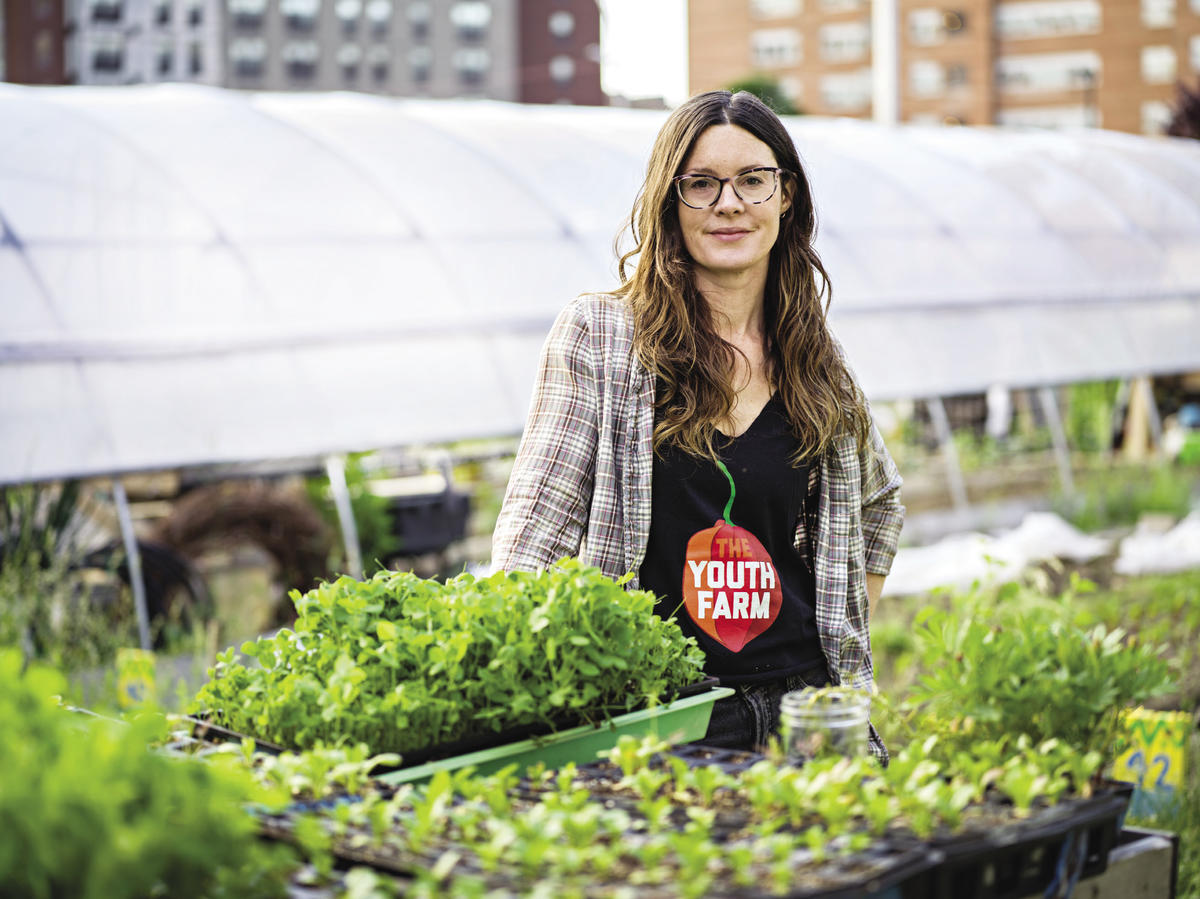 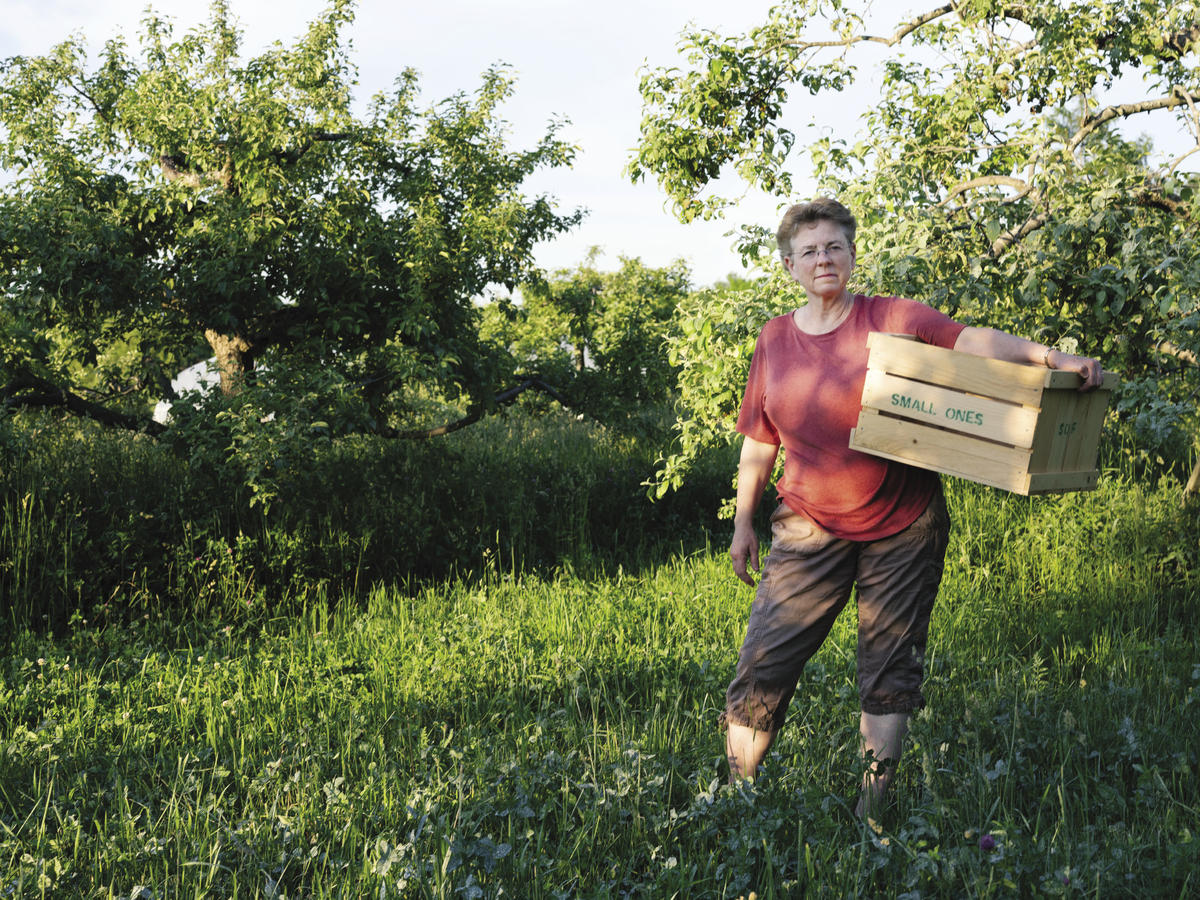 Barnard’s about allowing you to be an iconoclast