This year, at least eight Barnard alumnae were candidates for public office, for positions as varied as registrar of deeds and governor of one of the country’s most populous states. (We’ll let you know in the next issue how they fared.) While these alumnae are part of an upsurge of female candidates competing for elective office, they are also part of an impressive College tradition: Barnard women embracing public service to promote the common good. Indeed, this year’s candidates stand on the shoulders of some pretty accomplished predecessors. Here are just a few. 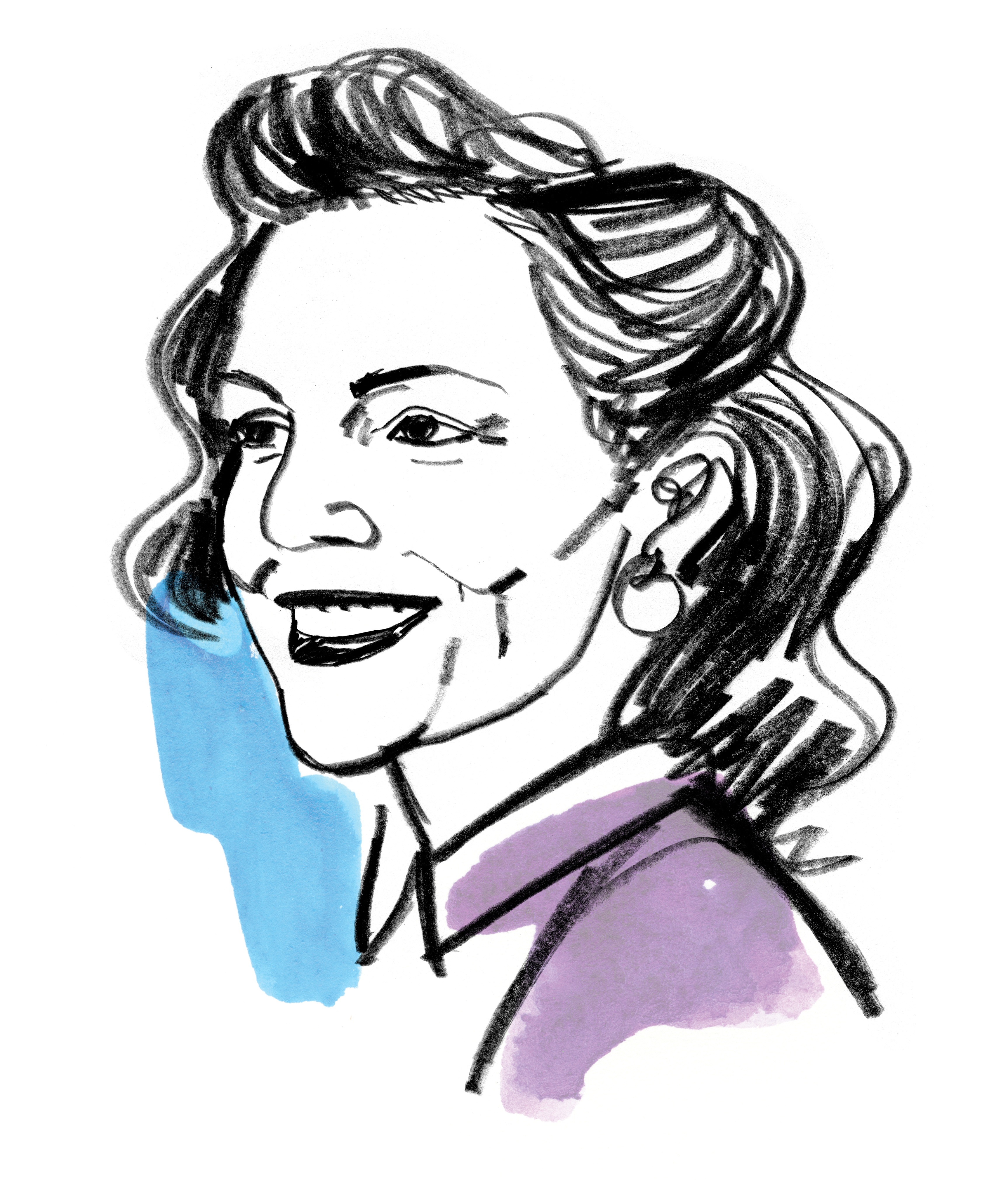 Helen Gahagan Douglas hadn’t originally planned for a career in elective office. With her sights set on the bright lights of Broadway, in 1920 she enrolled at nearby Barnard. Finding success on stage, Gahagan Douglas left the College after her sophomore year, eventually traveling the world as a much-lauded actress and opera singer.

The Great Depression and the rise of Nazism inspired Gahagan Douglas to become politically active. In 1944, the star became the third woman to represent California in Congress, winning three straight elections. Of her efforts, she said, “I saw the possibility, if we all sat back and did nothing, of a world in which there would no longer be any stages for actors to act on.”

On Capitol Hill, she advocated for international cooperation, equal rights for women and African Americans, and protections for workers. In the 1950 Democratic primary for California’s U.S. senate seat, she won, despite being baited as a communist sympathizer.

That demonization continued into the general election. Richard Nixon, Douglas’s Republican opponent, disparaged her as “pink right down to her underwear.” Gahagan Douglas lost the race. After her defeat, she became a writer, and remained an activist, particularly for human rights and nuclear disarmament.

In 1979, a year before her death, Gahagan Douglas received Barnard’s Medal of Distinction. It honored her “fearless, lifetime devotion to the cause of political, racial and religious freedoms” and praised her “for instructing us in citizenship, in responsibility and in service to ideals and country.” 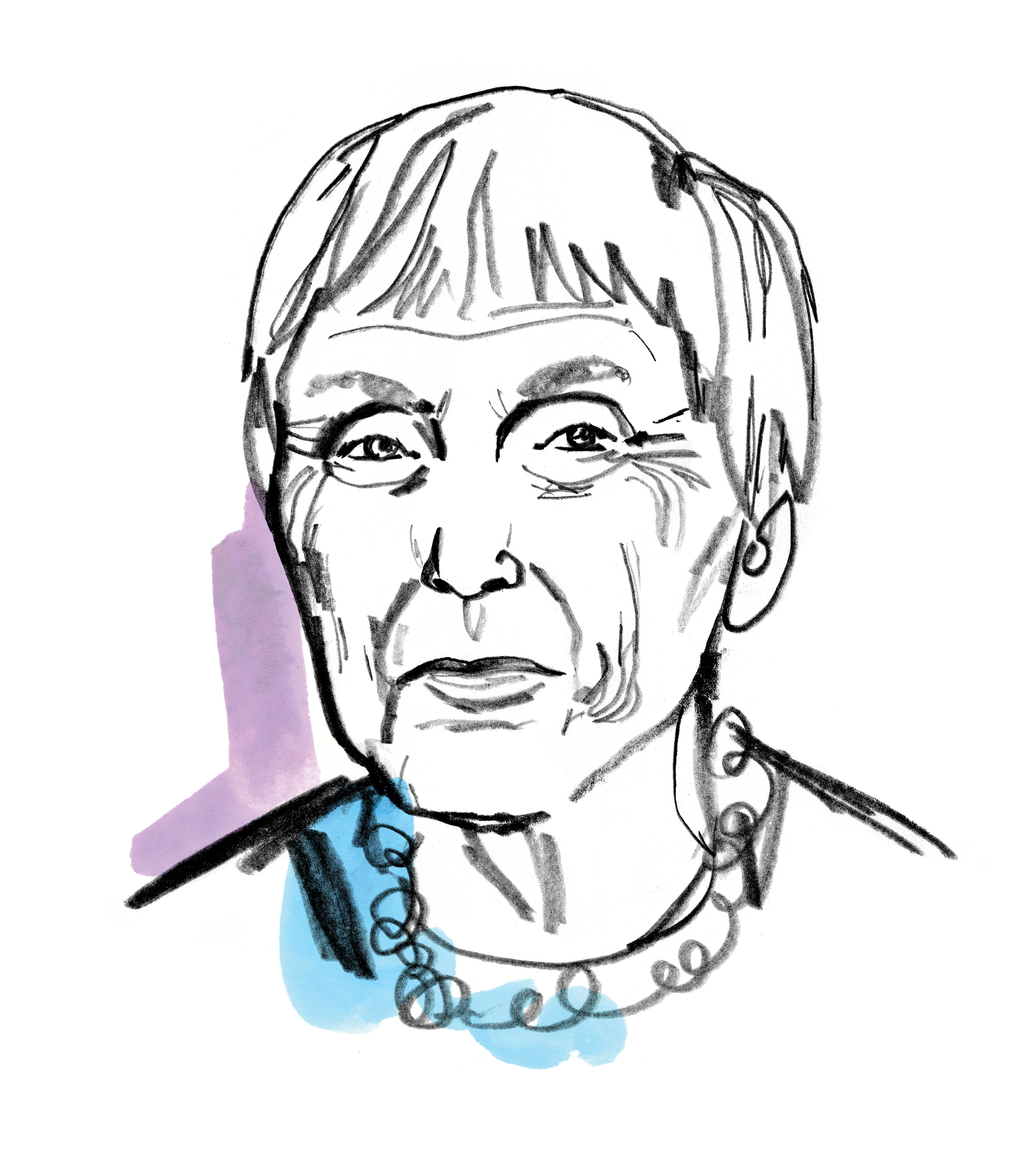 “Idealistic,” “reformer,” “compassionate.” These are some of the words New Hampshire’s Secretary of State Bill Gardner used to describe Betty Hall at her memorial service in June. “If Betty ever saw an injustice,” Gardner said, she did “what it took to make it right.”

Hall became active in local politics in the small New Hampshire town of Brookline where she moved after graduation. “She loved to serve and enjoyed the connection with other people,” says daughter Mary Batcheller, noting that her mother participated in nearly every local board, including the the school board and the board of selectmen. In 1970, Hall was elected to the state’s House of Representatives, ultimately serving seven terms as a Republican and another seven as a Democrat. “She was against being wedded to a party,” says Batcheller. “She always thought for herself and wanted other people to do so as well.”

Passionate about the power of public service, Hall encouraged and mentored others. Batcheller recounts a story about a meeting at which each attendee was asked how they got into politics. Everybody there said, “Betty Hall said I should run.” 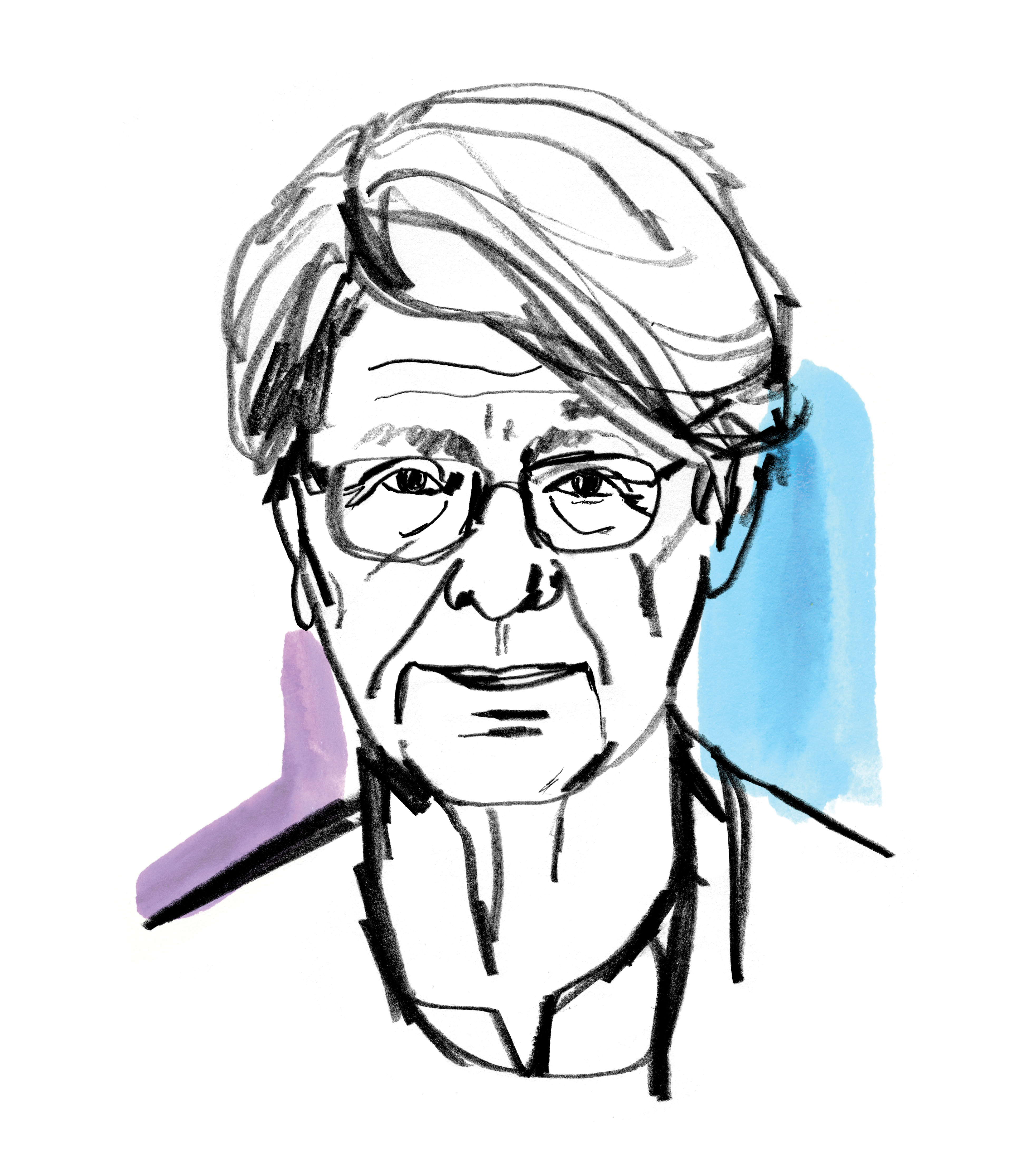 Talk to anyone about Peg Miller and you’ll hear about her love for helping people and her passion for politics. “Even in the week before Peg died [in July], she was still talking about Missouri state politics,” says granddaughter Whitney Miller.

Miller served two terms in the Missouri General Assembly, from 1972 to 1976. Representing a conservative district, Miller (correctly) assumed that a vote to ratify the Equal Rights Amendment, which would enshrine equal rights for women in the U.S. Constitution, would lead to her defeat in the next election. She voted for it anyway.

“When Peg took this stand, women couldn’t get a credit card or a loan in their own name. So, to have someone stand up against their own [Republican] party and support the ERA was huge,” says friend Carolyn Lineberry.

Lineberry says that Miller was proud of her Barnard degree, which she received on D-Day. The College “helped develop her into the open-minded and far-thinking person that she was,” Lineberry says.

“Peg was one of those legislators we wish each legislator would be. She did not stick straight to party lines and tried to have the best outcome for everyone involved.” 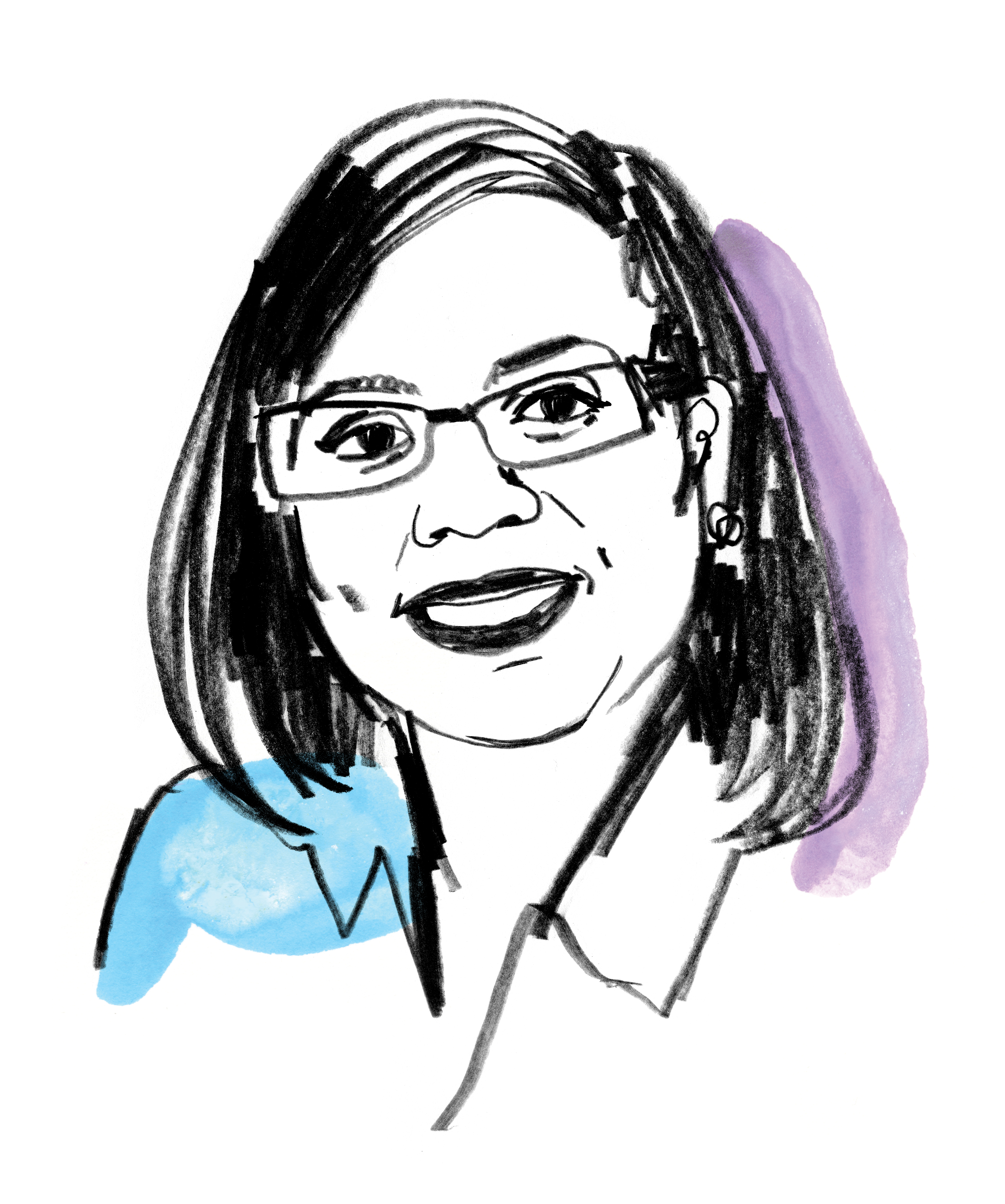 Deni Taveras’s drive to serve as a member of Maryland’s Prince George’s County Council stems from her roots as a Dominican immigrant. “My district is a Latino community that needed representation, and I thought I could do a good job in advocating,” says Taveras. Her constituents clearly agree: After winning election in 2014 and the Democrat primary this June, she ran unopposed in the recent general election.

“I understand firsthand the challenges of those with limited English-speaking skills and few financial resources,” she says, “and those who have gone through traumatic experiences.” Both of Taveras’s parents died by the time she was eight; she was raised primarily by her grandmother.

Taveras is thankful that her grandmother and her teachers encouraged her education. After earning a master’s degree in chemistry, Taveras worked for the U.S. Environmental Protection Agency. There, she says, “I started to look at the linkages between science and politics.”

Her concern about environmental issues prompted her to lead successful efforts to ban both fracking and Styrofoam in her county. Taveras is creating a task force to help double high-school graduation rates in her district. And she’s had a range of successes on issues such as public health, public safety, and local neighborhood conditions. The College deserves some of the credit, she says. “Barnard instilled in me the ability to pursue my passion.” 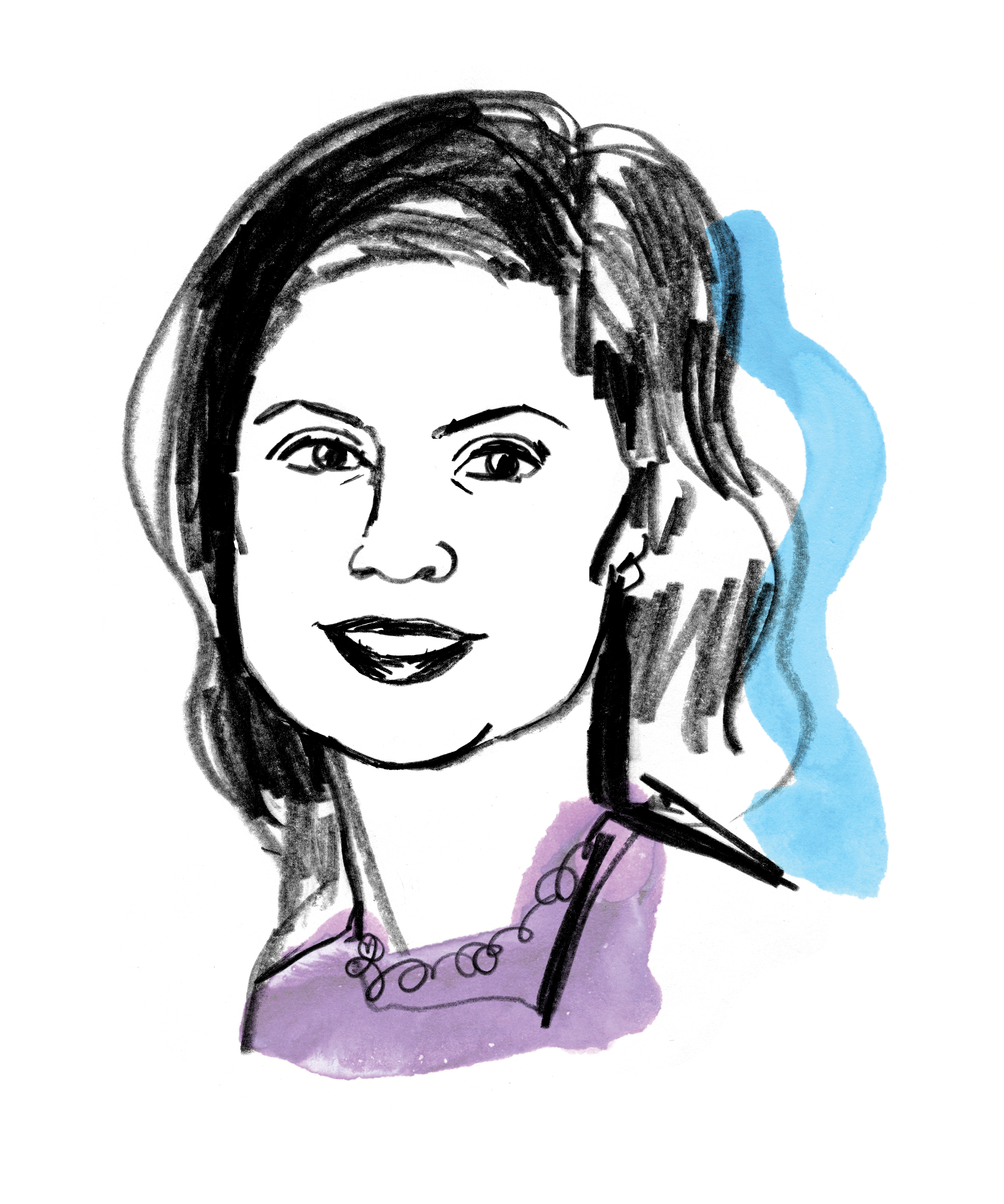 “When I saw projects coming in that I was concerned wouldn’t benefit the community, I started paying attention to local politics,” says Janice Duarte, a lifelong Mount Vernon, New York, resident.

Duarte’s advocacy attracted notice. “When I spoke at meetings, I presented research I had done that supported my concerns,” she says. “Local people asked if I would run for office, saying, ‘You are thoughtful and do your research; we need people like you in elected office.’ ”

Duarte lost her first campaign for City Council, in 2015. But in 2017, she won. “I focus on what we’re doing right and looking at how we bring in other ideas, models, and ways of doing things to improve the services the city provides so we can have a positive impact on people’s quality of life,” Duarte says.

Given the current climate, she believes it is important for women to get involved in government. “We are natural collaborators, which is what I believe that the collective public is yearning for,” she says. “Women will be driving this next wave of change.”

Michele Lynn ’82 has written for Parenting, among other publications.