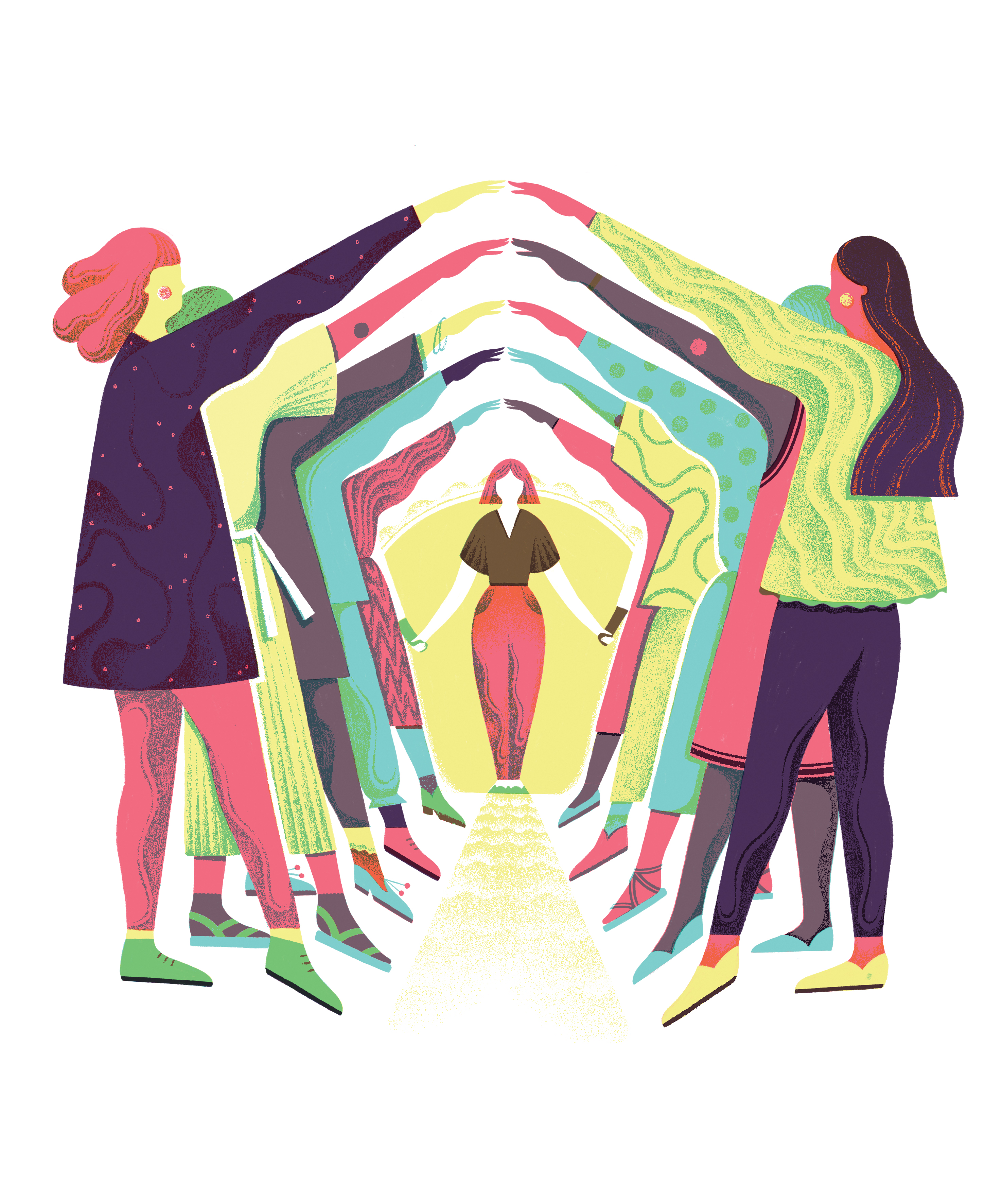 In Robert Frost’s famous poem “The Road Not Taken,” the narrator must make a choice between two almost identical paths. Both traversed the same “yellow wood.” But in hindsight, the narrator makes the one he took sound brave and original. I understand: Who wants to look unadventurous? Who wants to publicly own up to choices tinged with regret? The truth is, though, in photoshopping our lives for public consumption, we can miss out on the true connections that are the cornerstones of a meaningful life. We lose the joys of being known and accepted.

I discovered this at my 30th Reunion. And it was the best thing that could have happened to me. Here’s how it came about:

After rising in journalism to a position I loved, as anchor and senior reporter at cable news station NY1, I had come back to the College to speak on panels and mentor students. For my class’s 25th Reunion dinner, I was asked to be the featured speaker, likely because I had, at different phases, been a full-time working mom with a really demanding job, a part-time working mom, and a stay-at-home mom—and could speak to our class’s many constituencies.

Five years later, at our 30th, I was still at home with my three children. I’d left journalism when my husband’s job relocated us to London. But by the time we came back, my kids’ chronic and complex medical conditions meant I often felt overwhelmed and couldn’t manage a job outside the home—certainly not one with lots of late nights and unpredictable hours, like my old job. I was hamstrung—devoted to my kids, but unable to go back to work because of what I felt it took to take care of them.

At our 30th Reunion dinner, I was voted class president, which meant still more work, but somehow also like a lifeline back to myself, to the vitality present in my Barnard sisterhood. As the new president, I wasn’t planning to say much other than to encourage people to volunteer for class projects—a one-minute pitch. I felt something bordering on shame that my career was on hold, that I couldn’t manage caring for the medical complexities and special needs of my children and still hold down meaningful work outside the home. I felt that I had somehow failed what I thought was the Barnard mandate to “have it all.”

After the wonderful speaker at our dinner, our then-retiring class president, Nancy Rieger, decided to open up the floor to the rest of us: “Tell us what you’ve been up to,” she implored. Dutifully, one highly accomplished classmate after another got up and shared her professional triumphs, along with news of her exemplary progeny. One worked a job as a senior physician at a major research hospital and still had four perfect children who were already old enough to be launched in life. Another traveled the world as a journalist. There was even an astronaut. They were really inspiring, but not so great for my sense of self. Pointing to my kids’ complex medical profiles as the reason I couldn’t climb every mountain felt like an excuse, despite the fact that there were chronic illnesses to be managed, draining interventions, and extensive coordination of up to ten appointments a week.

Out of an overabundance of kindness and in a nod to my new role as class president, Nancy reached out to me directly to “share.” I demurred. I was keenly aware that the reporter in me who used to get stopped on the street by unknown TV viewers had somehow been subsumed by the “here are the lab reports for your child, Ms. Dizenhuz” mom. I wasn’t feeling great about trumpeting this particular road less traveled. More people called for me to speak and then Nancy gave me a meaningful nod. I protested, this time aloud. “I have not one thing to report, thank you very much.”

Nancy and others continued to push sweetly but insistently: Share. I didn’t know what to do. I couldn’t and wouldn’t confect some sugarcoated bit of fiction to make myself sound accomplished and fulfilled. But I didn’t want anyone to feel sorry for me either. So I was stuck. There was no way to frame this difficult passage to make the mundane sound exciting, implying that my “road less traveled” was just another mountain I’d recently crested.

Finally, I swallowed hard and blurted: “There’s work that’s hard on the back, work that challenges the mind, and then there’s work that’s hard on the spirit. I am home with my children who require a great deal more care than the average family, and while I love them fiercely, this work has consumed me. It feels like there is no room for me in my own life right now. This work challenges my mind. It requires writing and advocating; arguing for insurance to cover their care, and for their schools to support them through their absences; trying to connect with the right tutors to help them catch up, and often teaching them myself. Perhaps many of you can do both: all-consuming jobs and fierce nurturing work at home. But I cannot. And while I feel disappointed in myself, I just can’t. Sometimes I don’t know if I am actually making any progress climbing the mountain or just being Sisyphus pushing that rock up a bit, only to have it roll backward and flatten me.” 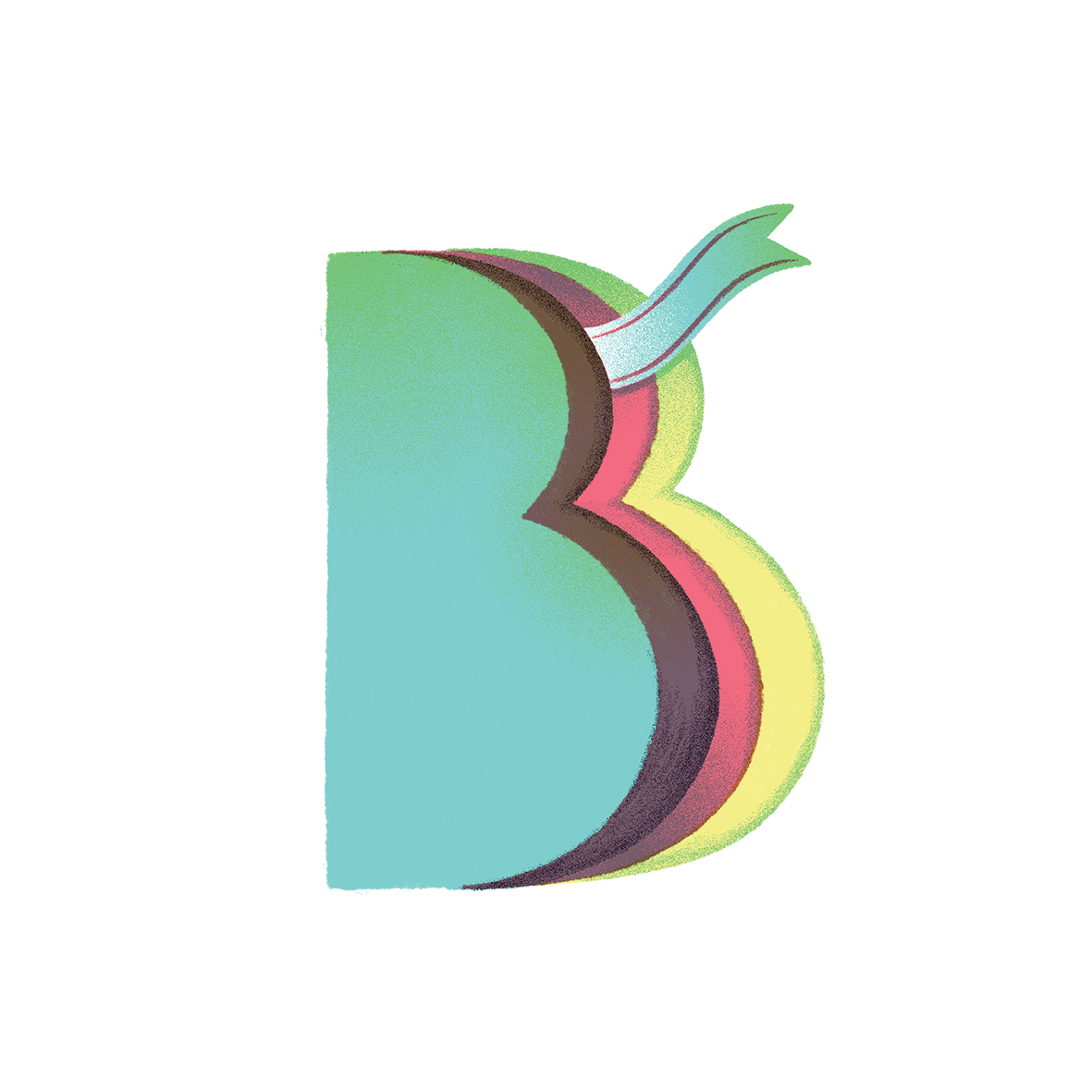 I breathed. Then I looked around at the stunned, warm, accepting faces of these profoundly accomplished women and felt not judgment or disappointment, but an incredible fellowship. Unintentionally, too, my confession gave my classmates permission to be imperfect or stymied, unfulfilled or thwarted—to have endured reversals themselves and still be “worthy” as Barnard women. One classmate after the next began to stand and share her diversion from the road she’d planned.

Afterwards, at my seat, I was swarmed by people thanking me for opening up. The warmest, most supporting, Fulbright–Scholar types approached me, as did my fellow battlers in the trenches. And when these women broke their silence, they were fascinating and compelling, original and inspiring: amazing, strong women who’d battled cancer, unemployment, floundering careers, failed marriages, and unimaginable losses. Their stories were gripping. Hearing them was jarring, alarming, and exhilarating at once. It was real life, shared.

For all Barnard’s Wonder Woman rhetoric, it’s not just bold, beautiful, and unafraid that happens at Barnard and beyond. Imperfect happens, too. I think all of us might welcome hearing how the bold and the beautiful are grappling with life’s more mundane and universal challenges. Maybe the support of the Barnard hive can even spur us on to renewed strength and innovation in our approaches to these difficulties. And then maybe, just maybe, we can get back to our best selves and be eager to head to the lectern at future Reunions, instead of hovering near the back.

At Convocation last year, President Beilock shared stories of her numerous failures on her own road less traveled. Perhaps owning our weaknesses is our best shot at finding our strengths. It’s likely that the road less traveled, the one with all those unplanned reversals, is lined with our Barnard sisters cheering us along the way.

Sharon Dizenhuz is writing a novel that celebrates the power of abiding friendships.