Audrey McNeal ’24 has canvassed for Sen. Raphael Warnock, campaigned for Stacey Abrams, and confirmed Joe Biden and Kamala Harris at the DNC. She’s only a first-year, and she’s just getting started 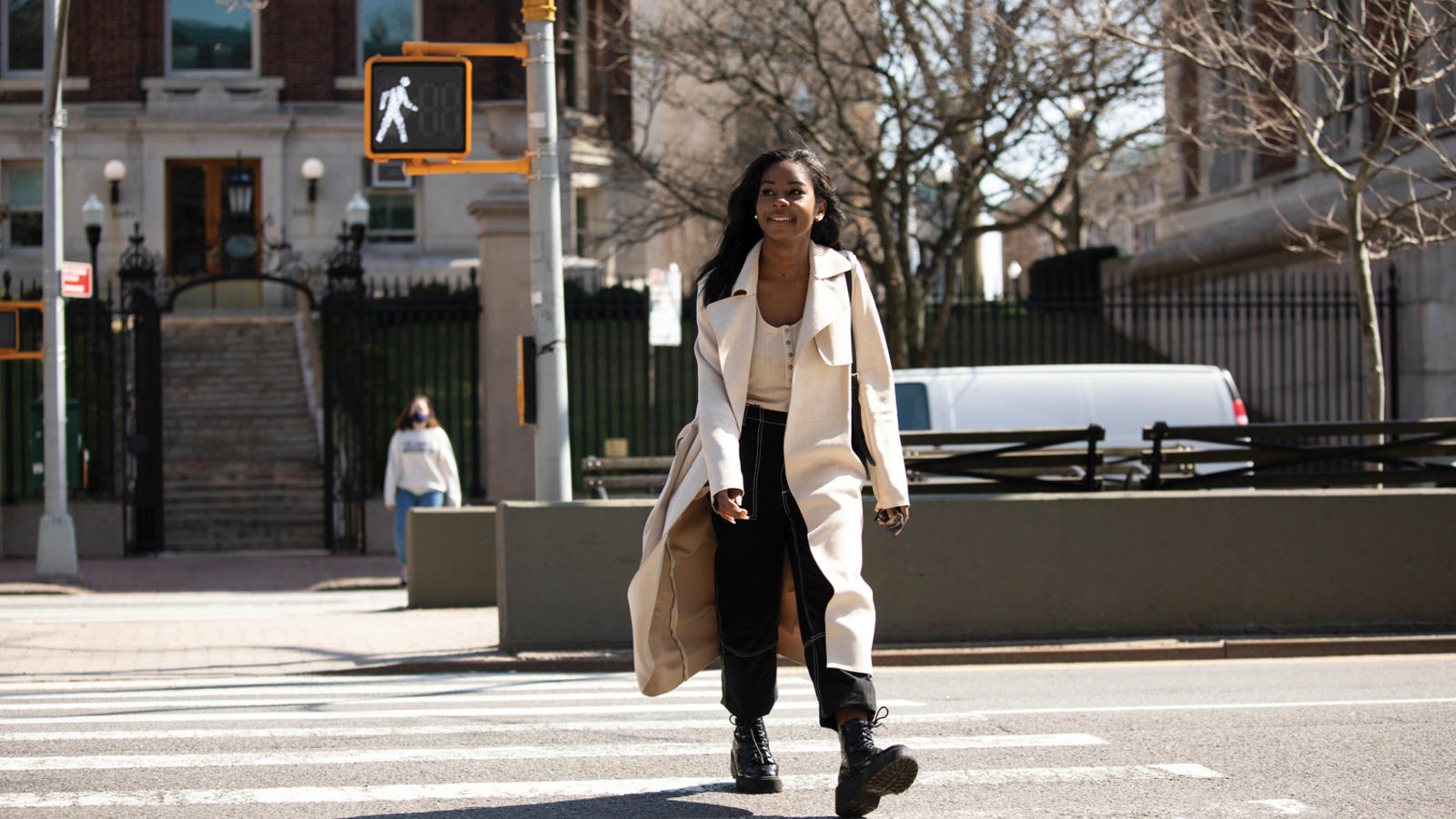 In early January, all eyes were on Georgia. After the Senate race was too close to call in November, Georgians returned to polling sites to cast their ballots once more. The stakes were high: The outcome of the election would determine the majority in the Senate. In the days leading up to the election, Audrey McNeal ’24, serving as a campaign intern for Reverend Raphael Warnock, was busy organizing and conducting outreach to people all over the country through emailing and phone banking. The goal was to mobilize the youth vote. “We’re not up next, we’re up now,” says McNeal, whose work has centered on increasing political engagement among the young and making her own voice heard.

But galvanizing her peers to take action is nothing new for the 19-year-old, who has stepped up time and time again to serve her community. Last year, she ran to be a delegate to the Democratic National Convention, not only winning the most votes in her home district but also becoming the youngest elected delegate from her district. And in 2018, she interned with Stacey Abrams during her gubernatorial run.

McNeal grew up in a historically red county outside of metro Atlanta. When she reached high school, she noticed that few of her peers were having bipartisan conversations. While there was a sizable Young Republican Club, the Young Democrats’ presence was very meager, recalls McNeal. “I thought to myself, if we don’t start political conversations, especially in a world where the media we consume is already very catered to our beliefs, then some people would just never know to change their minds about some things or at least strengthen their own political beliefs by encountering the other argument or the other side.”

Recognizing the need to foster more open dialogue around politics, McNeal founded Political Converse, a club to bring Democrats and Republicans together to engage in civil debates and explore bipartisan solutions. Along with this effort, McNeal co-founded Stronger Together with a local university professor to advocate for students of color in counties across Georgia by pushing for initiatives like a Senate study committee on educational development. She also participated in American Legion Auxiliary Girls Nation, a weeklong program to introduce teenage girls to public service, and the Model Atlanta Regional Commission, for which she served as the chair for the natural resources committee. These collective experiences are what cemented McNeal’s interest in politics. “I realized I wanted to dedicate my life and my career to be in service to something that’s greater than myself,” she says.

Now, McNeal is determined to get more young people to participate in the political process; she wants them to know that their voice and their vote have power. “I think historically young people have really been the change that we’ve wanted to see in America,” remarks McNeal.

I think historically young people have really been the change that we’ve wanted to see in America.

McNeal’s passion for youth engagement prompted her to run for delegate in her home state of Georgia in March 2020. She recognized the important role 18- to 24-year-olds play in the election cycle, especially in red states like Georgia. “I thought that I could propel people to vote,” she says, and after running a successful online campaign — McNeal notes that instead of going door to door, she went email to email — she was elected as a delegate to the 2020 Democratic National Convention (held virtually as a result of the COVID-19 pandemic). In August, she joined delegates across the country to confirm Joe Biden, Kamala Harris, and the Democratic Party platform. “Just me being a part of confirming someone like Kamala Harris, who is the first person of color and first woman vice president, was really amazing and profound,” she remarks.

After the convention, McNeal realized there was still critical work to be done, particularly in her home state. As the runoff election was heating up, she landed an internship working for Reverend Raphael Warnock’s campaign. A key factor of the race was communicating the stakes of the election to young people and securing their votes. “It was really interesting seeing young people so touched from not only people in our state but people from all over the nation — just using social media to say like, look, the whole country really is counting on you, like you can make a difference and change the majority in the Senate,” recalls McNeal.

Despite the uphill battle, McNeal and her team were determined to give it their all. They conducted outreach across the country, encouraging people to contribute whatever they could to support the campaign. “I guess the underdog mentality helped us know that every call, every text message, every door that we canvassed really did matter,” says McNeal.

And their hard work paid off: On January 6, 2021, Warnock clinched the victory, along with fellow Democrat Jon Ossoff. (Warnock is the first African American senator, and Ossoff the first Jewish senator, from the state of Georgia.) “They were a very dynamic duo, and they stood for a lot of hope for the people of Georgia. I mean the significance is really uncanny,” McNeal notes.

While McNeal is still determining her career path — law school or a position as a public servant are possibilities — she knows she wants to be a political science major. She’s already taken quite a few poli sci classes — including Intro to American Politics, The American Presidency, and, as her First-Year Seminar, Writing American Lives — and is looking forward to exploring more of the department’s offerings during her time at Barnard. And her political aspirations extend beyond the campus gates. She also wants to take advantage of her time in New York City by participating in advocacy efforts and getting more policy experience, possibly by working for a state or local official.

For now, she continues her political involvement through projects like the Partnership for Southern Equity Youth Initiative KTSE (“Keep That Same Energy”), firmly rooted in the belief that young people can spark meaningful change. “They challenge systems and they change them, which I think is a really powerful thing, being a young person in politics,” she says. “It’s our place to call out our society and be the change that we want to see.” 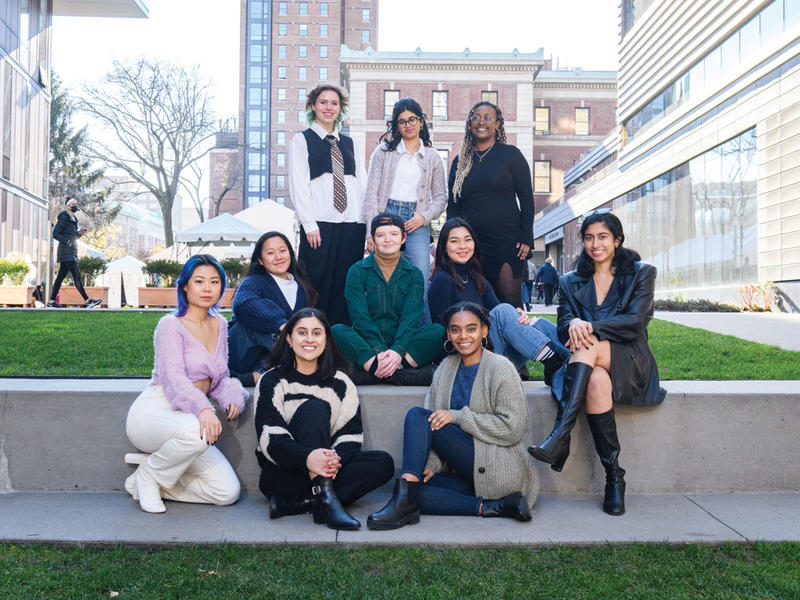 How Do We Communicate Science?

The Science of Writing 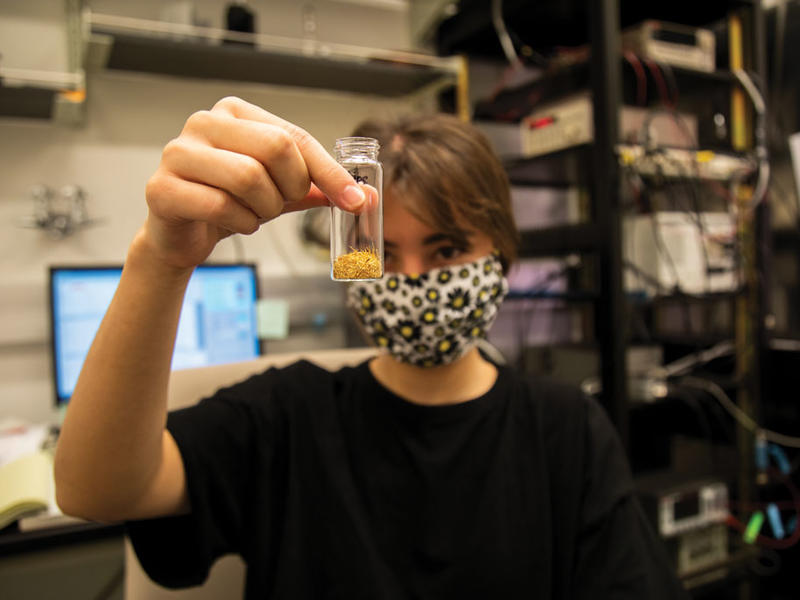 How Do We Change the Faces of STEM?

Iris Liu ’22 and her journey with STEM at Barnard