New to Reunion 2014: an academic sampler of subjects from the College’s current course offerings drew alumnae in droves to “On the Fast Track: Micro Lectures by Barnard Faculty” in the Held Auditorium on Friday afternoon. The jam-packed event consisted of 10-minute talks by four professors on a range of subjects, giving alumnae a taste of what today’s students are learning. The topics were irresistible, from the mysterious black holes of the universe to sex and American culture. Breakout sessions with each faculty member followed, enabling alumnae to discuss the subjects in greater depth.

Janna Levin ’88, associate professor of physics and astronomy, spoke first, noting that when she entered Barnard, she had had little exposure to math and science. She credited the College with giving her the chance to explore different subjects and with helping her pinpoint her life’s passion. Levin explained that our galaxy, the Milky Way, has around 100 billion stars, and after the 1990 launch of the Hubble telescope, astronomers could, for the first time, gain some understanding of galaxies beyond our own. “This is really quite spectacular that the universe is so vast,” Levin said. “Literally, as far as the eye can see, galaxies abound. There are as many galaxies in the universe that are visible to us as there are stars in any given galaxy. That’s really quite amazing.”

But galaxies include more than stars. Most of Levin’s talk was about those mysterious aspects of the universe known as black holes, from which gravity prevents anything from escaping. “Anything” includes light; any light that gets too close to a black hole is sucked in by its extraordinary gravitational pull. “We have something like a million black holes in our own galaxy,” she said. “In fact, there’s a supermass of black holes at its center. There’s this funny thing—black holes are dark from the outside, but they’re not dark inside,” she added. Inside a black hole is a bright flash of light.

As a black hole pulls in material from neighboring stars, it spits up magnetic fields and shoots luminous jets from the center, which is something that can be seen with a radio telescope. The forefront of work on black holes involves holes that are completely dark. Although there is no sound in space, Levin said the shape of space wobbles, which is thought to happen when two black holes orbiting around each other cause a ringing of space. Studying these sounds is ongoing with new discoveries to come, Levin explained.

The next speaker was Pamela Cobrin, senior lecturer in English and director of the writing and speaking programs, who gave alumnae a look at her first-year seminar. “My students find out that when we talk about sex and its influence on culture, what we’re really talking about is how we understand the evolution of our national identity—from its earliest history on—through the lens of sexual and gender norms,” said Cobrin. “How does our culture define itself by regulation of gender and sexuality?

“Gender and sexuality always intersect with race, class, and ethnicity,” she added. “We read theories, plays, novels, newspaper articles, and advertisements from American history.” Cobrin read from a book by French philosopher Michel Foucault, in which he referred to sexuality as “an especially dense transfer point for relations of power.”

“How sexual relationships are stamped as normative in our culture is about relation to power—who has it, who gets to judge, what does and does not count as normative behavior,” she noted. “Marriage as an institution and its place in American history serves as an excellent touchstone for any discussion about sex and power within our culture.”

Theatre too provides landmarks as to gender and sexuality norms in America. “What’s scandalous one year is commonplace a few years later,” she said. “Because of its position and having a voice, but without the task of regulating public behavior, theatre was often seen as suspect by varying political and religious views as well as mainstream culture, up until the mid-20th century.”

How authorities treated theatrical productions also provides insight into how sex, gender, race, class, and ethnicity were seen at a given historical period. Cobrin concluded with a reference to Margaret Sanger’s birth-control mission of the early 20th century and how challenges she faced can be examined in a cultural context.

HAITI IN THE WESTERN IMAGINATION: OF POVERTY, ZOMBIES, AND OTHER CONTAGIONS 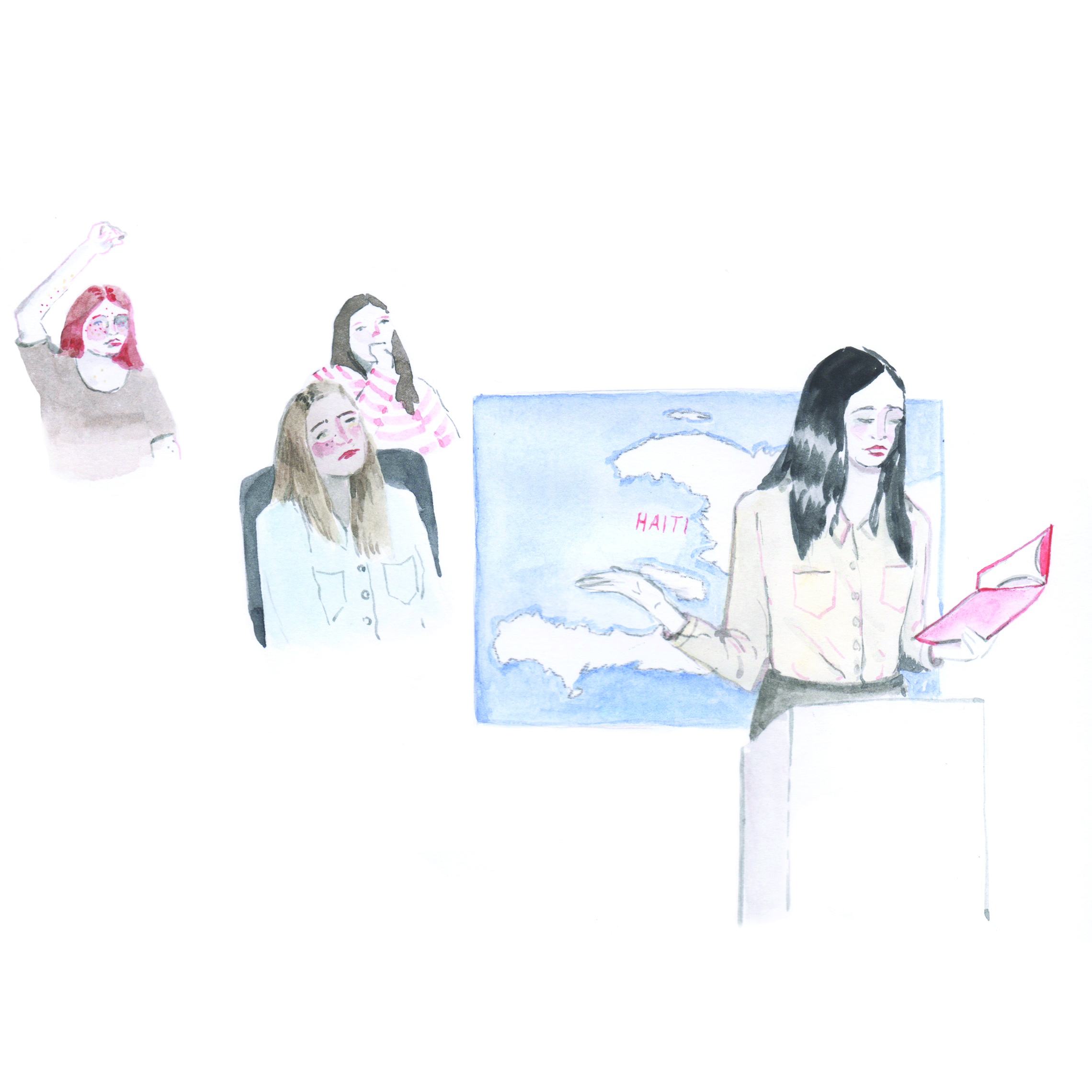 Kaiama Glover, associate professor of French, was the next speaker, and focused on Haiti past and present. “Since the January 2010 earthquake in the Caribbean, Haiti’s become something of a superstar, a cause célèbre,” Glover noted. The images shown to the world of devastation and poverty depicted the people of Haiti as desolate. Four and a half years later, little has changed in terms of how Haiti is seen by most Americans.

“What I’m going to suggest is that ever since the island nation’s revolutionary beginnings in 1791 to 1804, when it became the first black republic in the world, the nation has been more or less subtly Africanized in the media,” Glover said. “There are a number of very uncanny commonalities [in] the images of Haiti and images of Africa, the ones that were constructed and circulated, particularly during the 1980s.” Glover referred to television ads from the 1980s and ’90s for charities such as Save the Children and Christian Children’s Fund, which featured narration by American celebrities—usually white—while images of desperately poor black children were shown, amid pleas of how they needed help and guidance.

Making the issues surrounding Haiti more acute is its close proximity to the United States—only about 700 miles off the coast of Florida. This highlights the issues of race, faith, and poverty, and the fear that these could directly “infect” the U.S.

“I want to highlight some particular elements of this idea of threatening, encroaching, needing to be contained, poverty and misery,” Glover said. “These portrayals…in some ways relate to Hollywood reconstructions of other examples of masses of people that are encroaching [on] the gates of civilization.” 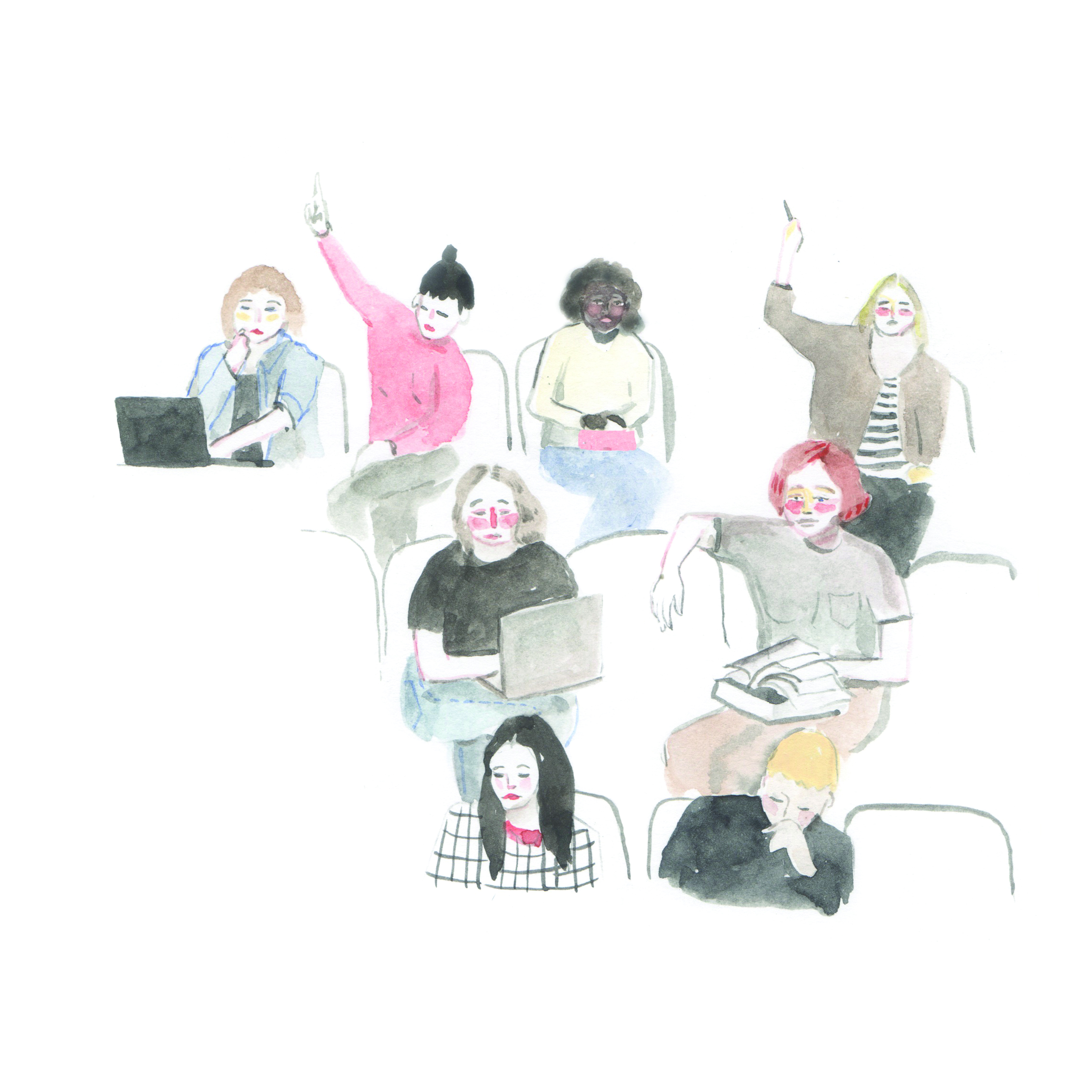 The final micro lecture was by psychology professor Steven Stroessner, who spoke on how people perceive and react to danger. “We are all prompted with signals in our environment that suggest we’re in danger,” explained Stroessner. “When we’re faced with a threat that seems…imminent, we often feel compelled to act. However, threats are often vague, ambiguous, or confusing.”

Stroessner studies how reactions may be shaped based on certain stereotypes, which has particular relevance in policy discussions. “Debates are informed by political analysis, legal analyses, a variety of perspectives. We’ve also argued there are psychological variables involved here as well.…We’ve been pursuing the possibility that a person’s dominant motivational concern can contribute to determining policy preferences.” 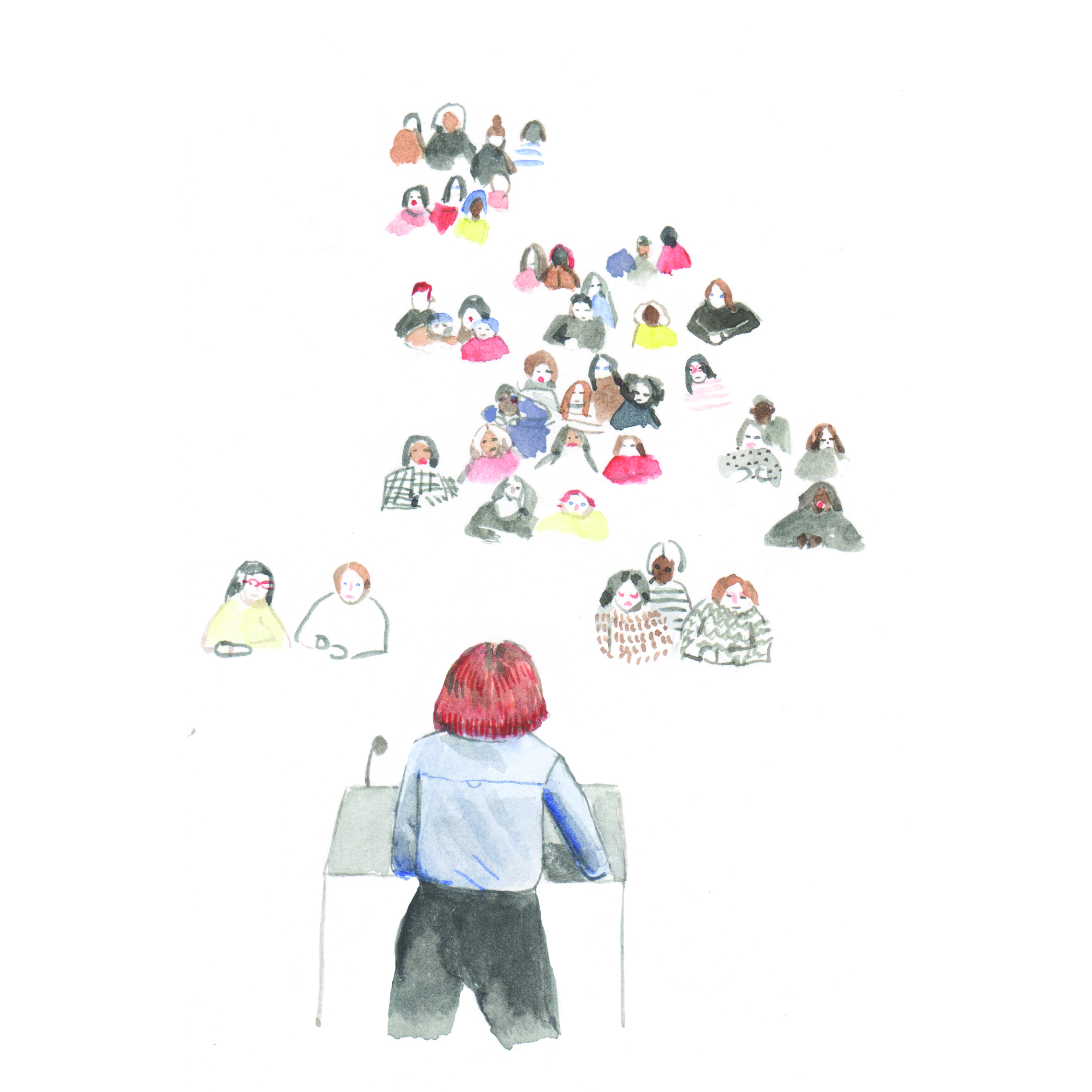 There are two motivational systems, Stroessner explained: the promotion model, where focus is on gains versus nongains, and the prevention system, where focus is on losses versus nonlosses. The systems coexist, with one tending to dominate based on an individual’s background. In 2013, he did an experiment gauging opinions on Iran’s nuclear program. Manipulating the focus—either promotion or prevention—impacted responses. “This suggests that psychological motivation plays an important role in some of the political debates we have,” he said. “Motivation and threat combine to move back support for various public policies. This also suggests that political issues can be discussed and described in ways that produce more activist approaches...[which] might provide prevention-focused people with a sense of security, even though those approaches might themselves increase risk down the road.”