Creating a Niche in Jewels 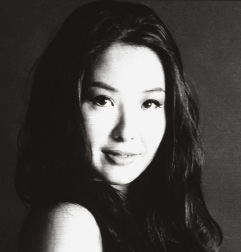 Three generations in Jean Z. Poh’s family have been jewelers, but growing up as the child of Chinese immigrants in New York City, Poh felt there were different expectations for her: to go to a top college and then become a doctor, banker, or lawyer. After Barnard, Poh went to Cornell Law School and worked as an attorney.

She took positions in venture capital and private equity, eventually moving to Shanghai, where her grandfather had owned a jewelry store that sold luxury brands before the Cultural Revolution. When the 2008 economic downturn impacted her father’s jewelry manufacturing business, Poh returned to New York to work with him.

Poh earned a graduate degree in diamonds from the Gemological Institute of America and did an apprenticeship with a master jeweler. Then she started designing pieces for clients. This year, she launched an e-commerce platform, Swoonery, which discerns customers’ tastes and recommends designers.

“Now women earn their own money, they have a sense of identity, and they celebrate themselves, and many of them do it through jewelry,” Poh says. Working in the business, she says, “is an homage to my family. Jewelry is in my blood.”