Ariella Salimpour ’17 saw a medical need and developed an app, Thumbroll, to help medical students and professionals master everything from shots to surgery 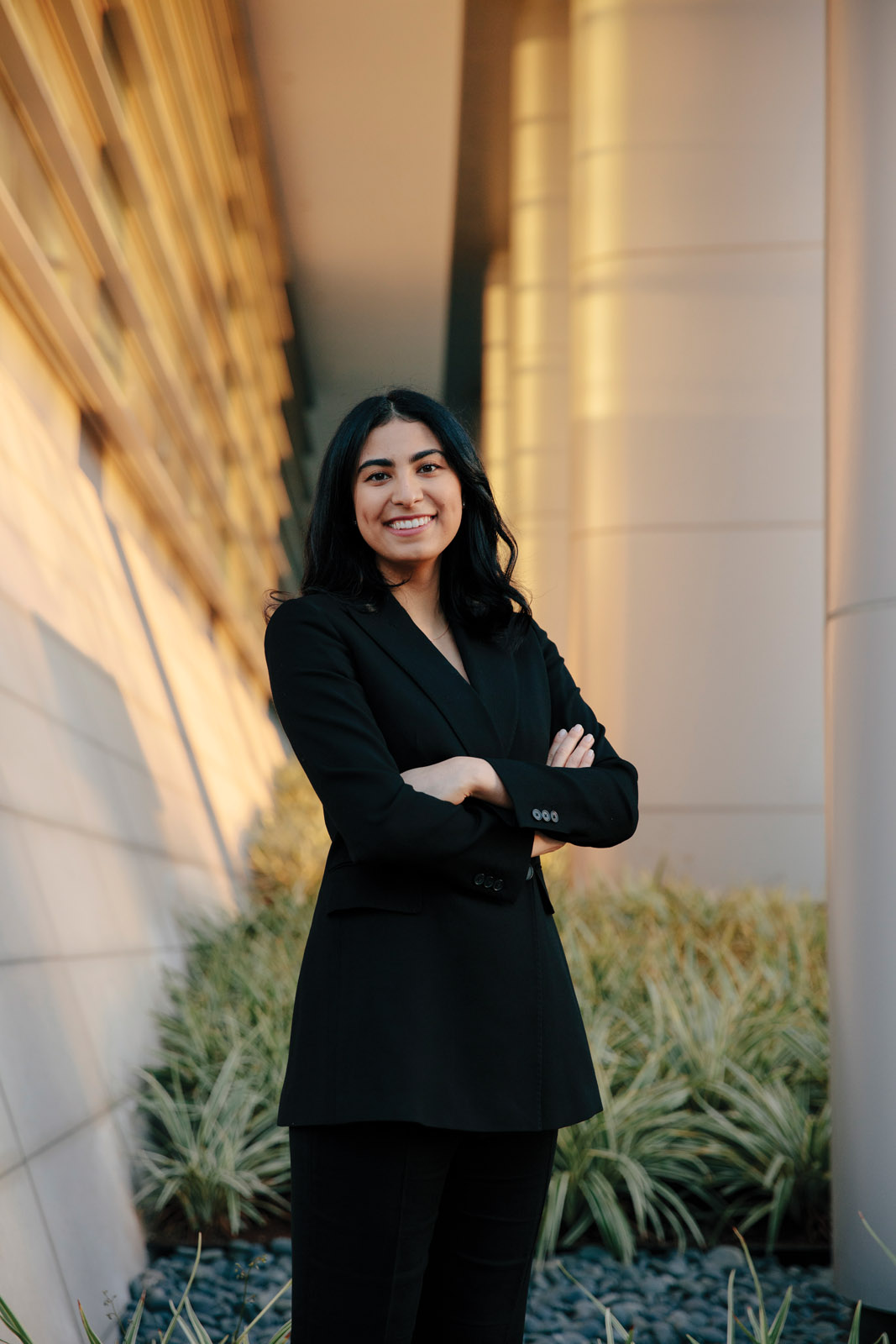 When Farah Musharbash, a medical student at Washington University School of Medicine in St. Louis, was asked to draw blood from a patient, he didn’t feel super-confident. He had learned how to perform the procedure, of course, but several months had passed since that instruction. Even though a supervisor would be on hand if he had difficulty, Musharbash wanted a refresher. On his way to see the patient, he opened an app on his phone and reviewed a step-by-step, photographic breakdown of the procedure. “It went well, and I think being able to review the exact steps really helped me feel more comfortable and ultimately do a better job,” he says.

The app, Thumbroll, is the creation of Ariella Salimpour ’17, who designed the platform with her sister, Gabriella ’20, when Ariella was an undergraduate. They were surprised that medical trainees were going to YouTube to watch and help learn medical procedures. They asked, “How can you best learn a step-by-step medical procedure? Is there a faster way to learn?” Their answer: create a quick, simple, reliable platform that uses the universal language of images to help medical students, residents, physicians, nurses, and other medical trainees and professionals supplement their current resources. “If we can help medical trainees and professionals learn and master best medical practices, it’s better for everyone. We are all patients,” Salimpour explains from her co-working office in Los Angeles.

Thumbroll provides visual checklists using stop-motion photography to illustrate medical procedures as simple as tying a surgical knot and as complex as performing open-heart surgery. The app is currently used by trainees in more than 100 medical programs throughout the United States, as well as in more than 90 countries, including India, the United Kingdom, and E.U. member states.

Salimpour launched Thumbroll in January 2017 with funds raised from friends and family while she was an Athena Scholar. As part of Barnard’s Athena Center for Leadership, the Athena Scholars Program nurtures the next generation of women leaders. Students take courses that connect major themes regarding the intersections of women, leadership, and power; learn practical skills through leadership labs; and gain professional experience through a practicum requirement. The Athena Scholars Program has graduated more than 300 students since its founding in 2010.

Kathryn Kolbert, the Athena Center’s founding director, mentored Salimpour. “Ariella can go into a room with people of all different backgrounds and skills and be equally poised and comfortable,” Kolbert says. “She can talk to deans of medical schools, medical students, or donors, all with the same poise. That’s a remarkable quality.”

That easy confidence has enabled Salimpour to create content with medical teams at institutions such as the Washington University School of Medicine in St. Louis, the Keck School of Medicine of USC, in Los Angeles, and the David Geffen School of Medicine at UCLA. Salimpour also solicits feedback from users like Musharbash. “Thumbroll really covers a gap in medical education,” he observes. “It’s very practical and well suited to the working environment.” After all, he says, “I’m not going to carry my textbook with me when I’m at the hospital.” Thumbroll, though, is “easy to use. It’s in my pocket. It’s silent. It’s authentic, and it gives me peace of mind, since I know it comes from a source I can trust.”

Salimpour grew up in Los Angeles in a family of doctors — her father, uncle, and aunt all are physicians. She came to Barnard with a love for photography and a strong interest in medicine and science. “I also wanted to let college take its course and see what I would fall in love with,” she says. When she took social psychology courses taught by adjunct professor Patricia Stokes and Columbia professor E. Tory Higgins, she learned how the brain absorbs information and became enamored with the benefits of visuals in the learning process. “It really resonated with me because I see myself as a visual learner and grew up looking at the world through my camera lens,” she explains. 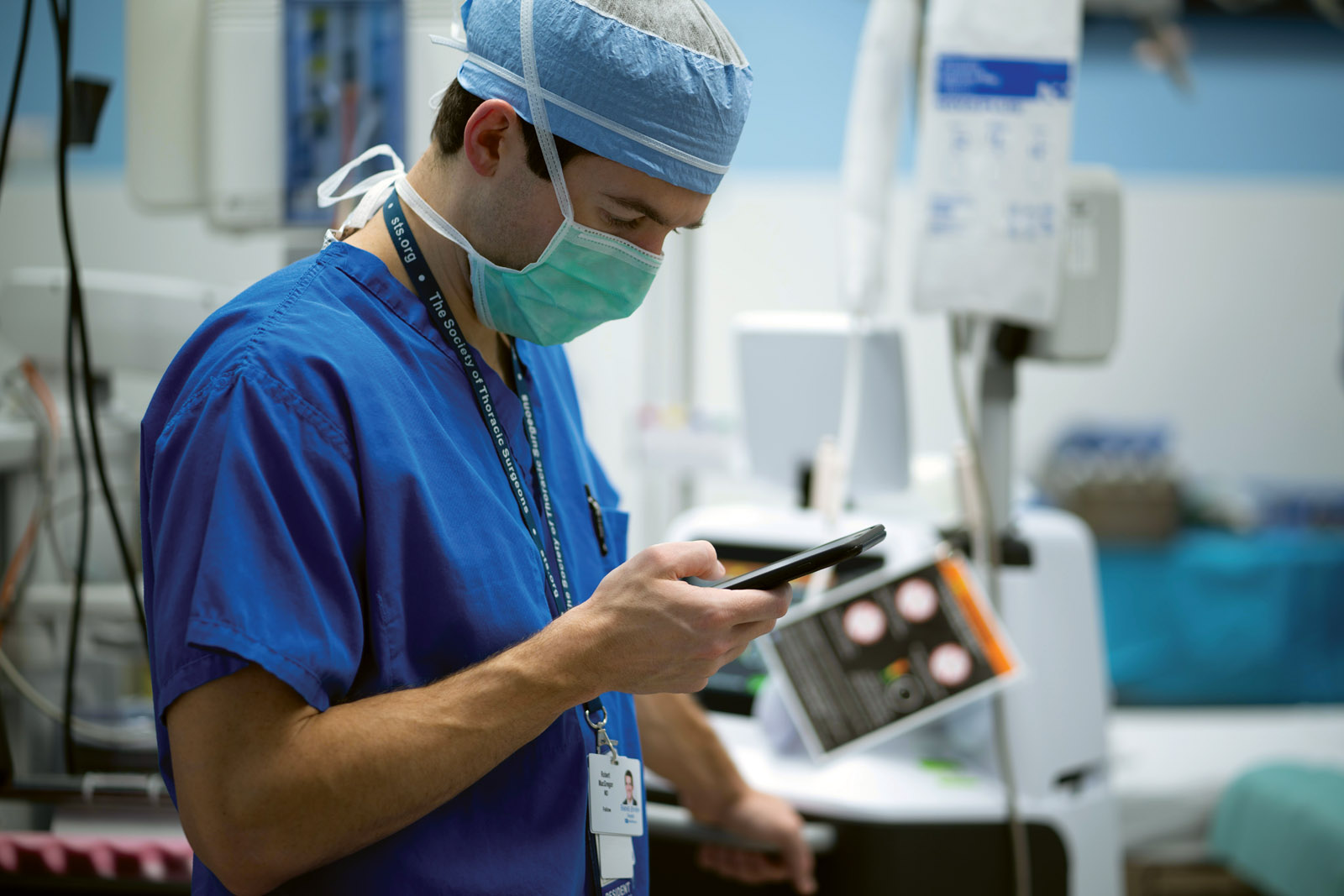 As Salimpour did more research, she focused on three main ideas that would become the guiding principles behind Thumbroll: The brain processes visual information faster and more efficiently than it processes text; active engagement helps learners retain information; and the mind doesn’t need every detail to “see” the full picture — it can fill in the gaps, something that allows humans to learn more with less data.

“When I looked at medical resources, I discovered that even though the science of learning is clear, it is not always reflected in what is available to students,” Salimpour says. While enrolled in the Athena Scholars Program, she continued to pursue this idea that had gone from a passion project to a full-fledged business. “Before I knew it, I had started a company and filed patent and trademark documents. Now we are working with more than 50 medical trainees and professionals, developers, media experts, and others around the world.”

Victoria Gordon, the Athena Center chief of staff, notes that Salimpour was a unique Scholar in that she had already laid the groundwork for a viable business before she entered the program. She had identified a problem and then took steps to solve it, filling a real need. Says Gordon, “The Athena Scholar Senior Seminar guides students through the process of building an organization or initiative that will generate positive social impact. During senior seminar, Ariella was able to refine her plan for Thumbroll, putting pen to paper on things like marketing and revenue models, laying an important foundation to help her grow and scale.”

As Salimpour continues to develop and enhance the platform, she also continues to wonder at its rapid ascendancy. “I never saw myself as someone who would start a company,” she says. “I thought that person was extroverted, outgoing, and charming, or someone wearing a hoodie in Silicon Valley. I didn’t see myself as any of those things.”

Nevertheless, Thumbroll is changing the way medical students and professionals learn. And people around the world who use medical services — that is, almost all of us — will likely be better served for it. •