Barnard’s “Women, Clothing, and Climate” event demonstrates how used threads might jump-start your wardrobe — and a sustainable economy

At a daylong, interactive event, “Women, Clothing, and Climate,” the Barnard community explored how the apparel industry impacts our environment and the people who produce the clothes we wear — often low-income women in developing countries. Barnard’s Director of Campus Sustainability and Climate Action Sandra Goldmark thanked attendees for participating in the March 27 event, which was designed to help “rethink the value of what we have.”

Indeed, the program highlighted the potential of what’s increasingly being called “the circular economy.” It’s one that creates economic opportunities by reusing and repurposing existing things such as clothing, rather than dumping both resources and poisons — energy, water, pesticides, and toxic dyes — into new items that will likely soon find their way to a landfill. (Worldwide, 8% of global greenhouse gas emissions are linked to the apparel industry; nearly 60% of clothing winds up in landfills or incinerators within a year of manufacture.)

To show just how the circular economy might work, the event was a celebration of reuse. The Diana Center played host to a used-clothing sale, complete with mending and tailoring lessons. It attracted several hundred bargain hunters and environmentalists, as well as bargain hunters who might become environmentalists, like Jin Oh ’22. “I knew the environment was part of it,” Oh says, “but I wasn’t that concerned. Now I think I should be.”

At the Milstein Center’s Design Center, three teams participated in a design challenge, using old clothing, textiles, and even plastic packaging to make new couture. Explained Calixto Galan ’12SPS, a designer who oversaw the competition, “We want to show people we can create new things out of things we thought were at the end of their life.”

The event closed with a panel discussion about the dangers the apparel industry currently poses and about new opportunities to turn it around. Panelist Deborah Drew of the World Resources Institute told attendees, “Whatever you consume, make sure it says what you want it to say about you.” • 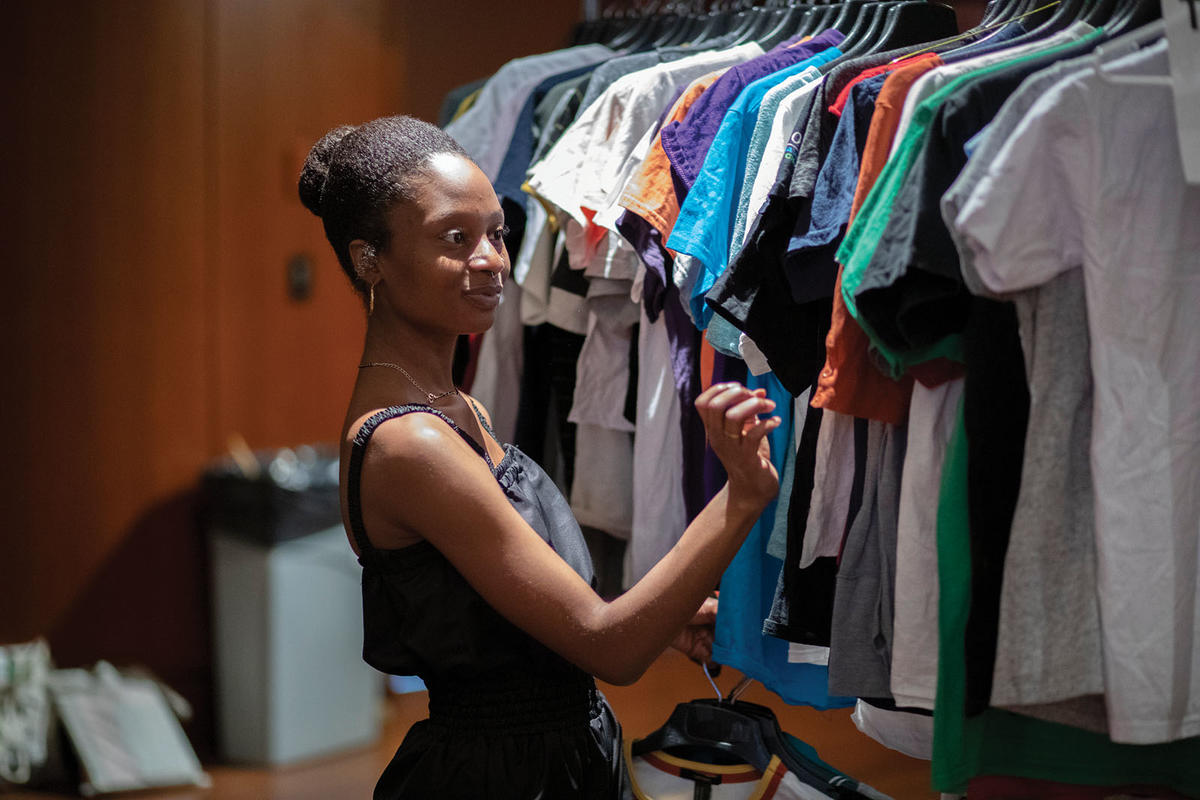 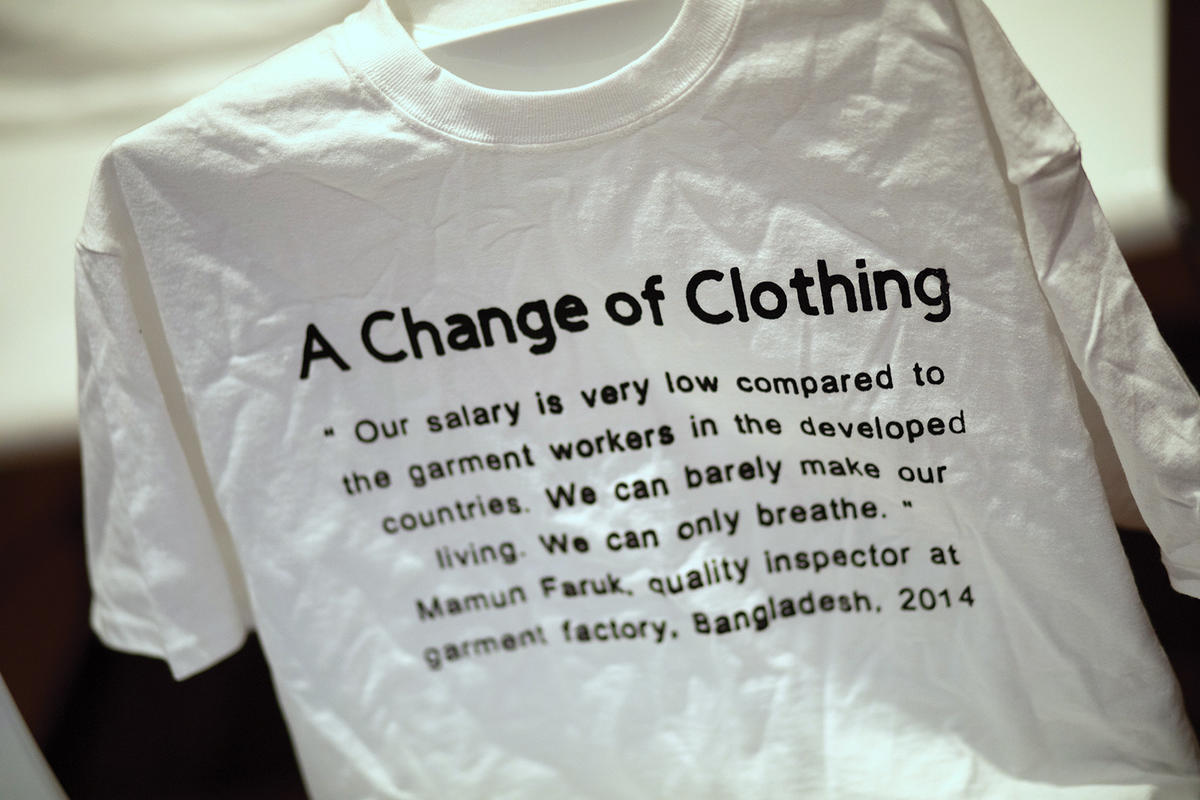 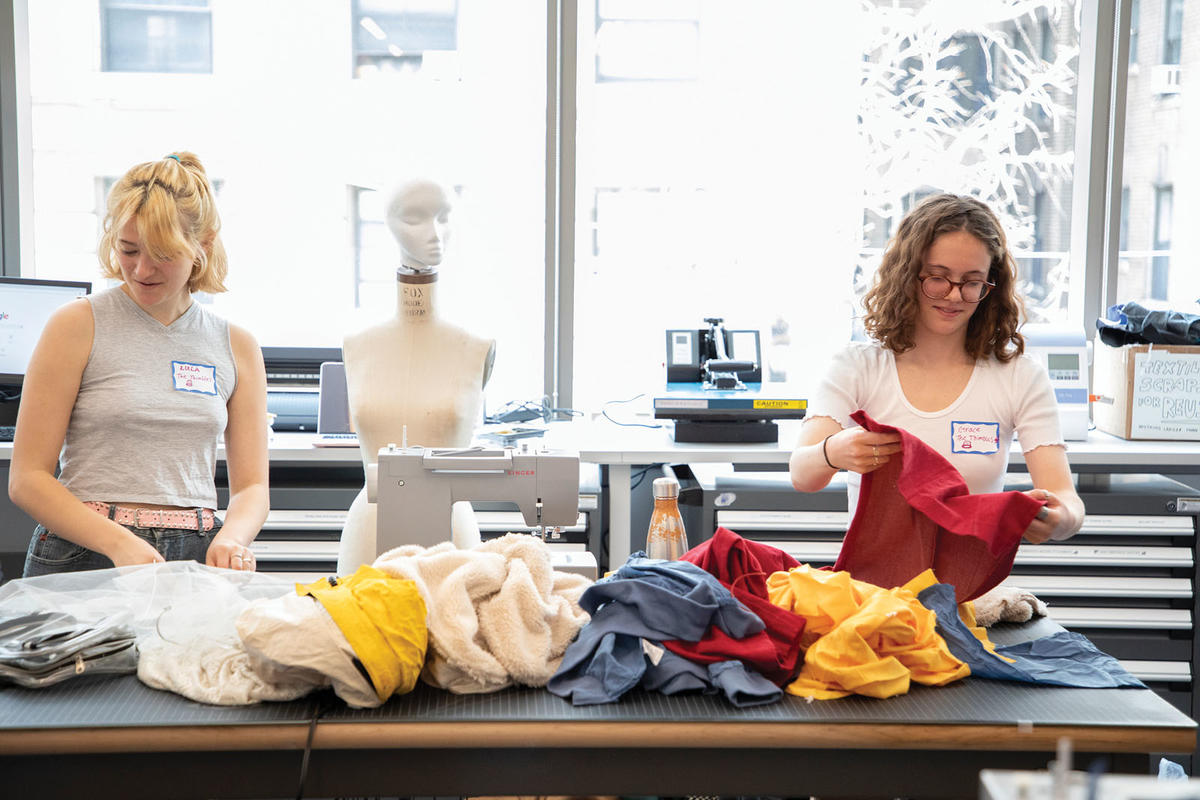 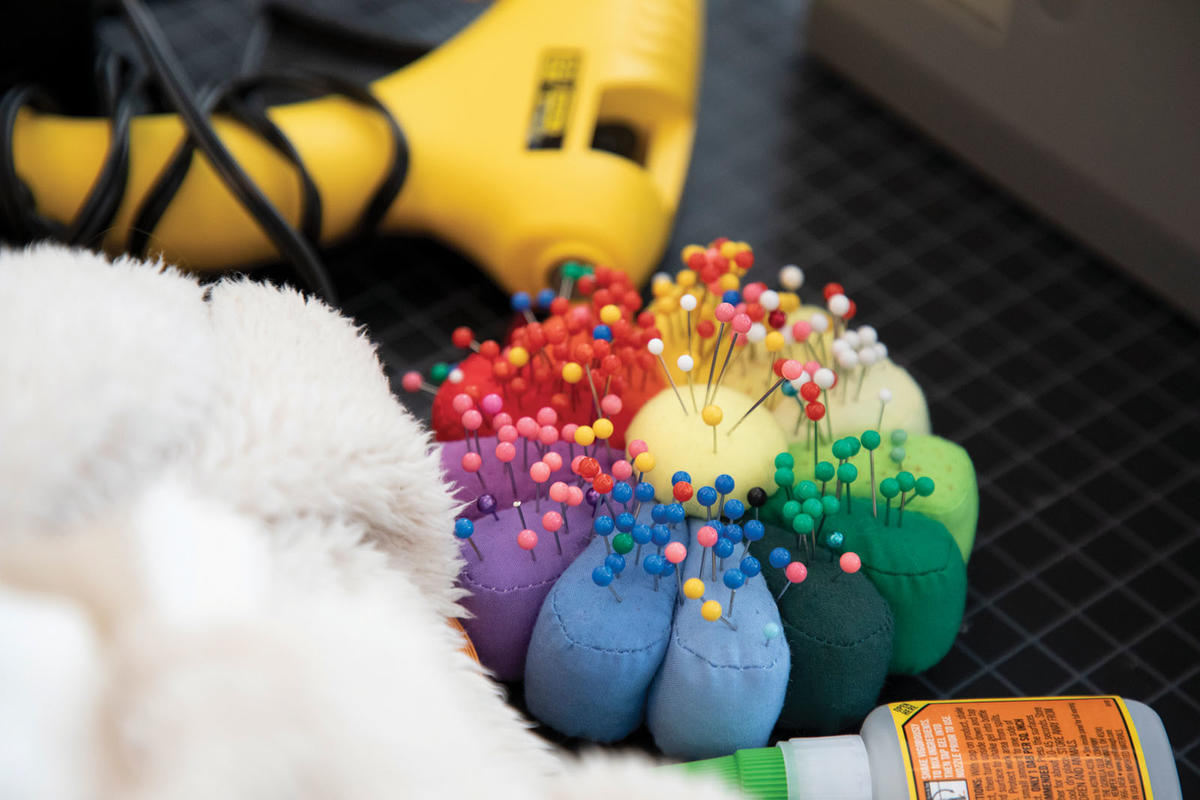 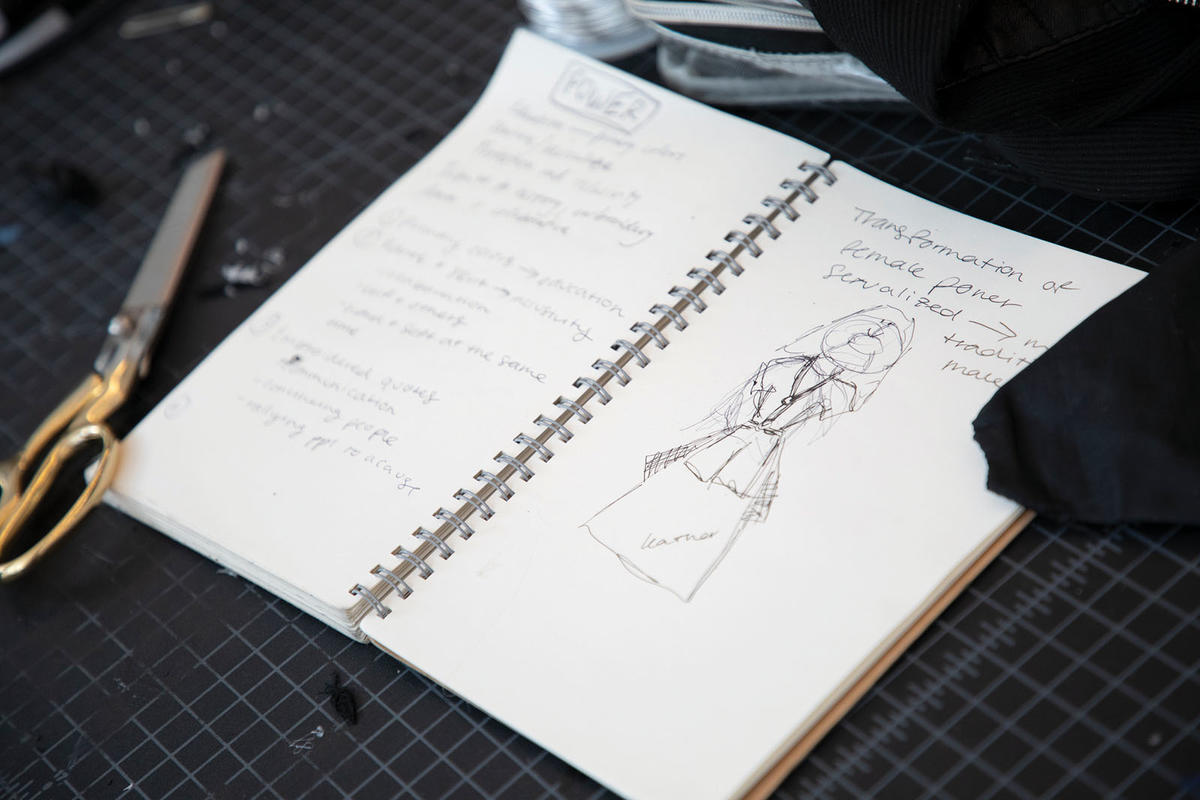 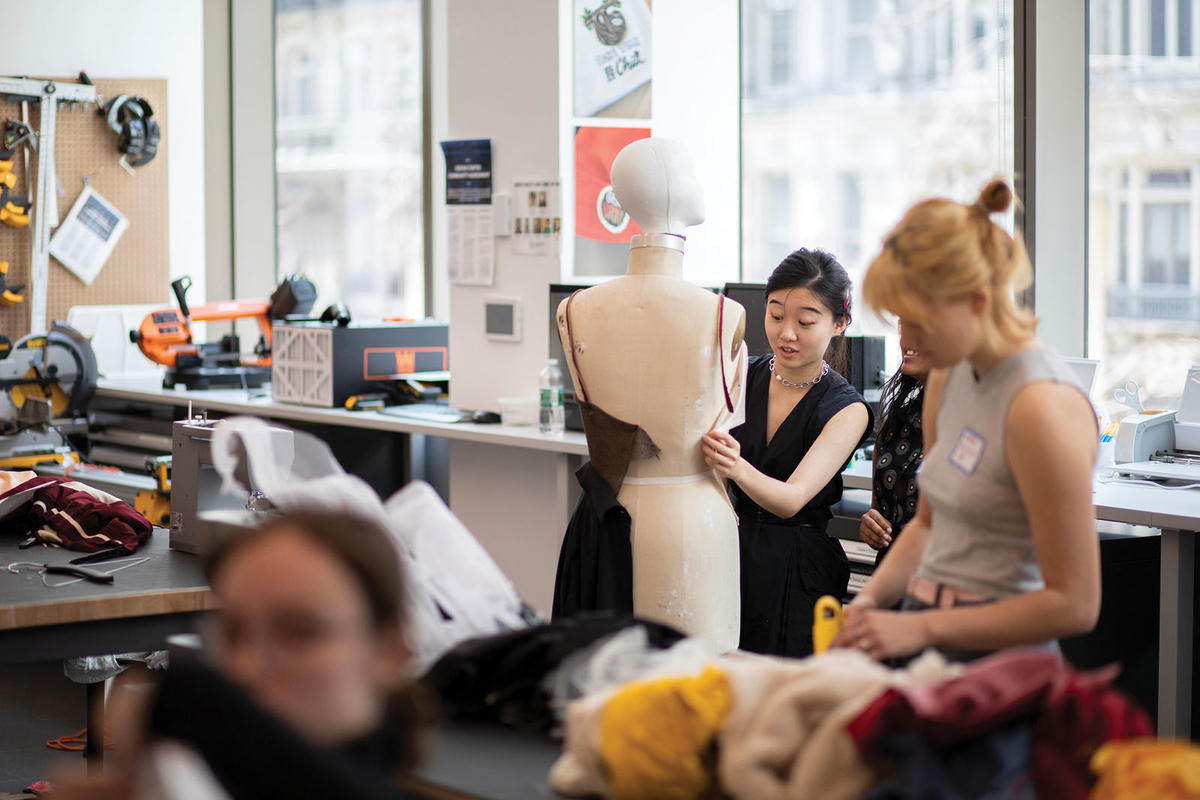 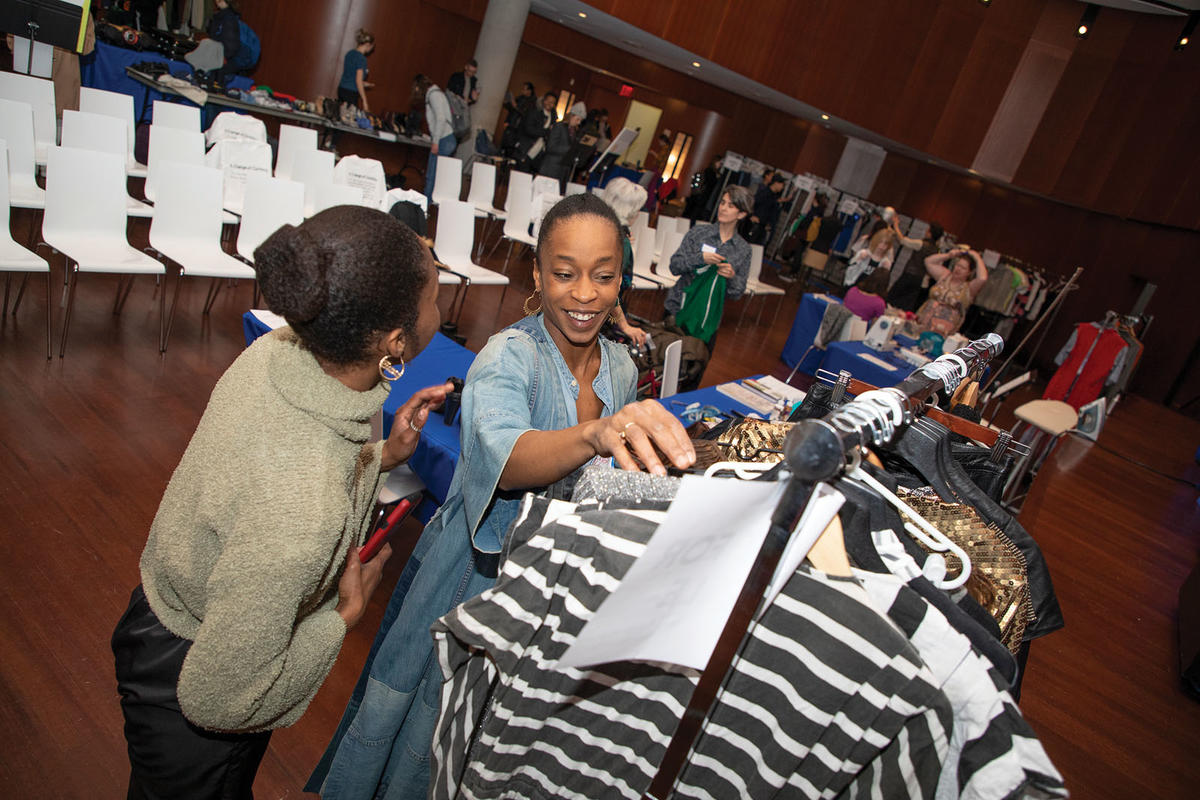