The Gift of a Best Friend 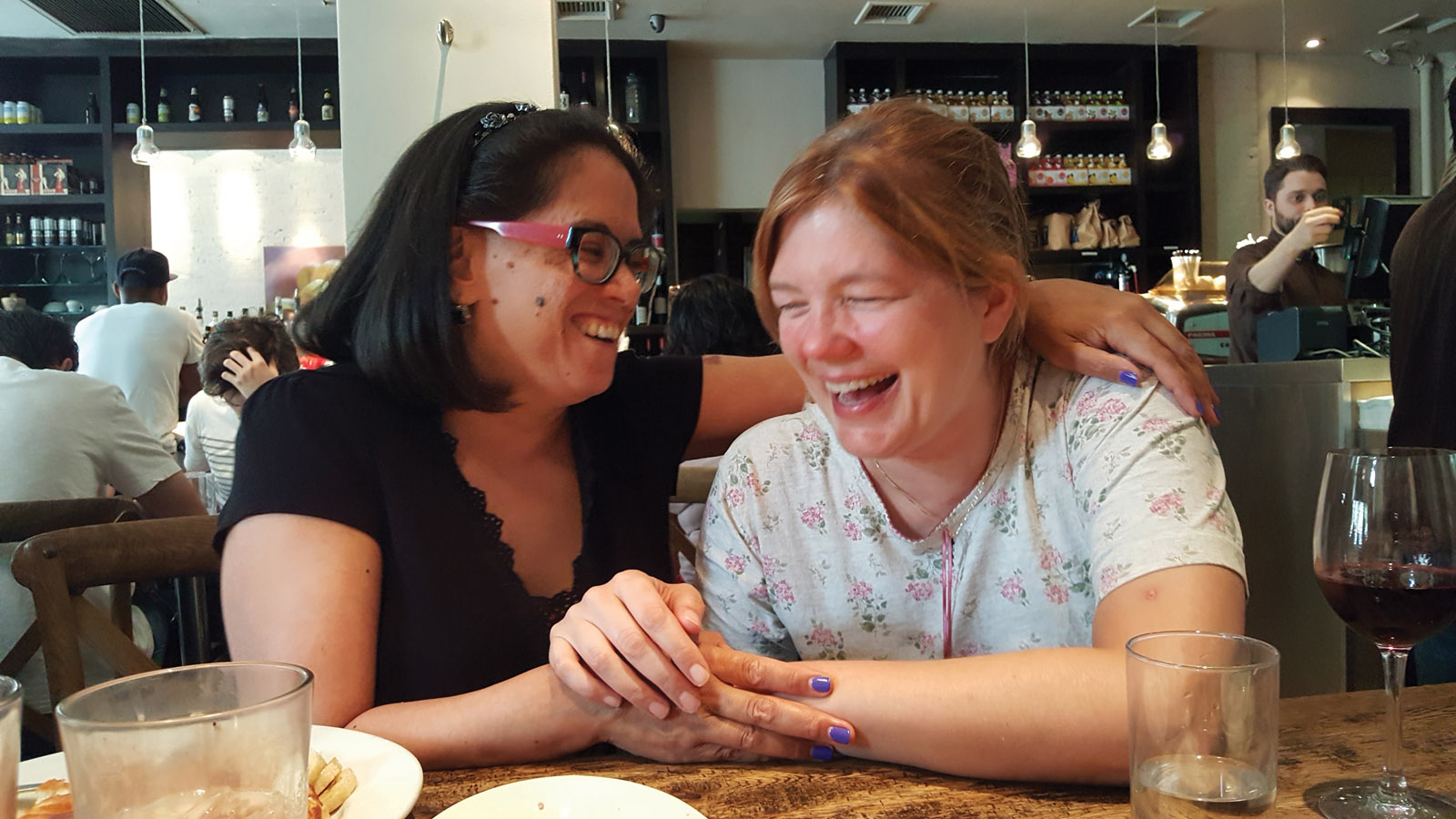 It was Barnard Freshman Orientation 1986 and I was terrified. Would I make friends? Would I be smart enough? What right did I think I had to be at this school? On my first day, I found myself blindly following a group of girls led by an upper classperson during one of our freshman orientation events, and I was lagging behind. This was typical for me at the time, due to an irrepressible shyness.

There was another straggler with me, but it was clear that her issue was more to do with being short and somewhat pigeon-toed. Every so often she would trip over her own feet, which I found amusing enough to make me forget my own social discomfort. We started up a conversation and within a few minutes were debating some some horrifically taboo point regarding freedom of choice. It was then that I knew that this girl would be my friend forever. We didn’t agree on anything, but we became inseparable anyway. A year later, after a mutual friend of ours fixed me up on a disastrous blind date, Claudia sensed there was a need for me to break out of my comfort zone. It was she who rummaged through my book bag to find Mr. Disaster’s number and dialed him before shoving the phone in my face. Five years later, she stood next to me as I married that man. Three years after that, she stood by me to serve as godmother to my first child when he was baptized, and my second child three years after that. And on and on it goes.

Claudia always had health problems. She was born with a genetic disorder that almost led to her death at the age of 8. Instead of killing her, it left her with one lung and the inability to bear children. That didn’t stop her from devoting her life to children anyway (my children and everyone else’s). She chose a career as a pediatric psychiatric nurse practitioner, treating some of the most difficult-to-reach people walking the planet — adolescents with mental illness.

She didn’t value the things so many of us hold in high esteem, such as wealth or physical strength or beauty. It was all I could do to get her to take a walk, let alone get to the gym. At the end of the day what mattered to her was a bag of chips, a good crime drama, and spending time with her dogs. She also had a thing for Star Trek. And that was one thing we had in common. In our youth, it was not entirely uncommon to find us at a Trek convention. Now that I am 50, with her help, I’m not afraid to proclaim my love of all things science fiction, Star Trek especially.

After the birth of my fourth child, things for me began to get really messy. My ability to juggle home, four kids under age 10, and my career as a physician began to unravel. I was running on that hamster wheel so fast that I lost touch with most of my family and all of my friends, including Claudia. She was also going through some soul-searching of her own at that time, which led to the breakup of one of two long-term relationships that she ever had. 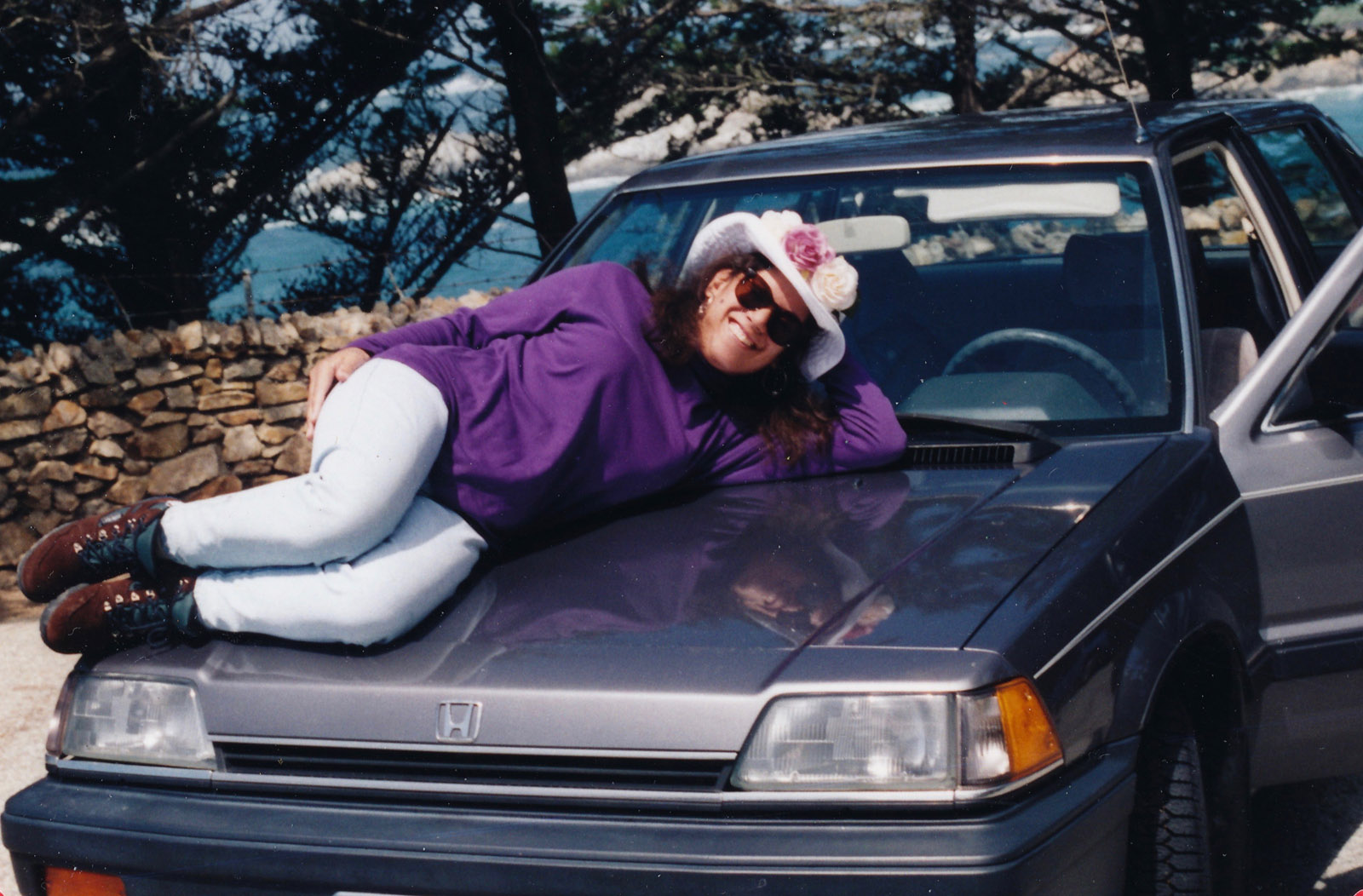 At the time, I would have said I was too busy to keep in touch. But that was just an excuse. The truth was, I was so overwhelmed that I didn’t have the ability to be there for anyone else. Once I got my act together a few years later, I was too ashamed to reconnect with the friends I thought I had lost. Barnard came to my rescue once again and gave me an excuse to get in touch with Claudia. I called her after getting my email invitation to our 25th Reunion. She was ecstatic to hear from me, and we picked up right where we left off. At that point, my kids were a little older, so I was able to spend the occasional weekend in the city to see a show or go to dinner with her, and she was able to drive out to see me and spend time with my kids.

In January 2017, Claudia began to develop problems with her speech. In June of that year, she was diagnosed with bulbar ALS (a form of Lou Gehrig’s disease), and she lost her fight to this terrible illness on January 8 of this year. I was fortunate to be able to stand by her in her final years of suffering as she had once stood by me. I only hope I can face God with the same courage that I witnessed in her once she understood and accepted her fate. 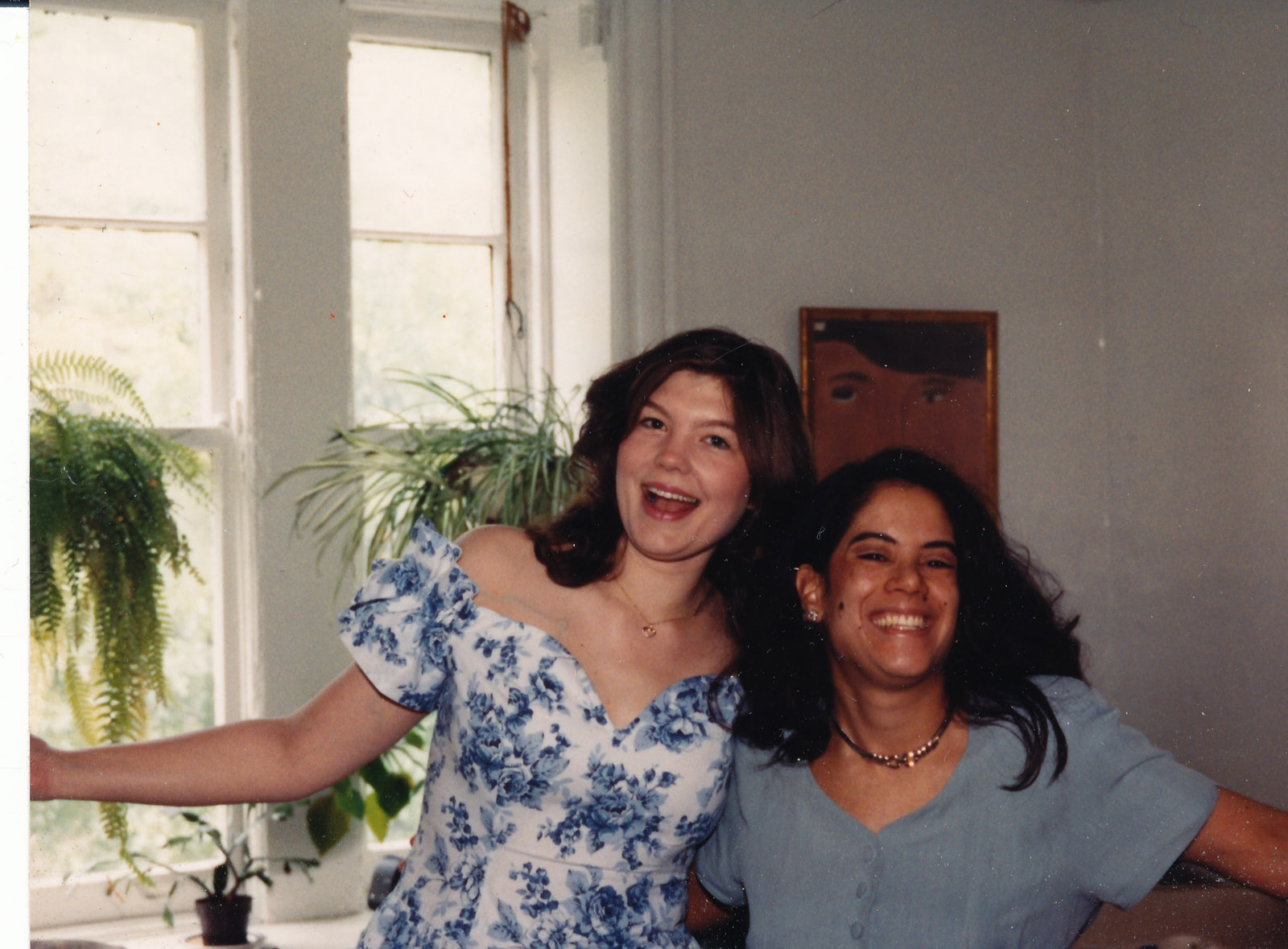 I am writing this to all you Barnard folks out there so that you might recognize the miracle that is friendship, that the gift our school has bestowed on us has been so much more than just a quality education. So, go call (or text or email) that friend you haven’t seen in a while, and don’t be afraid that the kids might not get their homework done or that the house is a mess or that the office has left three voicemails for you.

Einstein may have said there are only two ways to look at the world: that nothing is a miracle or that everything is a miracle. Claudia was a miracle, my best friend, and a fierce Barnard woman. She was the Ethel to my Lucy, the Louise to my Thelma, my Dr. Watson, my Mr. Spock.

I hope you’ve been lucky enough to have one, too. •