“We can rebuild him...we have the technology,” intoned Oscar Goldman, aka actor Richard Anderson, in the popular TV series from the ’70s, The Six Million Dollar Man. Extremely injured in a crash, fictitious astronaut Steve Austin, the lead character played by Lee Majors, is retrofitted with bionic limbs and a new left eye, an organ incorporating a zoom lens and infrared capabilities. 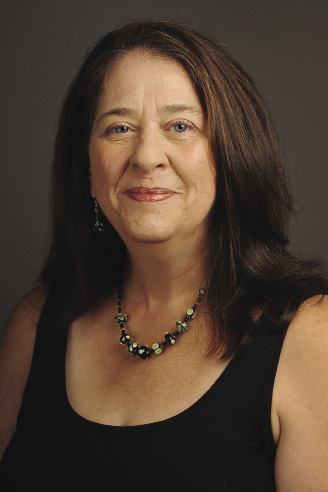 For now, such capabilities are the stuff of future research, but an acknowledged worldwide shortage of donated human parts has led to explorations of other ways to ease human suffering. In her new book, The Transplant Imaginary: Mechanical Hearts, Animal Parts, and Moral Thinking in Highly Experimental Science (University of California Press, 2013), Lesley A. Sharp, Barnard’s Ann Whitney Olin Professor of Anthropology, presents an ethnographic study of future possibilities. Sharp focuses on two other areas of transplantation: xenotransplantation, which involves transferring animal parts to human beings, and bioengineering, relating to the design of a range of “artificial” or mechanical organs. She also delves into a range of ethical conundrums that scientists face in their day-to-day work in their laboratories.

“I became fascinated by the “what if” quality of the research, and the ways that scientists imagine the potential promises of their work,” says Sharp. “I also became increasingly interested in how their moral imaginings strayed from the codified, regulatory, bioethical frameworks that guide research efforts. How do they think about their work when they go home at the end of the day? What ideas do they talk about informally with their colleagues, families, and friends?”

For Sharp, the research process revealed some surprising trends in transplantation and raised intriguing anthropological questions. “Engineers talk all the time about autopsies, but it’s not an autopsy of the human being—it’s an autopsy of the device. That kind of language surprised me,” says Sharp. “In experimental work, though, scientists might have little or no contact with the patient, which ultimately can allow them to be more detached from the human subject, and as a result be more imaginative about the promises of their work.” 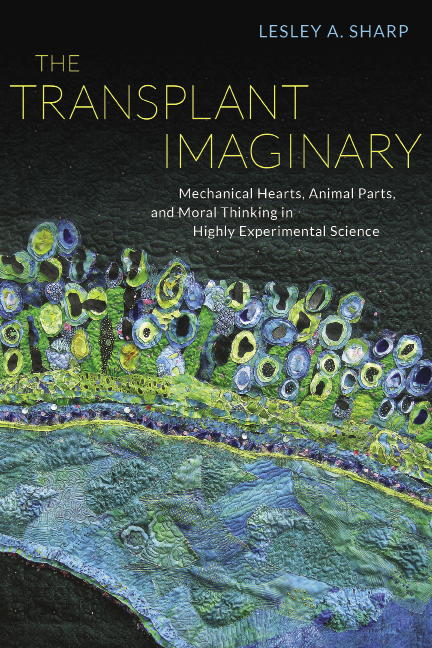 Also surprising for Sharp is the affinity that human beings have for the animals with which they work. “Some wonderful and wacky things go on in laboratory research, in terms of the fondness that scientists feel for certain animals,” she says, describing presentations at conferences with PowerPoint slides featuring researchers posing with pigs, and the fact that many bioengineers can rattle off “calf genealogies,” naming the most famous calves and the devices implanted within them, alongside the names of important researchers. “You can interpret this on many levels,” says Sharp. She notes the possibility that these types of relationships with lab animals could have to do with processing guilt, or the American understanding of farm animals as utilitarian creatures, among other reasons.

Sharp’s research is always finding its way into her teaching, and this book is no exception. In recent semesters, she created two new classes: The Absent Body and The Medical Imaginary, both of which evolved with support from a Barnard Presidential Research Award and a Tow Family Award for Innovative and Outstanding Pedagogy. “When I have an idea I want to try out, I give it to undergraduates,” says Sharp. “They are very creative thinkers and they can make connections I may not see.”