Sisters in a House Divided 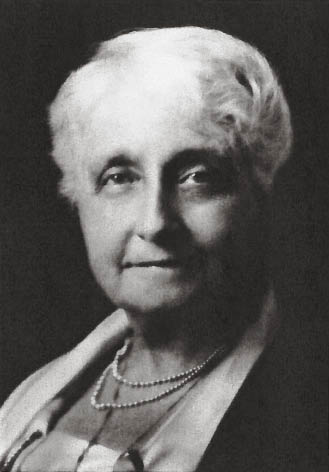 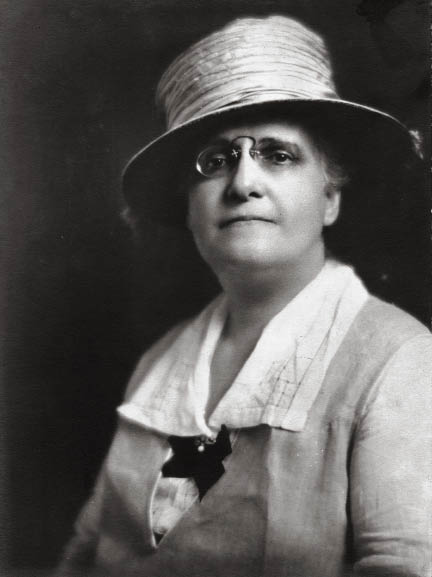 In New York City, the fight to give women the right to vote at times resembled a civil war. So large and so diverse was the city that the brave women who ventured into public spaces with soapboxes to stand on, and who gathered in increasing numbers to march on Fifth Avenue and the grand streets of the boroughs, incited intense opposition from former friends and neighbors. Within families, it was the same.

The Nathans, Sephardic Jews (Jews whose ancestry hailed from what is now Spain and Portugal), had American roots reaching back to the founding of the Virginia colony. By the late 19th century, they were an elite New York institution, with a family-founded synagogue, seats on the Stock Exchange, and prominent members like poet Emma Lazarus, future Supreme Court Justice Benjamin Cardozo, and Annie Nathan Meyer, founder of the city’s first liberal arts college for women—Barnard College.

“I think Maudie will be pleased that I did so well,” wrote Meyer soon after Barnard’s official opening. Maudie is Maud Nathan, five years older, who presumably was pleased in September 1889, but who would soon appear, publicly, as Annie’s major antagonist. Maud was in favor of votes for women; Annie was against it.

In England, Emmeline Pankhurst and a movement that included many working-class women were staging massive, sometimes violent, street demonstrations. Americans were horrified, but Maud defended them:

“While the suffragettes were quiet and well behaved, members of the House of Commons paid no attention to them. …It was only when the women copied men’s noisy methods that any serious thought was given to the question of equal suffrage.”

Annie, like others in her family, was against the very idea of women’s suffrage. Although her belief that women should have access to the same education available to men was unshakable, it did not lead her to embrace political equality. She ignored Maud’s activities as a member of the National Council of Jewish Women and her insistence that the desire for “justice” was a tenet of their religion. Annie sneered at the idea that, as some suffragists argued, women’s “moral superiority” would clean up the corrupt public sphere. She detested mobs and the “noisy methods” of the suffragists that were catching on in America. “Your methods,” she wrote, “are utterly abhorrent to me.”

Back and forth they went, in print and from podiums, over the years. Maud spoke before the state legislature and at international suffrage meetings and overcame a reluctance to march on Fifth Avenue. She turned down pleas to take national office in suffrage groups, but as president of the Consumers’ League of the City of New York, penned the article “Women Who Work and Women Who Spend,” to use the power of the purse to reform unsanitary and oppressive conditions of working women in the garment industry and in department stores.

In May 1911, Maud marched in a suffrage parade and Annie spoke against suffrage at Barnard. On hearing Annie, Iphigene Ochs Sulzberger ’14 immediately “ran out and signed up for the suffrage.” Virginia Gildersleeve ’99, Barnard’s new dean, urged student participation in politics, and the Barnard Bulletin printed directions for signing up for suffrage parades.

Barnard was then developing an honor roll of suffrage activists. Alice Duer Miller ’99 wrote wittily on the subject and made public speeches with her husband. Harriet Burton Laidlaw ’02 ran the Manhattan campaign; Helen Rogers Reid ’03 was state treasurer; Adele Lewisohn ’03 rode horseback with her sister at the head of a Fifth Avenue parade; Mabel Pollitzer ’06 organized in South Carolina; Freda Kirchwey ’15 sold suffrage newspapers on the streets. It swayed her not; Annie attributed reports of student interest in the movement to “overzealous propagandists or a shrewd press agent.” She became chairman of the euphemistically titled College Committee, National League for the Civic Education of Women, while Maud was established as the country’s most prominent Jewish suffragist.

Cain and Abel cast a long shadow. Our history is full of near mythic tales of brother against brother, Rebs versus Yanks in the Civil War, landowners’ sons competing for ranch deeds in the Wild West. When sisters square off, outsiders often assume that the contention is domestic and the center of attention is attributed to a man. The Nathan sisters have come in for a certain diminution at the hands of historians who describe them as caught in a web of “sibling rivalry.” Annie, in this reductive version, is jealous of her sister’s prominence and takes a counterstand as a way of attracting attention.

Think instead of two different roads taken. Maud was born in 1862 and Annie in 1867. Their Sephardic Jewish ancestors made them, according to Annie, “the nearest approach to royalty in the United States.” As the girls grew up, while the so-called woman suffrage movement was idling, their own lives were swept up in a tornado. Financial disaster on Wall Street sent the family—Annie called her stockbroker father “a gambler”—into exile from upper-crust solidity. In Green Bay, Wis., where there was only one other Jewish family, Maud described her mother as “transplanted to an obscure village life, surrounded by strangers who would look at her askance, as though she were from another world.”

Annie was protected from the “askance” looks—and, presumably, from a taste of bigotry—because she stayed home, tutored by her mother, while Maud met the world in public school. Turmoil followed: father left, mother tried and failed to make a life in Chicago, then killed herself. The girls returned to New York, first to their maternal grandfather, then to their wayward father.

Quite quickly, Maud married Frederick Nathan, an older, financially stable cousin, in an elegant ceremony at Shearith Israel, the family-founded synagogue. The wedding was prominently covered in The New York Times; the couple departed for a long European trip. Annie, keeping house for her father, devoted herself to intellectual pursuits, including creating a reading circle modeled on the “conversations” that journalist, critic, and women’s rights advocate Margaret Fuller had started among women in Boston. Her father worried that a brainy girl would not find a husband, but she proved him wrong.

Alfred Meyer, Columbia alumnus and pulmonologist at Mt. Sinai hospital (formerly called the Jews Hospital), was an assimilated German Jew and a man entirely devoted to science. At his 1887 wedding to Annie Nathan, he asked the rabbi for “not too much prayer.” Soon afterward, Mrs. Meyer left Shearith Israel and joined the newly formed nondenominational New York Society for Ethical Culture. This was not the act of a meek woman submitting to her husband’s authority, but rather, as what happened next illustrates, the gesture of someone who had found her soul mate. Her husband supported, both emotionally and financially, the campaign that resulted in the founding of Barnard College.

Alfred Meyer’s medical career thrived. He became a leader in the treatment of tuberculosis, which reached alarming proportions in the early 20th century and from which a disproportionate number of Jews suffered. These were not the Park Avenue Jews like the Meyers’ circle, but Eastern European immigrants packed together in tenements on the Lower East Side. Outbreaks of TB further stigmatized its inhabitants, whose presence—along with their radical politics—so disturbed the Meyers that they became advocates for setting limits on immigration.

Meyer supported his wife’s writing as she delved dangerously into racial themes in plays she wrote in the 1920s and in a long-delayed confrontation with anti-Semitism as Hitler came to power in the 1930s. Annie also had the support of both her husband and sister when she protested her exclusion from ceremonies under President Nicholas Butler at Columbia University and the minimizing, as she saw it, of her central role as Barnard’s founder.

Maud Nathan followed a different path. She had a conventional upper-class life until 1895, six years after Barnard opened. That year, her only child, 7-year-old Annette, died, and Maud collapsed in grief. Her friend, philanthropist Josephine Shaw Lowell, proposed as a remedy that Maud involve herself in “a cause.” Maud became a reformer, first around women’s working conditions and then for political equality represented by votes for all American women. She would look back on this turn in life as a conversion from useless elite leisure to purposeful work. Frederick Nathan also became an activist for women. He joined philosopher John Dewey, radical writer Max Eastman, and others to form a Men’s League. When the men stepped out together into a suffrage parade, thousands of onlookers hooted at them in derision; they were gender traitors.

The woman suffrage question was resolved by a winning referendum in New York State in 1917 and a Constitutional amendment in 1920. The house divided appears to have found a measure of peaceful coexistence after that, especially as World War II approached. As survivors of a traumatic childhood, complex and articulate women with ideas of their own, Annie and Maud Nathan were, in the end, well pleased with each other as sisters.