Sketching a Career in Comedy 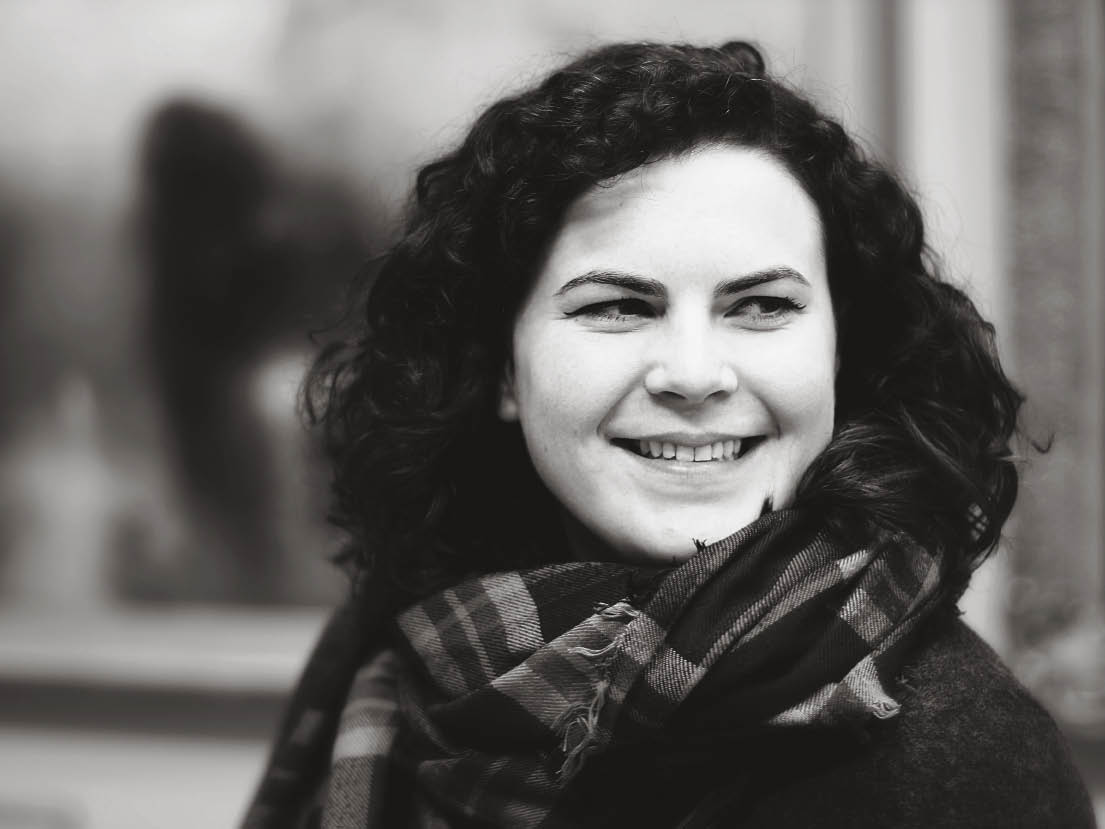 The streets of Morningside Heights directly led Charlotte (Charlie) Dinkin to the stage of the 2015 Edinburgh Fringe Festival. And while Dinkin got glowing reviews for the one-woman show she wrote and starred in, Charlie Dinkin: Child Star , don’t let the title fool you. Dinkin was never a child star, nor could she ever have imagined forging a career in the performing arts—until she got to Barnard.

“I grew up outside of London, and at least at the high school I went to, comedy and improv just wasn’t a thing. If you were interested in performing, it meant you had to be in Greek tragedies,” she says. But then a friend brought Dinkin to a performance by the Columbia sketch-comedy group Chowdah. “I knew this was something I had to get involved in immediately,” she says. She joined Chowdah, eventually becoming its president and head writer, then founded a Barnard-only improv troupe called Control Top! her junior year while pursuing a degree in anthropology.

When she returned to London after graduation, Dinkin found improv to be a powerful icebreaker. “I was getting a master’s in visual anthropology at Goldsmiths College, but felt a bit lonely. Comedy was one way I could get out and meet people.”

In 2014, Dinkin applied for a fellowship from London’s Roundhouse Online Film Fund with a script imagining teenage girls as being as passionate about British politicians as they are about pop stars. The short film, called Coalition Fangirls , was acclaimed in London. “Young women are yet to be genuinely invited into a lot of arenas of power. Celebrities are specifically sold to them; it’s one area where their voices are heard. For the film, I imagined what would happen if that passion were placed on politicians, where young women weren’t just seen as a consumer demographic,” says Dinkin, who adds that she sees comedy as absolutely political. “It’s one of the clearest ways to introduce an element of non-aggressive dissent.”

Dinkin’s motivation to create razor-sharp political commentary with a comedic edge can be traced to her time at the College. “At Barnard, I was surrounded by female voices. When I graduated, I wanted to continue to collaborate with other women, to write about female experiences.”

Dinkin first performed at the Fringe Festival in 2013, but last summer marked the debut of her one-woman show, an hour-long comedic parody re-imagining her early life and playing on society’s obsession with youth and fame. “I’d never really spent an hour on stage by myself, but I wanted to challenge myself,” she says, adding, “Edinburgh shows are judged by walk-outs, and I didn’t have any, which was really gratifying.”

Currently, she works as a social-media strategist in London, honing her comedy at night as she works on more short films and prepares for the 2016 Edinburgh Fringe Festival. “Although eventually I’d love to write comedy full time, right now, I’m enjoying doing it all,” says Dinkin, adding that the enjoy-it-all mentality was what made her last appearance at Edinburgh so pleasurable. “When I went into Edinburgh, I knew I wanted to work as hard as I could, but also have a great time. I wanted to take notes and rewrite my own show, but I also wanted to see loads of shows and meet new people. So many people go into that environment with an attitude that the one show will make or break your career. I didn’t want that to be me. I wanted to prove to myself that a challenge could be extremely enjoyable.” •