Dancing, drumming and music, as well as an academic conference, pay tribute to Zora Neale Hurston ’28 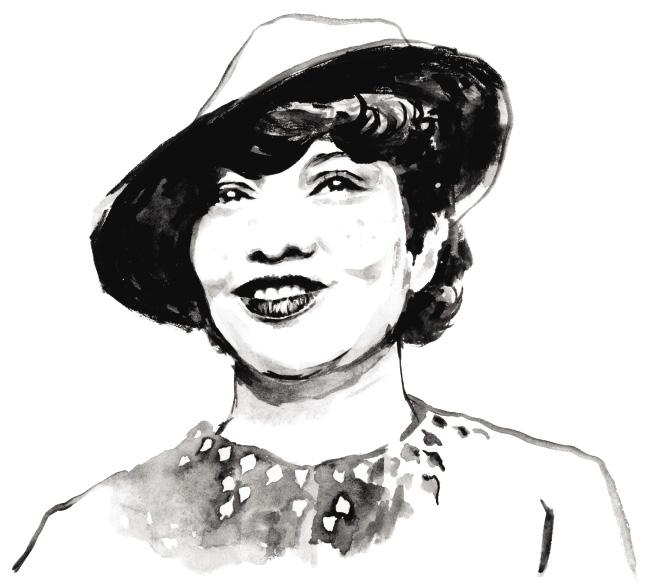 Last summer, Vanessa Messan ’17 and DaMonique Ballou ’17 dove into the photographs, letters, and other records in the Barnard Archive reading room for a research project of their own making: They wanted to examine the history of black women on Barnard’s campus.

Their research led them to the artifacts about Zora Neale Hurston ’28, Barnard’s first black graduate. The two were already familiar with Hurston’s work, but looking at her letters to one of Barnard’s founders, Annie Nathan Meyer, and photos of Hurston with classmates on campus brought the famed author to life.

“Reading her letters, I saw how much she struggled to be here,” Messan says. “But at the same time she was so grateful to be here and took advantage of the opportunities granted to her.”

This fall, the pair used their archival research to present a tribute to Hurston on the same day that an academic conference examined her work. The student performance, In the Spirit of Zora , included creative expressions paying tribute to Hurston’s legacy as well as readings of her autobiographical work Dust Tracks on a Road .

The event was sponsored by the Black Theater Ensemble and the Barnard Organization of Soul Sisters (BOSS), founded in 1968 with the mission of “celebrating black womanhood, highlighting important issues in the Afro-American community at Barnard and Columbia, and fostering fellowships in the form of sisterhood among women of color.”

The academic symposium, “Hurston@125: Engaging with the Work and Legacy of Zora Neale Hurston,” brought together emerging scholars whose work builds upon Hurston’s less well-known training in anthropology and interdisciplinary modes of analysis and expression. The program, which included a screening of Hurston’s ethnographic work, was sponsored by the Barnard Center for Research on Women.

Messan and Ballou asked students to create original pieces inspired by the spirit of Hurston, and for many of the performers, this meant work that reflected on their experiences as black women at Barnard.

Students danced and played the drums; others presented spoken word pieces and original music arrangements. Several pieces made use of archival material. A dance piece by Nadia Mbonde ’17 highlighted Hurston’s career as an anthropologist and incorporated audio of her singing folk songs, which she had gathered on a trip to Florida in 1935 sponsored by the Library of Congress.

About 50 people attended In the Spirit of Zora, including Dean of the College Avis Hinkson ’84 and Board of Trustees member Frances Sadler ’72, both former members of BOSS. The event was a measure of the pride students feel about attending the institution that was Hurston’s educational home.