This fall, with their 55th Reunion on the horizon, members of Barnard’s Class of 1963 decided they could use their upcoming get-together to make an impact on the College’s current and future students: The class officers each agreed to give $5,000 over the next five years to the class’ existing scholarship fund. That’s an important sum, indeed. And now, thanks to the extremely generous $10 million challenge grant from Diana T. Vagelos ’55 and P. Roy Vagelos, MD, P&S ’54, gifts of at least $5,000 to endowed scholarship funds, including gifts over a five-year period, such as those from the Class of 1963 officers, will be matched dollar for dollar, giving them twice the impact. The Vageloses’ challenge grant is the cornerstone of an exciting new matching gift program that was created to encourage Barnard alumnae and friends to support endowed scholarship funds–either by contributing to an existing fund, by establishing a new fund, or by making a planned gift. (See sidebar for details.)

As former scholarship recipients themselves, both Diana and Roy Vagelos understand the challenge of achieving educational goals without adequate financial means. They know, as well, the doors that higher education can open. Explains Diana Vagelos: “Roy and I believe that there are many young women whose talents deserve investment by those of us who have had the benefit of a high-quality undergraduate education.”

“The fact that the Vagelos challenge will match our gifts is very exciting,” says Jacqueline Stuart ’63. One of her classmates has already increased her gift as a result, and through conversations with other classmates, it is clear to her that the matching-gift program’s appeal is widespread.

The Vagelos challenge will also match planned gifts—gifts in which a donor names Barnard as a beneficiary in a will, trust, or retirement plan, or creates a charitable gift annuity. For each planned gift, the Vageloses will contribute 50 percent of the planned gift’s value to a scholarship fund for current students. 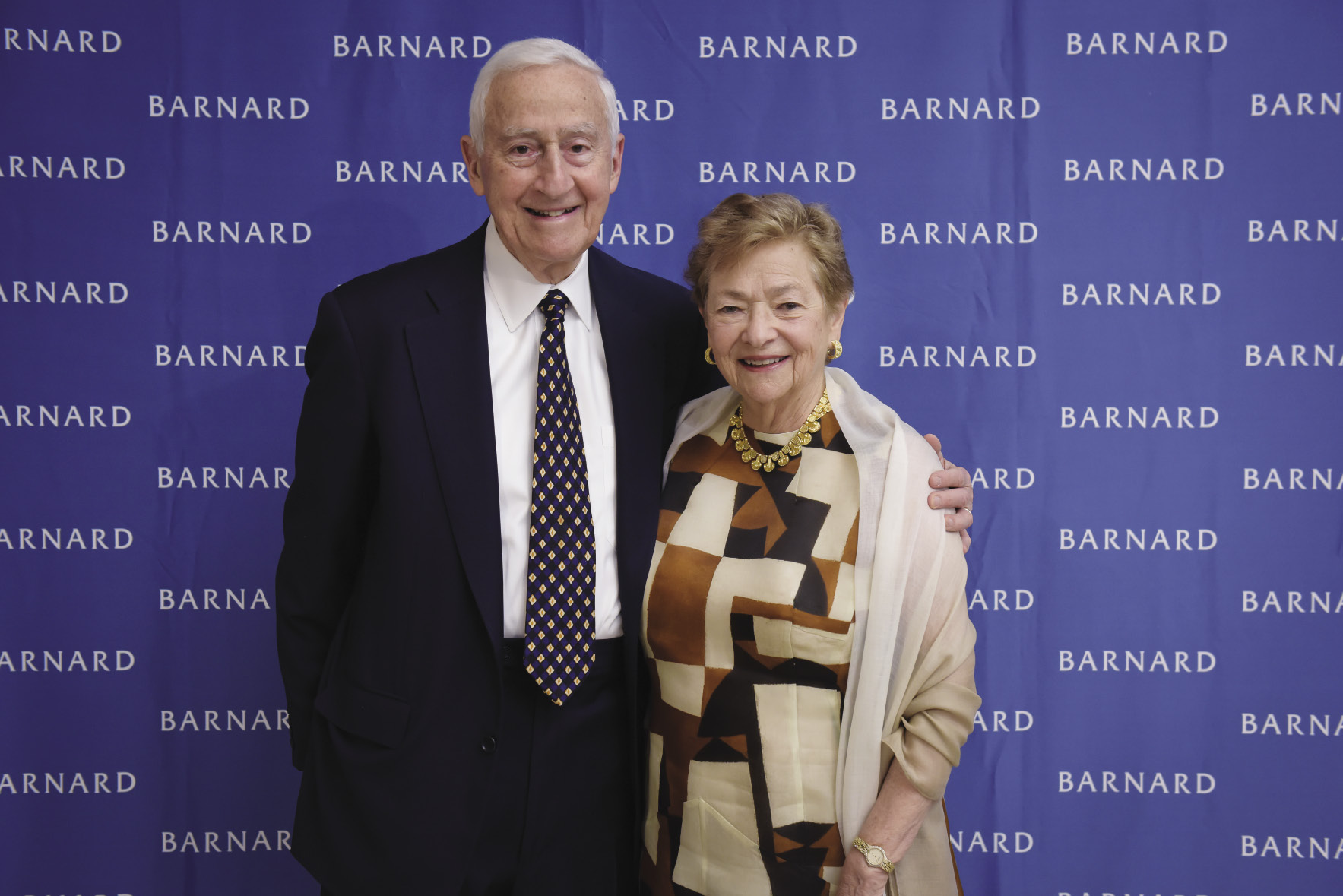 “Diana and Roy are incredibly generous and forward-thinking,” says Audra M. Lewton, director of gift and estate planning. “They recognize how important planned gifts are and want to encourage these extremely meaningful donations. There are already many personal financial benefits to planned gifts. Being able to help students today in a direct way presents an extra-special opportunity.”

For some donors, giving can help create important bonds with students and the college they hold dear. Stuart and her husband, Alan, long-committed supporters who have endowed a scholarship fund of their own, make it a practice to meet student recipients. One of them was the first in her family to attend college. The Stuarts took her out to concerts, museums, and meals, and answered the young woman’s questions about navigating college life. Says Stuart, who studied government at Barnard and became an attorney, “I tried to give her some guidance and advice, the way I would to my own daughters.”

Scholarship giving, of course, can mean the world to students. Pauline Grinberg Shender ’99 says her Barnard education would not have been possible without the financial support she received from the College and its donors. Attending Barnard gave her access to diverse courses and internships, and enabled her to soak in the vibrancy of New York City. Shender, who majored in psychology and minored in economics, took full advantage—even taking two years of Russian at Columbia—and then went on to earn an MBA.

Diana Vagelos has inspired her. “Diana’s first thought is always how to make the world a better place; how to make Barnard better; how to provide more opportunities for women,” says Shender, who has established a scholarship fund by pledging to give $50,000 to Barnard over the next five years.

“We’ve given back over the years, but never made a commitment at this level,” says Shender. “Once we saw that the money would be matched, it inspired me and my family to stretch.” •