Ever find yourself in need of a little inspiration? The good news about the College is that you don’t have to look far to find it.

Talk about rising to a rough reality: When BOSS was founded during the 1968-69 school year, the conditions black students faced on campus could be described as bleak. Out of a campus community of approximately 2,000, there were 80 black students, total. Their lives and possibilities were not validated or reflected back at them. There were no black professors. African American perspectives and contributions to history, literature, art, and science — to virtually any experience or field of study — were nearly absent from the curriculum. Black students were regularly harassed by campus security guards and, on a daily basis, experienced difficult interactions with many white students and professors.

Rather than accept things as they were, black and Latina students met in the dorm room that Frances Sadler ’72, now a Barnard Trustee, was living in and created a group to represent and support themselves. Over the next five decades, as BOSS changed its name a number of times, its members have worked with the College administration to help Barnard live up to its stated and much-needed mission: to provide a high-quality education to all kinds of women. In the process, these students and alums have created not just a better Barnard but a place for themselves on campus. They have built strong social networks that have carried them through college and all that comes after. It’s our honor to tell the group’s story here. And it was a special honor that 26 current and past members of BOSS joined us at a photo shoot on campus in mid-December to help illustrate this story. Thank you to everyone who participated.

In this issue, we’re also proud to feature inspiration of a different sort: the stories of women who’ve relaunched their careers after long absences from the workforce. Many left jobs they loved to take care of their kids, other family members, their own health, or for other reasons. Rejoining the professional world after a long time away can be daunting. But it’s also doable. In this issue, alumnae who’ve crossed that narrow bridge show their fellow graduates how.

We’re also pleased to tell the inspiring stories of alumnae who ran for political office in 2018. As it happens, at least a dozen Barnard alums took up this challenge. We kept tabs on their campaigns, and once Election Day was over, we sent them questionnaires asking what prompted them to run, what issues most mattered to them, how Barnard influenced who they were as candidates, and, of course, the names of their campaign theme songs. I hope their willingness to put themselves on the line motivates all of us to do something to alleviate the problems of our time.

And now a detour from the topic of inspiration: Some of you English majors and other readers may notice that we’ve switched some of our editorial style in this issue. For you word nerds out there (I happily count myself among you!), we’re moving from the rules of The Chicago Manual of Style to those of The Associated Press Stylebook, to better integrate Barnard Magazine with the College’s news operation. Like many of you, I will miss that the numbers between 10 and 100 are no longer spelled out in these pages. No doubt, it will take some getting used to the fact that the names of newspapers will no longer be italicized here.

I have confidence this won’t trip you up, though: Barnard alumnae are an inspiring and inspired group, rising to challenges, be they minute, grammatical ones or, as this issue shows us, some of the largest of them all. • 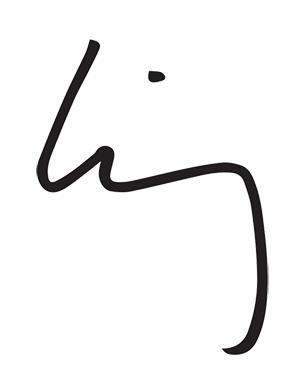 Send me your comments: lgalst@barnard.edu