The Year of the Barnard Woman in Politics

Talk about Barnard bold: In 2018, at least a dozen alumnae — 10 Democrats, one Republican, and one candidate in a nonpartisan election — ran for public office. They ran for positions ranging from register of deeds to governor of one of the most populous states in the country. (Marie Angelides ’78 ran for Hampden County, Massachusetts’ register of deeds as a Republican and told the local media, “If you complain about something and you do not step forward to make the changes, I believe you are part of the problem.”)

Some Barnard candidates won, including incumbent Ruth Wattenberg ’81, who ran in a nonpartisan election for the Washington, D.C. State Board of Education. Her platform embraced closing the achievement gap, relieving school overcrowding, and emphasizing a well-rounded curriculum.

And some Barnard candidates lost. We understood that all of these candidates — winners and losers alike — had something to teach the College community about public service and attempting to realize one’s ideals under difficult circumstances. Indeed, says political science and Spanish major Isabelle Jackson ’19, a Tow public interest fellow, “Feeling that running for office is for you is really about who you see and who makes it accessible.”

So the Magazine sent a survey to all 12 candidates to find out what their experiences were like. Here, the seven who replied share their lessons. One thing they taught us is that while graduating from the College isn’t a prerequisite for political courage, it certainly helps. As Carol Carothers ’75, a candidate for the Maine House of Representatives, told us, “Barnard was the place where I learned I could do just about anything.” 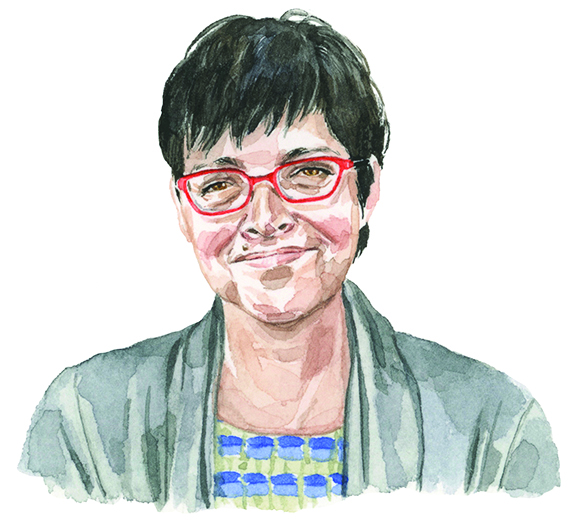 Did you always want to get into politics, or was this a new feeling? I’ve been involved with politics in various ways since I was young, having worked for a member of Congress and also on campaigns. This was my first time running for elected office, not counting my election to Amherst Town Meeting six years ago.

What are the issues that compel you most? Income inequality; investing in and fully funding public education; focusing on how the Commonwealth can convert the economy from being fossil-fuel-based to renewable energy; access to health care and moving toward a single-payer health care system; expanding reproductive rights; voting rights and access; LGBTQI, immigrant, workers’ rights; criminal justice reform; making sure Massachusetts is welcoming, fair, just, and not complicit with the current administration in any way.

In what ways did your experiences at Barnard influence your campaign? Truthfully, when you think of the learning and practice opportunities we received at Barnard — writing, researching, critical reflection, speaking in public — all are skills that I’ve continued to use, including in the campaign.

Do you feel part of a “pink wave” of women running for political office? Ayanna Pressley, a new Congressmember from Massachusetts, reminded an audience I was part of that if you were a woman running for office in 2018, you were not part of the wave, you were creating the wave!

What did you learn over the course of the campaign? Women over-prepare and over-think. But if we didn’t, we would risk looking underprepared and ill-equipped. Lesson: Do what you feel comfortable doing. 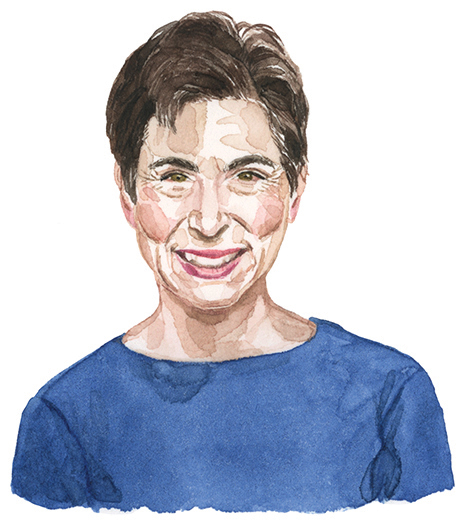 What prompted you to run? As a school board member in a large, urban school district, I saw students struggle with issues that are socioeconomic as opposed to academic — unstable housing, inadequate nutrition, inconsistent health care, no earlychildhood educational opportunities. I decided that I needed to work at a higher systems level to address those challenges.

What issues compel you most? Homelessness, mental and behavioral health care, and early-childhood development, care, and education.

Any thoughts on how to develop a thick skin? Surround yourself with friends, colleagues, and family who will help you get through the toughest moments. And know that attacks aren’t personal. The more aggressively someone opposes you, the more aware they are of your power.

What do you hope to achieve in office? I would like to see universal access to high-quality healthcare, childcare, and preschool education in my county.

What did you learn over the course of the campaign? Hard work can pay off, that a political campaign doesn’t have to be dirty to be effective, and that the biggest spender isn’t necessarily the winner. 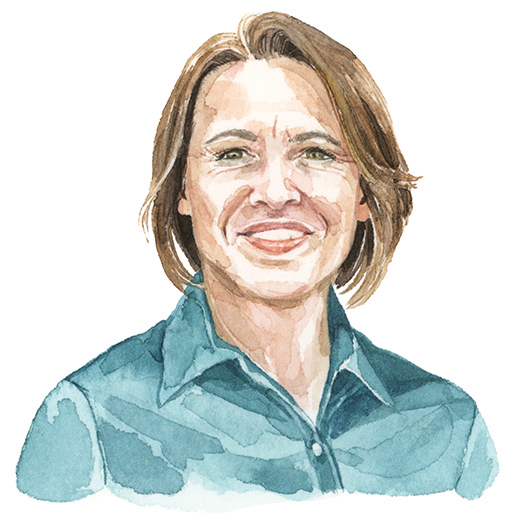 Public office: New Mexico Commissioner of Public Lands. The position controls the state’s 9 million acres of state-trust lands and uses them to generate revenue for public schools and other beneficiaries.
Party affiliation: Democrat
Results: I was elected to be my state’s first woman land commissioner!

Did you always want to get into politics, or was this a new feeling? I’ve been volunteering for campaigns for two decades and served in the state legislature for three terms before running for this statewide office.

What prompted you to run? When I originally ran for my state House seat in 2010, I wanted my daughters, then ages 7 and 11, to experience women in public office as something normal, not the exception.

What are the issues that compel you most? Funding for high-quality education has been my platform. There is also an environmental stewardship component that has to be balanced with using state land to draw revenue for public schools, universities, and hospitals.

Was your being a woman an issue in your campaign? Yes. All my opponents in the statewide race were male, and the office had never been held by a woman in its 100-plus-year history. I got the typical criticism of “not being qualified,” “not being tough enough,” “not being able to handle the job.” My daughters (now 17 and 21) and my young campaign manager had to help me see this criticism for what it was: sexism.

Any thoughts on how to develop a thick skin? In some ways, it’s good to remember criticism is about them, not you. In other ways, being sensitive and open to people makes you a more sympathetic elected person.

In what ways did your experiences at Barnard influence your campaign? Barnard made me who I am today. I wouldn’t be out there in public, running, if Barnard had not helped supply me with the confidence that my experience, my thoughts, my opinions matter.

What do you hope to achieve in office? I want to make sure we fund universal, high-quality, early-childhood education; hold the oil and gas industry accountable when they use our state lands; and ensure we protect our land, air, and water as we pursue sustainable sources of energy.

Was your Barnard network involved in your campaign? And, if so, how? YAASSS!!! Of course! My ladies from Barnard ’96 cheered me on, shared my campaign on social media, and were their involved, woke, badass selves. #5thFloorQuad

What’s the toughest challenge you faced during your campaign? Being an outspoken critic of the oil and gas industry and making a pledge not to accept any campaign contributions from them. We overcame the money problem by using people power and being strategic in how we stretched our dollars.

Any advice for alums interested in getting involved in politics? You will NEVER be truly ready to run for office; don’t second-guess yourself. 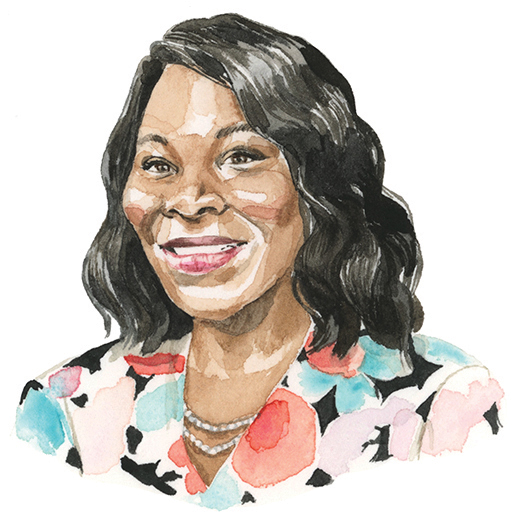 What prompted you to run? I’ve been working and advising decision-makers behind the scenes. Running for office seemed like a natural transition.

What are the issues that compel you most? Education and workforce and economic development.

In what ways did your experiences at Barnard influence your campaign? When I became very stressed during the campaign, I relied on Crabtree & Evelyn rosewater perfume because my favorite Barnard English professor wore it, and it reminded me of her. I struggled in writing and she was very influential in getting me through the course. The scent reminded me to persevere and to know that I am not alone — a small ceremonial act that yielded mega results.

Did you feel part of a “pink wave” of women running for political office? Absolutely! In Georgia, I was supported and emboldened by an unprecedented number of women seeking office, including Stacey Abrams, who ran for governor. Lucy McBath now represents parts of my district in the U.S. House of Representatives.

What did you learn over the course of the campaign? That campaign life is multifaceted and that you should trust your instincts. 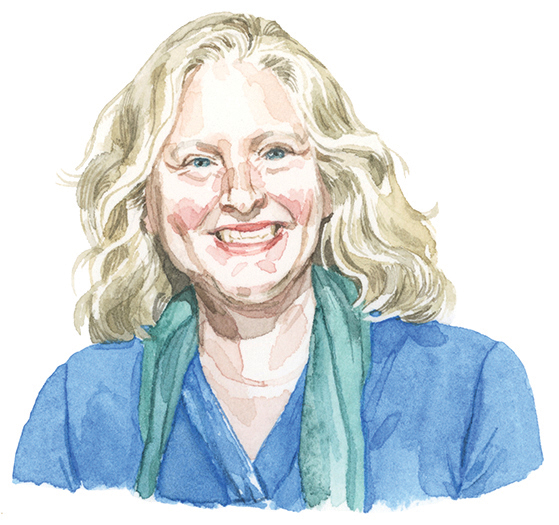 Did you always want to get into politics, or was this a new feeling? I have always tried to make a difference in my community. But I wasn’t serious about running for elected office until the 2016 election results.

What are the issues that compel you most? Climate change, clean water, and social justice.

Any thoughts on how to develop a thick skin? I watched the testimony by Anita Hill in 1991 and Christine Blasey Ford in 2018 in real time. If they can speak the truth to power in such a large setting, I can do it in my smaller pond.

Did you feel part of a “pink wave” of women running for political office? Not a fan of “pink = women.” That said, I live in Michigan, which just elected women as governor, attorney general, secretary of state, and re-elected a woman senator.

What did you hope to achieve in office? Transparency and better communication in government planning and operations, and opportunities to discuss a vision for a future that is more just and sustainable.

What’s the toughest challenge you faced during your campaign? The financial realities of working two part-time jobs, one being the campaign, neither of which paid well.

What did you learn over the course of the campaign? Knocking on doors reminded me of what performing artists say: When you give your all to an audience, they will respond and give you energy back.

Any advice for alums interested in getting involved in politics? Break it down to the absolute basics. Start by going to the websites of county or state clerks to find out how many votes were cast in the previous election for the seat you are interested in. You’ll need at least that many. Then, find out how much money it took to get those votes. EMILY’s List and Vote, Run, Lead were great resources for me. They helped me learn how to gain the votes and the money. 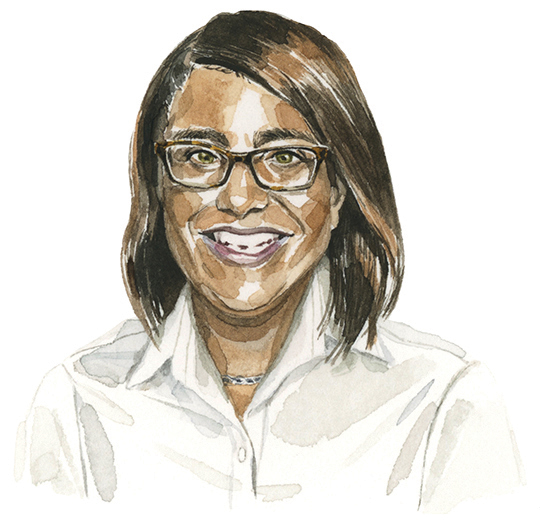 What prompted you to run? After 11 years as a magistrate judge in the D.C. Superior Court, I ran to address through public policy and legislation the increasing housing, educational, and economic disparities facing our most vulnerable residents.

What are the issues that compel you most? Affordable housing, quality education, and access to economic opportunity.

Any advice for alums interested in getting involved in politics? Never lose sight of your dreams, or the need to have a back-up plan! (Since the primary, I’ve co-founded a new, affordable legal practice.) 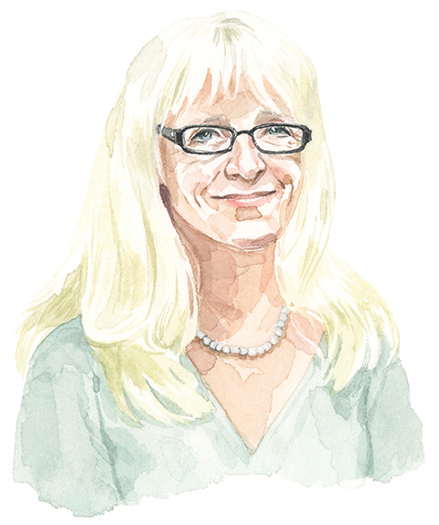 What prompted you to run? I was recruited; there had been no one in my district willing to run against the incumbent. I believe the voters should always have a choice. And I am very concerned with the direction of our state and nation.

What are the issues that compel you most? Access to health care, protecting the environment, tax reform, respect for voters and state-wide referendum outcomes, redistricting, and voter rights.

In what ways did your experiences at Barnard influence your campaign? Barnard was the place where I learned I could do just about anything.

What’s the toughest challenge you faced during your campaign? Managing my anxiety about being a public figure in these very divided and negative political times. I relied on a wonderful group of friends and volunteers to listen when my confidence flagged or my feelings were hurt.

What did you learn over the course of the campaign? I was surprised by how hard it is for people to work together — even people in the same party.

Any advice for alums interested in getting involved in politics? Stand up for what you believe in — particularly now. One of my advisors said: The most important thing is not that you win, but that you run a campaign that makes you proud.