5 Questions With ... A Student Neuroscientist

On the heels of winning the Charles H. Turner Award from the Animal Behavior Society, Chelsea Sinclair ’21 shares how neuroscience combines her love for the humanities and the sciences.

In the spring of 2019, neuroscience and behavior major and SGA representative Chelsea Sinclair ’21 joined the Pischedda Lab as a curious sophomore who was interested in learning more about research opportunities in her field. A year and a half later, as she enters her senior year, Sinclair is celebrating her success as a recipient of the Charles H. Turner Award from the Animal Behavior Society for the work she conducted with fruit flies in a lab run by assistant professor of biological sciences Alison Pischedda. 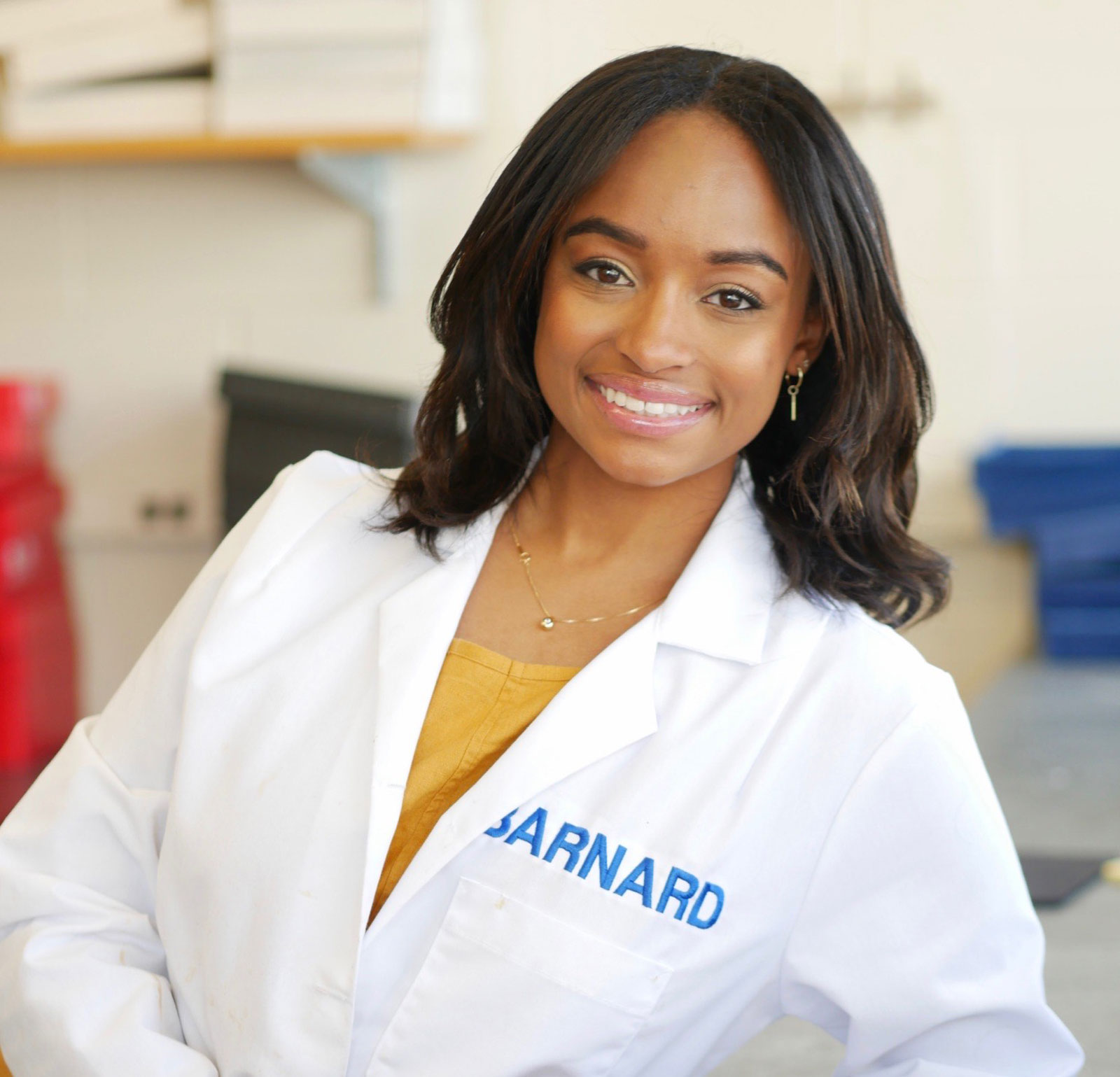 “The Turner Award is very beneficial for preparing BIPOC students for the animal behavior conference, applying for graduate school, and beyond,” Sinclair said.

Indeed, the Turner Award is granted to undergraduate students who are interested in animal behavior, with the goal of increasing diversity within the Animal Behavior Society and promoting underrepresented groups in the sciences. Sinclair attended the virtual Animal Behavior Society meeting in July, saying, “It is important for an array of perspectives to be included and voiced in research, and when we incorporate our experiences into our research, novel concepts and considerations surface.”

In the Pischedda Lab, Sinclair studies sexual selection and sexual conflict in fruit flies (Drosophila melanogaster). After graduation, she hopes to pursue a Ph.D. in neuroscience to research “feel-good” hormones with the ultimate goal of working in neuroethics. In this “5 Questions With …” Q&A, Sinclair talks about her research and lab work, and what she’s looking forward to as a Charles H. Turner Award winner. And for more from Sinclair on balancing her course load, plans for the future, and being the Student Representative to the Board of Trustees, check out her interview with MZ Wallace.

How did you get involved with the Pischedda Lab and what are you researching now? 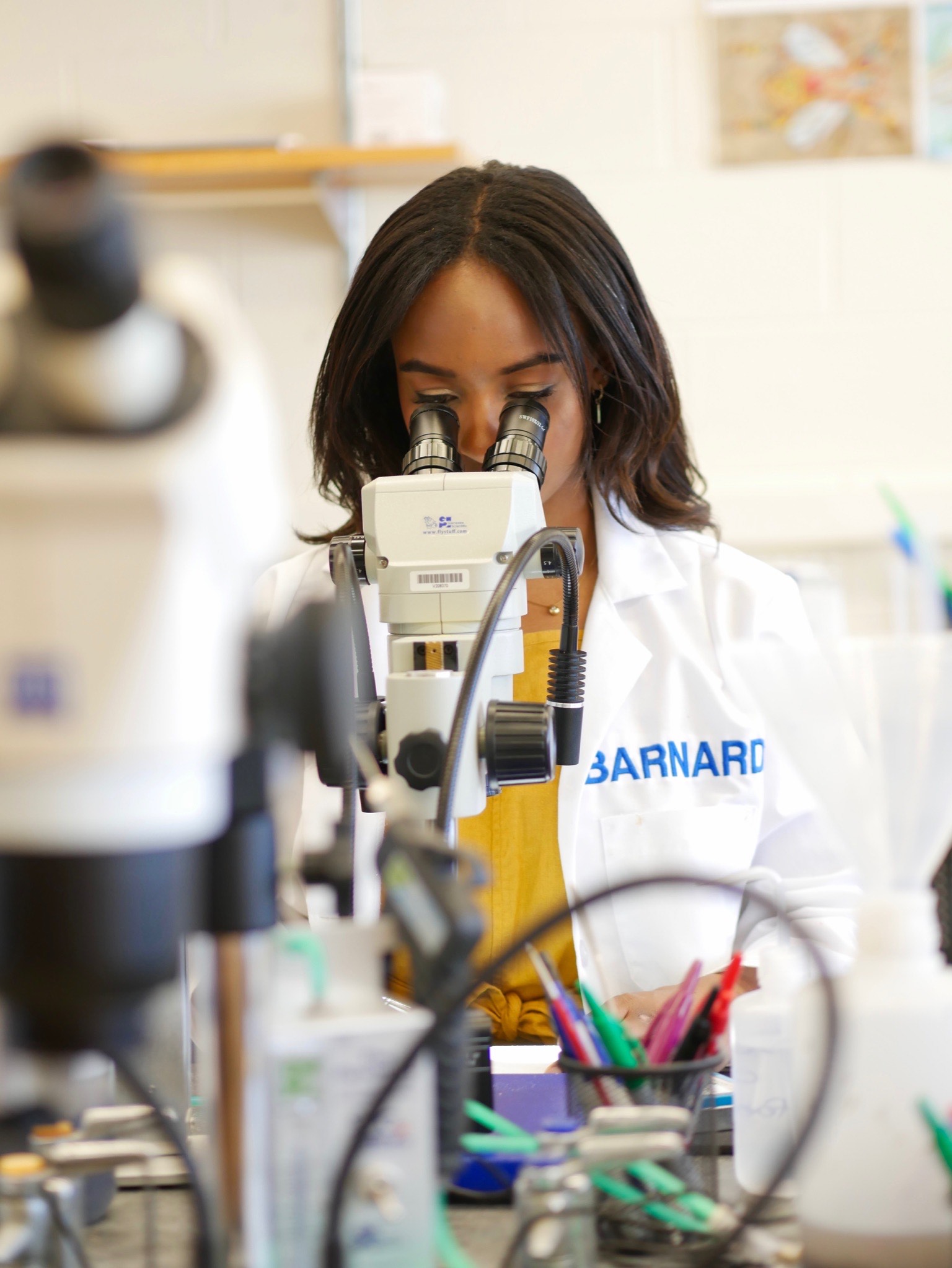 I got involved with the Pischedda Lab as a sophomore interested in research but unsure of where to start. I emailed Professor Pischedda because her research immediately caught my attention. After an interview with Professor Pischedda, I felt confident and excited about working in the lab, and everything fell into place shortly after that. In the Pischedda Lab, I research mating duration in fruit flies, as a metric of mating investment and how that pertains to male mate choice. In our current project, we test how male sexual experience and female “quality” affect the mating duration. I also have been spending some time researching ejaculatory proteins transferred during mating in Drosophila.

What sparked your interest in neuroscience and behavior, and what are your career goals for after college?

I love neuroscience because it beautifully intersects the humanities and sciences. Neuroscience is a fairly new field, and there is so much to know about the mind. I originally thought I was going to major in philosophy because I had an interest in ethics and policy. In the Introduction to Philosophy course with Elliot Paul, former assistant professor of philosophy, my favorite topic was Descartes’ theories on consciousness, and I was convinced there exists a neuroscientific basis to consciousness. I eventually became intrigued and interested in neuroscience and the emerging research in the field and began pursuing a major in neuroscience and behavior, with a minor in science and public policy. Eventually, I would like to apply my policy and ethics background to work in neuroethics.

Was there a specific class that helped you decide on the career you wanted?

I think enrolling in Guided Research in Professor Pischedda’s lab helped me to realize that after undergrad, I would love to spend more time doing research and that I love working on a team with a common goal. I also really enjoyed Genetics and Society with professor of biological sciences Brian Morton and Neurobiology of Social Behavior with assistant professor of neuroscience María de la Paz Fernández. Taking Neurobiology of Social Behavior helped me to improve and reflect on my critical thinking skills, as well as understand how to write and read as a scientist. I also was exposed to a lot of transformative discoveries in the field of genetics and neuroscience and enjoyed thinking critically about methods and the applications of research.

As cliché as it sounds, some really helpful advice has been to never give up! Not being discouraged by a “no” is really important. Sometimes, “no”s have to do with you, and a lot of times they don’t. Also, I think never being afraid to ask why or how is important.

What tips would you give to other students who are interested in scientific research?

I think it is important to keep an open mind and always be curious. In my opinion, research is about lifelong learning and creativity. Always consider every possibility. Keep a list of ideas that pop into your mind and don’t hesitate to share them with your principal investigator (PI), and use the many databases Barnard and Columbia offer for sheer curiosity. I think research, as a concept and career, goes beyond school and work environments.