Break This Down: Medical Anthropology

2020 Wellcome Medal recipient and anthropology chair Lesley A. Sharp discusses her research in the field of medical anthropology in this “Break This Down” interview.

When Lesley A. Sharp, the Barbara Chamberlain & Helen Chamberlain Josefsberg ’30 Professor of Anthropology, received word recently that she’d been awarded the Wellcome Medal from the Royal Anthropological Institute (RAI) of Great Britain and Ireland, she could hardly believe it. It’s “the highest award given in my field,” she said, and “is associated with some of the greatest names in British anthropology.”

According to the RAI’s website, “The Medal, together with a prize of £600, is awarded biennially … for a body of published work which makes, as a whole, a significant contribution to research in anthropology as applied to medical problems.” It’s a fitting honor for Sharp, who has been researching sociocultural anthropology since the 1980s and whose books — Strange Harvest (2006; winner of the 2008 New Millennium Book Award of the Society for Medical Anthropology), The Transplant Imaginary (2013), and Animal Ethos (2018) — were lauded by the RAI.

In addition to the Wellcome Medal, Sharp received the Graduate Mentorship Award, given by the Medical Anthropology Student Association (MASA) of the Society of Medical Anthropology of the American Anthropological Association, in 2019. She is also a senior research scientist in sociomedical sciences at Columbia’s Mailman School of Public Health, a fellow of the Center for Animals and Public Policy of the Cummings School of Veterinary Medicine of Tufts University, and co-editor of Bioinsecurity and Vulnerability (2014), a collection of essays that focus on national and global biosecurity measures.

In advance of the Wellcome Medal announcement, Sharp explains medical anthropology, some possible moral inquiries behind lab experiments, how she’s seen the field change over time, and more in this “Break This Down.”

The RAI has awarded you the Wellcome Medal for your contributions to medical anthropology. What is your career focused on?

I am first and foremost a sociocultural anthropologist who specializes in medical anthropology, and there are many ways to practice within this subfield of the discipline. My own training and interests have long been grounded in exploring and deciphering the complexities associated with embodied experience, suffering, and healing. Thus far in my career, I have worked on a wide range of issues: indigenous healing and suffering in Madagascar; the transformative qualities of organ transplantation in contexts where organs are derived from cadaveric (deceased) donors; efforts within highly experimental immunology and bioengineering to heal, perfect, and transform the human body; and, most recently, the moral parameters of anticipatory science on the one hand (best exemplified by efforts to design artificial parts) and animal experimentation on the other.

Although at first glance these may seem to be disparate topics, consistent themes that run throughout all of my work include clinical and other forms of healing; body use and commodification; end-of-life care; and bioethical versus everyday moral thought and action.

What does being awarded the Wellcome Medal mean for you personally?

When I learned that I had won, I had to calm myself down so that I wouldn’t hyperventilate! It is, without question, the highest award given in my field, and to learn that one’s work has been recognized internationally in this form is a humbling experience. RAI dates back to the 1870s, and its name is associated with some of the greatest names in British anthropology, a tradition within which I am trained.

In specific reference to the medal itself, the list of past recipients reads as a “Who’s Who” in medical anthropology, and I’m blessed to have been trained and mentored by several awardees. In this sense, it is an especially wonderful experience, and none of this would have been possible without their expert guidance, nor without the help and support of still other colleagues who believed in my work and who took the time to write nomination letters on my behalf. I am still pinching myself — I can hardly believe the news! 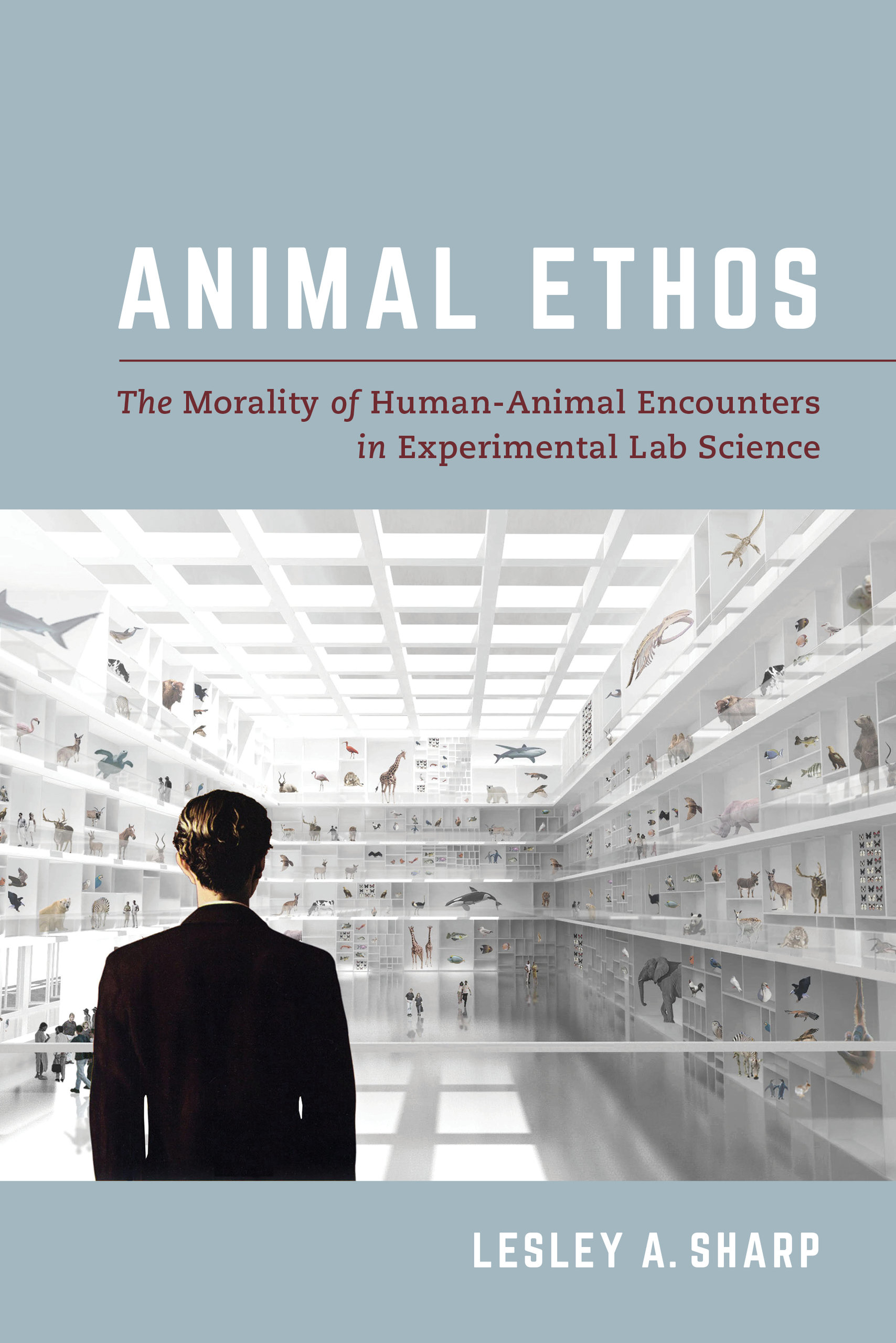 The committee lauded your 2018 book Animal Ethos for the moral questions it raised regarding interspecies experimental research. What was the inspiration behind the book?

Animal Ethos addresses the complexities of human-animal encounters in experimental laboratory science. The project grew out of my earlier work on highly experimental forms of organ transplant research, as described in my book The Transplant Imaginary. When I was conducting research for the latter, I was most interested in how involved bioengineers and xenotransplant researchers understood their efforts to transform the human body, either by designing mechanical organs or by finding ways to cull parts from animals that might be transplanted in humans. I regularly asked them to talk to me about human bodies and human patients. Oddly, they often spoke instead about the animals they used as human proxies. Once I completed The Transplant Imaginary, I realized I had more work to do, and that decision informed Animal Ethos.

A core premise of Animal Ethos is that, within experimental science, there are well-known and codified bioethical principles that shape regulations and the like about proper scientific practices, [such as] principles that are clearly articulated in grant proposals, university regulations, and legislation. An invisible, yet equally important, realm consists of what various anthropologists describe as “ordinary” or “everyday” ethics — which I reference as ethos or everyday morality — that evidence personal, situational, flexible, and even serendipitous responses to the quandaries one faces while working with and using animals in laboratory research.

Various findings that surprised me were the strong affective pull that various animals, individuals and species, have on lab personnel; how lab labor hierarchies can affect how one thinks about and responds to animals; and, because lab animal research often ends with the animal’s death, such as through required euthanasia, [that] there are various ways that lab personnel commemorate, honor, and remember the animals they have known.

How have you seen the field change over the years since you started your research?

Oh, my … that’s a broad and complicated question. I think the greatest change I’ve witnessed over the last three decades has been the infusion of medical anthropology with science and technology studies and, to a lesser extent, an interest in interspecism. This answer of mine reflects my own research interests and biases, though. More broadly, a significant shift occurred a few decades ago when many of us began to sense and recognize a shift to the molecular level in medical science, and this inevitably sparked significant curiosity among many of us. It’s important to understand that medical anthropology isn’t merely about clinical or biomedical concerns. We have always been, and will continue to be, experts on how humans experience, confront, cope with, and seek to salve and cure a full range of experiences we might gloss as suffering across the full spectrum of human experience.

Do you see any future trends?

In my experience, these sorts of predictions rarely pan out. I would like to emphasize that if we limit our interest to biomedicine, we exclude many equally important experiences. Anthropologists are experts at recognizing social problems when they are just emerging and where suffering, or potential, future suffering, looms. We are experts in thinking comparatively — both across sociocultural domains and historically — and this deep knowledge enables us to recognize inherent problems before others can see them. A lesson I’ve learned from my own research is [that] wherever there are collective anxieties, the data will be rich, intriguing, and rife with moral quandaries inevitably worthy of careful study.

Anthropology+Archaeology
Break This Down
Lesley A Sharp