In celebration of Asian American Pacific Islander Heritage Month, the president of the Myanmar Association at Columbia discusses advocating for the Burmese community in New York.

Being able to be a leader in our association has opened up the side of me that wants to give back to my community and has also really rooted my experience here [at Barnard].

Activism can take many forms, from grassroots organizing in local neighborhoods to institutional calls for change. For recent Barnard graduate Kaythari Maw ’21, activism means being an advocate for the Burmese community, whose country’s history is often overlooked in academic studies. Throughout her time on campus, Maw was a leading figure in revitalizing the Myanmar Association at Columbia (MAC), a student organization connecting Burmese and Burmese American students like herself across the undergraduate and graduate schools.

After majoring in economics, with a focus on research in urban science, Maw knew she wanted to pursue a graduate degree to combine her interest in economics with her passion for learning Burmese. In the fall, Maw will be entering Cornell University Graduate School’s Regional Science program to do just that. She is also a recipient of the Southeast Asia Program’s Foreign Language and Area Studies Fellowship, which will help to fully fund her master’s program as she continues to learn Burmese.

In this “Students Share,” Maw recounts her experience leading MAC, how this has shaped her personal identity as a Burmese American, and the importance of raising awareness for marginalized communities.

How did you get involved with MAC?

MAC was previously formed by a group of Burmese students here, but we restarted it [after it] had been inactive for a while. We still had a Facebook group that was pretty active, and we were always looking to add students. We successfully applied to become an official student organization again in the fall of 2019, but then the pandemic happened, and we couldn’t plan any [in-person] events. Now, we’re mainly doing outreach across the University and getting the word out that we’re active now.

The main purpose of the MAC is to build a community for those who are either from Myanmar and Burma, identify as Burmese American, and also have that connection with Burma. It’s important to have this community because we’re quite a small population, and it’s nice to have that kind of support [from each other].

It’s hard to create a community when everything is virtual, but what I did as president was host Zoom events and foster community bonding through talking with each other a few times a month. Before the pandemic, one of our main events was being featured at the night market, where we cooked some Burmese food, sold it, and raised awareness [for the Burmese community], which was really fun. And then this spring semester, the military coup happened in Myanmar. So it was time to shift gears and focus on the well-being of our members, ensuring that we all have each other’s backs, and try to raise awareness as much as we can using our platform on Facebook.

How has your leadership in MAC informed your professional or academic interests?

Being in a leadership role in MAC has taught me the power of having a community and the power of having someone who you can go to that has a similar cultural identity. Being able to meet people that have a similar background from you, but also not the exact same background — for example, international students who were born and raised in Myanmar — is important in creating a sense of community for everyone. It makes you realize the wide field of stories that exist, even though we all have the similar thread of being somehow connected to Burma. Getting to know the Burmese community at Barnard and Columbia has really taught me a lot about what it means to be Burmese.

I also think being able to be a leader in our association has opened up the side of me that wants to give back to my community and has also really rooted my experience here [at Barnard].

What inspired you to apply to study Burmese at the Cornell University Graduate School for a Master’s in Regional Science?

Because I joined MAC, I was able to find out that Columbia offers Burmese classes through their Language Resource Center, specifically in this program called the Shared Course Initiative, which is a project between Columbia, Cornell, and Yale University [to connect students to language courses across the three schools]. I began to take Burmese as my language component at Cornell, [via live video conferencing]. I started in the introduction courses because I didn’t know how to read, write, or even speak Burmese. I could understand when someone was speaking to me, but I couldn’t respond back. This program gave me a rare opportunity to continue to grow my Burmese language skills. I became close with my professor and the people in my class, since we were such a small group, and I began to think about continuing my language education after college. It was clear to me that the Southeast Asian studies department at Cornell really cared about supporting programming around Burma.

From my thesis work, I found that I was really interested in urban economics research and doing data analysis on how living in the city affects different communities, and because of that I looked into graduate programs so that I could do research focusing on the Burmese community in New York. I learned from some of my advisors about the regional science program at Cornell, which combines many of my interests in urban planning, urban science, and economics. Cornell master’s program was the only place where I could [pursue] both of my passions in Burmese language and qualitative economic research.

What keeps me going is people like MiMi Aung, the Burmese American scientist who served as team lead for NASA’s first helicopter flight project on Mars. Her mother was the first Burmese woman to earn a Ph.D. in mathematics, and the development in just one generation is really incredible. Stories like these motivate me to move up in higher education as much as I can.

Why is it important to raise awareness for marginalized communities, especially at higher educational institutions?

When there’s such a lack of research being done for a specific community, it allows institutions to gloss over the various nuances and details of a country’s history — Myanmar, for example. Being able to do research at this institutional level allows me to challenge the Western-centric approach to education and learning by showing how other perspectives are also valid. It’s important to expand learning to different issues and really commit to putting a spotlight on countries and topics that have not been paid much attention.

What is one aspect of the master’s program or as a graduated senior that you’re looking forward to right now?

I’m taking a photography class as part of the summer semester, and it’s allowing me to think about the different ways I can advocate for Burmese Americans and our culture and history. Photography is another method for uplifting our culture and our stories that I didn’t really think about before. Because there’s such a lack of attention towards Myanmar in general, photography can be another way to bring visibility to the Burmese community. And I was thinking that one day, when there’s a textbook on Burmese Americans, it could have my photos in there as a part of our history. Exploring this road allows me to channel my passions in a way that extends beyond academic research and into other fields. 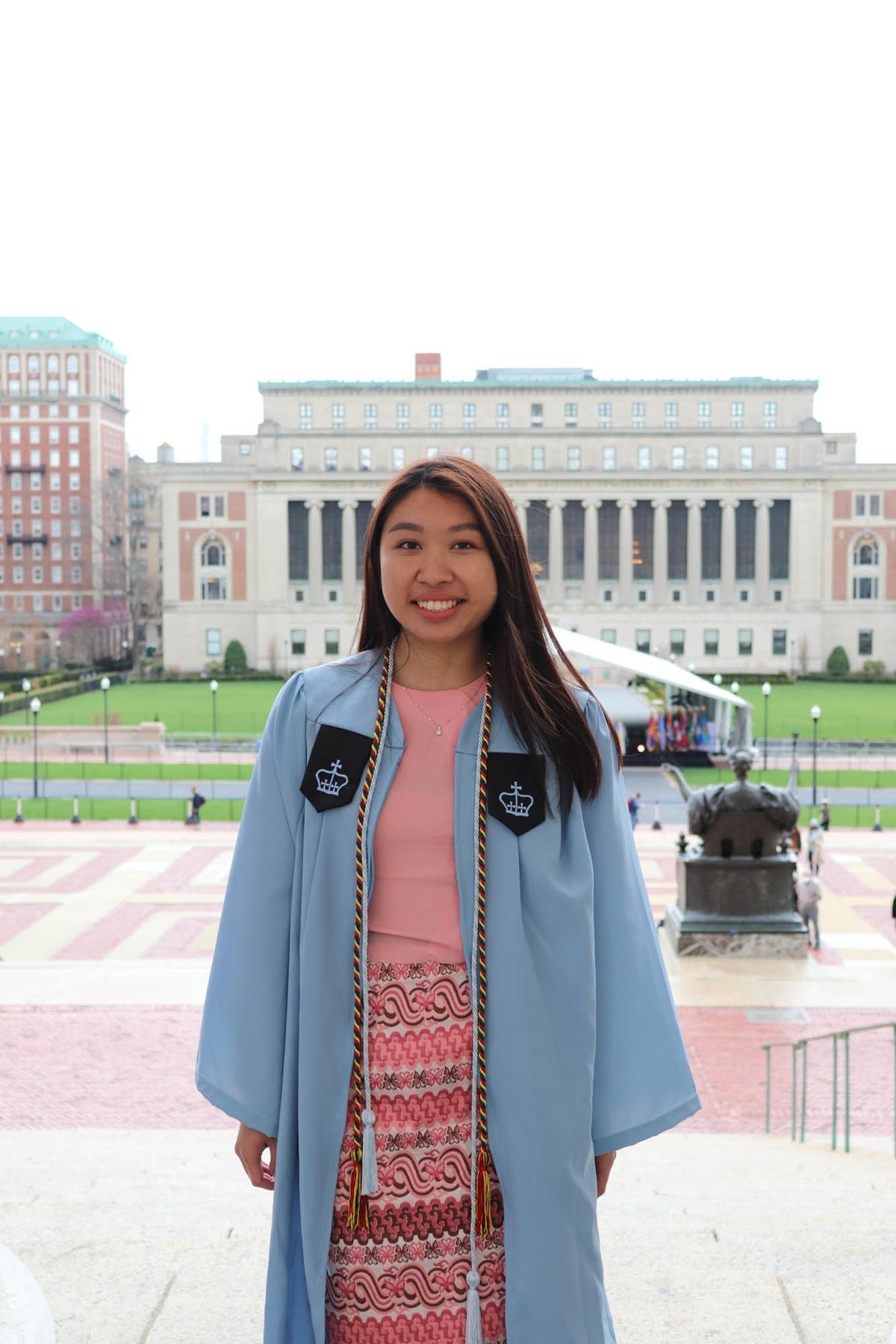 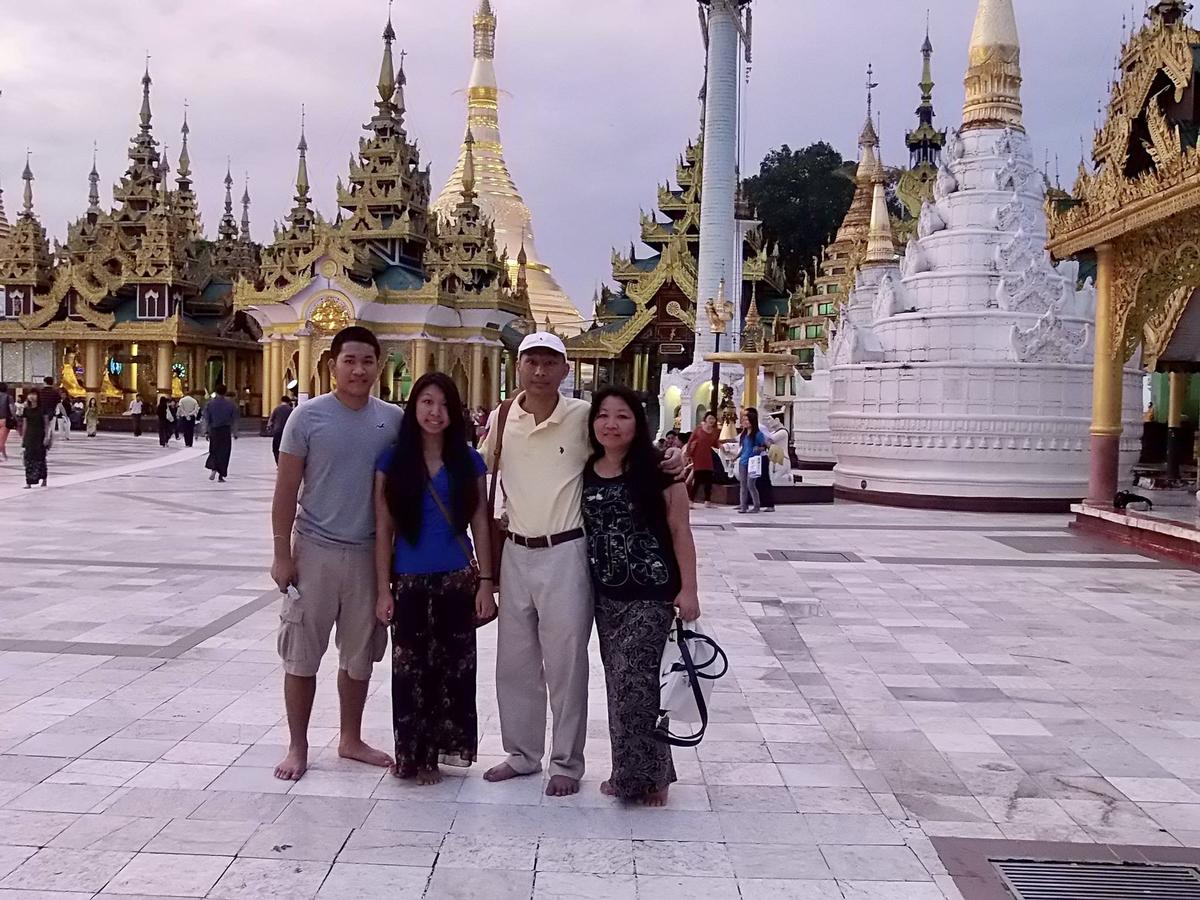 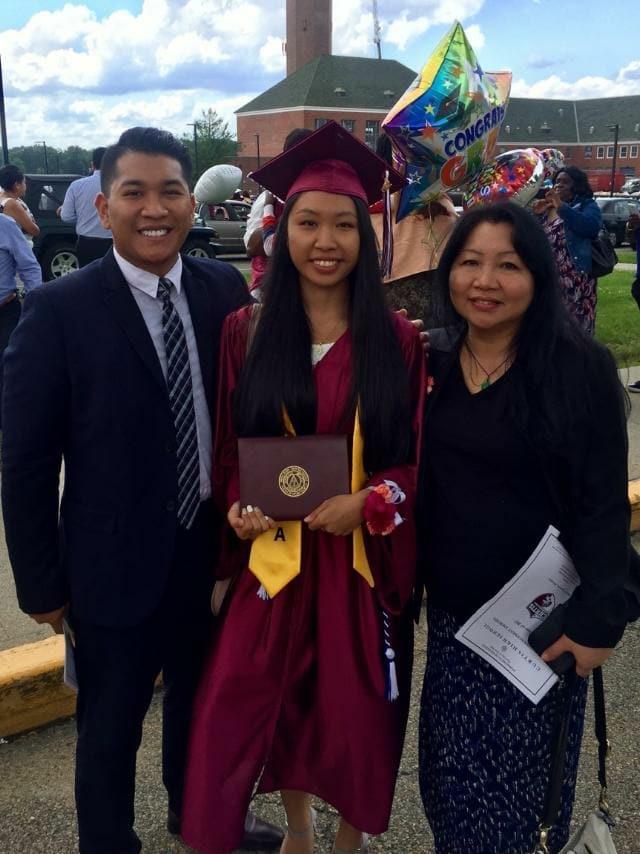 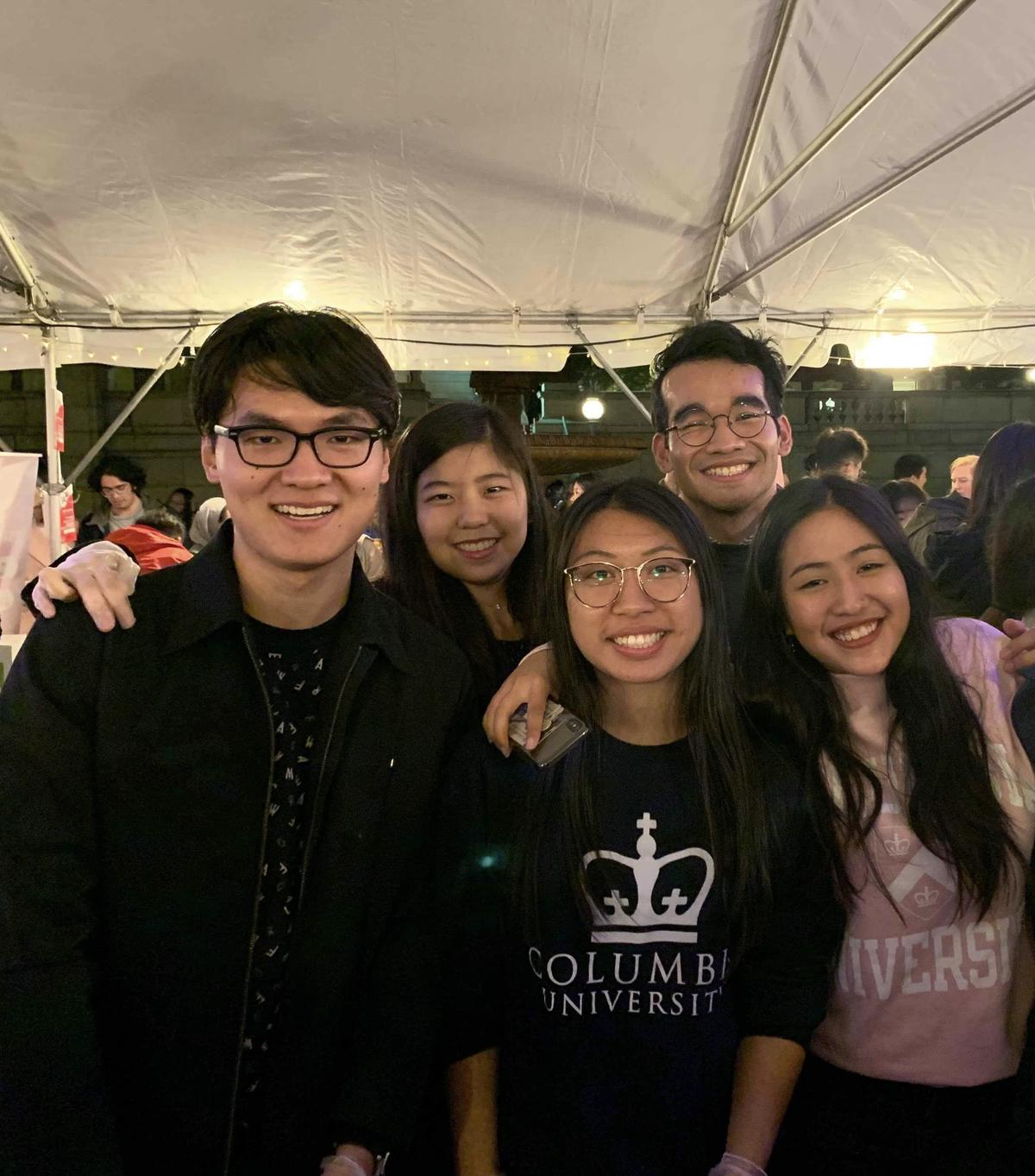 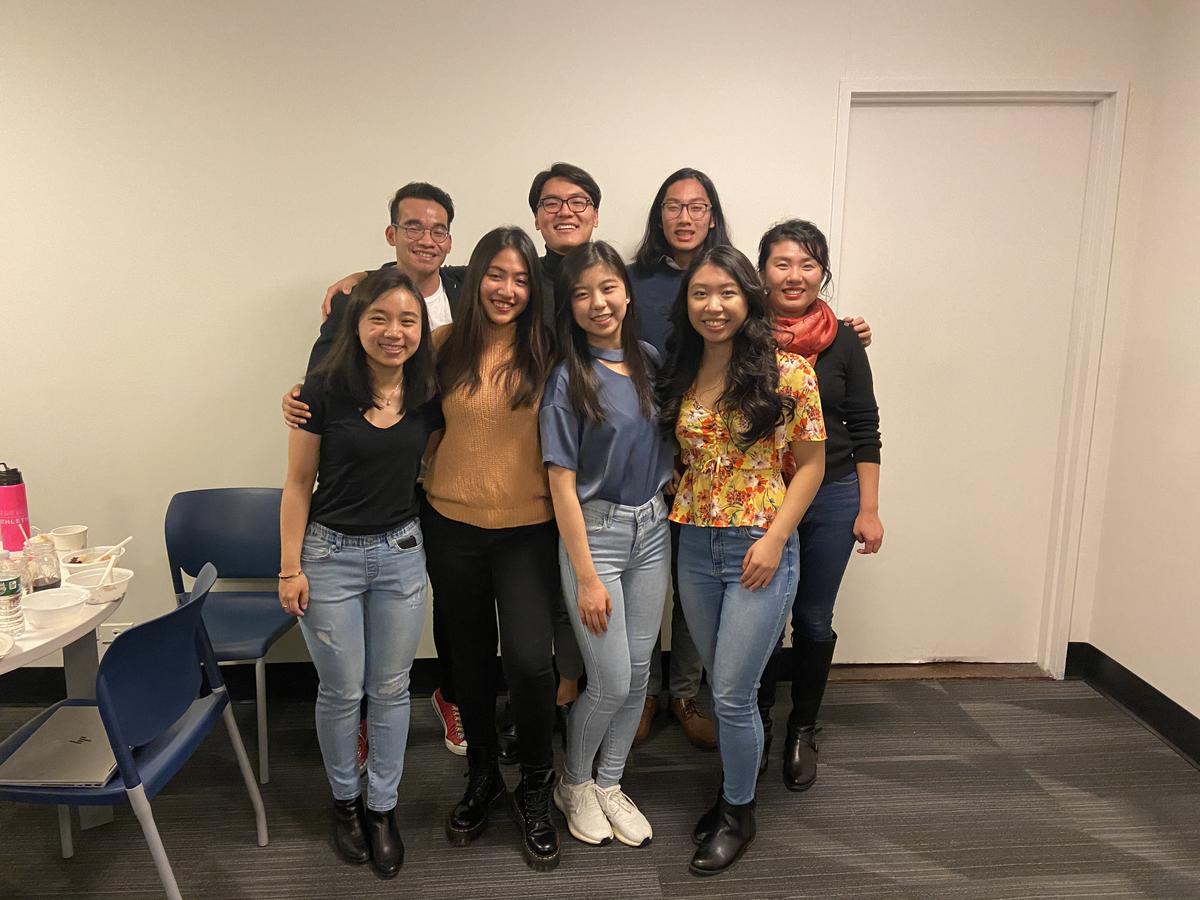 Maw with her family visiting Myanmar

Maw with her family 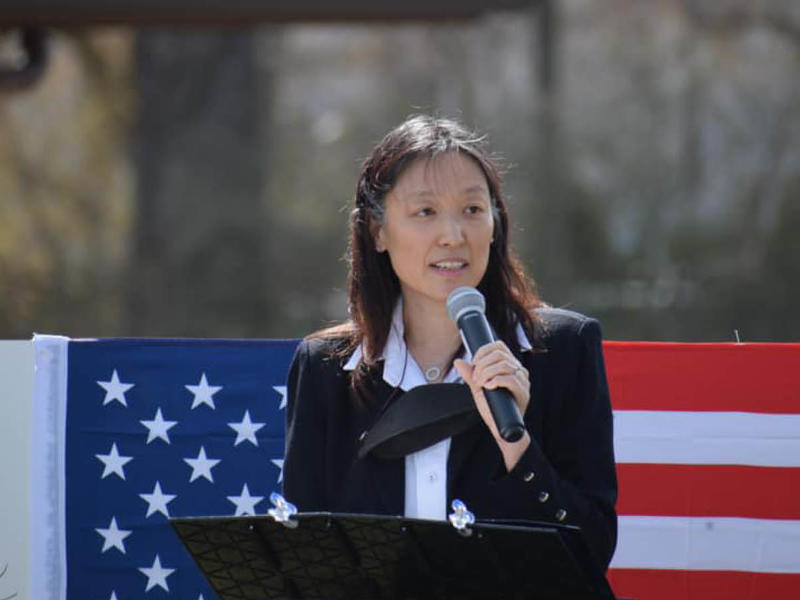 Professor Lisa Son on the Psychology of Activism 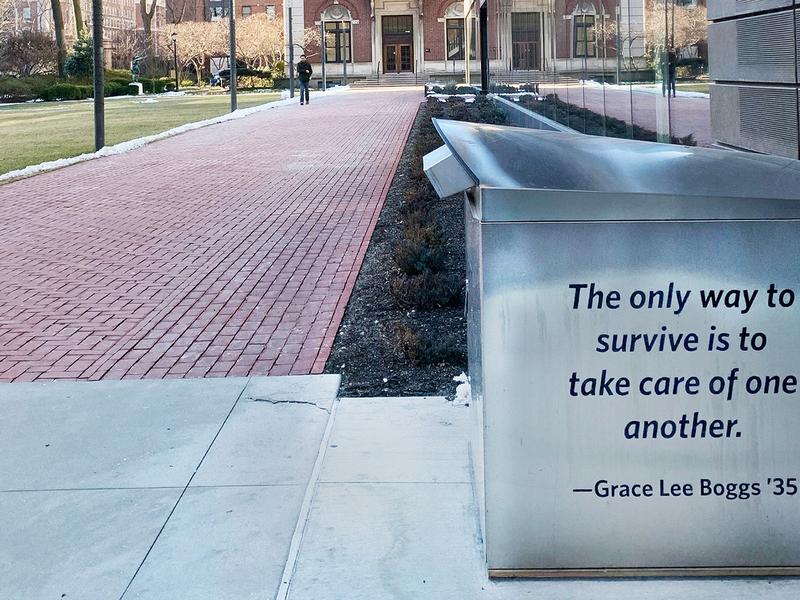 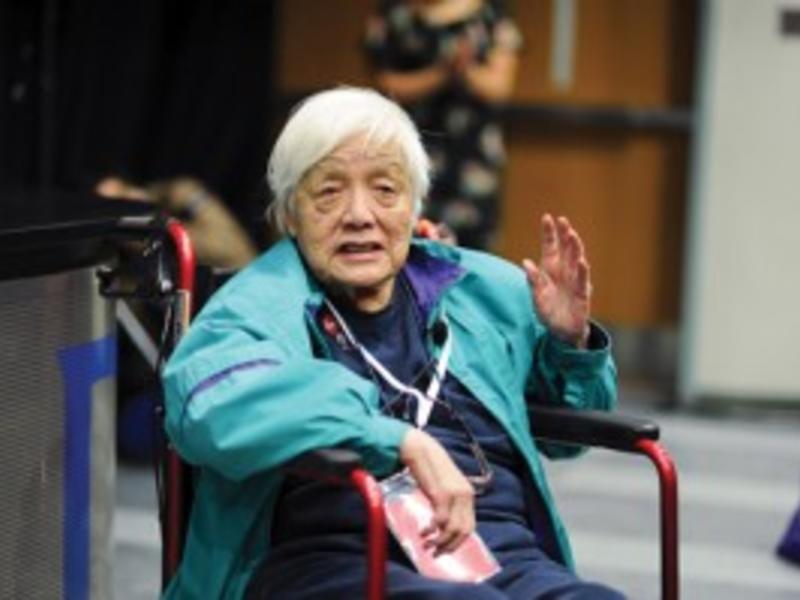