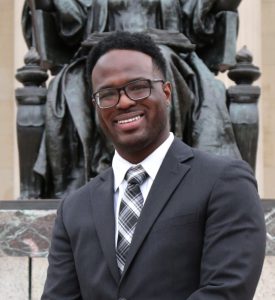 In June 2022, Morgan C. Williams Jr., assistant professor of economics, co-published an article titled “Police Force Size and Civilian Race” in the journal American Economic Review: Insights. Williams and the research team used data from the FBI’s Supplementary Homicide Reports (SHR) to estimate race-specific effects of police force growth in 242 major US cities between the years of 1981 and 2018.

Their analysis showed that for every 10 to 17 officers hired, one homicide per year was prevented, but that each extra officer added to the force also resulted in anywhere from seven to 22 new low-level arrests. So while police force growth does not appear to increase racial disparities for serious charges, larger police forces do make more arrests for low-level "quality-of-life" offenses that are likely to have a disproportionate impact on Black Americans.