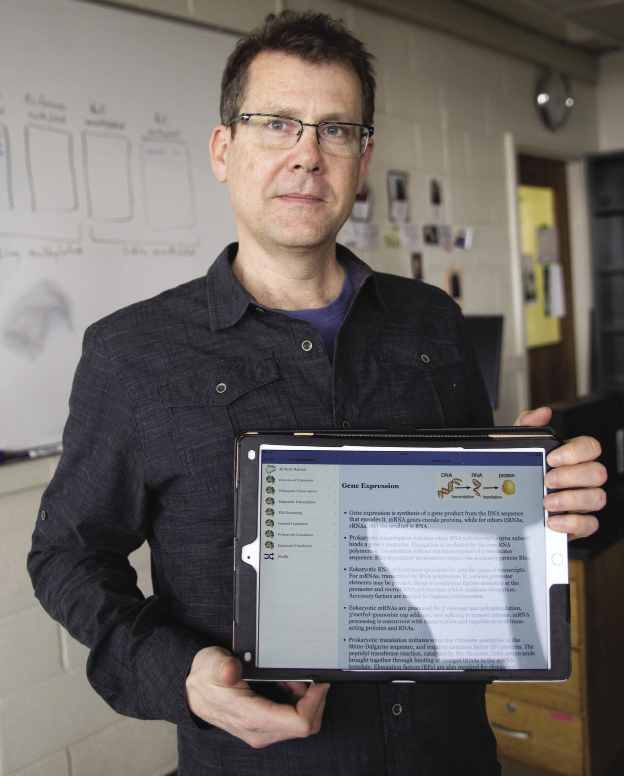 On October 26, 2021, Brian R. Morton, professor of biological sciences, published new research in the journal PLOS Computational Biology, alongside Antonina Kalkus ’19, Joy Barrett ’20, and Theyjasvi Ashok ’22. In their paper, titled “Evidence from simulation studies for selective constraints on the codon usage of the Angiosperm psbA gene,” the researchers explain how they simulated the evolution of four photosynthesis genes that are coded by the chloroplast genome of flowering plants in order to investigate the role of natural selection.

They found that the Angiosperm psbA gene has a significantly higher level of codon adaptation than predicted, while the other chloroplast genes are within the ranges that would be expected based on their simulations. (A codon is a sequence of three nucleotides that together form a unit of genetic code in a DNA or RNA molecule.) These study results strongly suggest that there have been selective constraints on codon usage in the psbA gene during flowering plant evolution. More research is needed to determine if selective constraints are currently acting on the Angiosperm psbA gene.