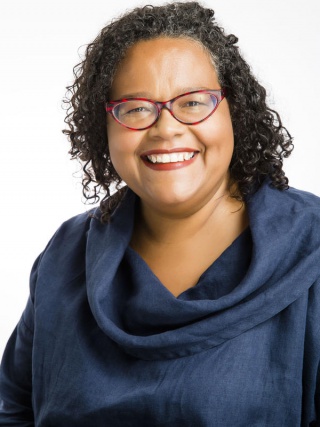 On January 26, 2023, Kim F. Hall, Lucyle Hook Professor of English and Professor of Africana studies, will publish a chapter in the new book White People in Shakespeare: Essays on Race, Culture and the Elite. In chapter 12, “Can You Be White and Hear This? The Racial Art of Listening in American Moor and Desdemona,” Professor Hall explores how we can hear and interpret Shakespearean texts differently to push back against the Bard’s work being treated as “white property.”

To illustrate the position of Blackness amid admiration of Shakespeare as white property, she focuses on Keith Hamilton Cobb’s play American Moor. Professor Hall also invokes Nobel Prize laureate Toni Morrison’s play Desdemona, an extension of female voices in Shakespeare’s Othello. She examines how Shakespeare’s work has historically been used to define and support a white cultural and racial identity by showcasing how both these plays highlight the “missed readings and over-readings” in Shakespeare that resist U.S. theatrical venues being viewed as primarily “white” spaces, where “black sound” is discouraged.