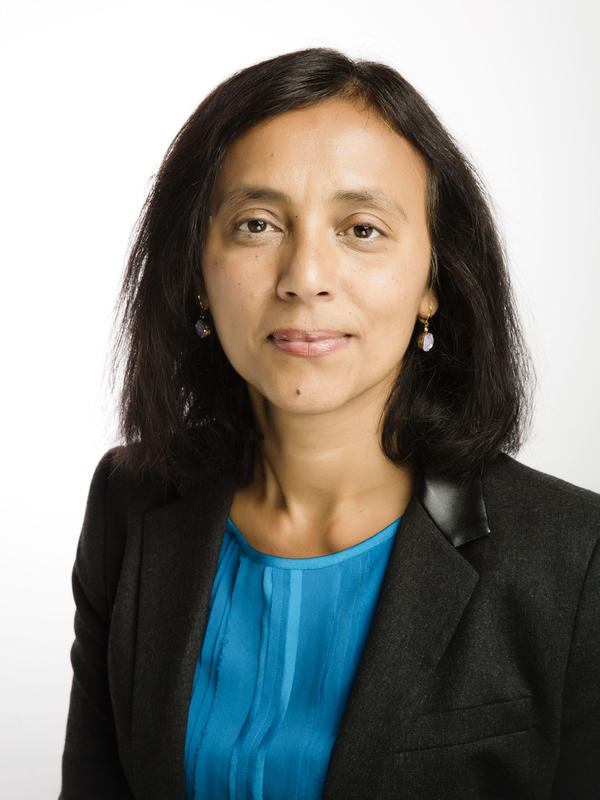 On June 27, 2022, Reshmi Mukherjee, Helen Goodhart Altschul Professor of Physics & Astronomy, saw her latest research published in The Astrophysical Journal. Mukherjee worked as part of the VERITAS Collaboration, along with Barnard Postdoctoral fellows, Massimo Capasso and Qi Feng. Additionally, Feng was one of two corresponding authors who took the lead on assembling the research, and the primary contact from VERITAS for this publication. Data was collected from the VERITAS Collaboration (made up of nearly 70 researchers), the MAGIC Collaboration (more than 200 researchers), and Fermi-LAT, the Large Area Telescope (LAT) on board the Fermi satellite, to produce this study. The work was supported by a National Science Foundation grant that was awarded to Mukherjee at Barnard in 2018.

The article, titled “Multiwavelength Observations of the Blazar VER J0521+211 during an Elevated TeV Gamma-Ray State,” reports on results from multiwavelength (MWL) observations of the blazar VER J0521+211, focusing on the TeV gamma-ray and X-ray behaviors between 2012 and 2013. Blazars are active galaxies that harbor super massive black holes and have jets consisting of relativistic particles pointed very nearly towards us (observers). The multi-instrument study of VER J0521+211 across a broad wavelength range can help us understand the nature of gamma-ray blazars.