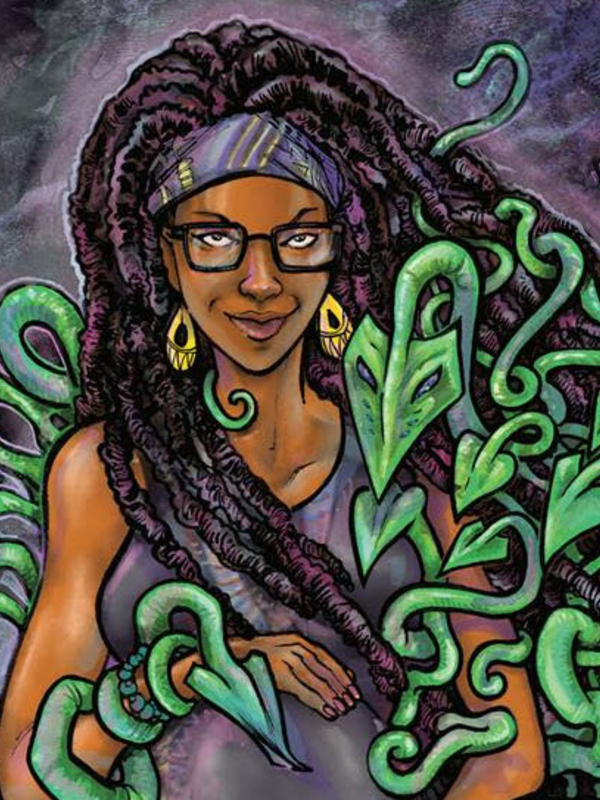 Activism in the World of Comics and Cartoons 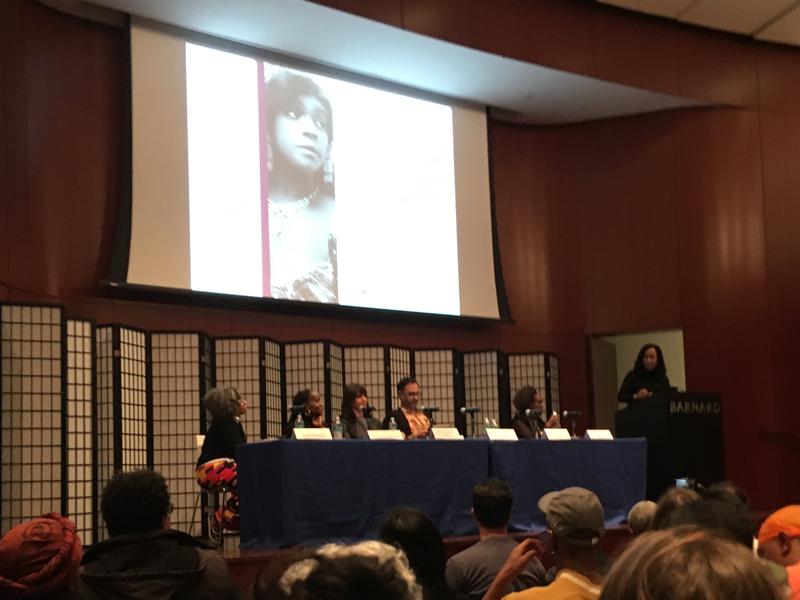 A beautiful, if not particularly wayward, event 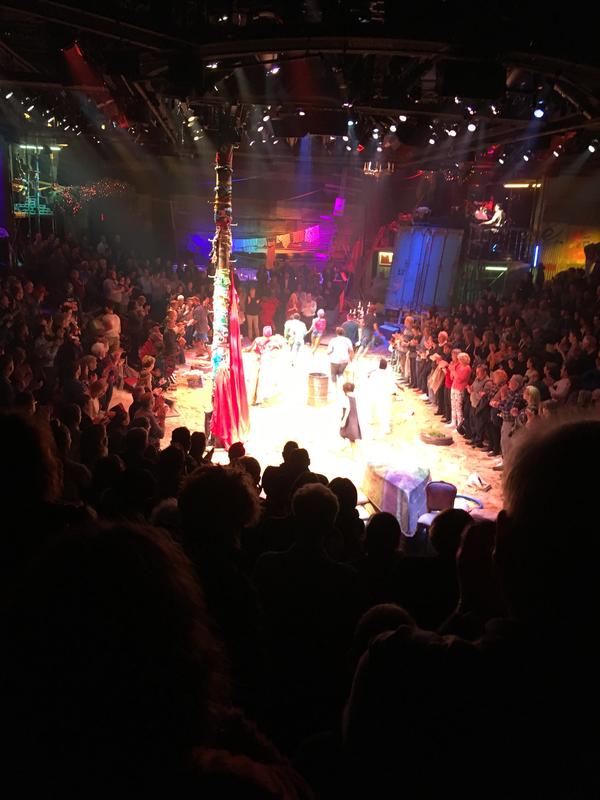 Once on this Island and My Love, My Love; or The Peasant Girl in conversation

Once on this Island and My Love, My Love; or The Peasant Girl in conversation 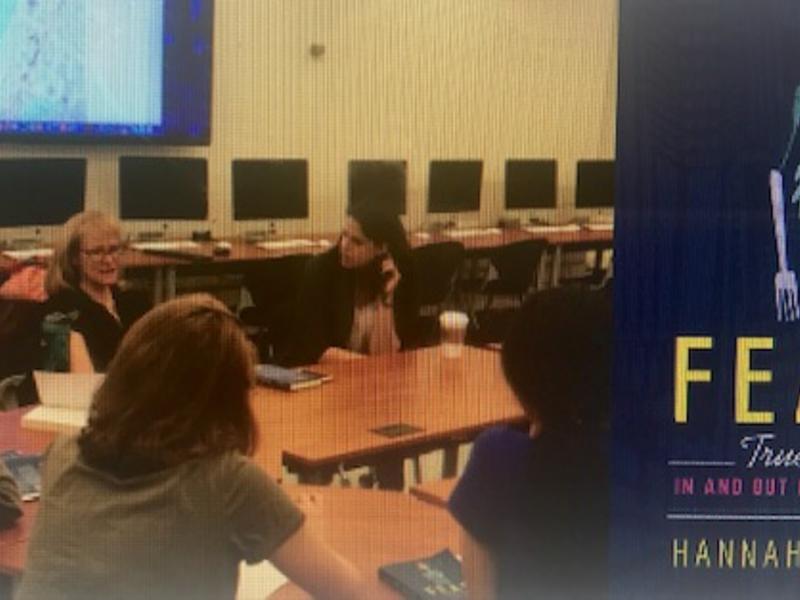 I sit writing this blog post in the Hungarian Pastry Shop on 111th and Amsterdam. As someone with a notorious sweet tooth, I know that working here would be absolute torture. Before reading the memoir Feast by Hannah Howard, I would have had a difficult time imagining someone with an obsession with food being able to work in food service. Yet Howard’s story manages to flesh out this life; a life dictated by an obsession with food rooted in an all-consuming eating disorder. Ironically, her experience that seems to have such a natural meeting point (as seen after reading the memoir) was a point of criticism of her book by publishers. Howard said the relationship between the two (obsession and service) was inevitable; when you’re deprived of something, you want more of it.

As students, my fellow scholars and I were stunned knowing such an eventful memoir happened between the ages of 18 and 26. When asked if she knew her experience in the moment was worthy of story-telling, Howard said it was unfathomable. Her years of struggle with an eating disorder were something she couldn’t bear telling her closest friends, let alone the world. This comment sparked interest among the group. In an age where every personal thing is shared on social media, expectations for the perfect body image have sky-rocketed. Stories of personal struggle with disorders as well as friend and familial struggle with disorders were shared by both adults and students. We know the standards are impossible, but it makes us want to achieve it even more. I cried telling the story of a close friend who struggled with an eating disorder and still bears the scars. I know she’s healing, but I’ll never know if she’s fully healed. I’ll never ask.

And I, one of many who has struggled with body image. Being so terrified to gain weight that I had nightmares of my fingers bloating. When I did gain weight, my clothes would fit me better. I looked better. And yet I would let my stomach grumble, so my waistband would loosen again.

Our talk with Hannah Howard as well as with the female group made me realize the extent to which people are haunted by food and their own bodies. I left with a lot of food for thought (pun intended). The next day was the start of Thanksgiving Break, the start of the biggest feast of the year. 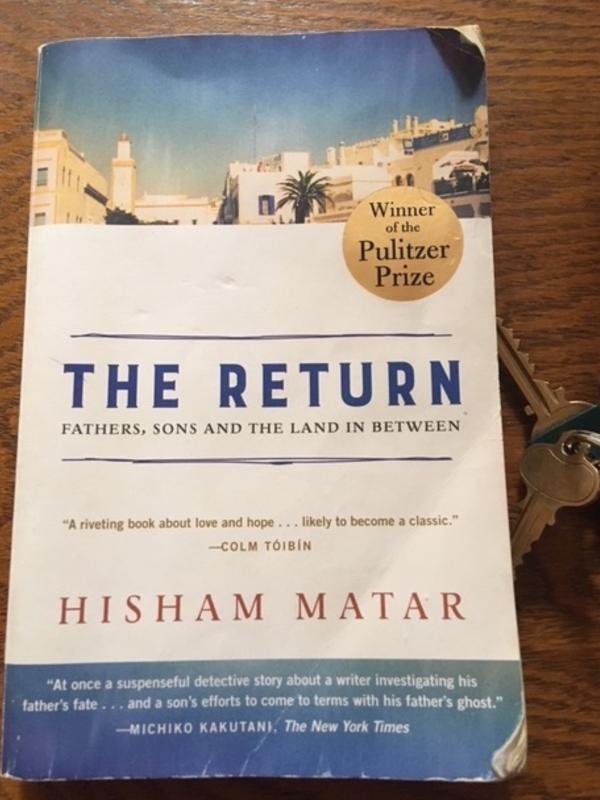 At our second scholars meeting of the year under the dim light of a humid September afternoon, we all gathered around a Harkness table to discuss Professor Hisham Matar’s latest book, The Return.

Professor Matar is The Weiss International Fellow in Literature and the Arts & Adjunct Associate Professor in the English Department here at Barnard. He has written two other books in addition to the Return, In The Country of Men in 2006, which was shortlisted for the man booker prize among many other awards and The Anatomy of a Disappearance, which reached great acclaim in 2011. His work has been translated into 30 different languages. All of his work focus on exile, whether with fiction or nonfiction and the cultural power it can have on an individual. He is also the founder of the International Artist Series here at Barnard.

Our conversation began on the topic of one’s homeland, serving as the golden thread of our meandering and remarkable discussion. The Return is a work of literary nonfiction in which Profesor Matar returned to Libya for the first time in 30 years and for the first time since the disappearance of his father. When asked about how he feels about where he is from and what his heritage means to him he responded by explaining that such a thing cannot be articulated; it is a feeling, not a collection of words. This served to be a theme throughout our group deliberation of what it means to be from somewhere and how that identity related back to his book and all that it means to him.

We also explored the singularity in which this text exists. It is a work of autobiographical literary non-fiction considering the Libya, Egypt, London, New York, family, art, history, culture, news, dissent, protest, patriotism and all concrete and abstract concepts in between. Professor Matar also spoke to the unique position of author and what implications it has. He spoke of how all of his books have started with “a feeling” and about the “beautiful failure” of language, the medium with which he has spent his life working in. He explained that with language you can never truly name the thing, otherwise it would be considered a “tyrannical gesture” of sorts. In short, author is not authority.

The different ways in which this book manifested itself occurred to Professor Matar as a “natural occurrence of knowledge” there was no impressing to be done. The beauty of the text is that there exists no such barrier between man and art, something that Professor Matar expressed about himself and that he needed to “foster this appetite” for the purpose of the book. Julie prompted us all to consider to restrictions and barriers that exist for people to such art, to which Professor Matar responded saying that we cannot give up and we should be pushing young people to be the opposite of specialists. We should all be exploring everything.

The buzzing coming from Ellen, Paige, second-year scholars and first-year scholars alike was one of curiosity at the text and at the individual we had the chance to hear from first hand about the power of language, writing, and the homeland. It was an inspiring afternoon and one of many to come. 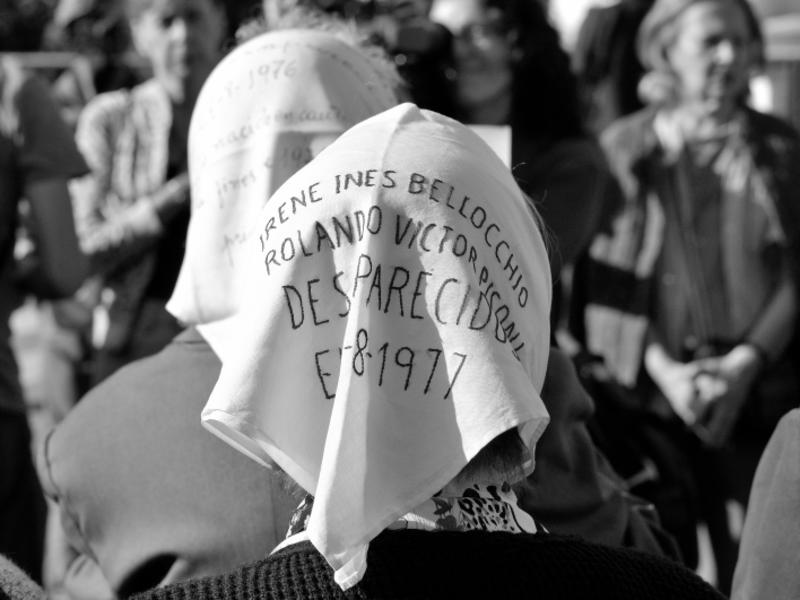 Discussion with Zoë Crossland on the Desaparecidos 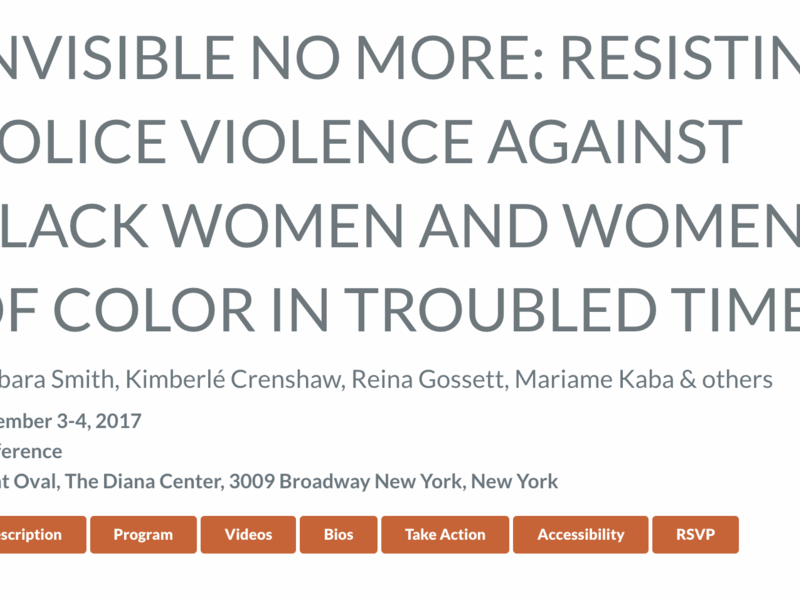 Invisible No More: Resisting Police Violence Against Black Women & Women of Color in Troubled Times - From Combahee to Stonewall to Say Her Name & Beyond

On the evening of Friday, November 3rd, the seats of the Event Oval of the Diana were filled with people excited to witness the historic panel of giants within the Feminist Movement such as Barbara Smith, Reina Gossett, Kimberlé Williams Crenshaw, Mariame Kaba, and Robyn Maynard; all gathered as a part of the Invisible No More conference to discuss the issue of police violence against black women and women of color during the current political and socio-economic climate. 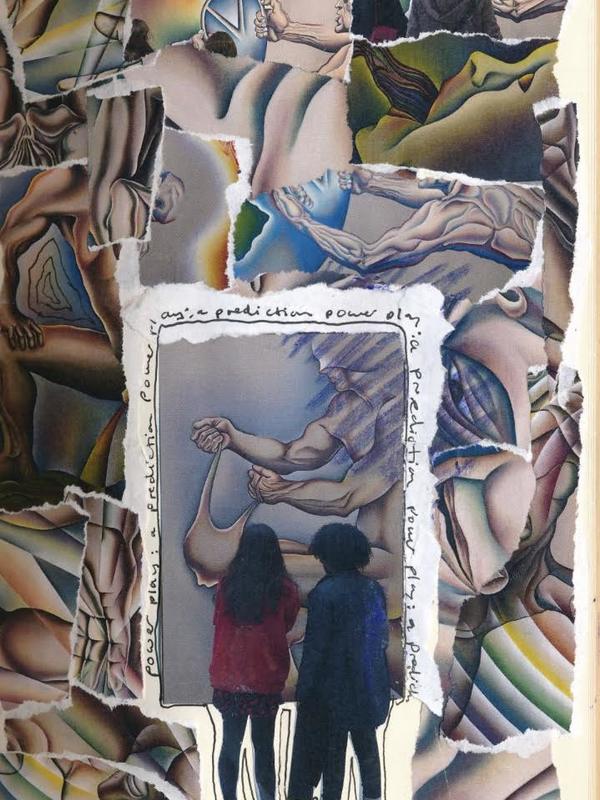 As we all descended the steps of the Salon 94 gallery steps it felt as if we were entering some sort of inner sanctum. 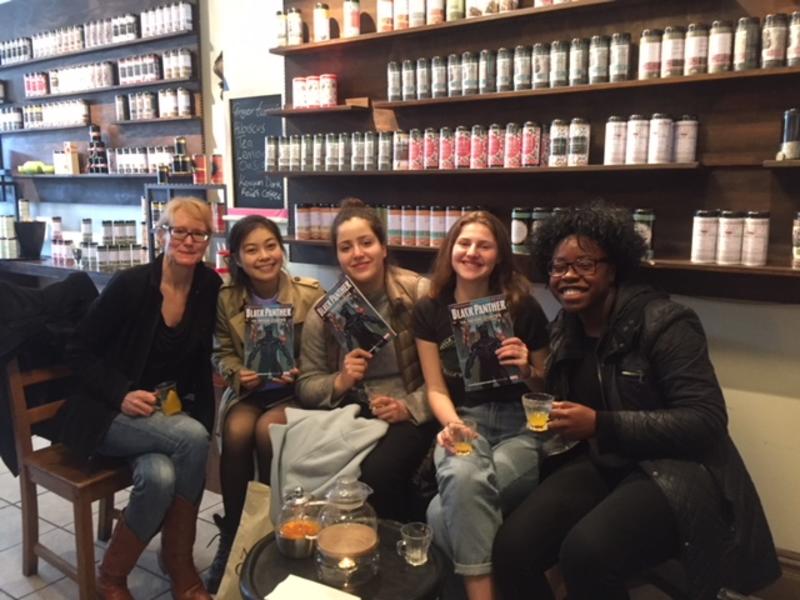 Thinking through Marvel's Black Panther in its different imaginings

After we attended the Ethno-Graphics panel in October, we wanted to another opportunity to read graphic novels in an academic setting. The question I pitched immediately after the panel: how exactly do you or should you read a comic book as a scholar? In February, as a follow up to that question, we read Marvel’s Black Panther: A Nation Under Our Feet (Book 1), written by Ta-Nehisi Coates and illustrated by Brian Stelfreeze as an accompaniment to watching the movie (to clarify— the movie was not based on Coates and Stelfreeze’s rendition of Black Panther). 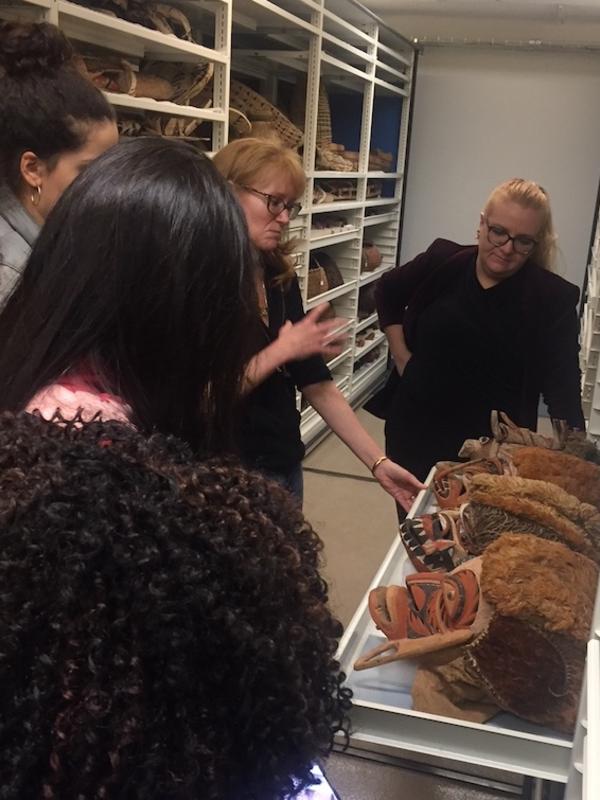 Behind the scenes at the American Museum of Natural History

Early December, we received an amazing opportunity to go behind the scenes at the Pacific Collection in the American Museum of Natural History. We were greeted at the entrance by Jacklyn Lacey, Museum Specialist in African and Pacific ethnology, as well as Rose and Roseanne, visitors and fellow scholars from Papua New Guinea. 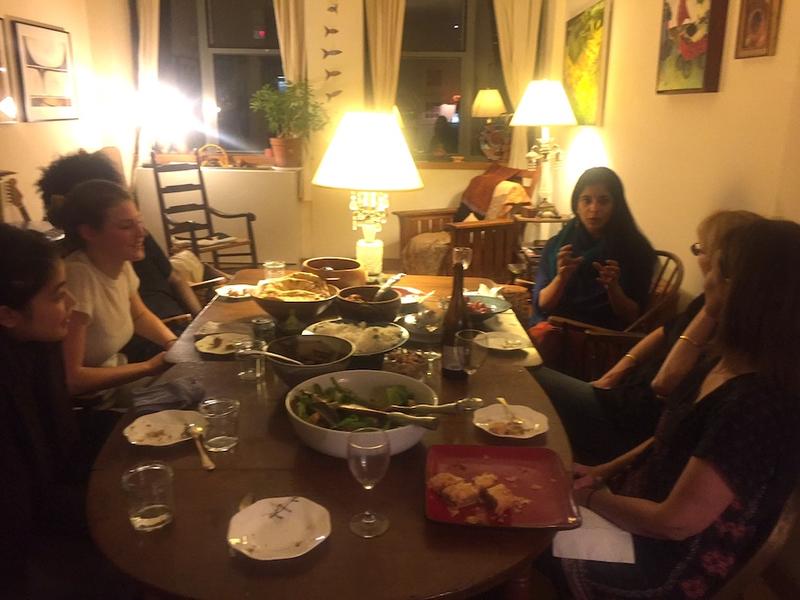 A theatrical dinner at Ellen's! 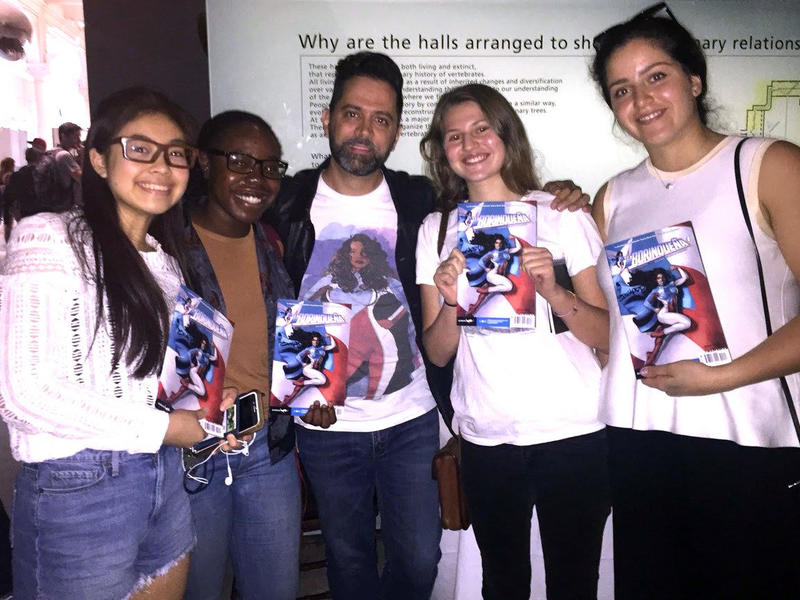 Experiencing the Arts of the Contact Zone: “Ethno/Graphics” at the Museum of Natural History