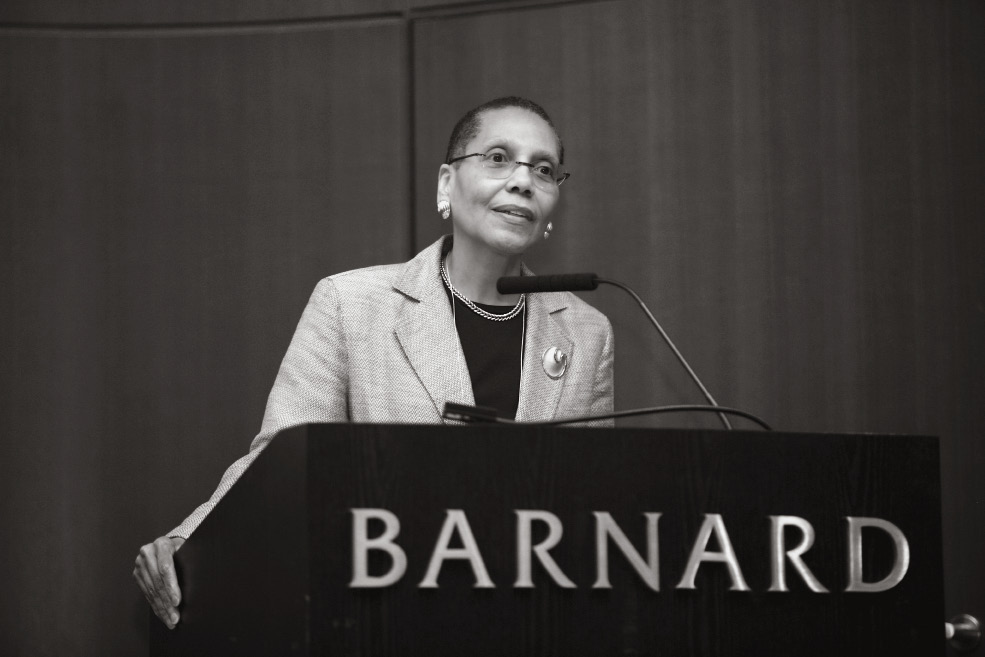 Abdus-Salaam, who was born in Washington, D.C., was a force in the legal profession. She started her career at Brooklyn Legal Services after graduating from Barnard with a degree in economics and earning her law degree from Columbia Law School in 1977. She went on to the New York State Attorney General’s Civil Rights Bureau, and later served as general counsel of the NYC Division of Labor Services, enforcing fair employment laws.

In 1991, she was elected to the New York City Civil Court. In 1993, Abdus-Salaam became the first female Muslim judge in the United States when she started serving on the State Supreme Court. Following her reelection to that court in 2007, Governor David Paterson appointed her to its appellate division, where she served until Governor Andrew Cuomo named her to New York’s highest court, the Court of Appeals, in 2013. She was the first African American woman to serve on that bench.

In a 2012 profile in Columbia Law School Magazine, Abdus-Salaam was asked what made her a good judge. “I think people consider me to be a judge who listens and gives them a fair shot,” she said.

Throughout the years, she often shared her experiences with Barnard students and alumnae. She served on the Awards and Fellowship Committees of the Alumnae Association and attended events on campus, including reunions, Alumnae of Color dinners, and gatherings for newly admitted students and the Barnard Organization of Soul Sisters. In 2014, on the occasion of her 40th reunion, Abdus-Salaam was the recipient of the Distinguished Alumna Award.

Abdus-Salaam is survived by her husband, Gregory Jacobs, a minister at the Episcopal Diocese of Newark.