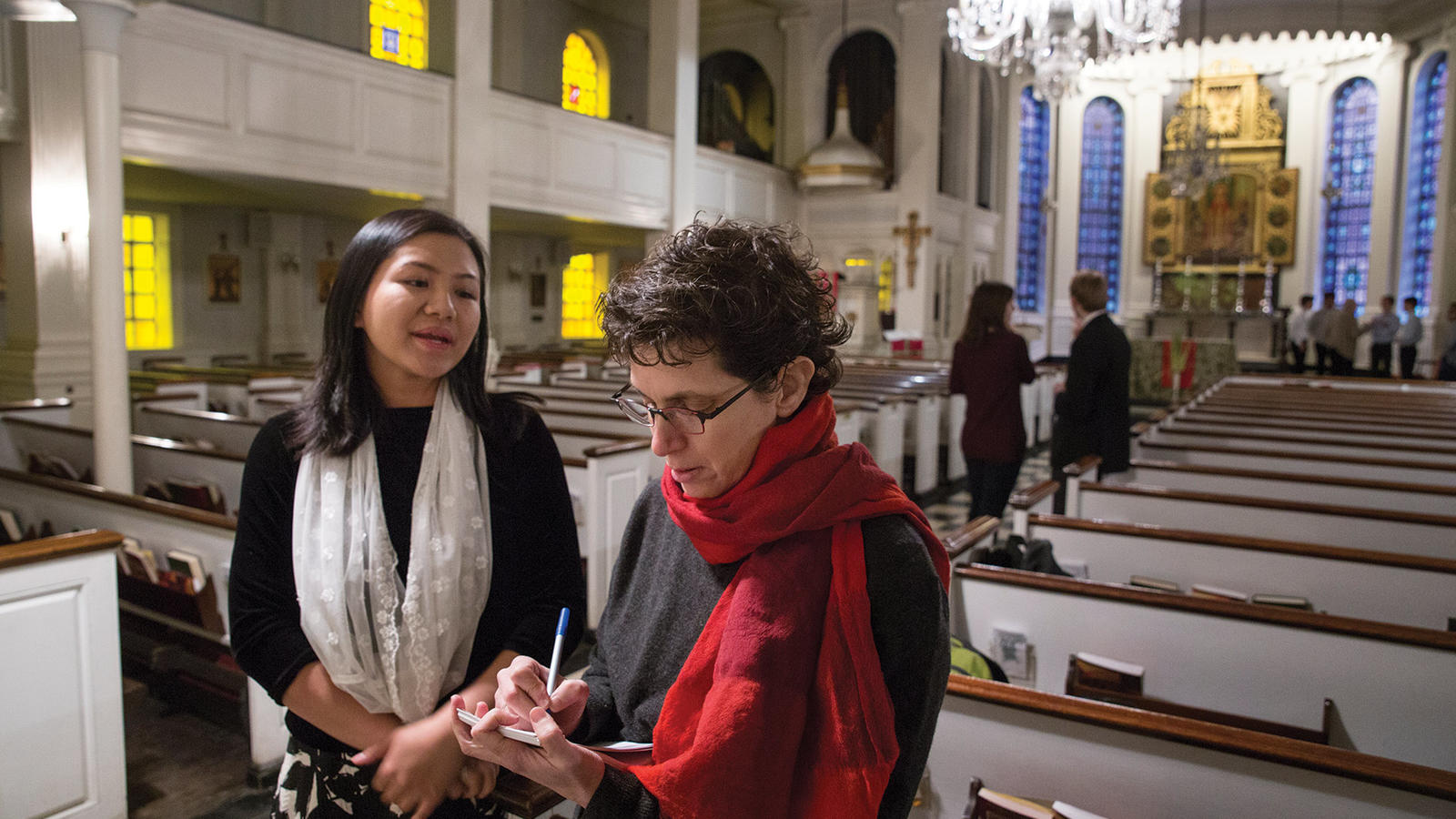 A lot has happened recently in our nation’s political life—events that may have effects for generations to come. Among them, the midterm elections took place this November, after this Magazine went to print.

Each of us, no doubt, has our own opinions about current political events. But one thing is certain: Regardless of where one falls on the political spectrum, we know how important it is for women to become involved in politics at the national, state, and local levels.

In this regard, Barnard alumnae have often led the way. As far back as 1945, Helen Gahagan Douglas ’24 represented California’s 14th Congressional District in the U.S. House of Representatives, one of only nine women in Congress when she began the first of her three terms. She championed civil rights, labor rights, and other progressive causes. In 1979, she received Barnard’s Medal of Distinction “for instructing us in citizenship, in responsibility, and in service to ideals and country.” You can learn more about Gahagan Douglas and other alums who’ve won elective office in our story “Called to Serve.”

Similarly, we’re honored to profile Mae Yih ’51, the first Chinese American in our country’s history to be elected to a state legislature. She began her career in elected office, as many women do, on the local school board, in Albany, Oregon. From there, she spent twenty-six years as a highly respected member of the Oregon state legislature, and credits Barnard’s Dean (and later President) Millicent McIntosh for her involvement. “Use your education and be involved in the decision-making process for the benefit of your community,” Yih remembers Mrs. Mac telling students at weekly assemblies. Mae Yih has done just that.

Politics is not all this issue is about, though. Indeed, we’re proud to feature a striking photo essay about the religious lives of Barnard students. The idea for this article took root more than two decades ago, when I was a grad student at Columbia and came across the street to visit the Barnard sukkah—a temporary structure with a roof made of natural materials. Jews eat and spend time in sukkahs to observe the autumn holiday of Sukkot, which celebrates the harvest and commemorates the Jewish people’s wanderings in the desert after the exodus from Egypt and slavery. As an apartment dweller with no place to site my own little sukkah, the one at Barnard, located back then on the lawn near the McIntosh Student Center, was a place where I experienced great joy—something we’re commanded to do on the holiday, as it happens.

When I came back to the College last year as editor of this Magazine, I remembered that sukkah and wondered about religious life on campus today—what is it like, and how do students experience and enact it? After all, the sukkah, now located in the Quad during Sukkot, is hardly the only form of religious expression on campus. Young women sport hijabs in an array of colors, some of them bold, some demure. Students unconsciously tug at the thin crosses they wear around their necks. Flyers advertising religious services of all kinds flutter in the breezes on outdoor bulletin boards.

Last fall we reached out to the diverse array of religious groups on campus and spoke with and photographed students who responded. With great openness, they told us about how their beliefs and traditions influenced their experiences at the College and how Barnard, in turn, impacted their religious lives.

Politics and religion: two subjects one is supposed to avoid at parties, family gatherings, and presumably, in alumnae magazines. I’ll remember that for next time.

Send me your comments: lgalst@barnard.edu