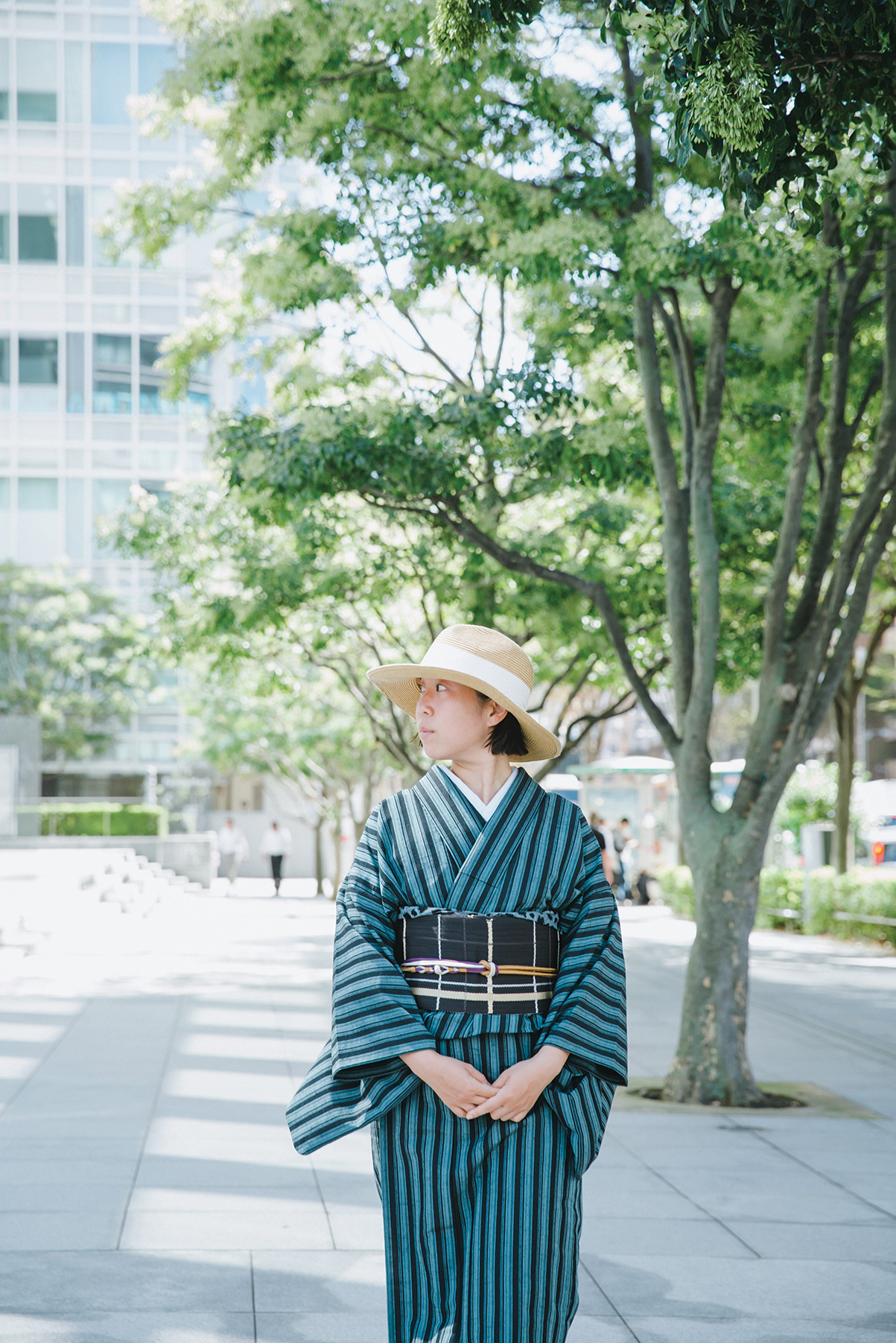 Food and Japanese culture have always been central to the life of Momoko Nakamura ’04. Her formative years were split between Tokyo and Portland, Oregon. She says that even when she and her Japanese-born parents were living in the U.S., their home felt like Little Japan. “My dad read Japanese newspapers, we ate Japanese food, and most of the television we watched were Japanese shows that our cousins and grandmother recorded on VHS tapes and sent to us,” says Nakamura. She especially loved watching food-as-entertainment shows — ranging from cooking-to-camera shows to programs with comedians, actors, or competitions — which first became popular in Japan in the 1980s and ’90s.

Nakamura arrived at Barnard knowing that she wanted to create food shows. While majoring in economics, she interned at media companies, including with NBC’s Today Show and at Lifetime, where she gained skills in production and operations. “It was kismet because just as I was graduating Barnard, Food Network was looking to create an American version of the show Iron Chef, which originated in Japan,” she says. She joined the team that created a format to appeal to American audiences and then helped the network launch in more than 100 countries throughout the world.

“My greatest takeaway from Barnard was meeting and interacting with women from all walks of life,” says Nakamura. She delighted in eating the Indian food her Indian-American roommate’s mother brought from Queens, the Korean food sent via FedEx from the mother of another friend in Los Angeles, and the meals cooked in the dorm by an Israeli classmate. “Barnard was a mini U.N. where I was quickly introduced to foods from around the world.”

She moved to Tokyo five years ago, after traveling around the world with the Food Network and as a co-founder of Porter and Sail, a digital concierge for boutique hotels. “Growing up and as an adult, my heart was in Japan, and what nurtured me — the food — was in Japan, too.”

To create a life that would feed her soul, Nakamura developed projects that melded her skills as a multimedia food consultant and storyteller, enabling her to “share the learnings from the Japanese countryside with the world.”

But, first, she needed a way to identify herself professionally — a title-meets-brand that encompasses her projects around cultural conservation. “In Japan, there is a very strong culture about exchanging business cards when you meet; people want to see your title,” she says.“So I named myself ‘Rice Girl.’”

One of her primary focuses is raising awareness of traditional natural rice farming practices. “Japanese people are incredibly discerning about the food that they eat and what they drink. But when it comes to our daily rice, people don’t know the details about it,” says Nakamura.

To help Japanese consumers become more discerning, Nakamura launched a subscription rice service in 2017, featuring more than 300 varietals. “I share with consumers the faces, names, and personalities behind the harvest because I roam the Japanese countryside hearing the farmers’ stories,” she explains. “I blend the rice according to the Japanese micro-seasonal calendar, showcasing the depth and breadth of the varietals.”

Rice Girl also offers tours and retreats, a YouTube channel, and a consultancy helping people and businesses connect with Japan. In 2019, Nakamura published Plant-Based Tokyo, a guidebook to vegetarian restaurants, which tells the stories of the chefs creating the food.

“By digging deeper into each of our individual cultures, we are able to interact with one another in a much more layered way,” says Nakamura. “I am speaking about food, our grandmothers’ kitchens, and the Japanese countryside, but what fuels me is that this can lead to a greater understanding among people throughout the world.”

You are vital members of our alumnae community.