Jenna Matecki ’11 captures the spirit of cities via postcard 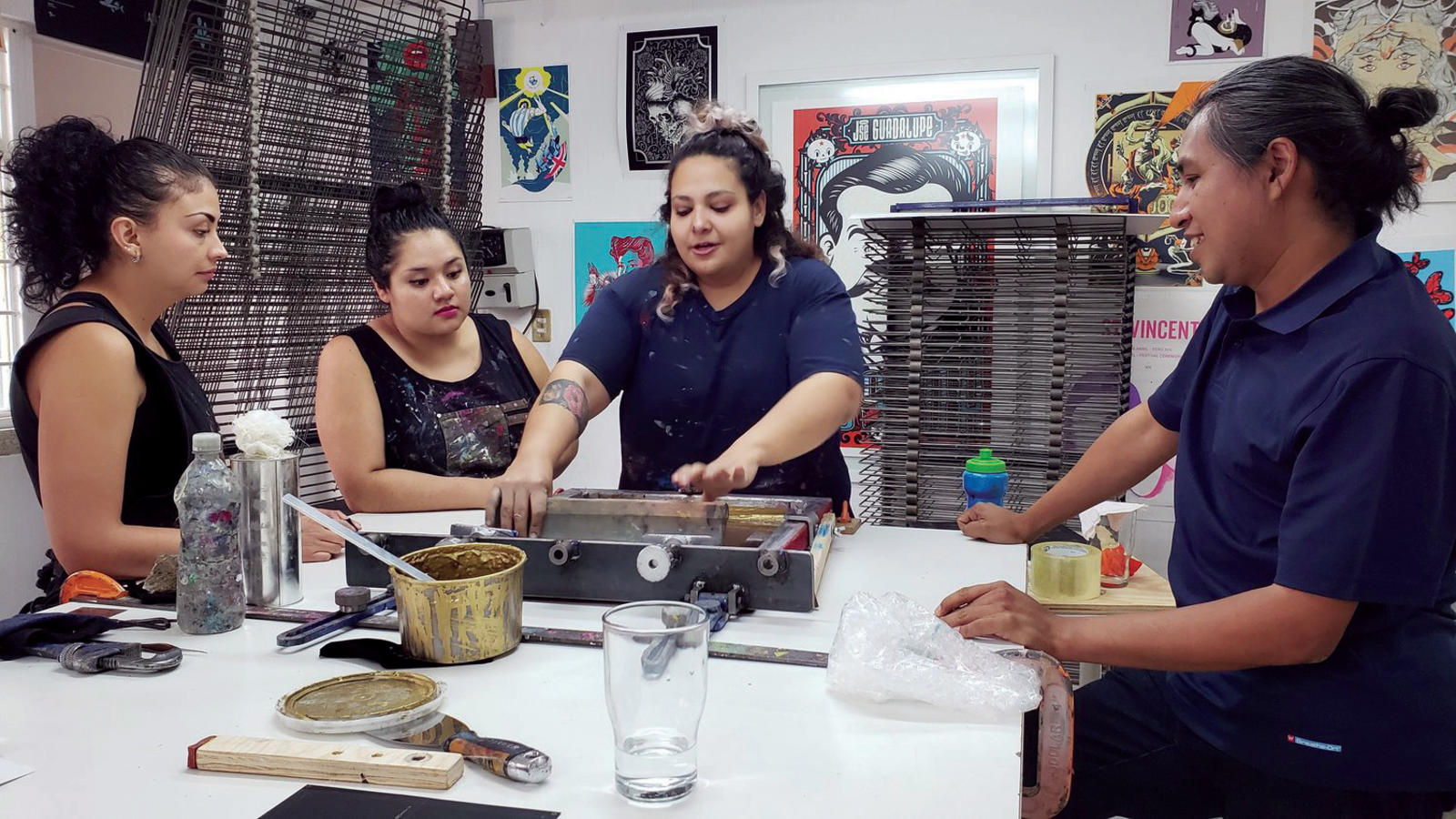 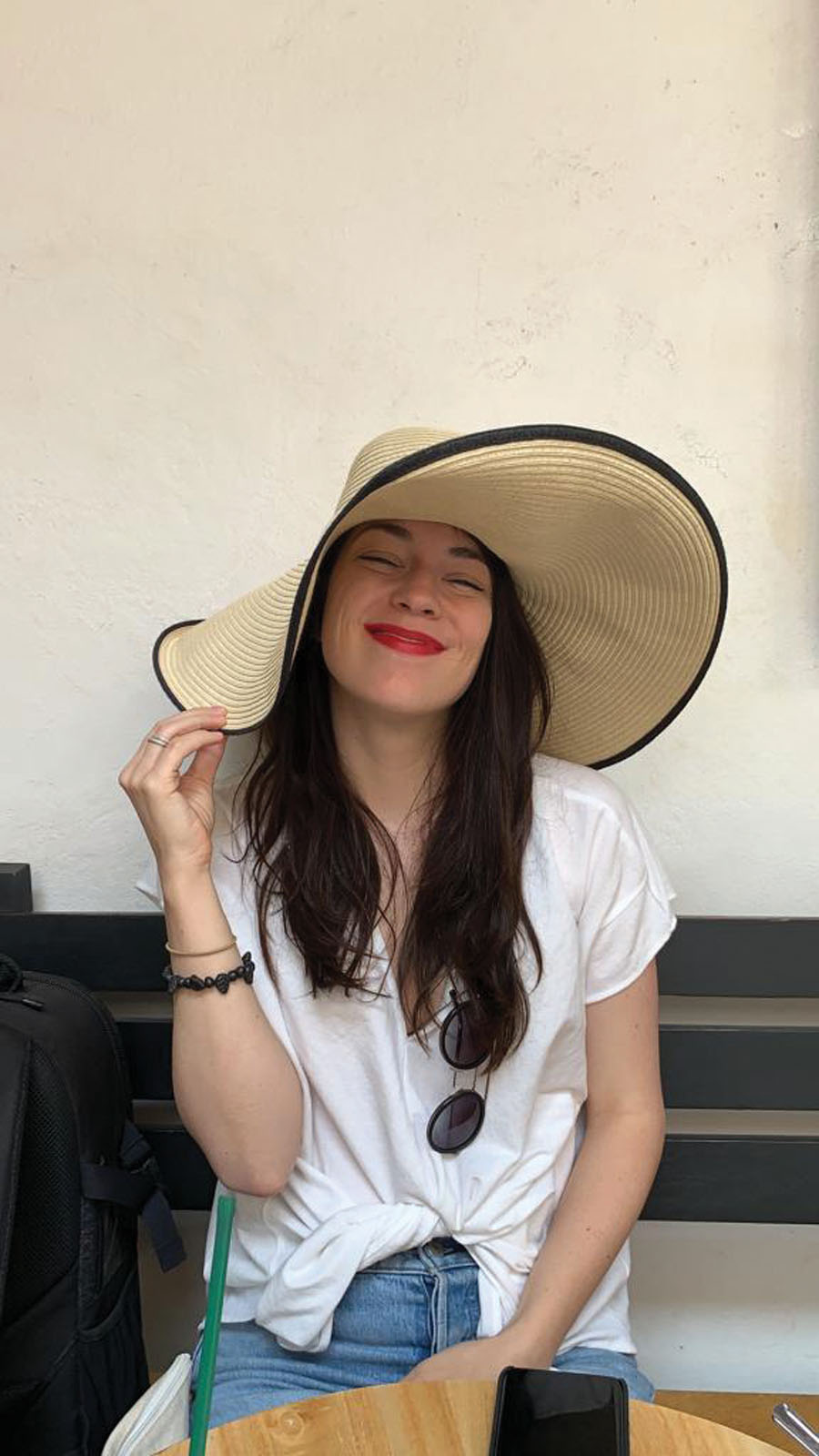 In 2018, Jenna Matecki ’11 put nearly everything she owned into a storage unit in Brooklyn and boarded a flight to Barcelona. Since then, she’s lived in seven cities around the world, from Buenos Aires to Tokyo. She’s danced with friends on a balcony in Barcelona’s El Born neighborhood, learned to play guitar from a mariachi band member in Mexico City, and taken a summer drawing class outdoors on the streets of Berlin.

Matecki documents her travels through a project called Postcards From Jenna, a book of stories written in poetic fashion postcard-by-postcard and illustrated by local artists Matecki meets by chance in each city. Anyone who signs up on her website receives limited-edition cards from Matecki in real time as the book is written.

"It was always a dream of mine to travel for an extended period,” Matecki says of the inspiration for the project. “My first goal with this, as always, [was] to keep in touch with people I love.” Before leaving for Barcelona, she had gathered addresses from loved ones to stay connected via postcard. She found herself writing much more than she had planned, and when a new friend in Spain, Mariano Pascual, offered to illustrate her writing, something clicked.

“I realized that for the next city I could find a local, kindred spirit illustrator like Mariano and work with that person to not only illustrate the stories from that city for the website but also design a limited-edition postcard that would be sent to anyone who wanted one,” Matecki wrote of the process. Since then, she’s collaborated with a number of local print shops and artists, including a third-generation hanko (“seal”) carving artist in Tokyo, an illustrator-cum-printmaker in Mexico City, and a Berlin-based designer and watercolorist.

Soon, what had started as away to keep in touch with friends and family grew into a network of recipients in 46 different countries. Matecki spends about three months in each city, producing 19 illustrated editions. The postcards contain stories that are across between poetry and what she calls “epistolary narratives,” capturing spontaneous moments, observations, and experiences informed by her far-flung adventures.

Matecki’s peripatetic life is not without its behind-the-scenes planning. In 2014, she founded her communications business, Matecki & Co., which enables her to work remotely. She creates brands, content, and messaging for companies like Samsung and Sora, a Japanese landscape architecture firm. “Balance looks like making sure I know which time zone my colleagues are in, and drinking lots of caffeinated tea for the occasional 5 a.m. or 11 p.m. call,” Matecki says. “I wouldn’t have it any other way.” 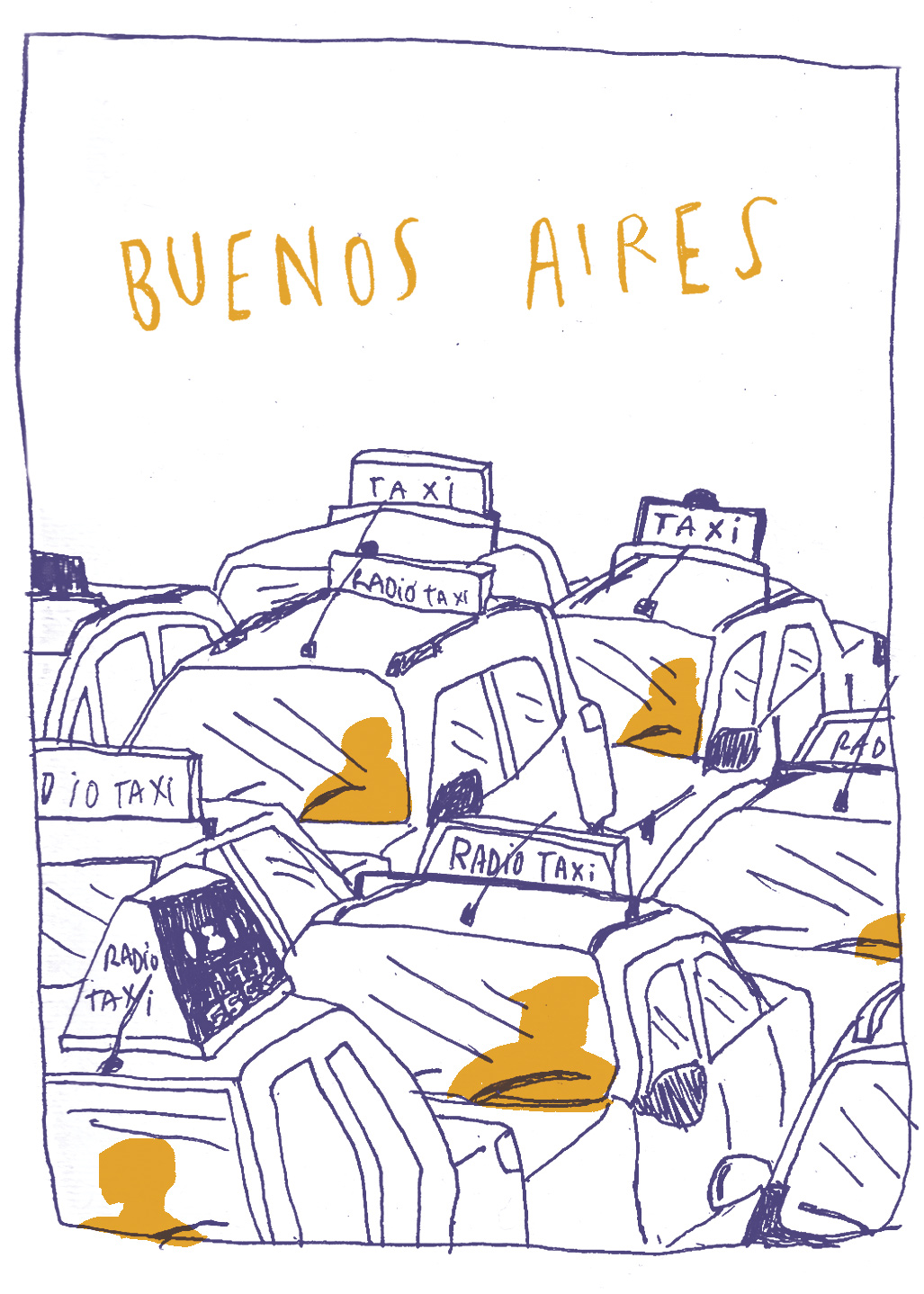 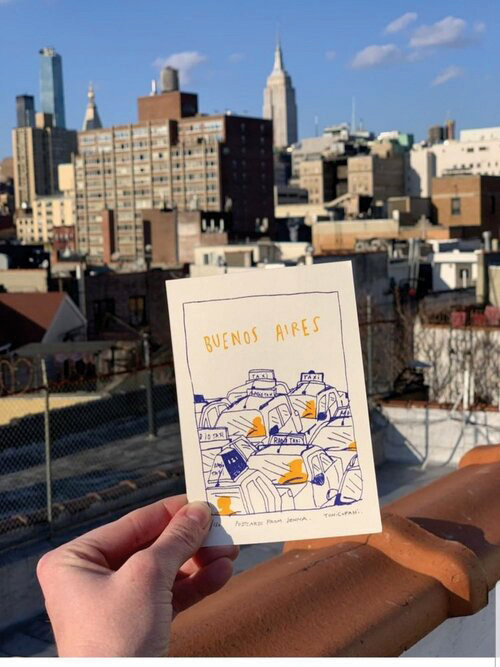 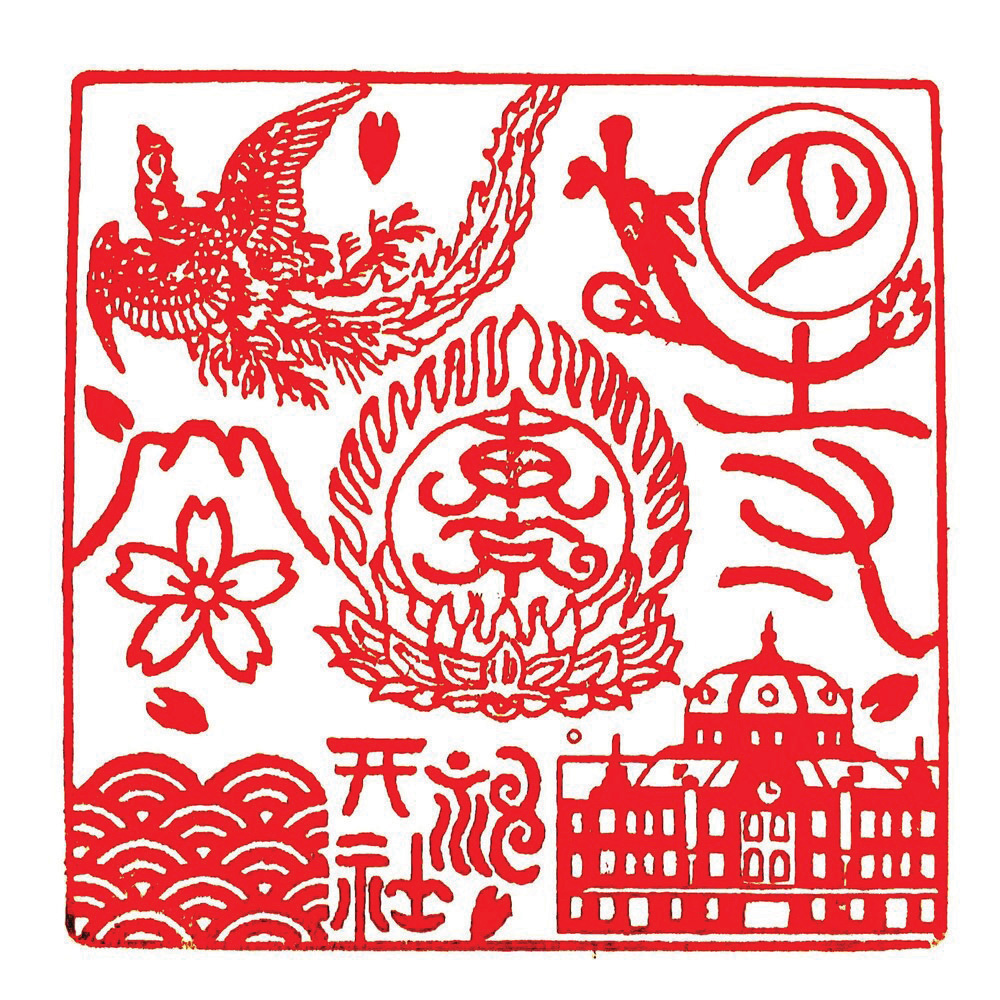 Worldwide travel goes hand in hand with Barnard’s network of more than 36,000 alumnae. “A Barnard friend visited Mexico City while I was there, many Barnard women are on the list for postcards, and during the few times I’ve been back in New York City I’ve always grabbed drinks with my favorite Barnard professor,” Matecki says.“I love Barnard more than I can say. It is such a special community to be a part of.”

When her travels were halted by the COVID-19 pandemic in February, Matecki extended her stay in Vancouver. “I don’t know yet precisely how this will impact the project, but I am sure I’ll keep it going, in some form, somehow,” Matecki told Barnard in May. “We’re entering into a new world. And we all can’t forecast what it’s going to look like.” 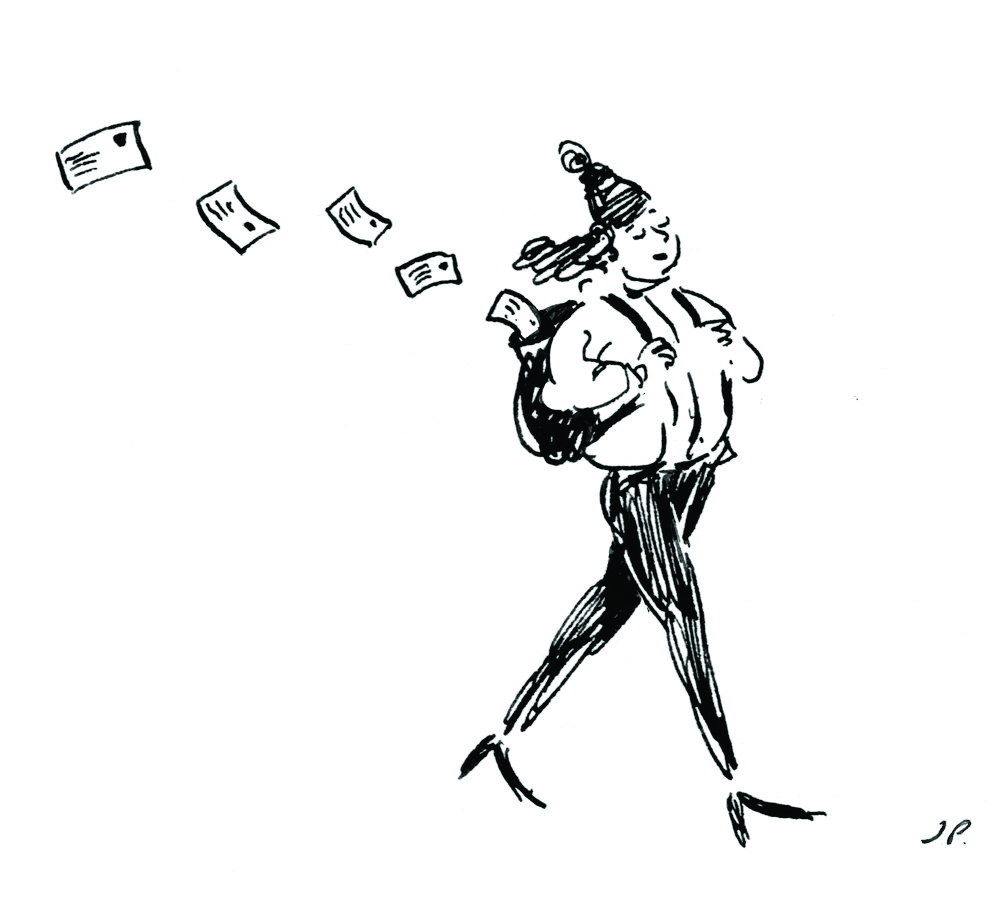 She sent out the Vancouver chapter in mid-August and has recently posted up in Amsterdam, which was the subject of a previous set of poems. As travel advisories continue, Matecki promises that the project isn’t ending, just evolving. For now, anyone can still sign up for the mailing list at postcardsfromjenna.com. Long term, she’s hoping to publish her travel stories alongside the postcard illustrations in a “giant, colorful book.” That said, Matecki adds, “I don’t think [the project will] ever be ‘finished.’ The book is a goal, but this project is quite literally my life.”

You are vital members of our alumnae community.