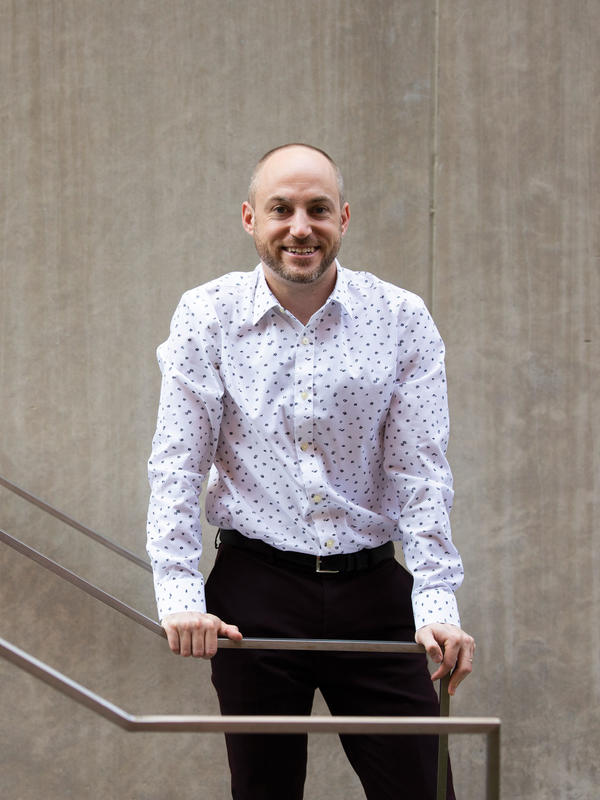 Everyone’s career tells a story. Of ambition and confusion; of success and failure; of geographic preferences and life-changing relationships; of red herrings and account managers named Gary that clip their nails at their desk; of scary decisions related to money and power. Of happiness and its opposite.

As a career advisor and Dean of Beyond Barnard — the College’s center for integrated career support — my job relies on an ability to help people tell different versions of their story to potential employers, to their families and friends, and very often to themselves. Ironically, it’s the part of the work that people least expect to do when they first sign up for an hour’s worth of advising. But getting to know those stories, and having a role to play at consequential plot points, constitutes the privilege and fun that makes the job worth doing. Individuals often don’t see their career as a cohesive narrative. Instead, they describe a series of jobs, suggesting that they have stumbled through a tangle of decisions made on the basis of sundry inputs (economic, intellectual, idealistic, familial, romantic, and lots of others).

To which I typically respond, “How does this differ from anyone else?”

From the outside, even people who seem to have a perfectly cohesive career narrative will tell me their work life has been an inchoate mess. Understanding one’s career always involves acts of reverse narrative engineering. No one writes these stories in real time. It takes distance and perspective to connect disparate dots and to reflect on the way that changing priorities have influenced one’s decisions. I say reflect, but what I really mean is: invent. At any given moment, one’s account of a career is a kind of useful fiction that varies depending on the audience. It’s a red thread whose ability to connect those dots relies on a capacity for invention.

Don’t let me get carried away with Ariadne metaphors. In this work, what I fear most is sounding like some kind of conference guru, with a headset mic, rehearsed gestures, and corny slides with sunsets on them that read (as I wave my hand slowly over the crowd) something like, “What’s your career story?” Make no mistake, there’s plenty of nitty-gritty work in this profession. Feedback on résumés and cover letters, LinkedIn profiles, interview best practices, and negotiation strategies remain the four-course lunch special on any career center’s diner menu.

For countless advisees that I have met in a decade, action-oriented, no-nonsense, tactical guidance has been the difference maker in their ability to find a job. I have revised résumés for consultants and artists, prepped career transitioners from financial services into advocacy, and from advocacy into financial services.

I once advised a literal magician who was also — this is true — a CIA agent. He was applying for (and got!) a job as a professor.

In that same decade, I developed an arsenal of one-liner advice nuggets on font preference (Garamond for life!), résumé page-length (even CEOs have a one-page version!), bullet points (squares are better than circles!), and the “tell me about yourself” question that leads off most behavioral interviews (if you’re still talking after 45 seconds, stop!). I’d wager that the majority of advisees believe that mastery of these skills comprises the challenge of finding a meaningful career.

But to engage in the harder and more abstract work of narrativizing one’s career trajectory so far — and to imagine where that narrative might lead — does way more to clarify one’s preferred direction than any job document printed on résumé paper (which, by the way, you should never use). I have found that anyone arguing that their list of 10 foolproof résumé tips will unlock happiness will gladly try to sell you something in their next breath (usually, it’s a book). People seem happiest when their work feels meaningful but is not the sole source of meaning in their life. An effective advisor can help reveal where, precisely, an individual’s career story fits into the rest of their pursuits — and then works to figure out which parts to share with an employer and which parts to keep for oneself.

Here’s my story as an example (he says, as the lights dim and the slides go up). I was not nearly as motivated or organized as an average Barnard student. For the first and only time, in the spring of my senior year, I visited my undergraduate institution’s career center — housed in the football stadium, a 20-minute walk from the center of campus. Six weeks later, I started a job selling advertising for a publication I had just learned existed, which mostly meant “cleaning out a supply closet filled with old magazines on the ninth floor of the Watergate building.” I was sleeping on an Aerobed in a Washington, D.C., neighborhood populated exclusively by what seemed to be J. Crew models who somehow didn’t sweat, and eating mostly peanut butter and jelly to save money. That October, to make rent, I cashed savings bonds that had been purchased to mark my birth.

One year and 11 months into my advertising career, I fled Washington for the University of Chicago to pursue a master’s degree in the humanities that cost more than a Lexus. On paper, it was a disastrous decision. I went for reasons that I now vehemently tell advisees are bad reasons. I hated my job. I was in a relationship that I couldn’t figure out any other way to leave. So I washed up on the shores of Lake Michigan like a reverse Gatsby seeking my academic fortune in the Midwest.

When I finished the M.A., I became a career advisor to humanists in the program. It made me mad to learn that so many of these brilliant people thought they were unemployable. So I got to work helping them translate their skills. Then I met a girl from the suburbs, and when she left for New York, I followed. Had I not made all those decisions, I wouldn’t be working at a College on a hilltop.

My story has gnarls, pockmarks, and twists too. How about yours?