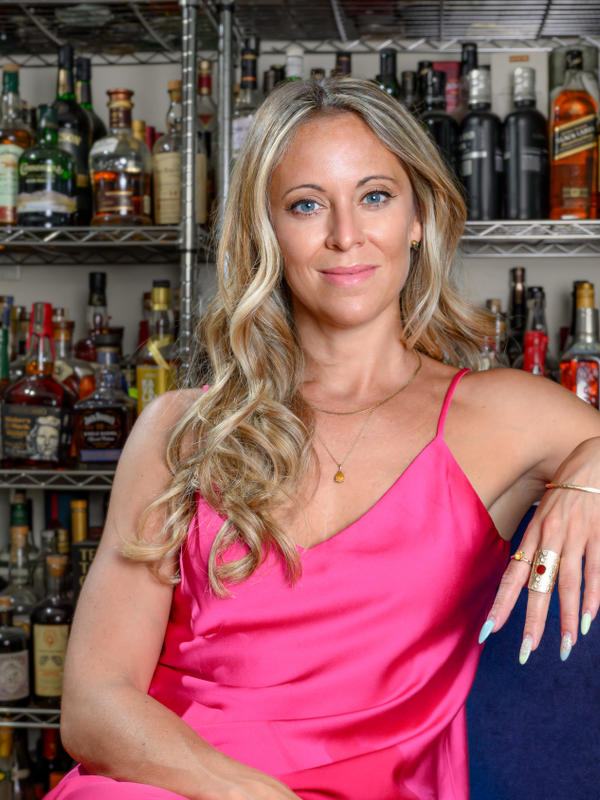 During her junior year, Pamela Wiznitzer ’07, a dual major in political science and modern Jewish studies, decided to enroll in a course at the Columbia Bartending Agency. “It just sounded like a fun opportunity,” she recalls. “I think I was always very interested in knowing how to make a really great cocktail, but I wasn’t invested [in it] as an idea of a career.”

By the end of the course, Wiznitzer had scored in the top 5% of students. Unbeknownst to her at the time, it marked the start of a professional trajectory, one that would soon put her at the forefront of New York City’s craft cocktail renaissance in the early 2000s — a new era of speakeasy-inspired bars, silver cocktail shakers, and most notably, artisanal drink menus that stood out as much for their creativity as their nostalgia for the cocktail culture of yore.

After graduation, Wiznitzer worked in event management and marketing and, on the occasional Saturday night, would guest-bartend. But then the Great Recession hit, and she lost her job. Through some friends, she found an “in between” gig at a sports bar in Murray Hill. The manager warned her the day shift would likely be slow, but she was undeterred, intent “to build up the clientele.” Two-plus years later, she had accomplished just that.

Wiznitzer’s timing happened to be spot on. Just as she was honing her craft, the city was experiencing “a second golden age of cocktails,” she says. But the mixology landscape was still male dominated. After reading a Time Out New York article about the best bartenders in which only one woman was featured, Wiznitzer thought, “I can be that woman who shatters that glass ceiling.” Soon, she launched a blog, Liquid Encouragement, and landed a position at the renowned cocktail haven The Dead Rabbit. The experience primed Wiznitzer for her next big role as the creative director for the Upper East Side bar Seamstress, where she designed an extensive cocktail program while leading her own team.

These days, Wiznitzer has her hands in many pots. As a beverage consultant, she collaborates with a number of brands and events, developing drink menus for places, events, and companies such as the Big Apple Circus, American Airlines, Pepsi, Weight Watchers, and Fashion Week. And she continues to work with the Cocktail Guru, where she’s been teaching mixology classes and doing team building since 2012.

Whipping up delectable cocktails remains an essential ingredient of the job for Wiznitzer, but equally important to her are the human interactions. “I really enjoy the opportunity to engage with every kind of person from every walk of life,” she says. “[In hospitality] you have the ability to create this incredible network and expose yourself to a world that would [otherwise] be closed off if you were sitting at a desk.”

Wiznitzer shares the recipe for the science-themed cocktail, “The Variable,” she created for the 2022 Barnard Gala below. 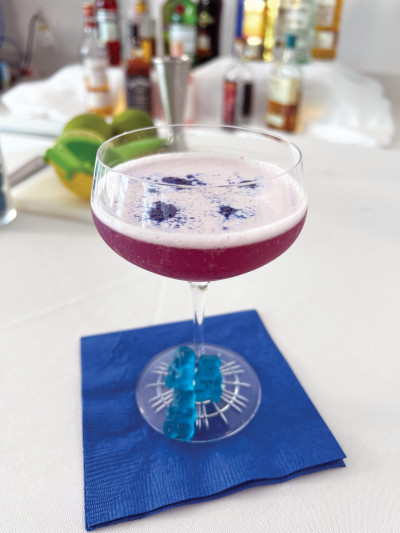 Combine all ingredients into a shaker tin with ice. Shake vigorously and strain up into a coupe. Garnish with a pinch of blue spirulina and/or blue gummy bears on the side.

* Infuse 8 oz. of vodka with 1 tbsp. of butterfly pea flowers. Stir and allow to sit for 10 minutes. Strain to remove flowers and then use the infused vodka. Does not go bad.

** Mix 1 cup each of pineapple juice and sugar and cook at a low simmer until sugar dissolves. Optional: For a little spice, add 2 cinnamon sticks to the mixture while dissolving 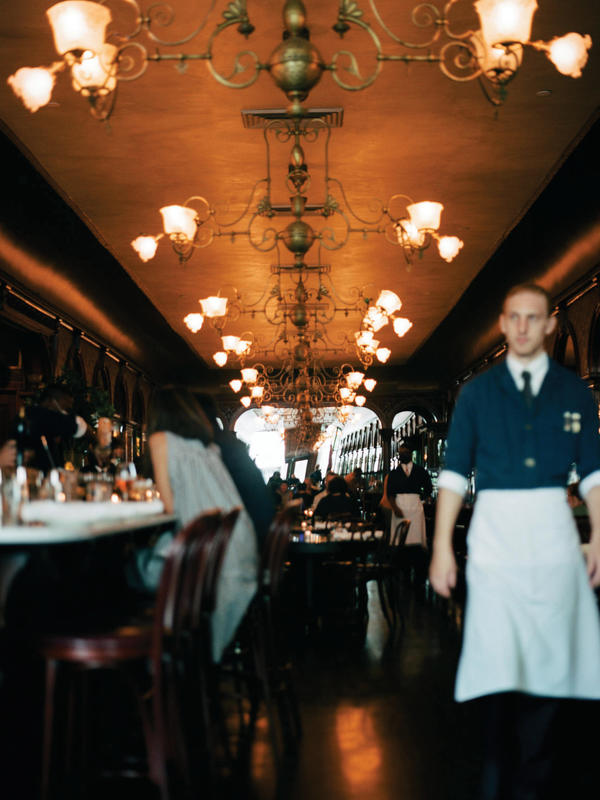 From Manhattan to the Bronx, these six alums are changing New York City’s food scene —  all while nourishing their local communities