This essay is adapted from Professor Robert A. McCaughey’s forthcoming book, a history of Barnard that draws on the College’s archival records and interviews with members of the Barnard community

By Robert A. McCaughey, the Janet Robb Professor of History 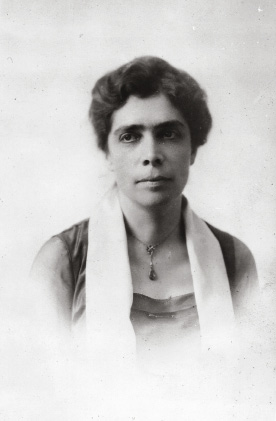 The situation of Barnard College in 1909, its 20th year of operation, was precarious. Annual budgetary deficits continued despite appeals to individual trustees. Doubts about Barnard’s long-term financial viability were given voice by Columbia’s aggrandizing president, Nicholas Murray Butler. As a Columbia College student, he had opposed President Barnard’s efforts to allow Columbia to admit women, but now that he was himself the president, his attitude had changed. President Butler wanted every educational entity within reach under the direction of the Columbia trustees, which is to say under his direction.

Even before Butler became acting president in 1901, Columbia had attempted to wrest control over Barnard by handpicking its administrators. In 1900, when Barnard’s first dean, Emily Smith Putnam, became pregnant and announced her resignation, only the insistence of Barnard’s most generous benefactor and trustee, Elizabeth Milbank Anderson, secured the reluctant permission from President Seth Low to replace her with another woman.

In 1901, the Barnard trustees elected 41-year-old Laura Drake Gill as their second dean. A native of Maine and a graduate of Smith, she had taught mathematics before becoming a Red Cross administrator during the Spanish-American War. Gill quickly became entangled in disputes with Teachers College dean James Earl Russell and Barnard trustee Annie Nathan Meyer, though Anderson shared her passion for the need for a dormitory, the better for Barnard to approximate one of the “country colleges.” Both were reluctant urbanites.

Gill and Anderson also shared a distrust of President Butler. They objected to his call in 1904 for the merger of Barnard’s registrar office with that of Columbia, to be led by a Columbia staffer. Treasurer George A. Plimpton nevertheless acquiesced in the interest of cooperation and economy.

A year later, President Butler complained to Treasurer Plimpton that Barnard was the “one part of the University that lags behind in the present advance.” He was equally direct in his criticisms of Dean Gill, whom he held responsible for souring Anderson on Columbia as an object of her benefactions. In December 1905, 14 Barnard alumnae sent an open letter to the Barnard trustees asking them “to consider the removal of Miss Gill.” Their concerns mirrored Butler’s: that “the college is not sharing in the general growth of the University; nor is it giving New York City the valuable service which it should.” They also saw Gill “imposing on Barnard the attitude of country colleges.” But their most damning indictment: “She is not a New Yorker.”

Gill’s resignation in December 1907 was received with relief on both sides of Broadway. Yet her departure only whetted President Butler’s proprietary interest in Barnard, and he installed as acting dean William Tenney Brewster. A Columbia PhD in English literature, Brewster had taught at Barnard since 1894. He worked well with Columbia officials and was Butler’s choice as Barnard’s permanent dean.

What followed was a four-year standoff between President Butler and a set of Barnard trustees, led by Anderson. In 1909, President Butler named Brewster to a newly created position, Provost of Barnard. By so doing, he signaled to the Barnard trustees that they could choose whomever they wished for their titular dean, so long as the academic and financial sides of the College were entrusted to Provost Brewster. President Butler also mandated that the student admissions process of Columbia College, Barnard, and the engineering school be consolidated into the Undergraduate Admissions Committee under the chairmanship of a Columbia-appointed director.

Meanwhile, President Butler vetoed several women the Barnard board proposed as dean. “I believe if I should find the Angel Gabriel, Butler would probably turn him down,” Treasurer Plimpton wrote to Anderson in June 1910. “I say let us select a dean after our own hearts.”

Two months later, on November 10, 1910, President Butler informed Treasurer Plimpton that he wished to have Alice Duer Miller designated as Barnard’s next dean. “She is a graduate of Barnard [1899], a New Yorker, born and bred, and a lady of distinction of both mind and person.” That she was married to a wealthy attorney, Butler assured Plimpton, was not a problem. He did not add that she was also the granddaughter of Columbia’s 10th president, William A. Duer (1829-42), and the great-granddaughter of Rufus King, a longtime chair of the Columbia Board of Trustees. She was also one of the alumnae who had called for Gill’s dismissal five years earlier.

When the Barnard board declined the Miller nomination, Butler issued a direct takeover offer. On November 18, 1910, in a letter to Treasurer Plimpton, he made the following proposal:

I want to put myself on record now as saying if Barnard College can be turned over bodily to the Trustees of the University, I will make myself responsible for raising the money to pay the outstanding debt of Barnard College.

The Barnard board promptly declined the merger offer. President Butler then suggested a compromise candidate for the deanship. She was 34-year-old Virginia Crocheron Gildersleeve, Barnard College Class of 1899, Columbia PhD (1908), and an assistant professor of English at Columbia. Her father, who was from an old New York family, was a personal friend of President Butler’s, and she gave every promise of continued alertness to Butler’s wishes. She was, as President Butler described her, “A Flower from Barnard’s own Garden,” and possessed academic credentials.

With Dean Gildersleeve’s installation in February 1911, Barnard finally had an effective and long-serving administrative leader. It also—for the first time but not the last—dodged the Columbia merger bullet.