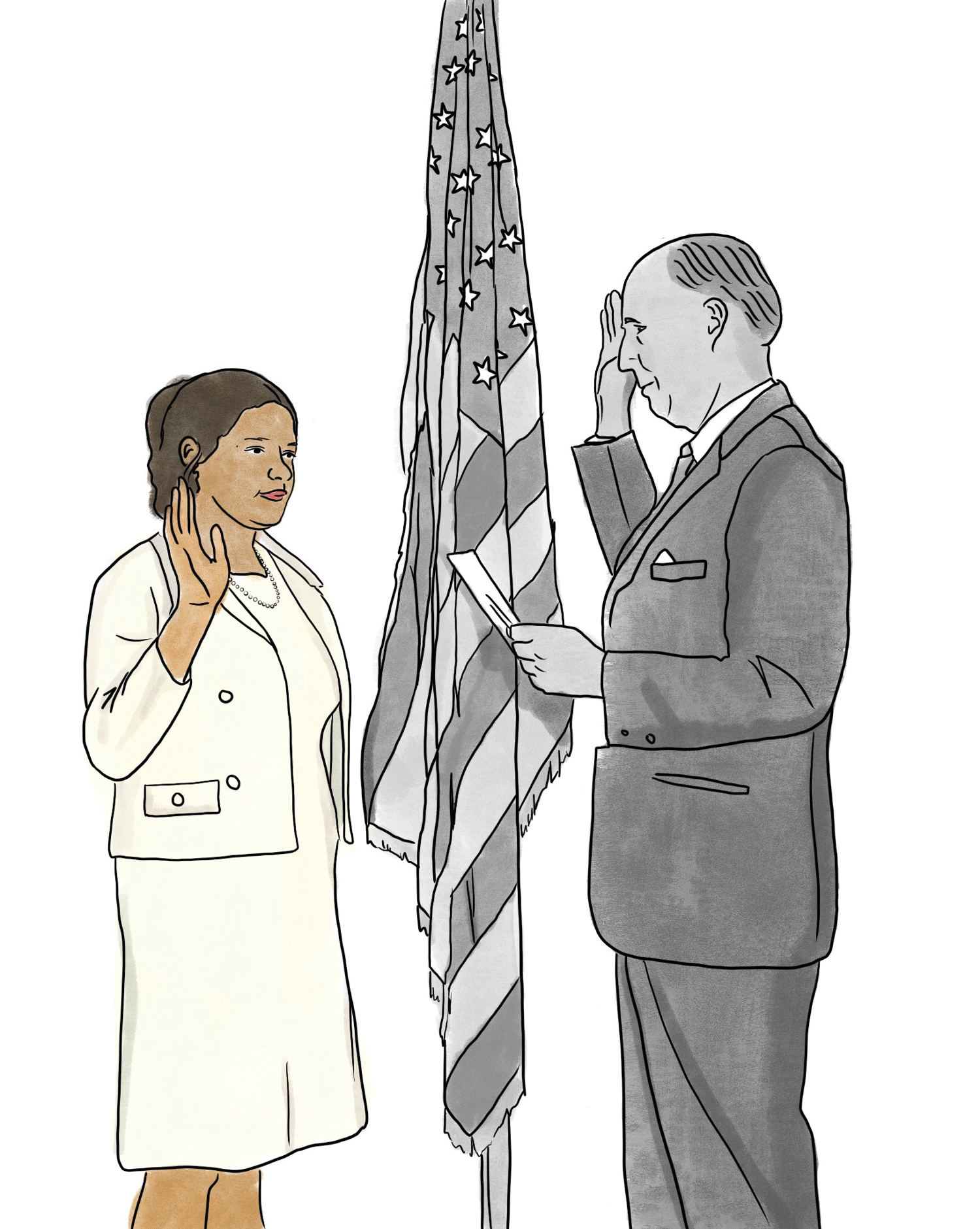 I remember her as a quiet classmate. But Barbara Ann Rowan’s accomplishments spoke volumes: She mastered multiple languages, became the first Black woman assistant U.S. attorney (AUSA) in the Southern District of New York, and founded an investigative consulting firm whose reputation in an ethically challenged field was one of enormous integrity. Rowan died last October in Arlington, Va. The cause, said her husband of 48 years, Harold W. Gossett II, was COVID-19.

After leaving Barnard with a bachelor’s in Spanish, Rowan began a master’s program at NYU in Brazilian area studies, passing the Department of State (DOS) exam and hoping for a career in diplomacy. But according to Lisa Zornberg, an eminent trial lawyer who interviewed Rowan in the summer of 2020, the DOS interviewer flatly stated, “You know we don’t hire women,” so Rowan left the master’s program and enrolled in the School of Law, studying at night and working full-time during the day as the foreign trademark coordinator for Richardson-Merrell, Inc.; her father had died, and she’d become the income earner for her mother and grandmother.

With a law degree, Rowan spent a brief time with South Bronx Legal Services before she and an NYU classmate opened a two-person shop in Greenwich Village handling whatever cases came their way. She eventually argued a case opposing NYU’s midterm eviction of husband and wife professors from a university-owned building that so impressed the presiding judge he recommended her to the U.S. Attorney’s office. As a defense attorney, she’d found that her sympathy was often with the victims, and she was happy to be on the other side. Her 1971 appointment made the front page of the New York Amsterdam News. As the first Black woman and only the third woman AUSA in the criminal division, she did her work and did it well in that office of mostly white men, helping to break ground for other women. It was during that time that she met her future husband, an FBI agent.

Rowan was “a great, great trial lawyer, as natural as anybody who ever worked in a courtroom,” wrote Zornberg, who also quoted John Siffert, an AUSA who interned for Rowan in 1971: “I learned so much from her. She was fabulous, and she taught me that smart people could have fun practicing law.”

Rowan left the Southern District in 1974, and a few years later, she and her husband joined the staff of the House Ethics Committee’s “Koreagate” investigation, after which she served as an assistant director of the Federal Trade Commission. In 1980, she founded an investigative consulting firm, Rowan Associates, which her husband joined after leaving the FBI. They successfully collaborated for 35 years.

Having relocated to Virginia, Rowan was attending an Alexandria Bar Association event in 1982 when a speaker used a racial slur. She was the only Black attorney present and the only person seated for the speaker’s standing ovation. Afterwards, she sparked a group protest letter to the bar, a public apology, and the formation of the Northern Virginia Black Attorneys Association. To a Washington Post reporter, she said, “It was not a pleasant welcome to the Alexandria Bar. My goodness, I thought I’d stepped into the last century.”

Barbara Rowan made sure her voice was heard.