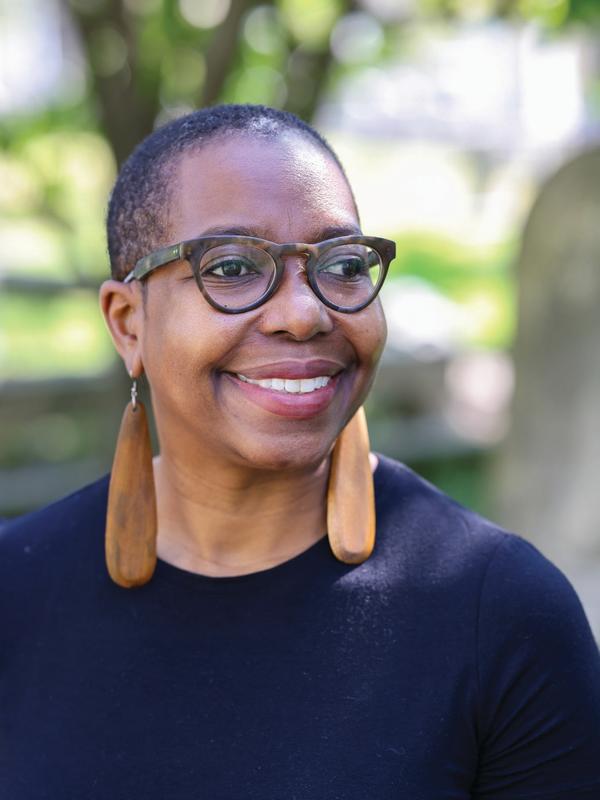 A few years ago, Asali Solomon ’95 sat down to work on her latest book while on sabbatical from Haverford College, where she teaches fiction writing and literature of the African diaspora. With an intricate storyline in mind, she crafted the deftly written satirical novel The Days of Afrekete. The book, published in 2021, takes place over the course of a dinner party hosted by Liselle, a Black woman, and her husband, Winn, a white politician who, unbeknownst to him, is under investigation by the FBI. Weaving past and present, Solomon retraces Liselle’s memories from her college relationship with a woman named Selena, exploring both women’s trajectories and the enduring impact of their bond.

Solomon’s first novel, Disgruntled, was named the best book of the year by the San Francisco Chronicle and The Denver Post, and her debut collection, Get Down, won the Rona Jaffe Foundation Writers Award and earned her the National Book Foundation’s “5 Under 35” honor in 2007. Her work was recently included in The Best Short Stories of 2021: The O. Henry Prize Winners.  We sat down with Solomon to get the inside scoop on her latest novel and to learn how Barnard shaped her as a writer and professor.

What was the inspiration for The Days of Afrekete?

One of the things I wanted to do is write a book that had the structure of Mrs. Dalloway, which features a dinner party and this protagonist going over her life. Across town, it also features this sort of tremendous World War I veteran suffering from post-traumatic stress. I was also thinking about the book Sula by Toni Morrison, which has these two women whose relationship is the most important relationship in both of their lives, but they’re never romantic partners. I was interested in what it would be like if those two people were romantic partners.

But then I also — this is a really odd one because this is not somebody I think about a lot — I read in the paper a while ago that [former NYC mayor] Bill de Blasio’s wife, Chirlane McCray, had once been this radical Black lesbian poet. I was fascinated by this idea that she had once been there and now was basically known as the wife of Bill de Blasio. So those things melded together with a couple of other sources, like Audre Lorde’s Zami, and became the novel. 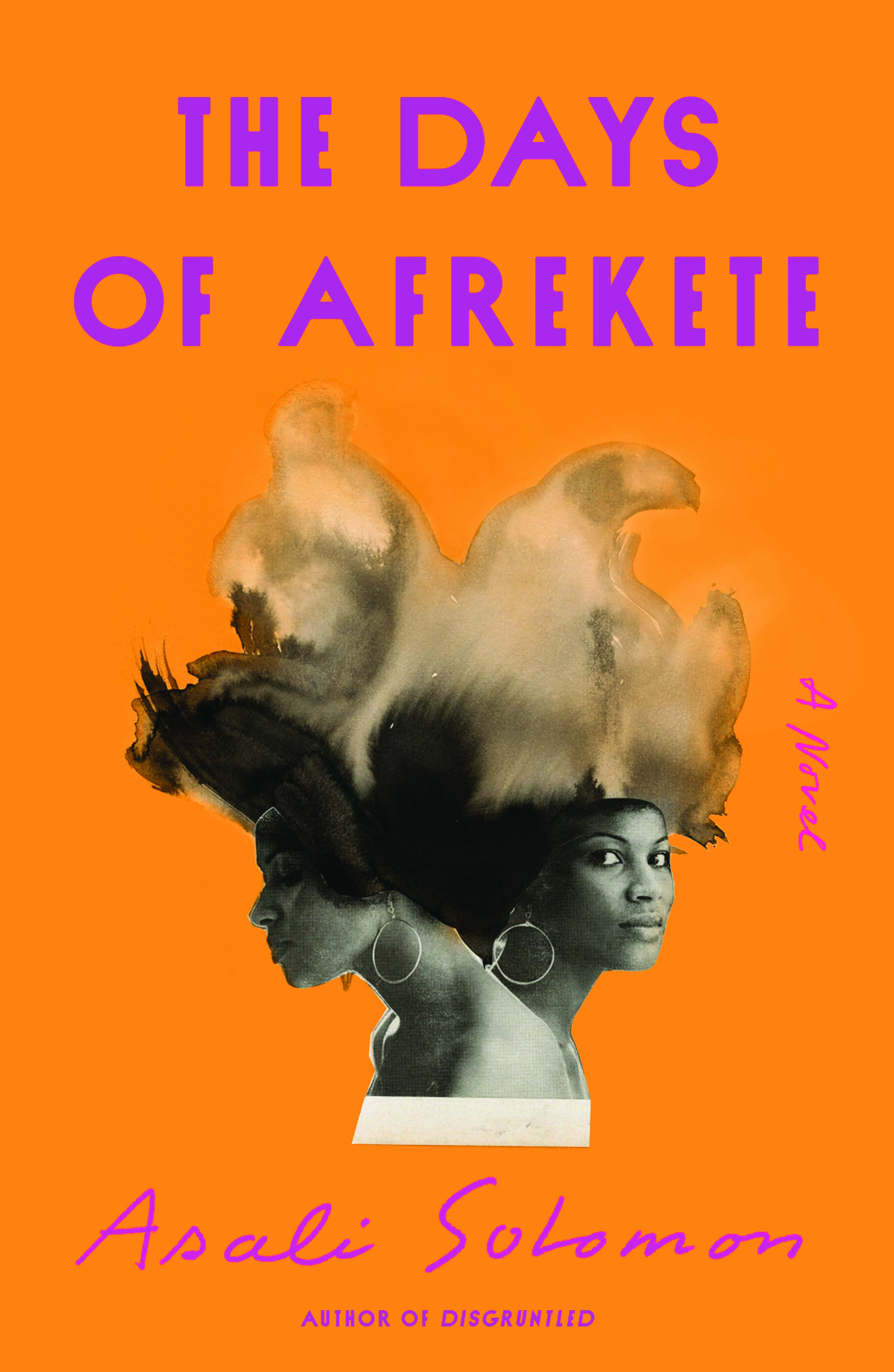 What are some of the challenges you faced while writing the book?

I think the hardest thing about this book is that the structure is extremely complicated from a writing perspective because the plot is not necessarily about a sequence of events. It’s a sequence of small events interspersed with a sequence of deliberately ordered memories. Here is where editors matter. It was a really complicated joint effort because we had to know when something was revealed in order to mention it later.

The other biggest challenge is always time. I was on sabbatical when I originally drafted this. Then I wound up doing a substantial bit of revising while I was teaching full-time online and my kids were home in [remote] school. I was chairing the English department and battling the general malaise of the pandemic. That was not what I expected in terms of how I planned to be finishing the book.

What do you want readers to take away from the book?

Anytime people read my books, I would just hope that it helps them in some way to become more human and more perceptive about what other people might be thinking. I’m also always hoping that they got the jokes and laughed a lot and that it was an extremely entertaining experience. There is a lot of social critique [in the book] about classism, racism, and homophobia, and how politics work, and all that kind of stuff. But I think different people will take away different things that are resonant.

What is your favorite part about being a writer?

Writing. I have two sons, and last year, when my younger son was home a lot, he would frequently be found sort of gesturing and pretending to talk and jumping around. You would say, “What are you doing?” And he would say, “Playing a game in my mind.” That’s literally what writing is. The other thing I really love about writing is that I’m the nosiest person on the planet. When I walk past people in the street, I’m like, “I would give so much just to know where they’re going.” So when you’re a writer, you can just make that all up for your own amusement. I love the idea of making up people and knowing their secrets.

Do you have any books that you go back to for inspiration in your writing?

Maud Martha by Gwendolyn Brooks. Brooks was a poet primarily, but she wrote this one novel, a kind of coming-of-age, but it goes into adulthood about this Black woman on the South Side of Chicago. The key to it is how her imagination makes things sparkle or engage her. It’s one of the most beautifully written books I’ve ever read.

Do you have any tips for aspiring fiction writers?

Write as much as you can. I started writing at Barnard. My first teacher was Elizabeth Dalton. I also had a really great relationship with Mary Gordon. I find that a lot of students feel like they want to write, but it’s very hard to be doing that unless you’re in a class. If that’s something you really want to do, try to make the time to do it. Do not worry about publishing for a long time. And enter contests! That’s also a good way to get yourself to write. The other thing is to read a lot and not just the things that you automatically feel like you will like.

How did your studies at Barnard help shape you as a writer and then as a teacher?

My major was pan-African studies, and within that I pursued something of a literature track. I wound up getting a Ph.D. in English. The thing that Barnard did for me was give me such a wide sense of the different kinds of possibilities for literature and some strong sense of the things that had been done. [Barnard] also taught me to kind of liv in books in a particular way. I came from a house of book people, but [Barnard] really extended it. 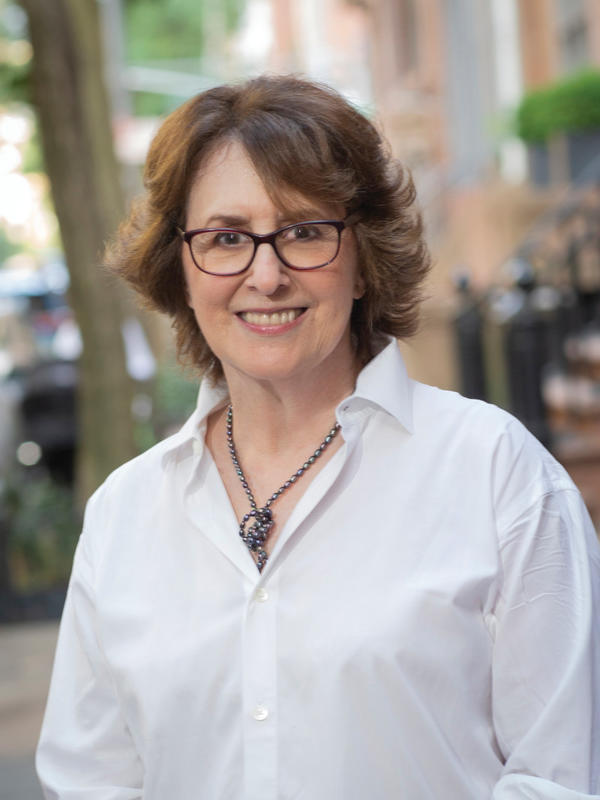 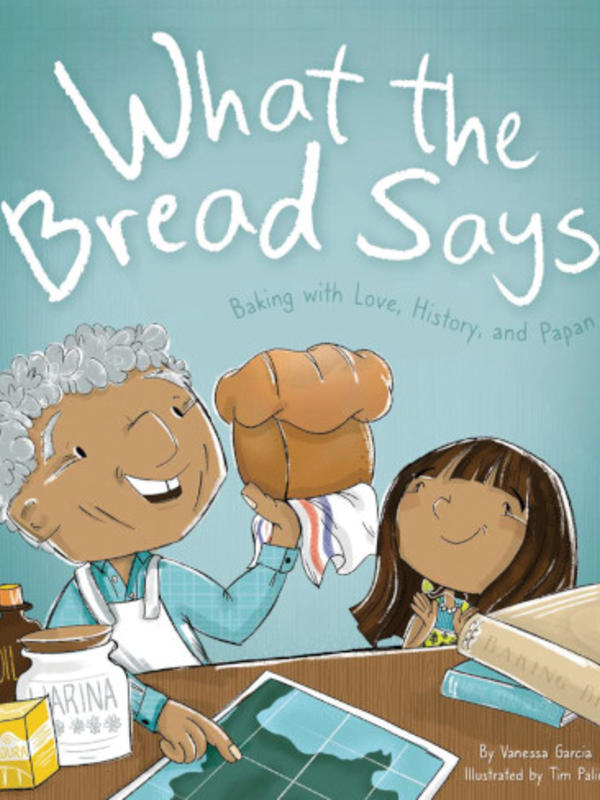