From “The New York Times” to “Freakonomics,” these Barnard alums are shaping the podcasting industry

The first thing Theo Balcomb ’09 thinks about when she wakes up in the morning — aside from her chubby-cheeked infant, Nola — is The Daily, the weekday news podcast from The New York Times. As executive producer, Balcomb directly affects how more than 4 million people start their day.

“My favorite part of my job is that I get to take things that are really complicated — difficult to understand, overwhelming at times — and make them clear to people,” she says, cradling Nola while on a FaceTime call from her family’s dairy farm in Maine. “We tell stories that are grounded in people’s individual experiences. And we don’t gloss over stuff. We don’t gloss over the gray areas; we live in those areas. And I think that helps people understand where we’re coming from.”

Balcomb ended up at The Daily after a circuitous path, with pit stops in broadcast and nonprofit communications. After landing at NPR, she progressed from intern to supervising producer in charge of All Things Considered, mentored along the way by legendary journalist Susan Stamberg ’59. Then the Times came calling.

“I came in, and [host] Michael [Barbaro] and I just started piloting things,” she told The Idea, Atlantic Media’s weekly newsletter, this past May. “After a month of trying stuff out, we launched. That’s what we’ve been doing ever since.”

Balcomb is far from the only alumna who found her calling building one-on-one relationships through storytelling; the school has a long tradition of nurturing narrative artists across genres, from writing (both fiction and nonfiction) to dance. But podcasting is a medium uniquely suited for this moment.

For years, podcast downloads have been largely attributed to commuters. The coronavirus put a stop to that, along with many other mundane aspects of daily life previously taken for granted. But after a slight dip in early March, podcast consumption skyrocketed. Podcasts are a way to travel while stuck close to home, to experience intimate human connection through voice and story from a safe social distance, to build empathy and understanding in a time of bitter partisan divides. With voices right in their earbuds, listeners can’t help but relate to the travails of others, a connection that’s avoidable when confronted with an imposing wall of text.

“When you hear somebody telling their story, that can be much more impactful than just reading a few quotes,” says Balcomb. “We hear a lot from young people who say, ‘I didn’t really pay attention to what was going on, and now I do, and I’m acting differently.’ I think there’s kind of an awakening that can happen. Which makes sense — if you’ve been hearing the same kind of news and not really getting it and then you hear someone talking to you … that can change your behavior.”

According to Rebecca Lee Douglas ’10, podcasting’s uniquely connective qualities make it a perfect fit for the sort of intellectual curiosity and openness fostered within the Barnard gates.

“It’s an intellectual field, but it’s also very creative,” says Douglas, a senior producer at the Freakonomics podcast, where she works with executive producer Alison Craiglow ’88. “I feel like it’s journalism, but there’s also artistic room, and there’s that intimacy there, too, that allows you to really connect with your audience that’s hard to get in any other medium, which seems very Barnard to me. … It makes sense to me that a lot of people would gravitate toward that medium.”

Douglas also took a winding route toward audio before falling in love with the medium, a journey that, like Balcomb’s, predisposed her to see the value in forging connections to others.

“I thought I was going to get a Ph.D. in Renaissance literature,” she says. After Barnard, “I went to England for a year, to Oxford, to study the metaphysical poets. … It sort of gave me a sense of what I might be doing as a Ph.D. student, and I was like, ‘This is not for me. If I just have to be alone with my thoughts researching all the time, I’m going to be clinically depressed for the rest of my life.’ One of the things that was really helpful for me was I would go on really long walks in England, and I would listen to Radiolab and This American Life. … Those stories were really comforting for me.”

The warmth and companionship Douglas found in public radio inspired her to pursue journalism. She got her master’s at the Craig Newmark Graduate School of Journalism at CUNY, then took a job in Barnard’s communications department. On the side, she created a well-reviewed mental health podcast, Group — co-hosted by therapist Catherine Drury ’09 — but still longed to work in radio full-time. Inspired by the Barnard students around her, she took the chance.

“It felt very scary to take the dive and go pursue what I wanted to do, but I saw all these 22-year-old women doing it and killing it, and I’m just, like, ‘You know what? I’m just going to go for it.’”

Up Close and Personal

Podcasting has been a viable career only since the early aughts; the genre was first integrated into iTunes in 2005 and became a formidable media presence with the viral success of the series Serial in 2014. Podcasting has since been through the media boom-and-bust cycle. By 2018, mainstream outlets like BuzzFeed and Slate had built podcast teams only to dismantle them.

The Times’ own 2017 foray into podcasts — The Daily launched 12 days into the Trump presidency — started with far less fanfare; when Balcomb joined the company, she was part of a four-person team. But The Daily has grown into an audio empire by adapting the company’s reporting and prose into a format palatable to broader audiences, an initiative largely driven by Balcomb’s passion for inviting everyone to the table. The paper’s “Modern Love” column, which was converted into an ongoing podcast that premiered in 2016, was another breakout success driven by multiple Barnard alumnae.

That team included Jessica Alpert ’03, who then worked for WBUR, one of Boston’s public radio stations, and now runs her own Boston-based podcast production company, Rococo Punch.

“COVID has been terrible for so many industries, but it has been an incredible boon for audio,” she says.

She, too, took the scenic route to a podcasting career. She worked at the Justice Department and then did a Fulbright year collecting oral histories of Jews in El Salvador. She returned to start a Ph.D. in history, working with the histories she’d collected the year before, but discovered that she couldn’t stomach the thought of thinking about the same thing for years on end.

“I kept pushing myself toward things that were more traditional, a path that was straight,” she says. “And it was pretty clear to me that there was no way in hell my path was going to be linear in any way. And after a while, I just embraced it instead of fighting it.”

So she decided to pivot to radio, taking a semester-long production boot camp and then getting an internship, at 27, at WBUR.

“It was very humbling. It was me next to a ton of college kids,” she recalls. “I learned a lot — I just kept my head down and tried to learn as quickly as possible.” She ended up on staff, left briefly to work at a startup, and then returned to help produce Modern Love and other projects, before starting her own podcasting company to produce in-depth storytelling.

“All of these twists and turns gave me so much more perspective as a storyteller. I just think that nothing is wasted,” she says.

That can happen in smaller ways — Douglas says that she makes a point of hiring Barnard students for research and transcribing help at Freakonomics because the College teaches impeccable research skills.

It can also happen in larger ways, such as the mentoring Balcomb got from Stamberg, Douglas receives now from Craiglow, and Alpert tracked down from award-winning broadcast journalist Maria Hinojosa ’84.

“When I was in grad school, I tried to get on a phone call with Maria Hinojosa for about six months,” says Alpert. “I’d email her like once a month and say, ‘Hey, do you have 15 minutes to chat with me?’ I finally got on the phone with her, and she was like, ‘You are persistent.’ I think that was a compliment.”

When Alpert was at WBUR, she remembers getting a call from Balcomb, who was then at NPR and based in Washington, D.C.

“She was like, ‘I’m really starting to think about my next steps,’ ” Alpert recalls. “She said she wanted to go back to New York. She was totally on the ground when The Daily started. ... I heard her thinking about it, and then she just made it happen. I’m sure her story is much more involved than that. But it’s a very small world.”

“Podcasts were really my first love; I fell in love with audio while listening to the This American Life podcast in college,” Penman says.

She started her career in public radio right after graduating from Barnard, with an internship at WNYC, then did stints at NPR’s Washington, D.C., headquarters and WGBH, one of Boston’s NPR affiliates, before returning to D.C. in 2018 to help run Post Reports.

Penman counts her Barnard connections as core members of her professional network. “I feel like my classmates are some of my biggest fans and still some of my best friends,” Penman says. “I think it’s great to know so many people — not just in podcasting and in journalism — but also in publishing and politics. I have friends who work at the U.N. or for the Biden campaign, or for publishing companies where they will pitch me books that we should cover. There’s an incredibly wonderful network of people who are so supportive.”

Penman, too, parlays the strength from her Barnard network into creating stories aimed at uniting all who hear them, regardless of where they are on their path or where they’re going.

“I think that audio is such an incredible medium,” she says. “When you hear someone’s voice, and you hear the emotion in their voice, you just connect to them in a way you won’t necessarily on the page.” 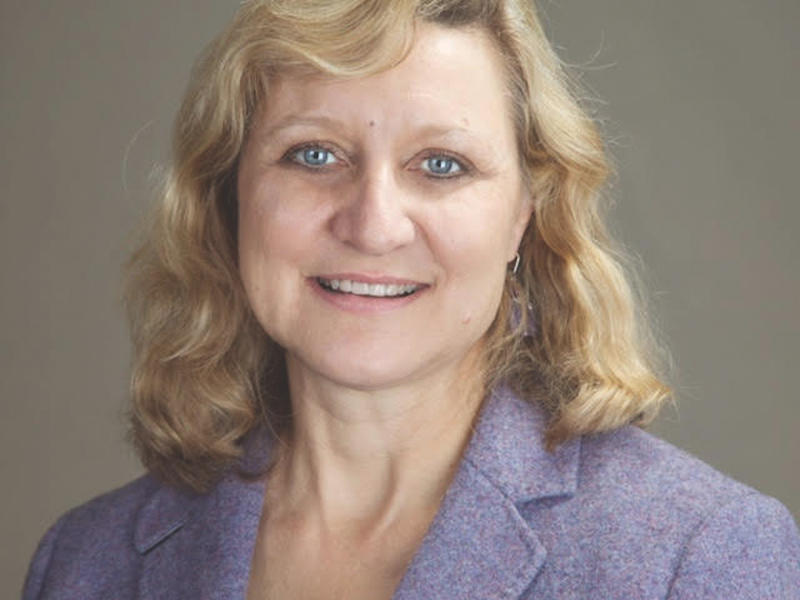 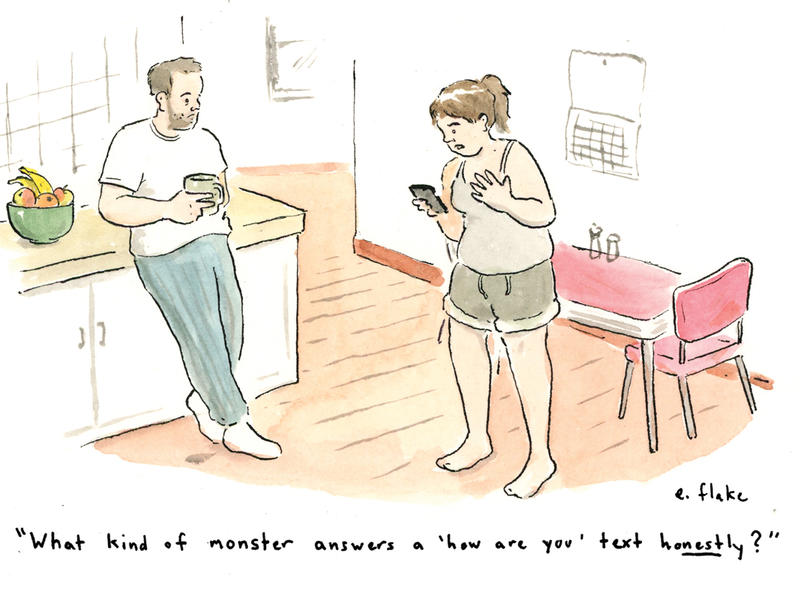 You’ve Got a Friend?

Wit & Whimsy: Anna Goldfarb ’00 tell us about the ups and down — and those hard lessons — of friendship as an adult