The Physicist Who Persevered

By Michael B. Dougherty 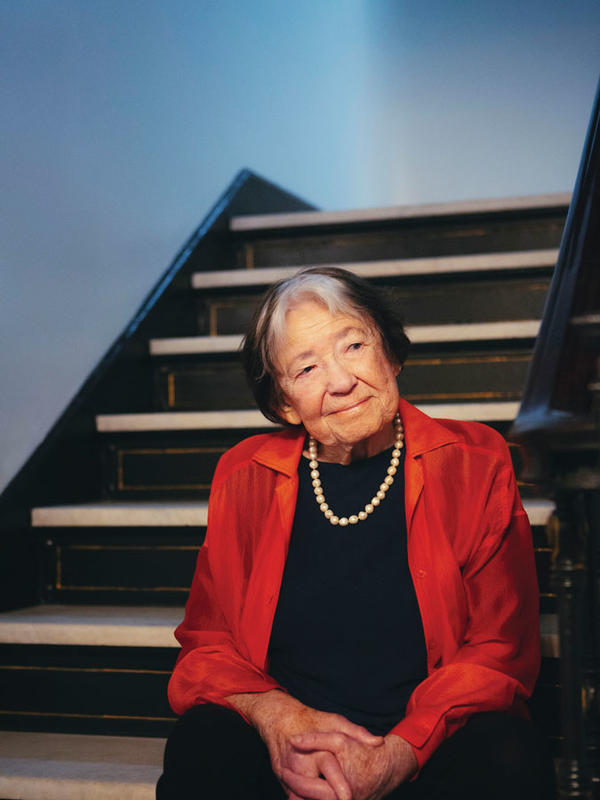 Fleeing the Nazi invasion of her native Belgium in 1940, Myriam P. Sarachik ’54, along with her extended family, made it to France but were forced to return to Antwerp. Trying again in 1941, they were captured and sent to a concentration camp near Bordeaux. After being transferred to a guarded ghetto near Tours, they escaped to Nice, crossed the Spanish border for Bilbao, sailed to Havana, and arrived in New York City in 1947.

“Smuggling, carrying false papers, and bribing, all have negative connotations. We do what we must to survive,” she later wrote of that experience. It was a journey defined by hardship, resilience, devastating loss, and, ultimately, the opportunity for reinvention, but incredibly, it was only one such chapter in the remarkable life of Sarachik, who would go on to become a pioneering female figure in the study of physics. She died on October 7, 2021, at the age of 88.

Myriam Sarachik (née Morgenstein) was born in Antwerp in 1933, the daughter of a diamond dealer and a homemaker. After her family resettled in New York, Sarachik attended Bronx Science, just as the high school was beginning to accept its first female students. From there, she enrolled in Barnard College, which at the time offered only a single introductory course in physics, so Sarachik sought to further her studies in the field by attending classes at the then all-male Columbia University. But a lauded career in physics wasn’t a given for Sarachik, who counted Spanish literature, French literature, math, chemistry, philosophy, and piano as other possible avenues at the time. “I continued my musical studies seriously for many years, until it became impossible to do all the things I wanted to do because there were only 24 hours in a day,” Sarachik recalled in 2018, in an autobiographical narrative for the Annual Review of Condensed Matter Physics.

She graduated from Barnard with a degree in physics in 1954 and obtained a doctorate from Columbia in 1960. Sarachik then gave birth to her first daughter, Karen, and reluctantly left her nascent research career to become a stay-at-home mother. That lasted only a month. In a 2020 New York Times profile, she recalled that her husband, Philip, an electrical engineering assistant professor she’d met when they were both students at Columbia, encouraged her to return to research, adding, “I would rather pay someone to take care of Karen than a psychiatrist.”

Sarachik rejoined the field she loved but immediately experienced its biases: Instead of job offers, she found herself defending her decision as male colleagues snatched up prestigious positions. Finally, with the help of one of her Columbia professors, she accepted a two-year position at AT&T’s iconic Bell Labs research facility in New Jersey. It was there that Sarachik would launch her career. She observed that in certain alloys containing magnetic metals, electrical resistance — the measure of the flow of electricity — lessened as the metal cooled, which was to be expected, but then mysteriously rose again as they were chilled even further. A Japanese theoretical physicist, Jun Kondo, had posited that the magnetic metals might be scattering electrons at supercooled temperatures, thus increasing electrical resistance, but it was Sarachik who proved the Kondo effect, as it is now known.

Even so, she struggled for professional recognition. When a lab offered her a position at a salary well below what it would have paid a man, she declined, finally accepting an assistant professor position at the City College of New York (CCNY) in 1964. There, her career thrived, until personal tragedy struck again when her second daughter, 5-year-old Leah, was kidnapped and murdered by the family’s housekeeper in 1970. Sarachik would retreat from physics research and into her grief for a decade before finally reemerging to begin what she described as “the most productive [25-year] period of my life.” Establishing a low-temperature laboratory at CCNY, she, along with students and postdocs, investigated the behavior of solids near absolute zero. She retired from the college as a distinguished professor in 2018.

In her later years, Sarachik was honored with a host of major awards in her field, including the American Physical Society’s prestigious Medal for Exceptional Achievement in Research, which cited her “fundamental contributions to the physics of electronic transport in solids and molecular magnetism,” and a Barnard Medal of Distinction.

She had, at long last, secured the recognition she so rightfully deserved.