Professor of political science Michael G. Miller responds to students’ questions about all things voting in 2020.

For many, voting is a rite of passage. This is particularly true for college students, since age 18 is when most citizens are allowed to cast their first ballot. This year, the COVID-19 pandemic, which has forced us to consider so many crucial societal and civic issues, has also required us to rethink some of the most routine parts of life, from how to attend school to how to vote.

Miller, who studies elections and political behavior, is the author of Subsidizing Democracy: How Public Funding Changes Elections, and How It Can Work in the Future and has published more than a dozen peer-reviewed articles. He focuses on how people respond to changes in rules governing elections, particularly campaign finance, elite political behavior among candidates and local party chairs, and mass political behavior.

See the student questions and expert answers below:

Bella Pechaty ’23: How is an absentee ballot different from a mail-in ballot, and why would a person need it? 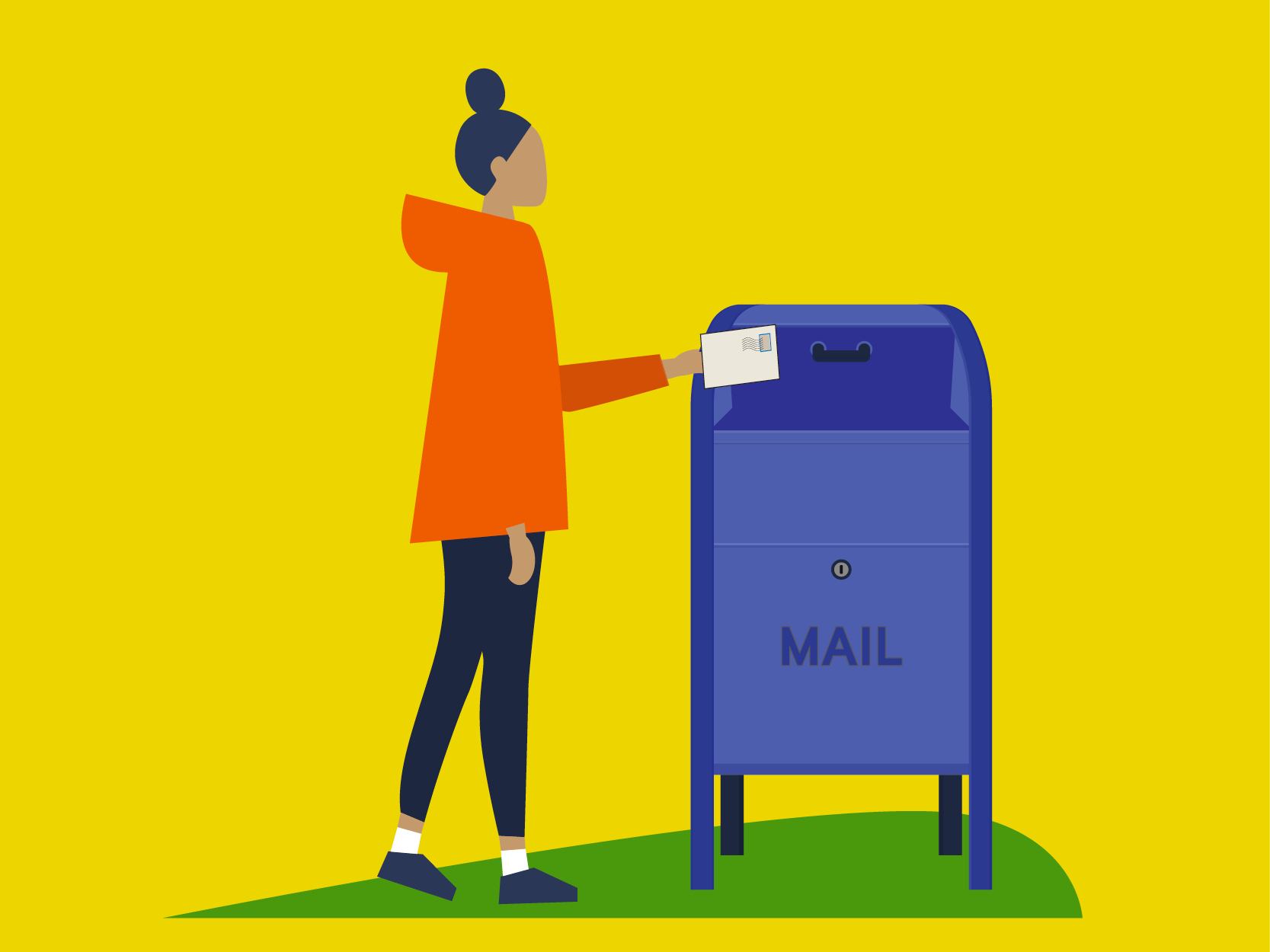 The best way we can explain an absentee ballot is something that a voter casts when they can’t make it to the polls on Election Day and can’t vote early in-person, because their state doesn’t offer it or they don’t want to do that. There are a lot of security measures surrounding these ballots. These ballots are secure if voters follow the guidelines and follow up to make sure their votes are counted. States know how to do this; the stress test here is the volume. We, especially the Eastern states, have not had much experience with this many [expected] mail-in votes.

Solby Lim ’22: How do I decide if I should vote from my home or campus address?

The easiest answer is that you should vote where you live. In COVID-19 times, for many students, that’s going to mean that your campus address is your home address, so that is the best address. If you live in New York and you’re from somewhere else, you’re entitled to vote in New York, you just have to make sure you’re registered before you appear at a polling place thinking you’ll be able to vote. So for that reason, many students will vote at their home address if that is where they are registered rather than re-registering in New York.

This is doubly true if they are from a battleground state in the presidential election, such as Ohio, Florida, or Pennsylvania. You have to weigh the power of your vote in your home state versus a state where it may matter less to the outcome of the presidential election. One thing important to note is that it is always illegal to vote in both places, so only vote in one place or you will be committing a felony. It is also important that if you are no longer a student, you need to register in the place where you live, not your parents’ residence. 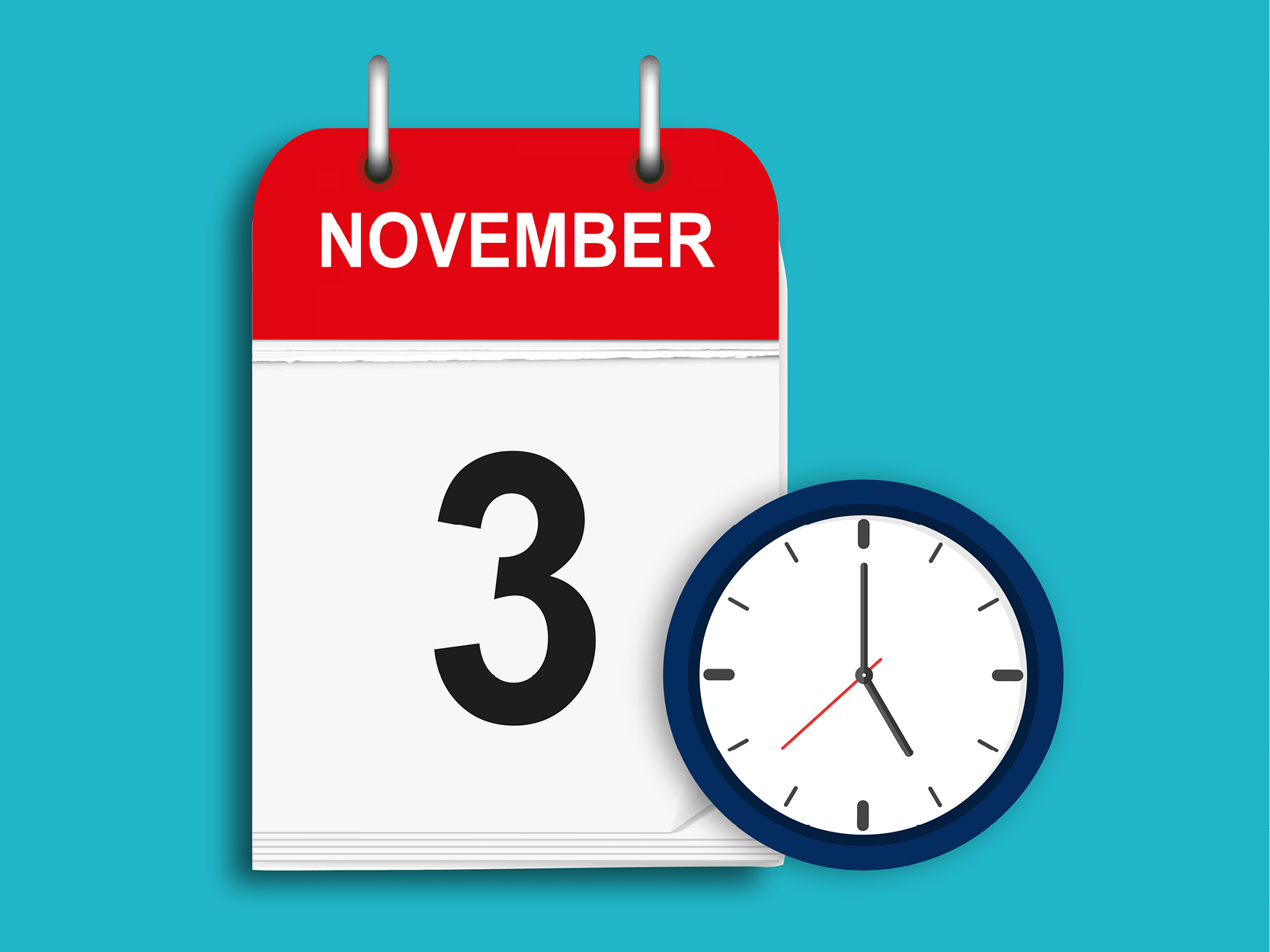 Aria Narang '24: When do I send in my ballot if I am voting by mail?

I know that students love to procrastinate. This is not the time to procrastinate. What I’m telling my daughter, who is also a college student, is that five seconds after she receives that ballot, she marks it, she makes certain that she follows the directions on the mail ballot. Oftentimes there are two envelopes; you’ll have to put the ballot into the security envelope, sign the security envelope, and put that into a mailing envelope. Check to see whether [you need to add] postage. Read everything very, very carefully. Then send it in immediately — don’t wait, because every day that you wait, you are literally diminishing the probability that your vote will be counted. There are well-documented problems with mail delivery times going on right now, so you want to give yourself as much runway as possible. 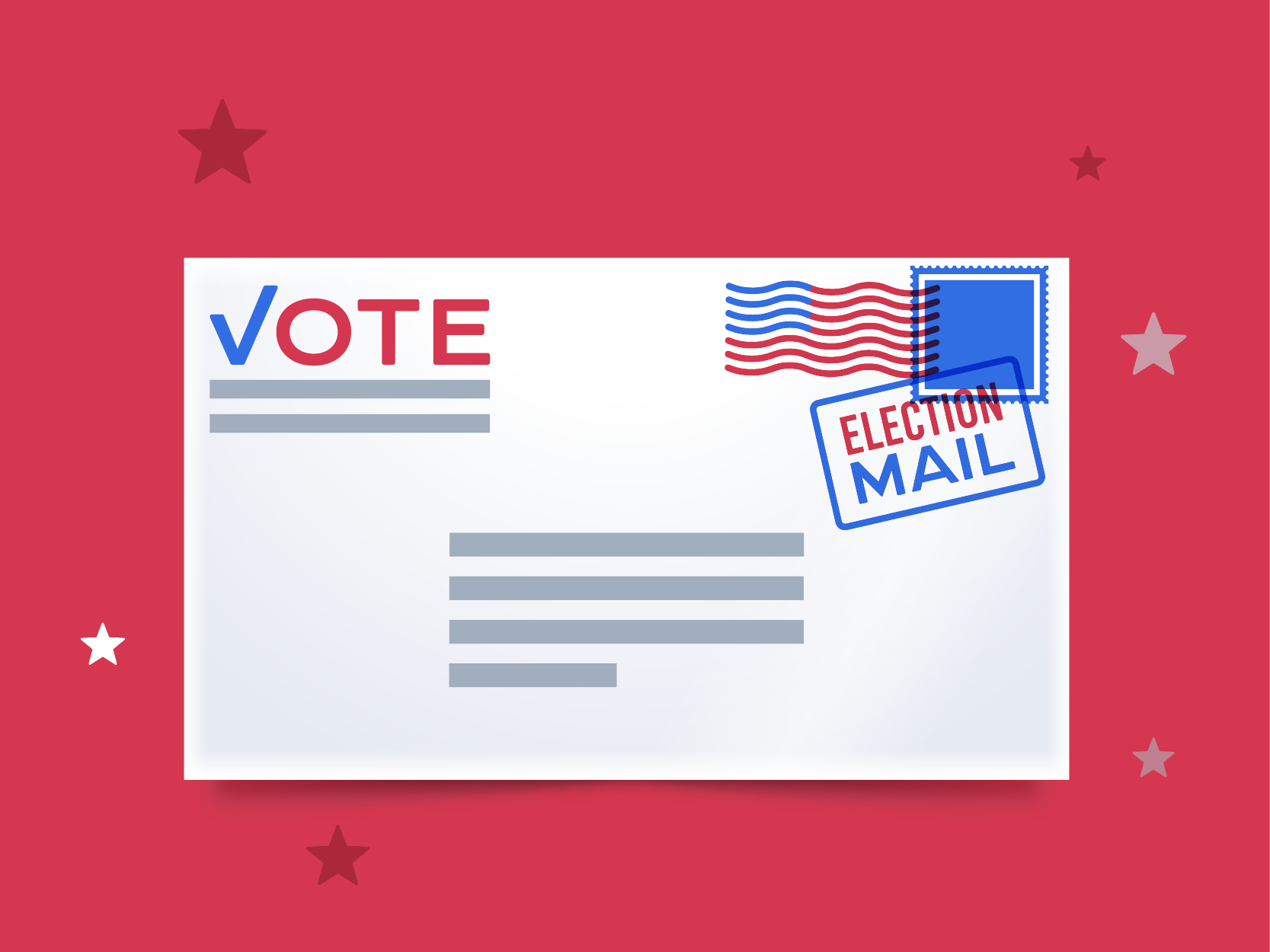 Solby Lim ’22: With all the mail-in ballots this year and the U.S. Postal Service controversy, is there a timeline voters can use when mailing their ballots?

My favorite “fun fact” is that you don’t actually have to mail a mail-in ballot. In many states, the election authorities will have drop boxes designed to collect only ballots, and they won’t go through the mail at all. Students should check what their state is doing, as the vast majority of states have increased these kinds of drop boxes. They’ll look very similar to a mailbox and will be clearly tagged as a ballot box. Also, in all states as far as I know except Tennessee, you can hand-deliver your mail ballot to the county election office by driving up and handing it over the counter to the clerk. So there are many ways to ensure that your mail-in ballot will arrive faster than the mail will carry it, but mailing your ballot within the hour of receiving it is still the best option.

Angela Tran ’22: Is there a national cutoff date for when I can mail a ballot?

The states control everything about American elections, so the dates will differ state-by-state. The most common regulation is that states stop counting on Election Day, and votes that come in after that are not counted at all. Now there are exceptions to that. Some states have a three-day grace period, where they’ll still accept ballots that come in three days later, but students should not assume that. Their ballot should arrive by Election Day to be counted.

Angela Tran ’22: How can I confirm my ballot was delivered?

If students want to check that their ballots have arrived, they should look at their county election authority first. Ballots are counted at the county level in America. Depending on where you live, the county is usually the best place to look. If you live in a really rural county, the county may not have an easy mechanism online, so it is then perfectly acceptable to call the county election office. Some states will have a central website for the state election agency where voters can just look, no matter where you live in the state. But it’s more common for all of this to be run by the county. 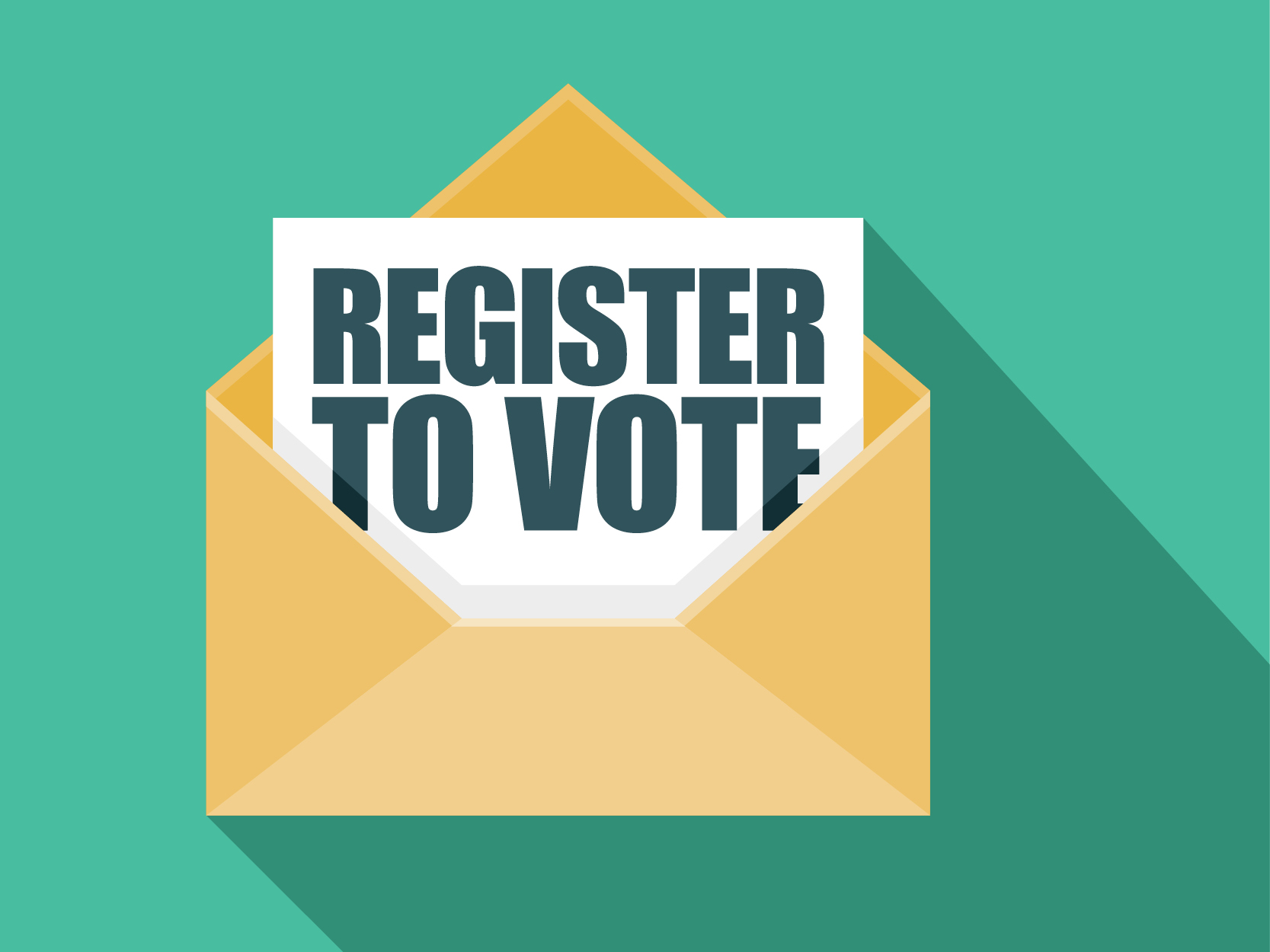 Solby Lim ’22: What is the deadline to register to vote, and does this deadline change by state?

It does vary state-to-state. Many states cut off registration 29 to 30 days before an election, which means if you want to vote in this election you should be registered by October 1. Most states give you the ability to register online and all offer registration at a DMV. It is possible to register in-person at the same time as voting in some states, but students can look that up. Assuming you have one month is a good default for everyone. The National Conference of State Legislatures is a good resource for this. 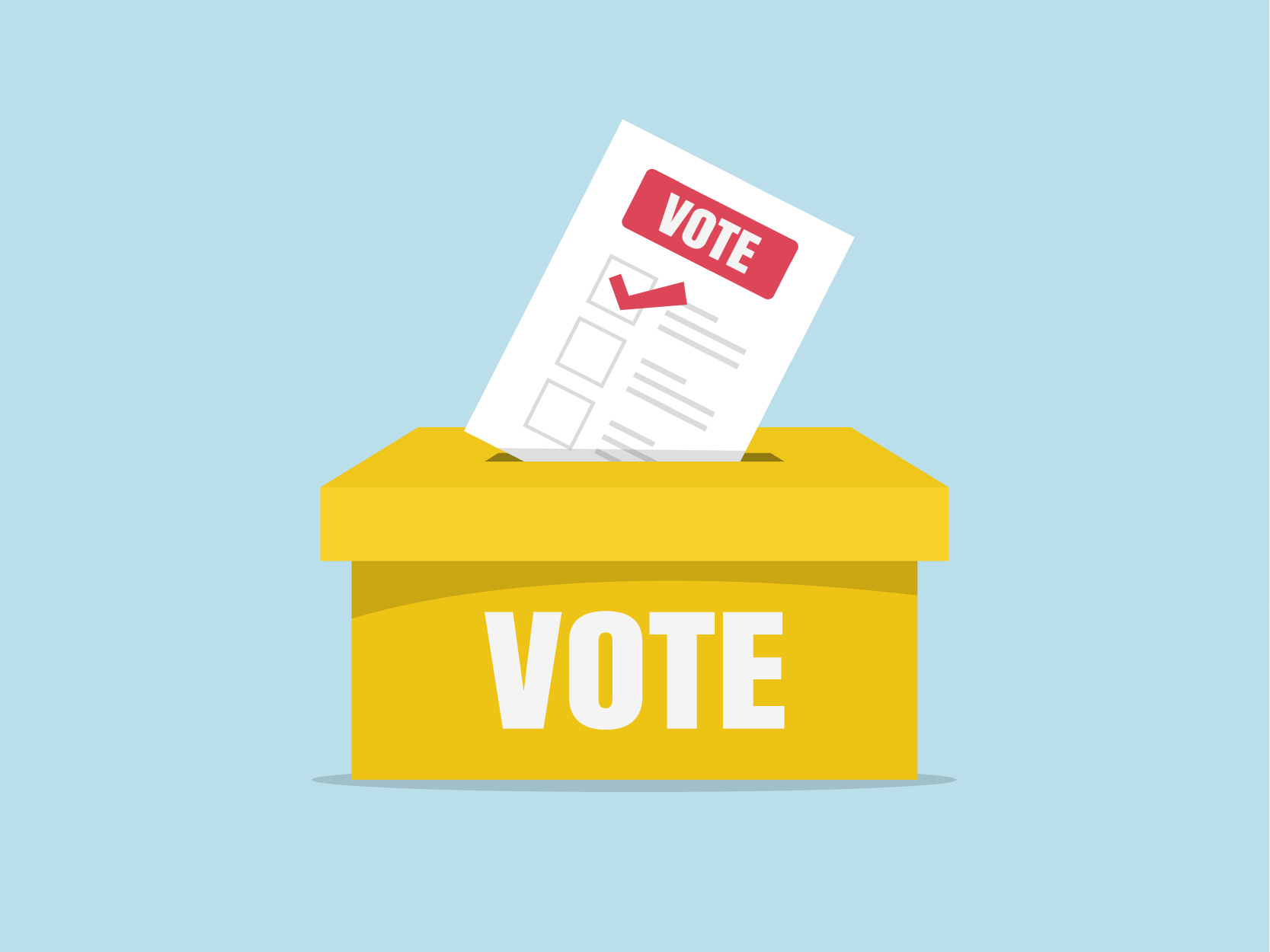 Bella Pechaty ’23: If you are registered in one state but moved to a new one, and don’t have a photo ID for the new state yet, can you still register?

You don’t always need a photo ID to register; often, you just need proof of address, such as a utility bill. The registration procedure is going to depend on the state. The best thing to do would be to update your ID. If you think you need identification to reflect the state that you live in, then that’s what you should do. In many states, though, a student ID or an out-of-state ID, with proof of a student’s residence, is sufficient to register to vote. Talk to a government official in whatever state you have moved to or look at your state’s election authority website to see what you need to register legally, but you don’t automatically need an in-state driver’s license or a photo ID. The purpose of registration is to prove that you’re a resident, and that’s it.

Solby Lim ’22: Do I need to request an absentee ballot again for the general election if I already requested one for the primaries?

In most states, yes. You shouldn’t assume anything, and you should be proactive with state authorities. There is no harm in re-requesting something. If they have an active request from you, you’ll still get the ballot. So do not assume that you’ll receive one. There are exceptions to this; many of the Western states are automatically sending everyone ballots. New Jersey is automatically sending everyone ballots. But for the most part, yes.

Bella Pechaty ’23: Is there somewhere a person can confirm that they are registered?

Every state has a central election agency, and for most, this is the secretary of state’s office. Part of the duties of that agency is to help voters with this question. You should verify your voting registration well before every election. Make sure you are going to a state government website. I would caution against just searching “where do I verify my voter registration status” because the top results are usually vendors who are looking to mine your information.

The people who have the list of voter registrants are the election officials. One could envision a scenario where voters were removed from the polls and whatever vendor or well-intentioned group that is confirming, maybe they don’t know and confirm that people are registered when they’re not. So always check with the state system. And that, by the way, is the same way you verify that your vote has been counted — no third party is going to have that information.

Another thing not often asked about it is that there will be a greater chance that your vote is thrown out if you vote by mail. Everyone is the judge of their own tolerance of risk, but if the students really want to make sure that their vote counts, going to a polling place is still the best way to do it. If you don’t want to bear that risk in a pandemic, that leads us back to reading the instructions. Don’t sign it in a goofy way, sign in the way that you did when you registered because there are multiple security checks here, and if you fail any one of them, the courts have made it clear that your vote is likely to be kicked out. 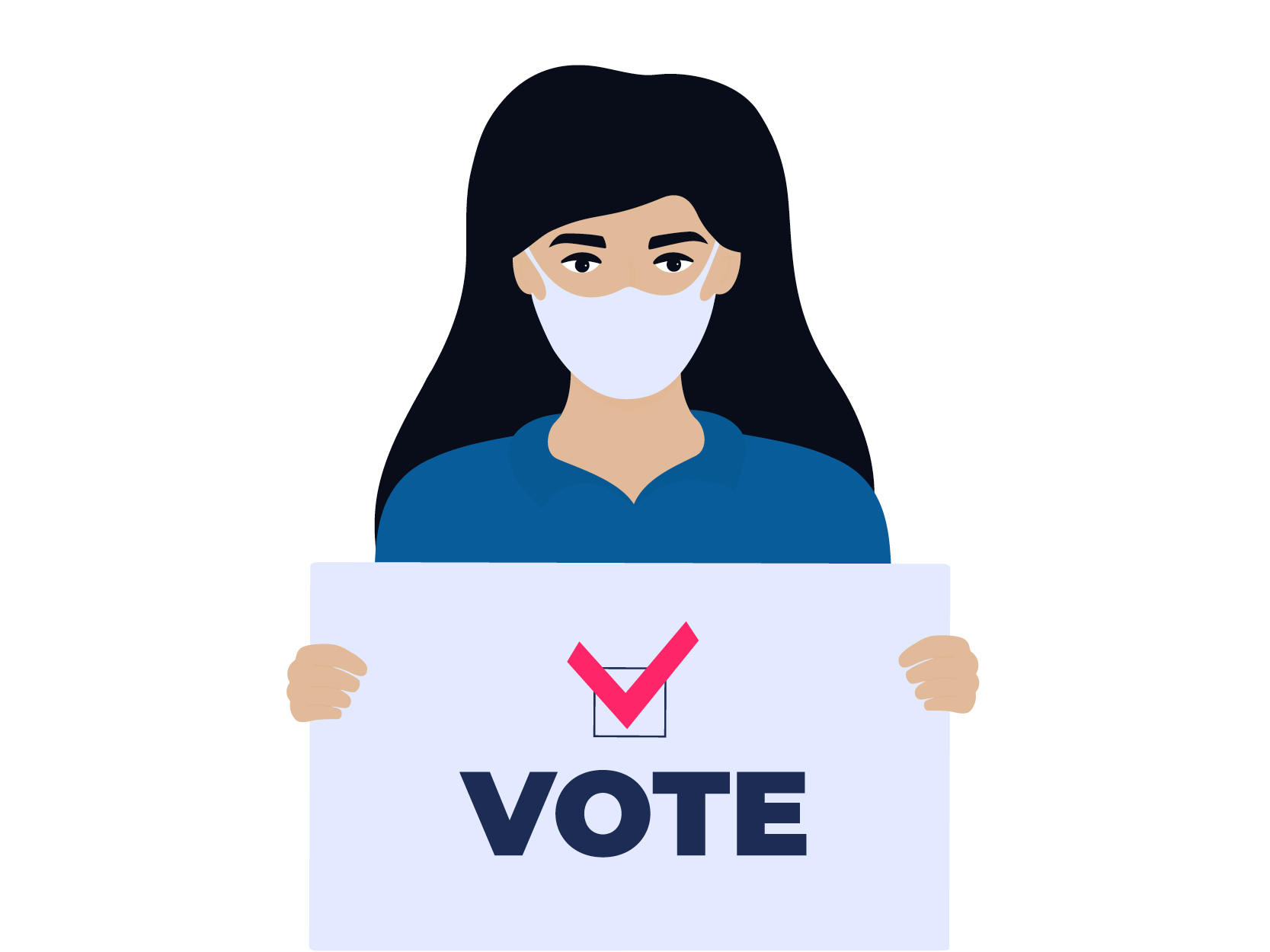 Aria Narang '24: If a person doesn’t receive their ballot in time, should they vote early in-person to avoid a rush on Election Day?

Early in-person voting has expanded quite a bit in the past 10 years, but I don’t think it makes it less risky if people are worried about being around others right now. The thing about early voting is that it’s very similar to Election Day voting. There are lines, booths you go into to cast your ballot. People have to find the most convenient and least dangerous method of voting for them and do it. If it is the first or second week of October, and you believe that you should have received a ballot, then call, don’t email, your county election office.

Students should also register for and tune into the Athena Center for Leadership’s debate watch parties, which will feature these guest speakers: