In Celebration of National Latinx/Hispanic Heritage Month, Jomysha Delgado Stephen ’96 reflects on her journey from Student Government VP to Executive Vice President of the College and General Counsel. 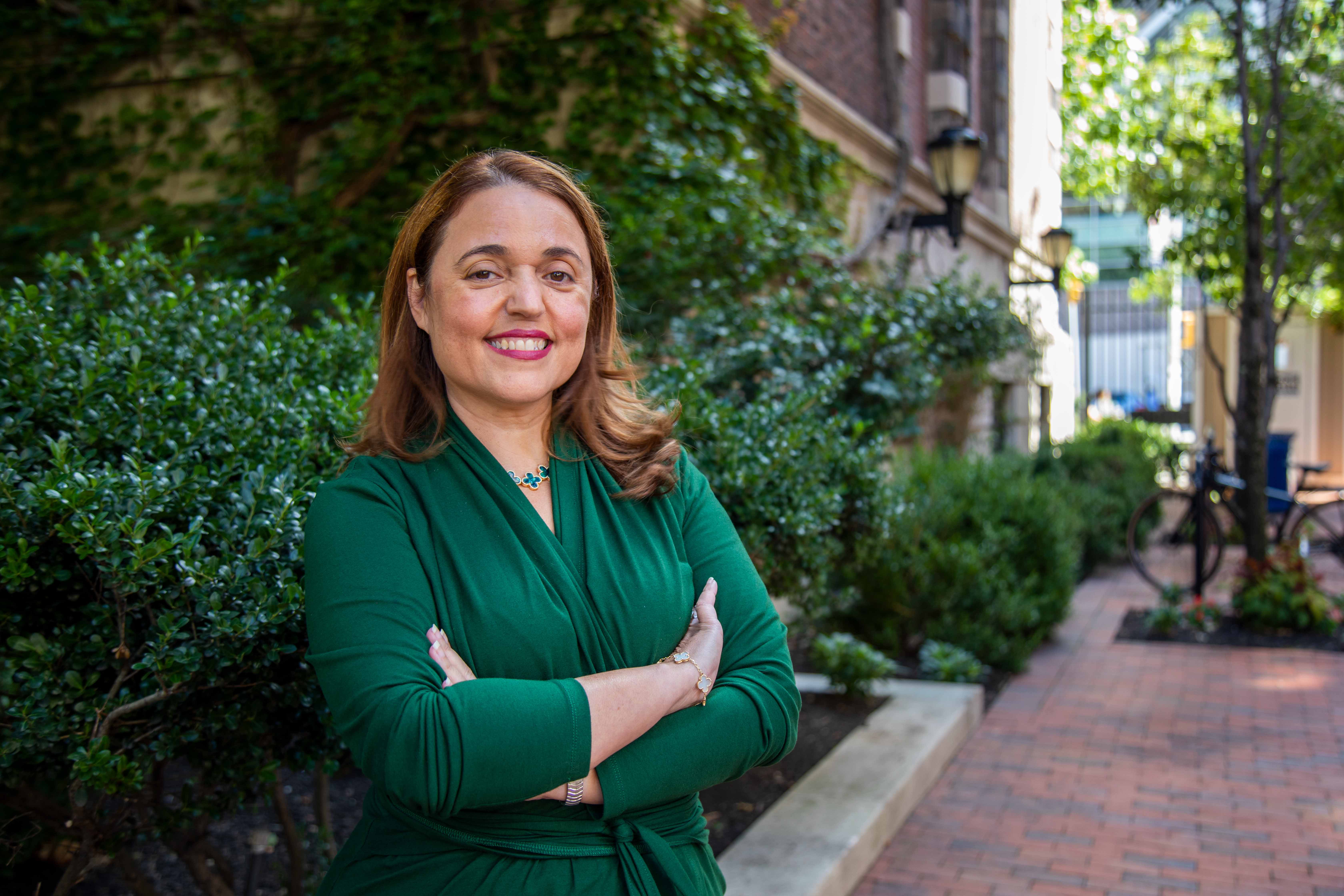 It all came full circle for Jomysha Delgado Stephen. After graduating from Barnard in 1996, equipped with a Russian language and literature degree, Delgado Stephen crossed Broadway to study at Columbia Law School. She later worked as a commercial real estate attorney before returning to Barnard in 2003, where her career has continued to grow over the nearly two decades she’s worked for the College.

“I loved my Barnard experience; it was really transformative,” she said. “It made me feel like I could do anything, and I feel like I’ve been very successful because of that empowerment.”

As Executive Vice President of the College and General Counsel, Delgado Stephen is the highest-ranking Latinx/Hispanic person at the College. She has seen Barnard’s evolution firsthand, having served under three presidents and been promoted to five different roles. “Barnard is a story of over 100 years,” she said. “There’s an honor and a blessing in being part of this history.”

Since her start on the Student Government Executive Board and the NSOP committee, Delgado Stephen has been instrumental in various college initiatives. She has advised Barnard on many policies and legal projects, assisted in the launch of Beyond Barnard, and aided the drafting of the College’s transgender admission policy.

In our  “5 Questions With…” interview, Delgado Stephen described how her relationship with the College has evolved, as well as her hope that “students can see [that women in senior leadership positions] is a norm.”

Why did you choose to attend Barnard?

I grew up in the neighborhood. I actually was born at St. Luke’s [now Mount Sinai Morningside]. I went to school on 97th Street, and this is where my family was. I knew I wanted to be a Russian major. I knew I wanted to go to law school. Barnard just really offered me all the opportunities, as well as not being as far away from my family.

How has your relationship with the College changed since returning as a staff member?

I’ve been here for almost 19 years. When I came back, there were still a lot of people who knew me as a student and were so proud of me to come back as a professional and as an attorney. They were excited to take my advice and also were very committed to my growth.

Ensuring that I could advise well meant learning as much as I could about how the institution ran. So I spent a lot of time as a junior attorney, in my professional development, asking all the questions. I wanted to understand how it all worked so that when people came to me, it would be more in partnership. That’s been my approach. I put in a lot of time to become an expert in Barnard but also in higher education law and how institutions of higher education work.

What student groups were you a part of during undergrad?

In my orientation, one of the things the dean of the college talked about was making the connection to Barnard, find[ing] your place. I took that to heart and worked [with the Student Government Association] for a year.

By serving as SGA treasurer and vice president, I got to know people and all of the different groups and [learned] how government works. Being part of the New Student Orientation Program (NSOP) allowed me to learn how Barnard fit into the larger Columbia University Community. I had the opportunity to represent Barnard in planning large joint programs with the Columbia undergraduate schools. Those were fantastic experiences for me. I also was part of the Students of Color Leadership Retreat, which we established during my time at Barnard, and I was Senior Ball chair. I just did a lot. But that was how I found my footing. That was how I found my connection, even though I didn’t live on campus.

You made a historical mark as the highest-ranking Latinx/Hispanic staff member at the College. How has your heritage impacted your career?

For me, my heritage is who I am. I’m Puerto Rican, and many people have ideas of what Puerto Rican is supposed to look and sound like, and to this day, I’m like, “No, I’m full Puerto Rican. This is what [being] Puerto Rican looks and sounds like.” And I grew up on 100th Street in the projects. So everything I do is colored by those lenses; that is the frame of my experience.

Mentoring is really important to me because you don’t know what you don’t know. I had lovely mentors who did not look like me. I had lovely mentors who didn’t quite understand how I grew up or the expectations of my family. I really wanted to make sure that my successes were visible to people who then could say, “I can do this [too].” I want to be the new norm. But that only happens when people see it. If I’m doing my job right, I’m basically mentoring the next generation of higher education leaders. That’s what I want to be doing.

I’m constantly reminding people about who I am, and that plays into how I do things. I’m really excited that the general counsel office is very heavily women of color. That doesn’t exist in most places. I’m not hiring with that in mind, but I am attracting people who see [themselves here].

How should Latinx/Hispanic-identifying students find their space within the College?

I think that having access to a place like Barnard is a privilege. It’s okay to acknowledge privilege, but it’s about making the most of it and using your network. Barnard alumnae love Barnard students. You’ve come from your home community to this new community, so make use of it because you’re at Barnard for four years, but you’re an alumna for the rest of your life.

You’re at Barnard because you belong at Barnard. Barnard is evolving. It’s not the same as it was when I was a student, it’s better, and it’s going to continue to get better, and we all contribute to that.

Also, I’m here. Reach out! Continue to reach out to those of us who are here, so that we can continue to be those systems of support for each other. 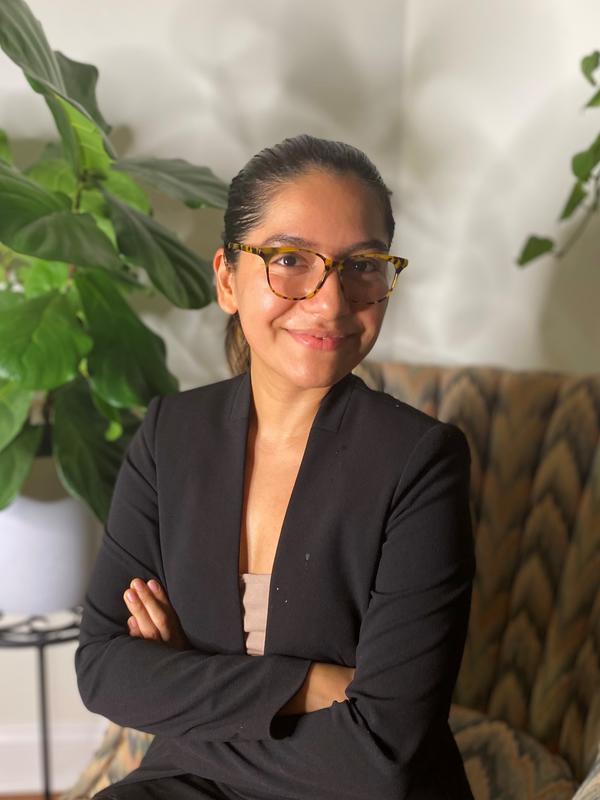 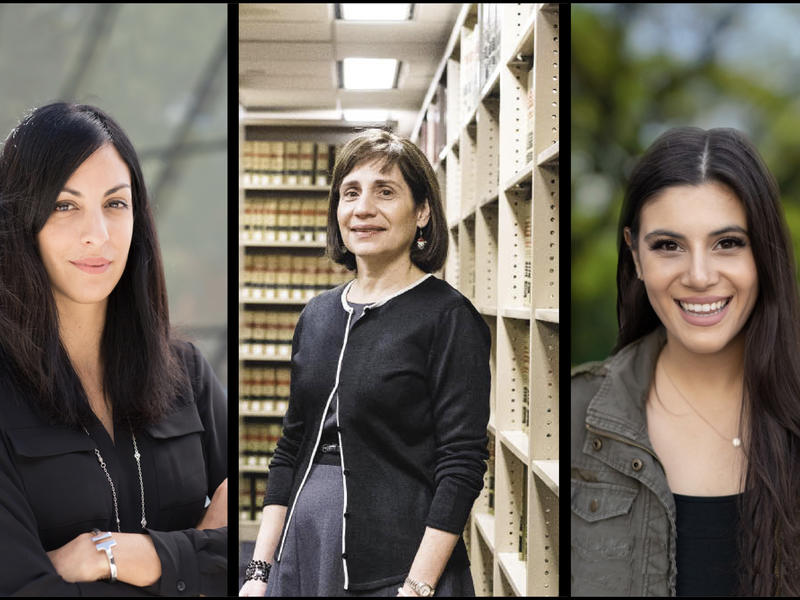 Latinx and Hispanic Alumnae Make Their Marks Across Industries 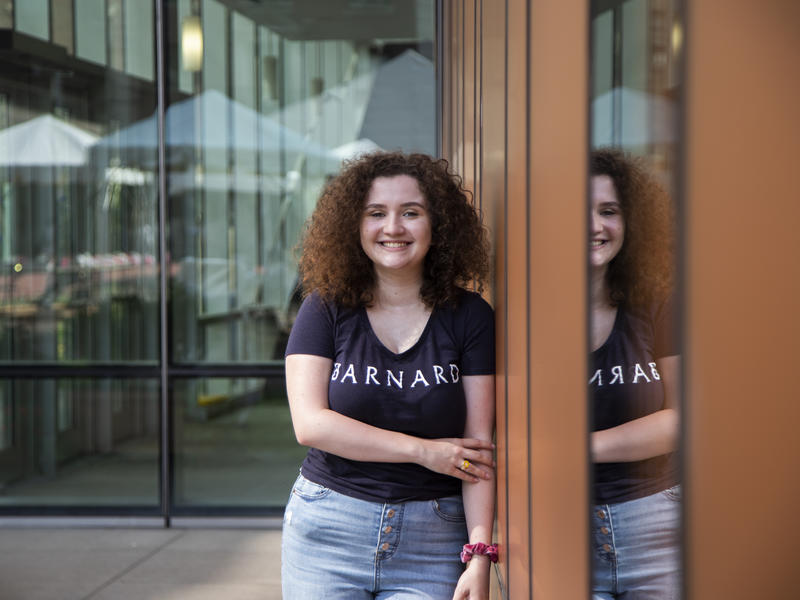