For the first time since 1949, eight Barnard students and alumnae were selected for the prestigious Fulbright program.

After being named one of the top producers among U.S. colleges and universities of students selected for the Fulbright U.S. Student Program for nine of the past 11 years, Barnard College reached another milestone for the 2020-21 academic year when eight students and alumnae were selected for the grant. This is the first time more than seven students have been selected since 1949, just three years after the program was established.

The success of Barnard’s Fulbright applications can be attributed, in part, to the Beyond Barnard program, a comprehensive office that assists with everything from internships to career pivots, including information and advising on competitive national and international opportunities like the Fulbright program.

“Everyone at Beyond Barnard extends their congratulations to this exceptional Fulbright cohort,” said Dean A-J Aronstein. “These results not only reflect the perennial strength of Barnard students in this important program but also show that our integrated approach to fellowships advising is beginning to bear fruit. As we continue to provide new and targeted resources to support students, we’re excited to continue to build on the culture of fellowships at Barnard.”

Back in 1949, the 11 Barnard scholars received grants to Belgium, France, Italy, Norway, and New Zealand to study topics ranging from biology to political science to poetry. Read, below, about the worldwide plans that the 2020-21 Fulbright cohort has in store.

Sophie Adelman graduated in 2019 with a degree in history. At Barnard, she specialized in Afro-Brazilian history, took part in music ensembles, and was the department head of Latin Music at WKCR. Adelman is currently a consular officer at the Norwegian Consulate in New York and previously worked at the Center for Traditional Music and Dance, the Center for Political Accountability, and the Legal Aid Society of New York. As a Fulbright English Teaching Assistant (ETA), Adelman plans to develop an English language curriculum rooted in current American media and popular culture. She is excited to learn about the influence of Kuduro music and the history of the Angolan diaspora in Portugal. Adelman hopes to use her Fulbright award as a building block for a career in diplomacy and foreign affairs across the Portuguese-speaking world.

Lynn Dao majored in urban studies with a specialization in public health. Her interest in health inequalities research led her to pursue cross-cultural experiences working for a human rights NGO in northern Uganda and studying the refugee crisis in Jordan, which have prepared her for a Fulbright ETA position in Vietnam. She is looking forward to using her experiences as a first-generation, low-income student and an English Language Learner (ELL) to build strong relationships with her students and community members as an ETA in her birth country. Upon completion, she will enroll in her deferred doctoral program in health education at Teachers College of Columbia University to work toward a career in international development that incorporates education and public health to address health inequities worldwide. 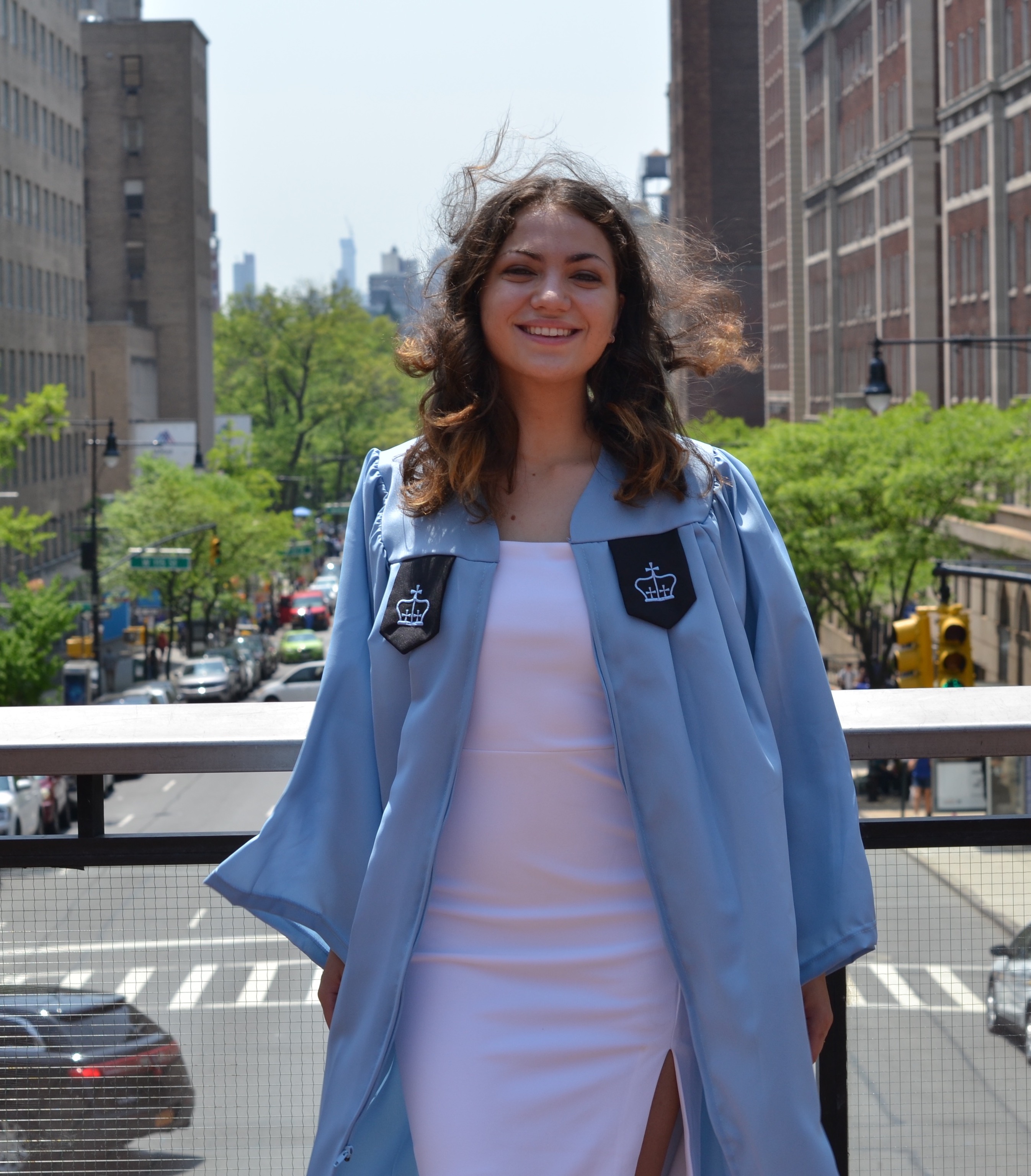 Julia Ellis majored in psychology and human rights at Barnard, where her interest in teaching ESL for Spanish speakers grew when she participated in Columbia University’s Global Thought Experience initiative, which allowed her to teach at the Northern Manhattan Coalition for Immigrant Rights. After graduating in 2018, Ellis worked as a Spanish-speaking clinical research coordinator in the emergency room at Columbia Presbyterian and volunteered at the Washington Heights nonprofit after-school program Fresh Youth Initiative to help low-income, immigrant, and first-generation children achieve their academic goals. She plans to pursue a graduate degree in child psychology, specializing in trauma and resilience for children adapting to new environments, especially during the asylum-seeking process. She is hopeful that this Fulbright experience will allow her to gain new insights into pediatric growth and development as well as how children’s mental health is viewed in Mexico.

Ciara Post was a dual major in human rights and art history with a concentration in visual arts and graduated Phi Beta Kappa. She has developed art courses and art for healing curricula at Emerge Global, a nonprofit based in Sri Lanka that provides art therapy and life skills programming to teenage survivors of abuse, and at El Centro Explorativo, a community education center promoting literacy for indigenous peoples in rural Guatemala. Through Columbia’s Distance Learning Center, Post has taken Sinhala language classes in an effort to better connect with her community in Sri Lanka. Post plans to pursue a career as an art therapist and hopes that her time as a Fulbright ETA will make her better at promoting cross-cultural dialogue and expression.

Inem Richardson is a student of Africana studies and comparative literature, with a specialization in French and Portuguese. Over the past few years, she had the opportunity to study and conduct research in Senegal and Ghana and to participate in the Critical Language Scholarship program in Brazil. These programs, coupled with her experiences as an organizer, ignited her passion for Pan-Africanism, anti-imperialism, and global black radicalism. This passion has made her especially interested in Burkina Faso, a country famous for its revolutionary history, especially in the 1980s during the presidency of Thomas Sankara and in more recent years during the popular insurrection of 2014-2015. As a Mellon Mays Undergraduate Fellow and a participant in Barnard’s Emerging Filmmaker Mentorship Program, Richardson traveled to Burkina Faso to conduct research on the history of the revolution and to film interviews with local organizers who are leading the struggle against French neo-colonialism and other forms of foreign intervention. The Fulbright will allow her to document the history of the Burkinabé revolution from a popular/grassroots perspective, which will ultimately lead to a people’s history of this historical moment, with an emphasis on women in the struggle. In the future, she hopes to continue connecting with organizers around the world and to pursue a Ph.D. in African history to document similar crucial but under-researched moments in history.

Greta Schatz double majored in linguistics and Russian language and literature. Schatz interned at PEN America, in their Russian and Eurasia departments, working on freedom of expression projects in the region. She also has a passion for foreign language education — which is what inspired her to apply for Fulbright — and has worked as a camp counselor and social media manager at Concordia Language Villages’ Russian-immersion summer camp. She plans to pursue a Ph.D. in linguistics and hopes that the experience teaching English as a Fulbright fellow in Russia will prepare her to teach at the college level in the future. 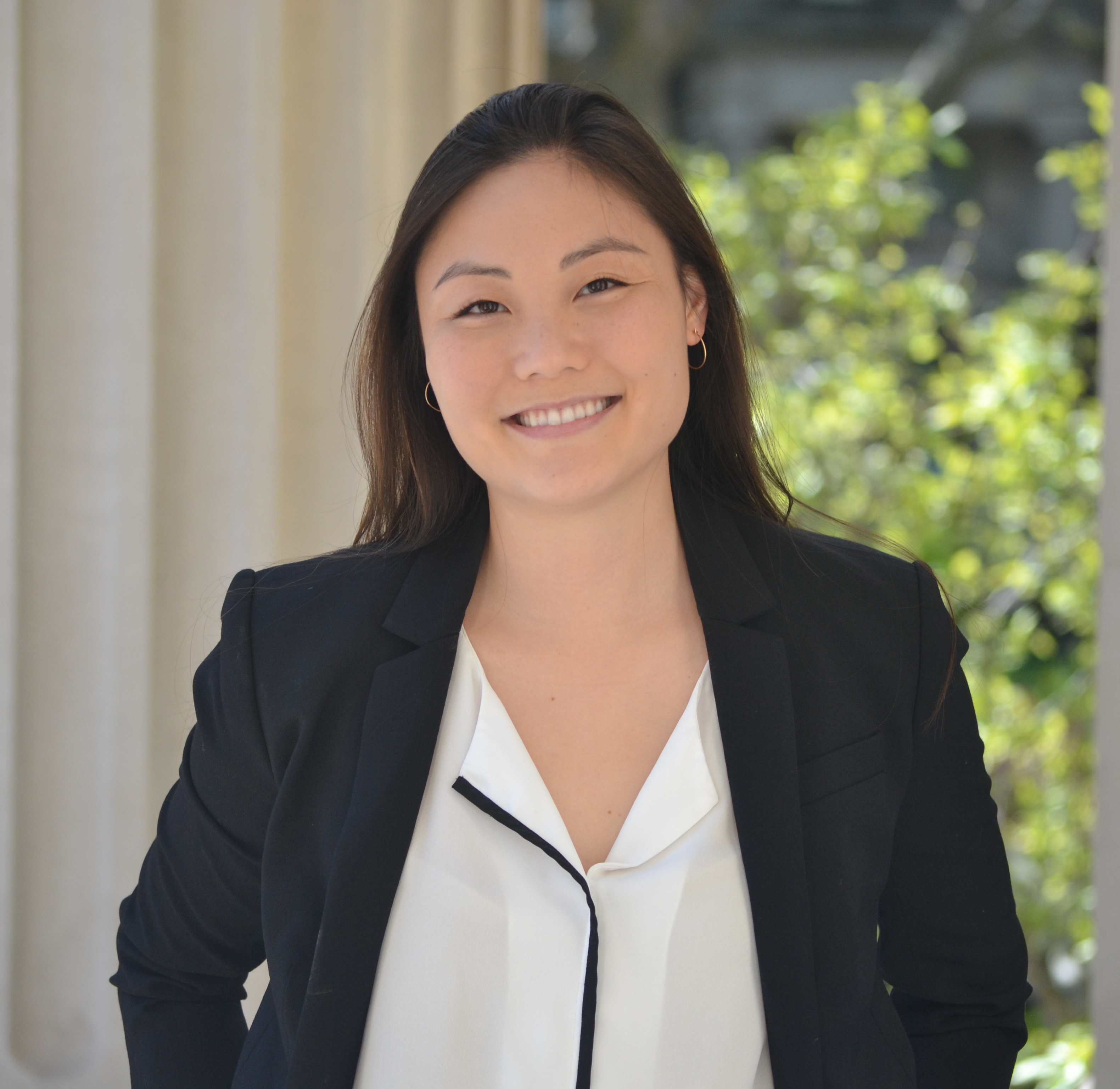 Nina Tang majored in cellular/molecular biology, with a minor in psychology and a premedical track. During her time at Columbia and Barnard, she engaged in many different types of bacterial research, such as studying symbiotic bacteria in aphids, conducting lyme disease fieldwork, and, more recently, working on antibiotic resistance mechanisms in the lab of Anne-Catrin Uhlemann at CUIMC. Through these projects, she nurtured a passion for the study of microbiology and infectious diseases. While in Switzerland for her Fulbright Scholarship, she will collaborate with Jan-Willem Veening’s group at the University of Lausanne to study mechanisms of heteroresistance — a type of antibiotic resistance pattern — in human and veterinary isolates collected from local hospitals and farms. Before leaving for Switzerland, she will join Elise O’Connell’s group at the National Institute of Allergy and Infectious Diseases (NIAID) — part of the National Institutes of Health — to investigate the pathogenesis and immune responses to parasitic infections and neurocysticercosis. After her Fulbright Scholarship and her stay at the NIAID, Tang plans to apply for M.D.-Ph.D. programs in infectious diseases to pursue a career as a clinician-scientist.

The eighth Fulbright recipient was selected for a Research Grant to Morocco but declined to be profiled for this story.